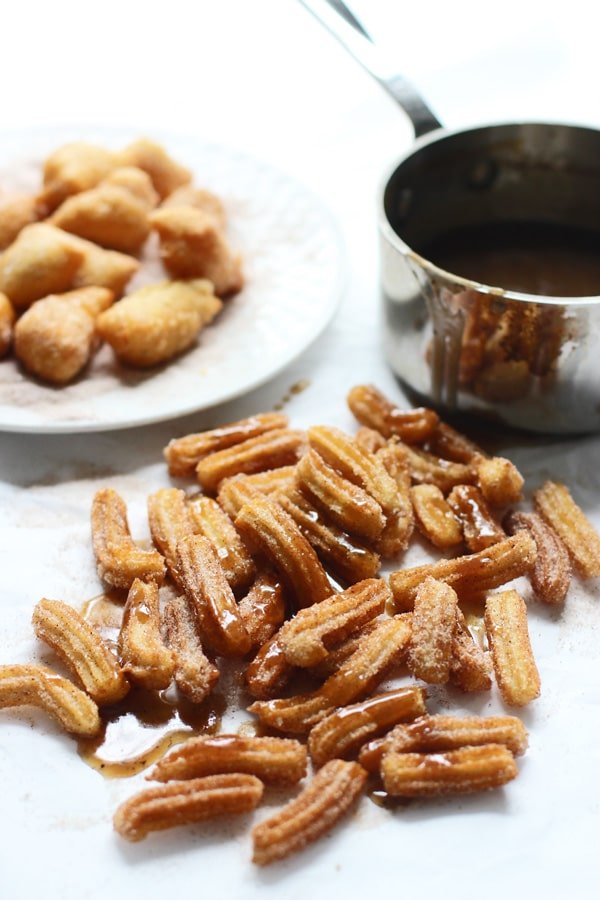 I know practically every time I share a dessert recipe with you, I sit here and I proclaim I’m not “a dessert person.” But I’ve come to the realization that’s not entirely true. I thought I wasn’t a dessert person. I think because I typically prefer something savory to something sweet, I interpreted it that way. But like most things in life, it’s not that black and white.

I can be a dessert person, and I can be a savory person. The two can coexist. What…..a revelation. 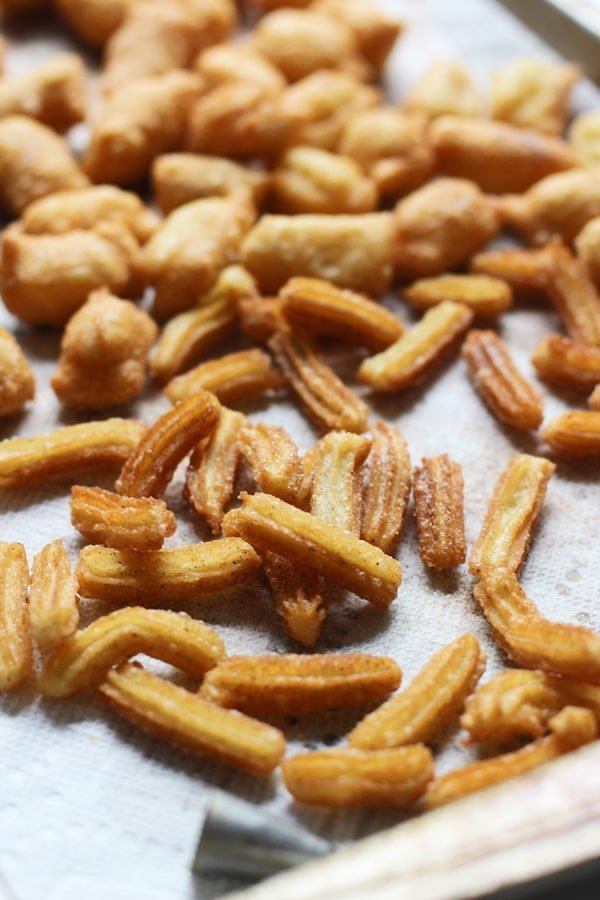 I think more than anything my taste buds have just changed over the years. As a kid I was never one to go on a sugar high from eating a few too many snickers bars after Halloween, and was never caught stealing cookies from the cookie jar (although the dough is another story). While other kids were running around like crazy sugar-ridden monsters, I was busy slurping up each noodle from Martha Stewart’s fettuccine alfredo recipe and snacking on warm whole-wheat bread with melted butter. Probably not the best choice nutritionally, but eh.

My love for desserts has multiplied since then, thanks to my more mature taste buds and to my husband who has a habitual sweet tooth — the guy asks what we’re having for dessert every,single.night. And for a while, I obliged, but as you can imagine, my waistline was not feeling the dessert every night thing. These days I try to keep my dessert consumption to a minimum, but when I do make/eat it, it’s got to be worth it, and it’s got be something unforgettable. 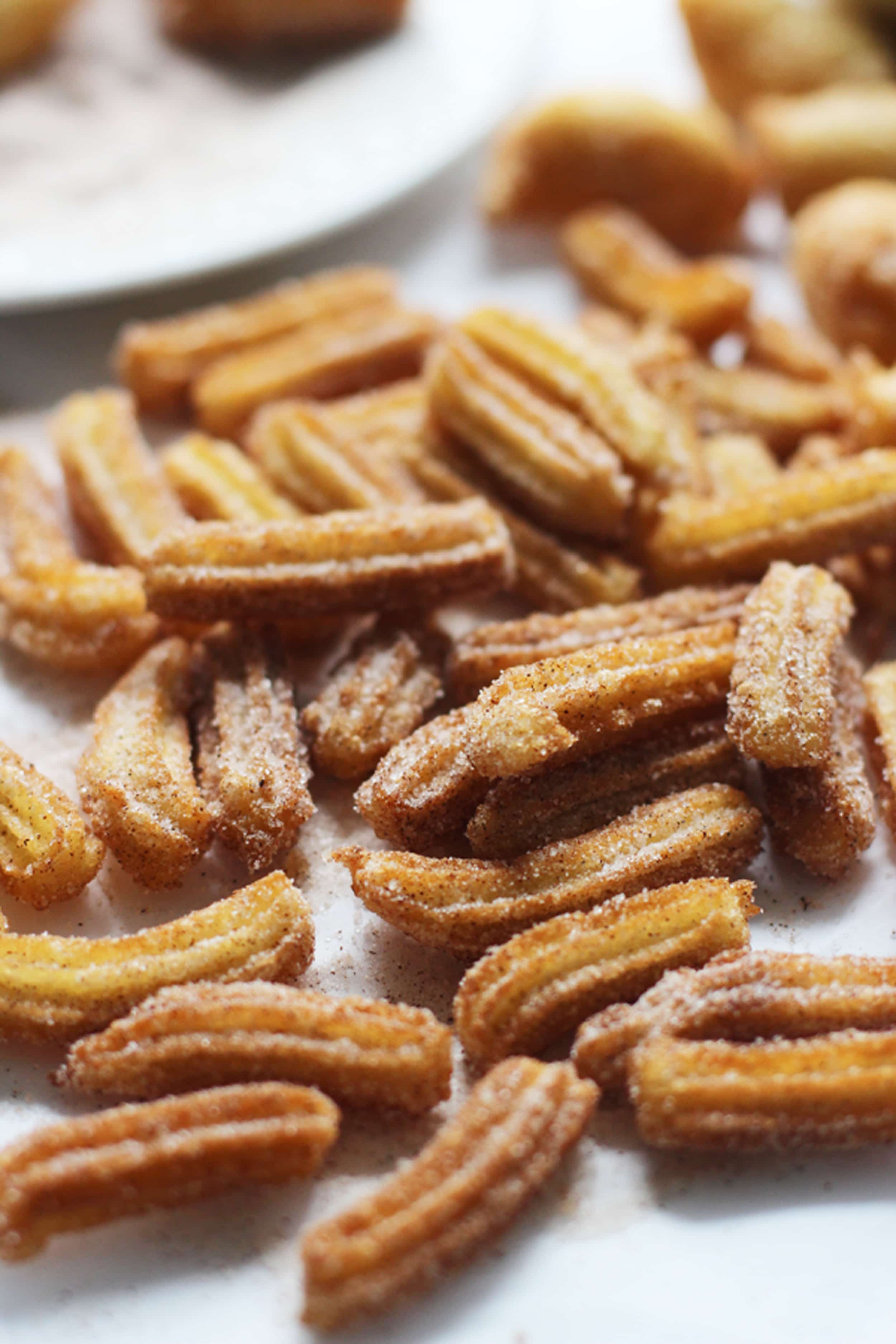 Churros are something that have been on my brain to make ever since Kevin and I took our first trip together to Puerto Vallarta (Our favorite place on earth.). More nights than not, we’d cap off the evening with a freshly made churro from a family-run stand near our hotel. The line was always ridiculously long, but we were more than happy to wait, because what waited for us at the end, was the most delicious churro I’ve ever had in my life (and Kevin’s first). Each churro was made right before our eyes, the batter would be gently pipped into the hot oil to be fried to perfection, rolled in cinnamon sugar and then stuffed with you choice of filling — mine always being dulce de leche.

The last time we went back to Puerto Vallarta, we tried to find the same stand, but unfortunately it was nowhere to be found. We spent the rest of the trip trying to find another one, but to no avail, who would’ve thought it would be impossible to find a churro in Mexico??!

Because I knew that I probably wouldn’t find/create a recipe that rivaled the churros we fell in love with in PV, I thought it would be fun to do a totally different spin on them. At first I toyed around with idea of making churro pretzel bites, but then found a cake decorating kit that had the tiniest star tip included. An immediate light bulb went off — brown butter churro fries!

And because I’m on a brown butter (my only acknowledgment of the fall that’s bound to come eventually) binge, I found it only appropriate to include it in yet another recipe. (Sorry there are more to come.) 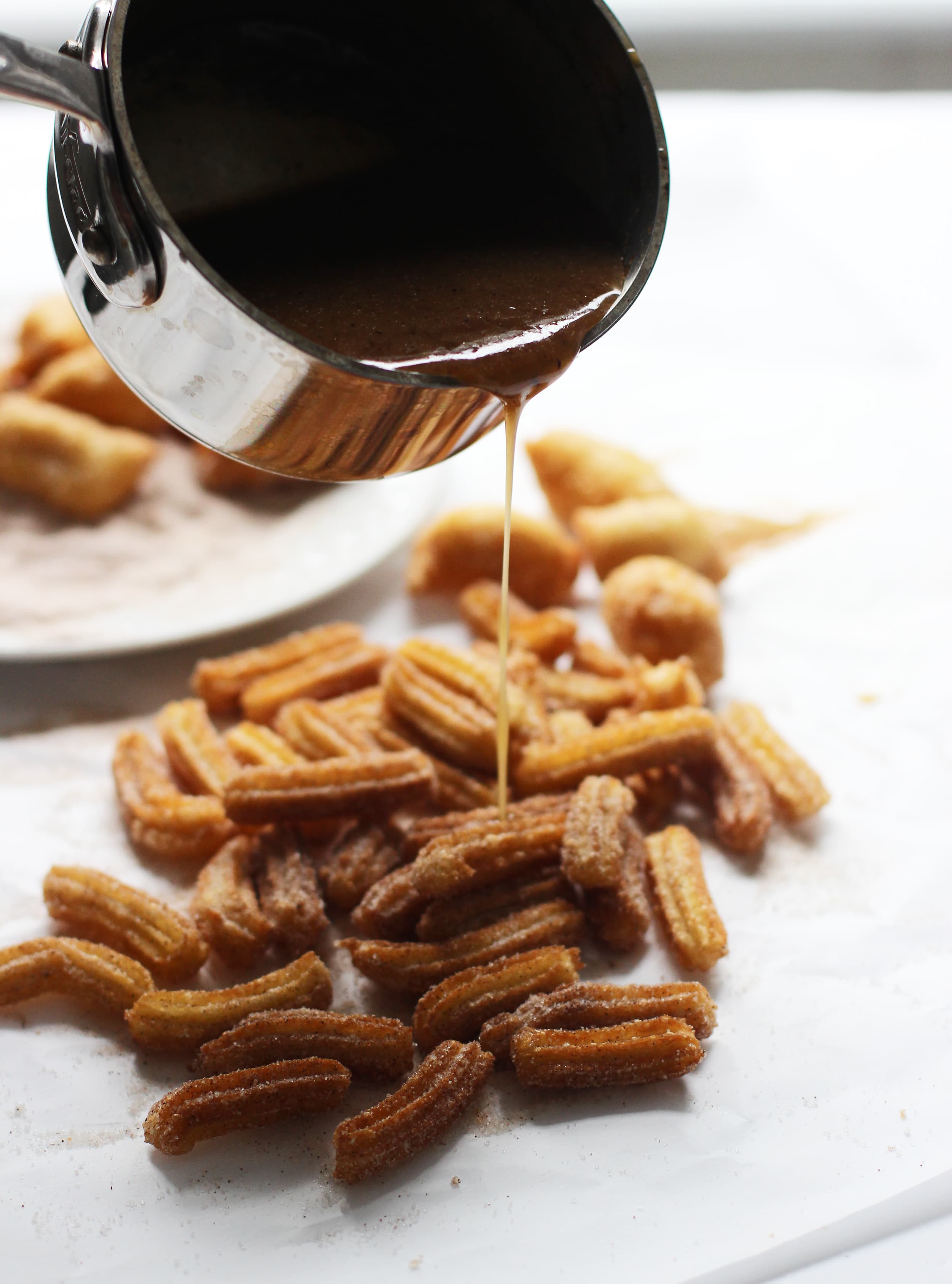 The recipe is pretty simple. Similar to making a profiterole (cream or cheese puff), the base of churro starts of with a pâte à choux dough, which is basically just a mixture of butter, water, sugar, flour and eggs. The only change I made in this recipe, was to brown the butter first. I added the water and sugar, simmered until it dissolved and then added the flour in all at once. The mixture is stirred vigorously until it comes together and then the eggs are added one at a time until each egg is completely combined.

The dough is transferred to a ziplock baggie fitted with a small star tip and then pipped into hot oil, fried and then rolled in cinnamon sugar and drizzled with a super easy brown butter caramel sauce. And by super easy, I mean, the butter is browned, the rest of the ingredients are thrown in, and the sauce is complete in under three minutes. 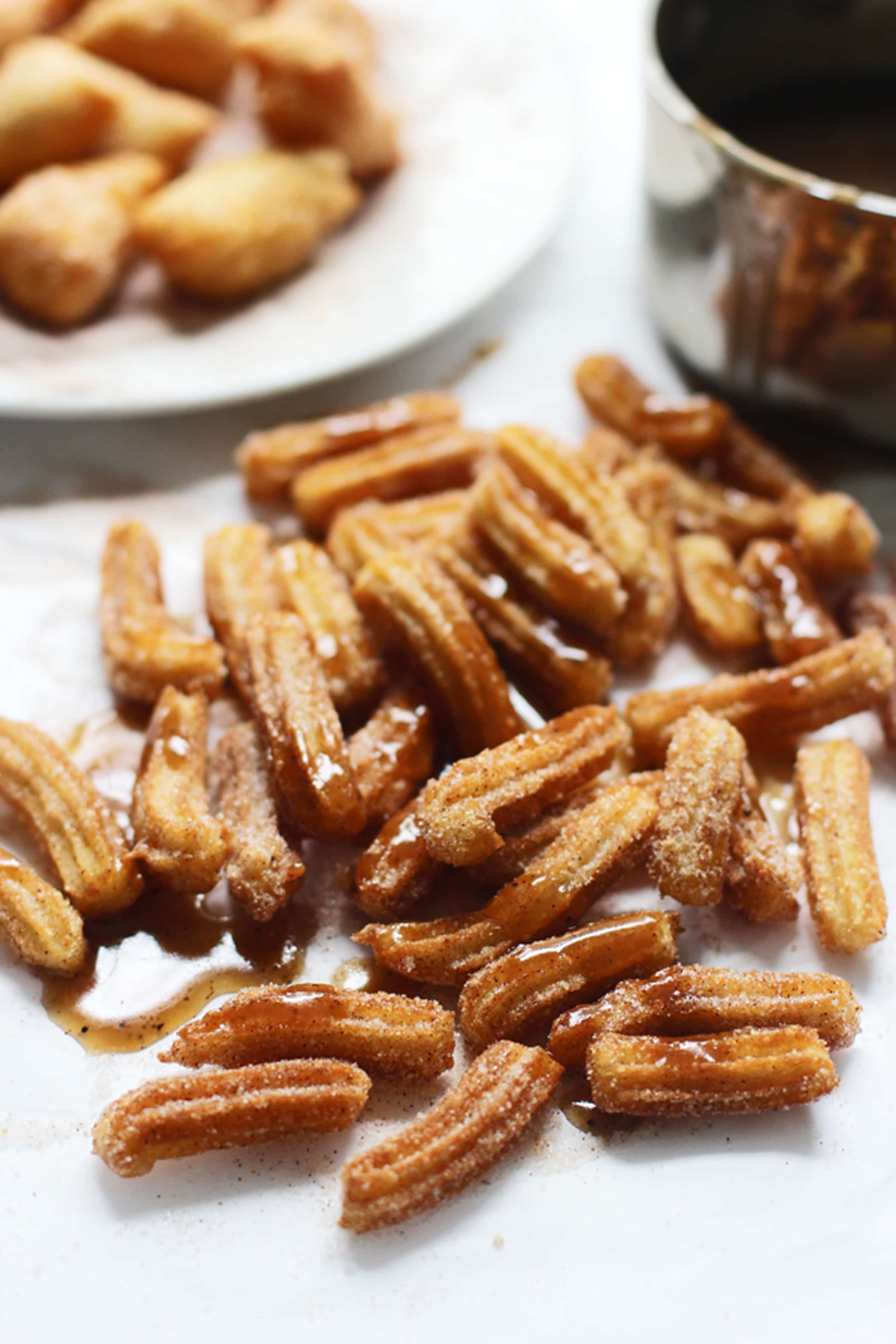 I like to call these the cheese fry of desserts — seriously decadent, addictive and totally worth the indulgence. 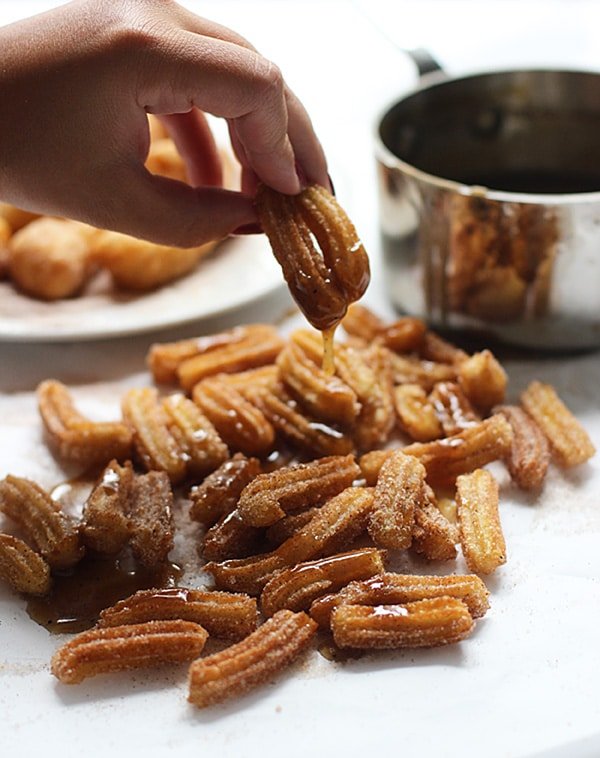 These are the cheese fries of the dessert world! Tiny churro fries are covered in a super easy and quick brown butter caramel sauce.