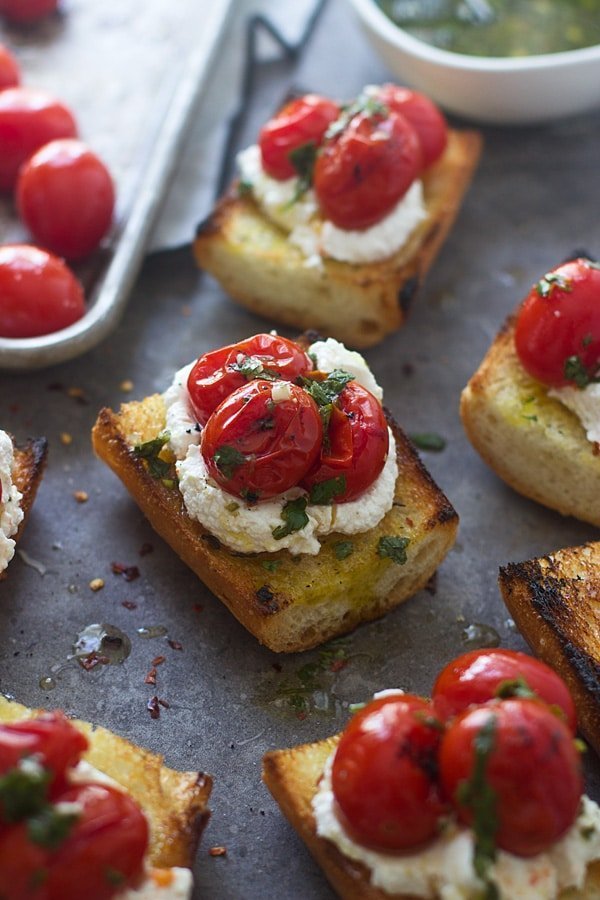 I could live off small bites.

In fact, some of my favorite dinners are the ones where Kevin and I sit on our screened-in porch and drink a few beers while nibbling on cheese, charcuterie, and whatever crostini I can whip up from the contents of our fridge. I take great pride in the fact that I have the innate ability to make something out of nothing when it comes to food. While Kevin peers into the pantry and fridge and can confidently declare it’s going to be a takeout night, I can take a second look and find a whole treasure of items that will either make a great meal, or the perfect ingredient list for a handful of small, perfect bites. 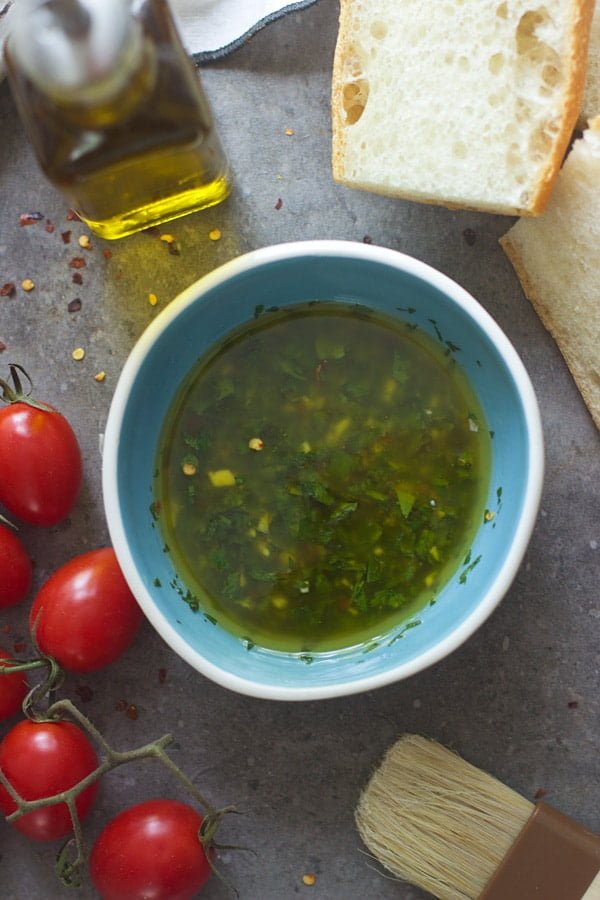 In the case of today’s recipe, I looked in the fridge and saw a couple lonely, too-close-to-their-due-date cartons of milk, leftover tomatoes from the previous night’s salad, and a crusty French baguette I impulsively picked up that morning. All the perfect foundation for a hearty bruschetta. 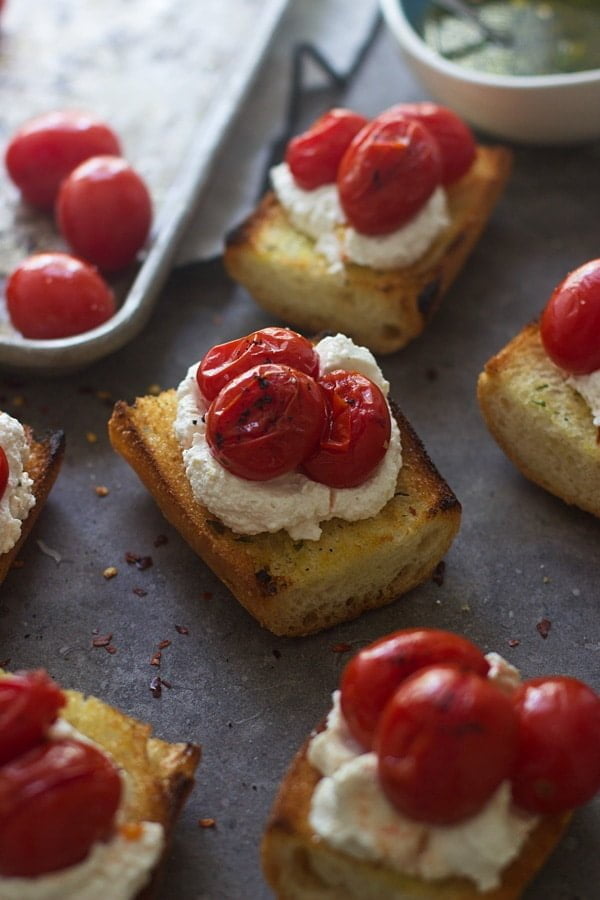 Homemade ricotta is one of my favorite foods to make in the summertime, and always makes an appearance in our house right when the days start to turn from comfortably warm to blistering hot. I haven’t really pinpointed exactly why I associate it with the warmer days, but I suspect it has something to do with the first time I tasted homemade ricotta, which happened to be on one of the most ridiculously hot summer nights at my favorite tapas restaurant here in KC.

I had originally ordered the whipped ricotta and grilled bread because it was the cheapest thing on the happy hour menu and I wasn’t confident the five other small plates I’d ordered would be enough to satiate my appetite. Funnily enough, the last-minute order was my favorite, so much so, that I ordered another round before I headed out.

The next day, I picked up enough ingredients for at least three batches, because surely I would get it right on the first try. Turns out, ricotta is ridiculously easy to make. All you do is throw your liquid in a large pot, bring it to a boil, season it with some salt, throw in some acid, give it a stir, and watch as the curds magically separate. You pour the entire mixture through a paper towel-lined sieve, and let it drain until all the liquid is gone. You could leave it as is, but I like to throw it in the food processor to whip it up, especially because I went with a combination of milk and half and half instead of cream, which makes for a more dense final product. The ricotta gets smothered on to the baguette pieces that have been drizzled with olive oil and grilled, and then it’s topped off with baby roma tomatoes that are slightly charred and just about to burst. I finished the ensemble off with a quick drizzle of homemade chimichurri sauce, but if you have store-bought pesto on hand, that would work just as well.

The only other thing you need to turn this into a meal is a generous glass of rosé. 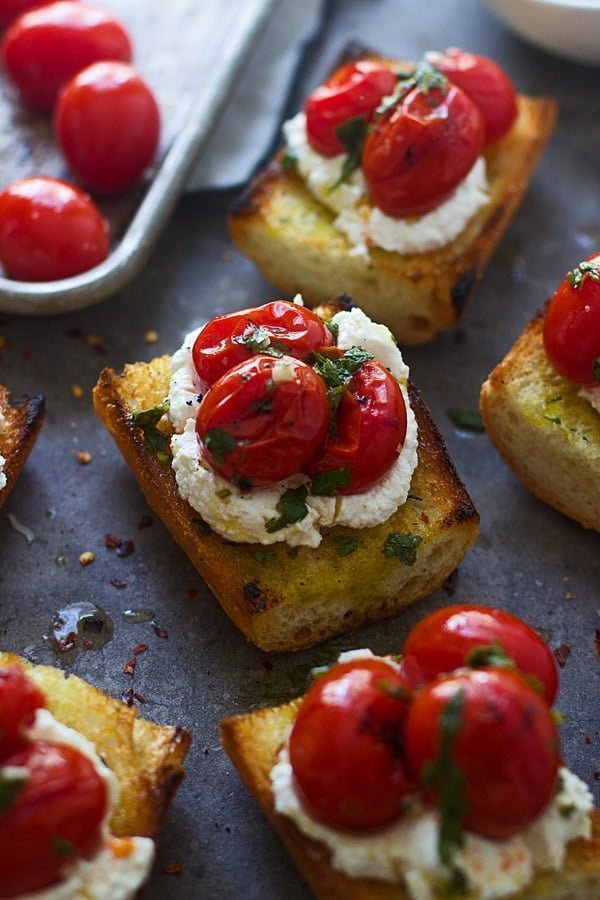