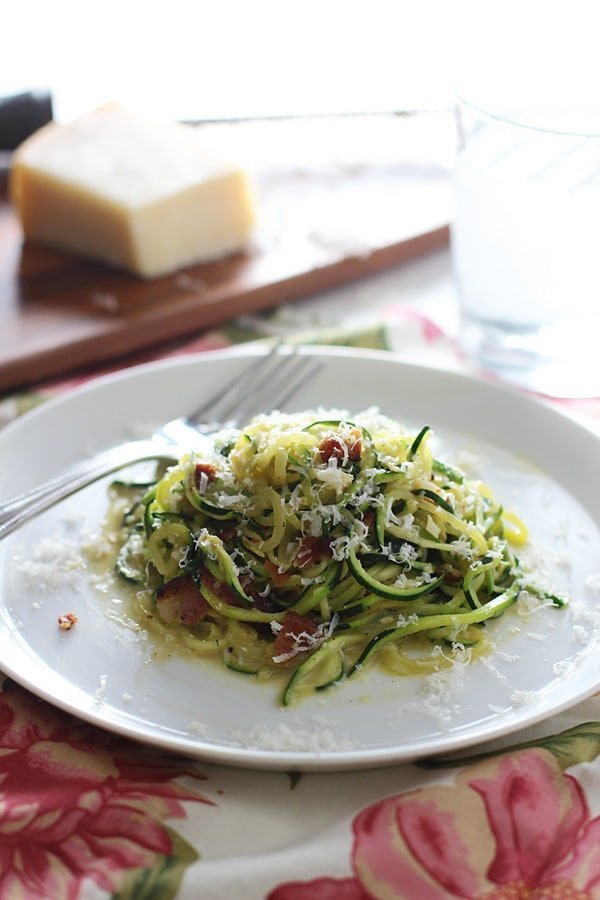 No, I’m not pregnant.

No, I didn’t win the lottery. 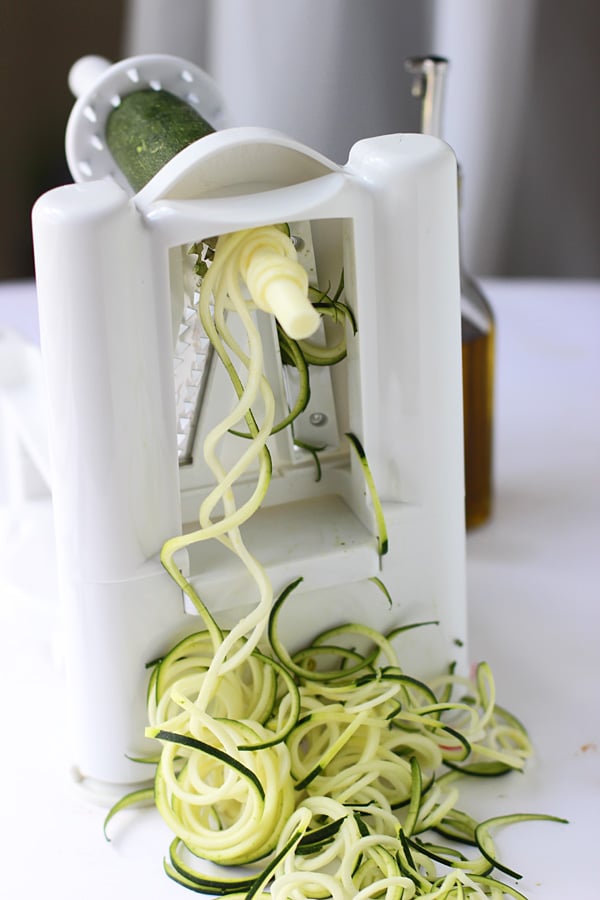 My Mom got me a spiralizer in my Easter basket this year! (Yes, I’m 27 going on 28 and I still get an Easter basket from my parents.)

Ok, so not really that big of news, but I was pretty excited about it. I’ve wanted to try this whole spiralizer craze for quite sometime, but didn’t want to actually buy a spiralizer, I mean, how often would I really use it? BUT if someone else is getting for me, I’ll take it . Of course I got it out immediately, but only actually starting playing around with it after 25 minutes of trying to figure the darn thing out – note to self, don’t make everything so complicated.

These zucchini “noodles” were my inaugural attempt and I have to say, it was quite the success. So successful in fact, that I don’t need to ever eat pasta again. 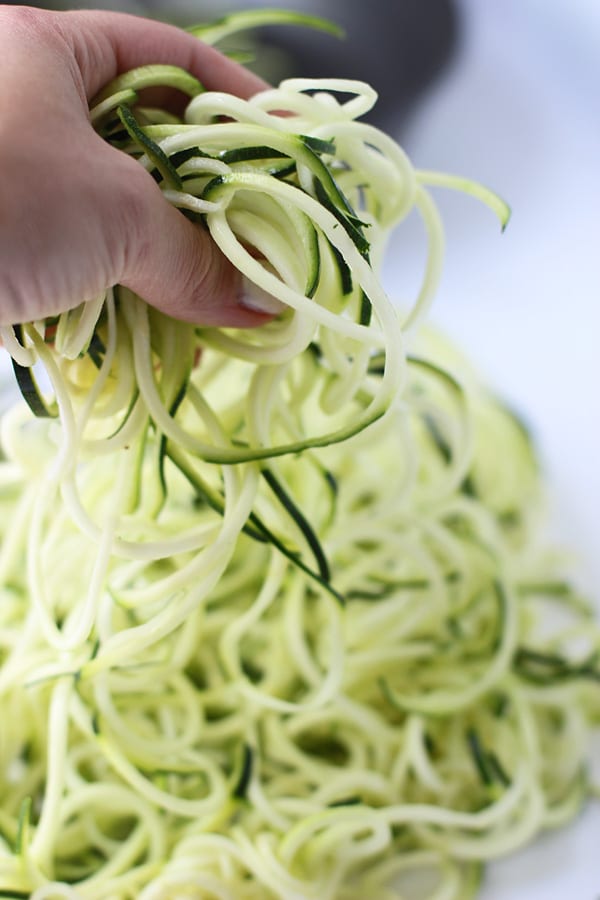 Psych. You know very well I could never give up eating pasta. But seriously, I really really liked them, and was surprisingly, completely satisfied and full after I scarfed the whole thing down. 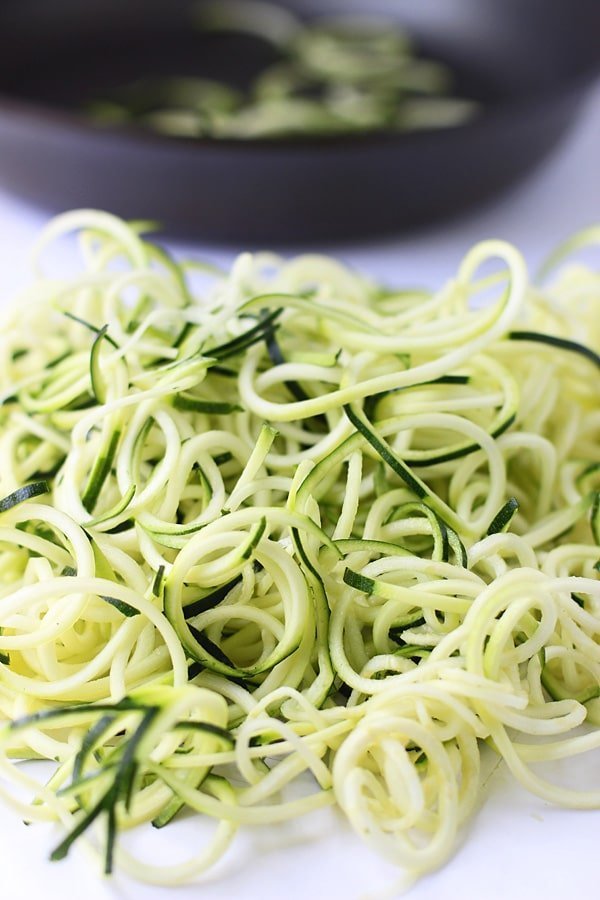 I thought it best to start out with something relatively simple, and I had bacon, eggs and parmesan cheese on hand so carbonara was my first inclination.

I cooked up a little bit of bacon in a non-stick skillet, took it out and drained off all of the fat except for about a tablespoon, added in my spiralized noodles along with a little bit of salt and garlic, and let them cook down.

Here’s a little preliminary warning, they cook down pretty significantly, I thought that two zucchinis would be plenty for two people, but it shrunk down so much that it only fed myself – as you can imagine Kevin was so disappointed that he ended up getting real pasta carbonara. 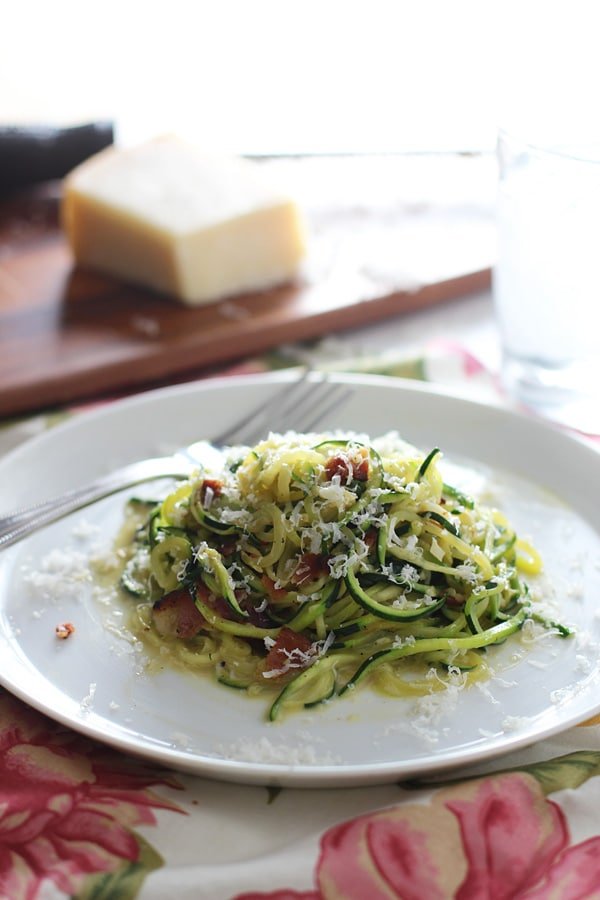 While the zucchini is cooking down I whisked an egg yolk, Cajun seasoning (optional) just a touch of milk and a big handful of parmesan cheese in a small bowl. When the zucchini was tender, I turned the heat on low and slowly poured in the egg mixture while tossing the “pasta.” The residual heat will start to cook the eggs, and create a super silky cream sauce, but make sure to keep tossing, if you stop, you risk curdling the eggs and many, many tears.

At the last minute the bacon is tossed back in along with a good amount of black pepper, and any additional salt or parmesan cheese to taste. 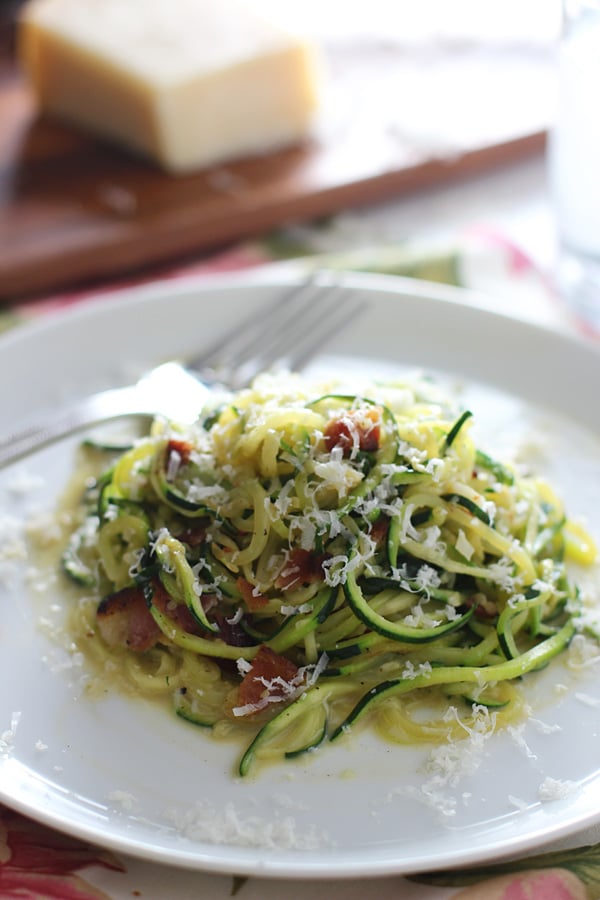 If you’re feeling fancy, you can fry up an egg to top it off with…

Have a great weekend my friends! 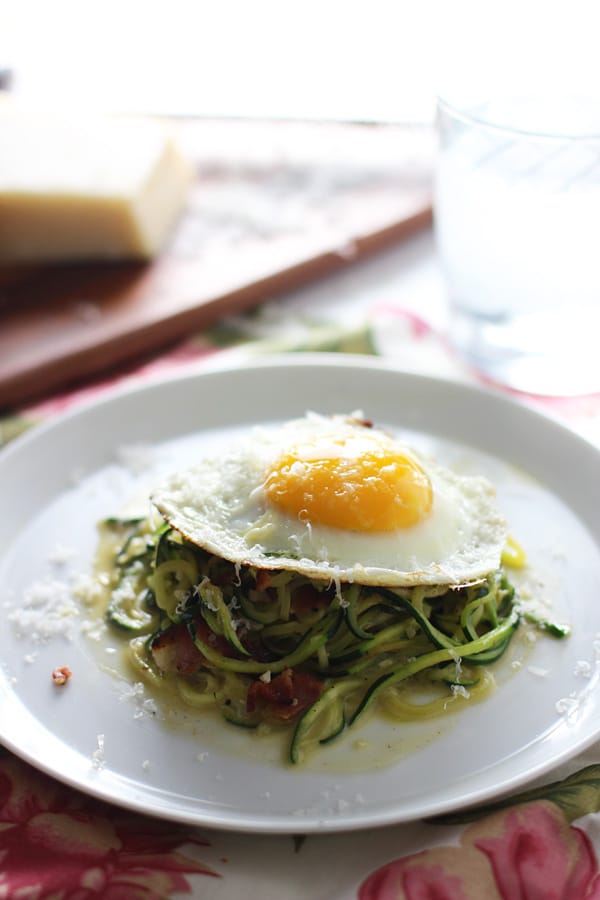 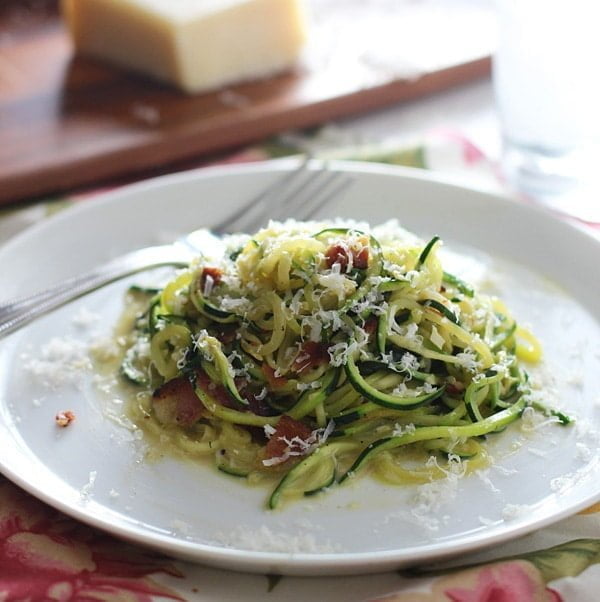