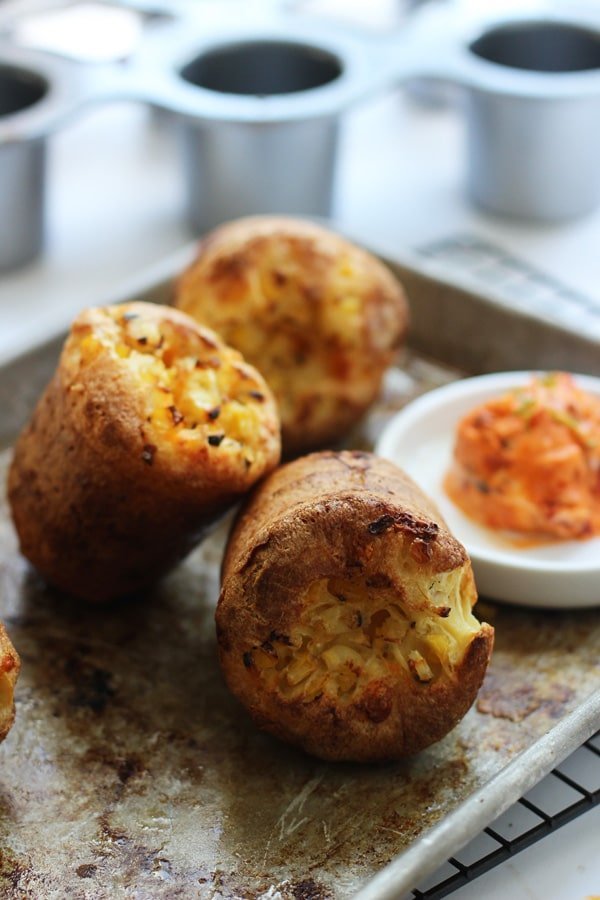 A few weeks ago, I channeled my inner Stephanie and attempted to make homemade brioche. At first, things were going swimmingly; I was belting out the lyrics to various Celine Dion songs while simultaneously dissolving yeast, sifting flour and testing butter temperatures. I was feeling confident, and was already making plans to test out homemade puff pastry or croissants next. My yeast was bubbling. My dough was rising. Things were looking bright. And then….I had to store the dough overnight, and my work of love took a prompt nosedive.

The next day when I was ready to proof and bake my loaves, they just never rose. I tried setting them outside and resting them in a warm oven (which ALWAYS works for my yeast rolls), yet, nothing worked. I baked them anyways, hoping the oven would magically perpetuate them to rise into the airy, yet dense and rich brioche loaves I’ve had and fallen in love with a million times before. It didn’t. 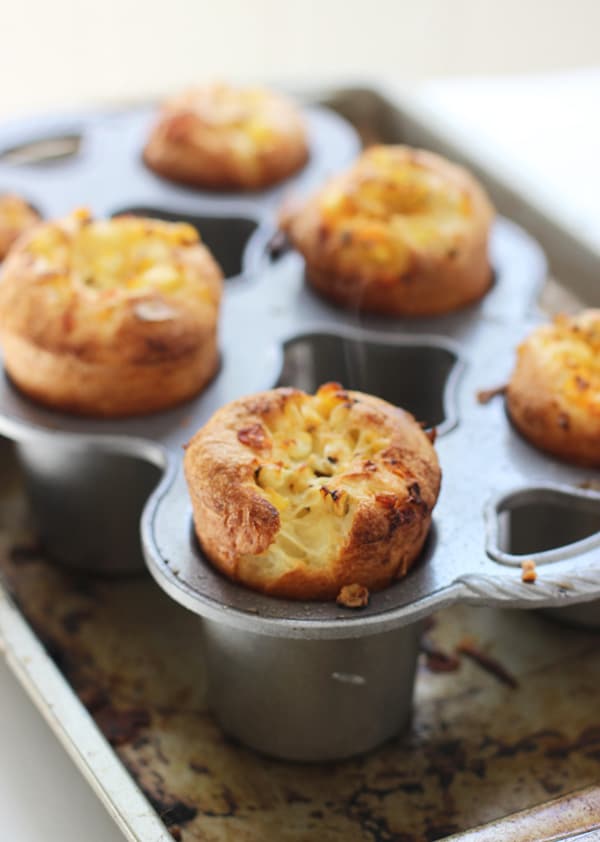 Fate was not on my side. My loaves came out tasty, but flat as a board, nowhere near where I needed them to be for the fancy BLTs I had planned. I don’t know if I just lack the finesse and innate baker’s gene, or if this was just a fluke. While I don’t proclaim to be a professional bread baker by any means, if I follow a recipe, the results are usually stellar. 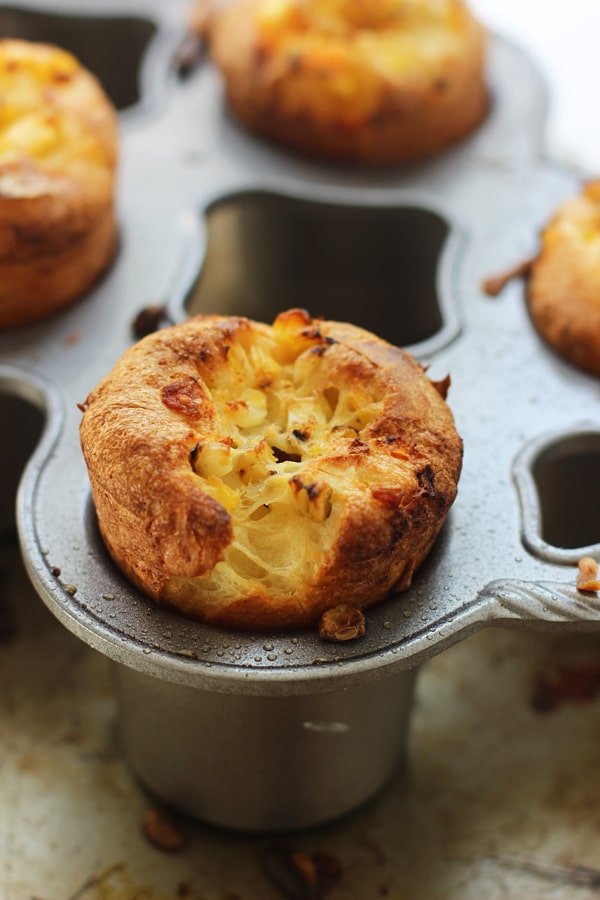 I had my in-laws in town, and while I hadn’t planned on making an extravagant dinner, we were left with a lazy Sunday that was just begging for a fancy meal. (It was also influenced by the boys desire to watch incessant football, and this girl can only handle so much of that.)

Yeast bread-baking with the initial itch, until practicality took over, and decided a quick bread was definitely the right route to take, and would ensure my sweet in-laws didn’t see my baking-gone-wrong temper – something only my husband gets to see…

I perused through my recipe idea journal until I skimmed over an idea for an end-of-summer popover – jackpot! 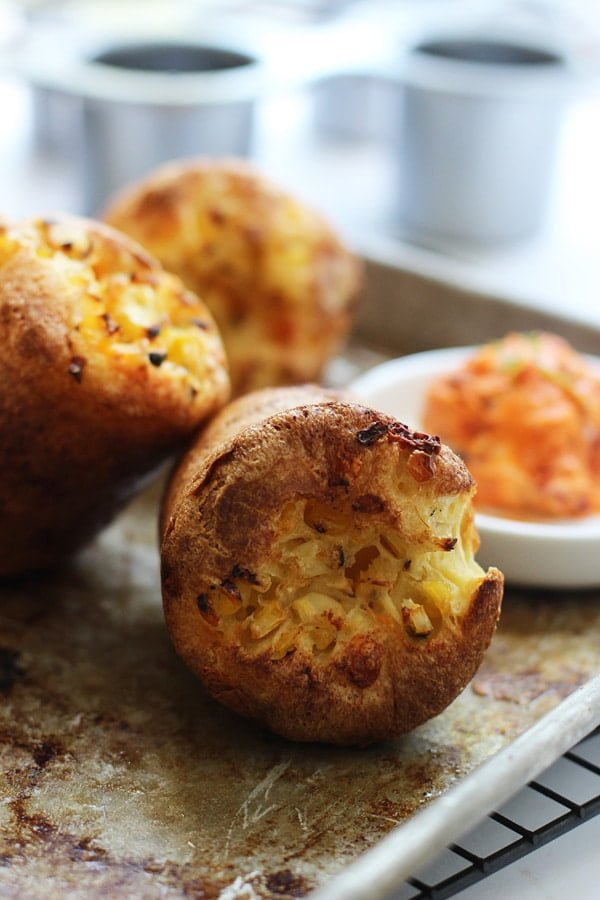 Now, before you stone me for roping popover into the “quick” bread category, hear me out. Popovers are deceivingly simple to make as long as you follow the instructions precisely.

Here are the rules:
Heavily grease your pan
Ingredients MUST be room temperature
Pre-heat your pan
Place the rack on the bottom third of the oven
Don’t peek at them until they’ve risen

Contrary to what most recipes say, I actually DO open the oven door AFTER the popovers have risen. And while all recipes say to serve them right away, I’ve also found that they can be made an hour or two in advance and then re-heated in a super hot oven for a few minutes right before serving. 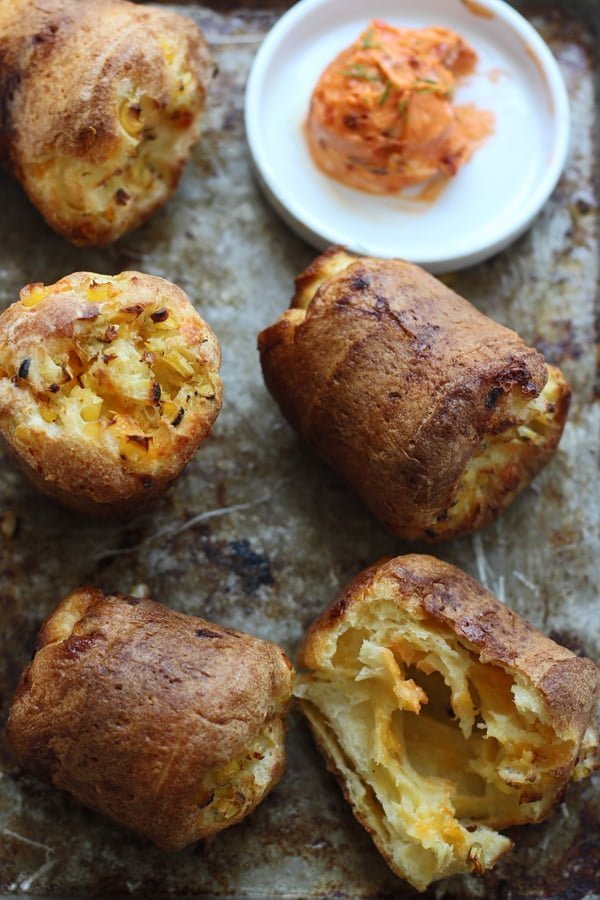 Of course these are end-of-summer popovers, so I used a little bit of charred sweet corn, crisp pancetta and cheddar cheese to spruce up this base popover recipe. However, I do have to disclose that said pancetta did not exactly make it into the popovers. Remember, how I said these were deceivingly simple?? Wellll, they are, but apparently they aren’t fool-proof… As I was proceeding to photograph these pre-baking, I headed upstairs with my screaming hot popover pan, my batter, kernels of corn and crisp pancetta, only I tripped over the dog about halfway up the steps. You can imagine what happened from there. Corn flying. Pancetta in hair. Hot pan on arm. Plate broken. Dog eating scraps. Bruised shoulder. Bruised ego.

Blogging is a dangerous job.

But! Alls well that ends well, as my popovers were a smashing success. They rose. They browned. They were perfectly cheesy. Crisp on the outside. Light as air on the inside. Chewy. Perfect.

I served them piping hot, with homemade sun-dried tomato butter, a butter you’ll want eat all by its lonesome. Do yourself a favor, and make a double batch. Slather it on toast. Melt it over fish. Toss it with fettuccine. 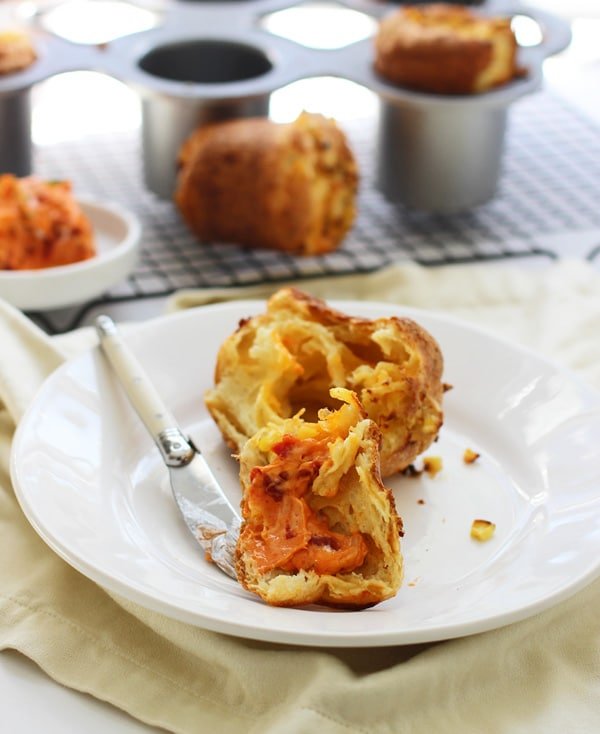 There you have it, fool-proof popovers. And by fool-proof, I don’t mean klutz-proof…. 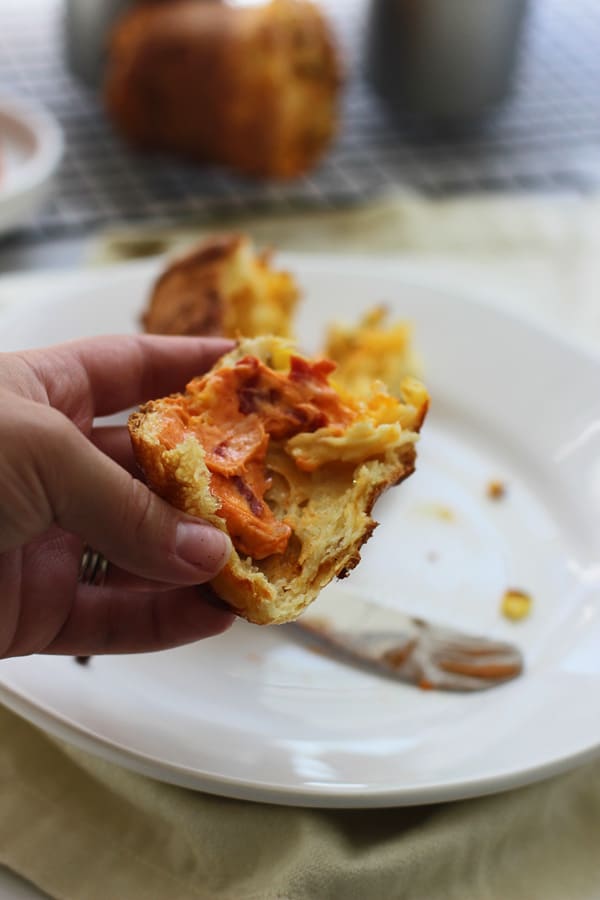 Fool-proof popovers! So easy, yet to impressive!