Our Detox Soup Recipe is the perfect way to jump-start your health after an indulgent weekend. We simmer chicken bones with a variety of veggies, garlic, ginger, and lemongrass until the water turns into a deep, rich broth. Serve the broth with leeks, spinach and any of your other favorite veggies. 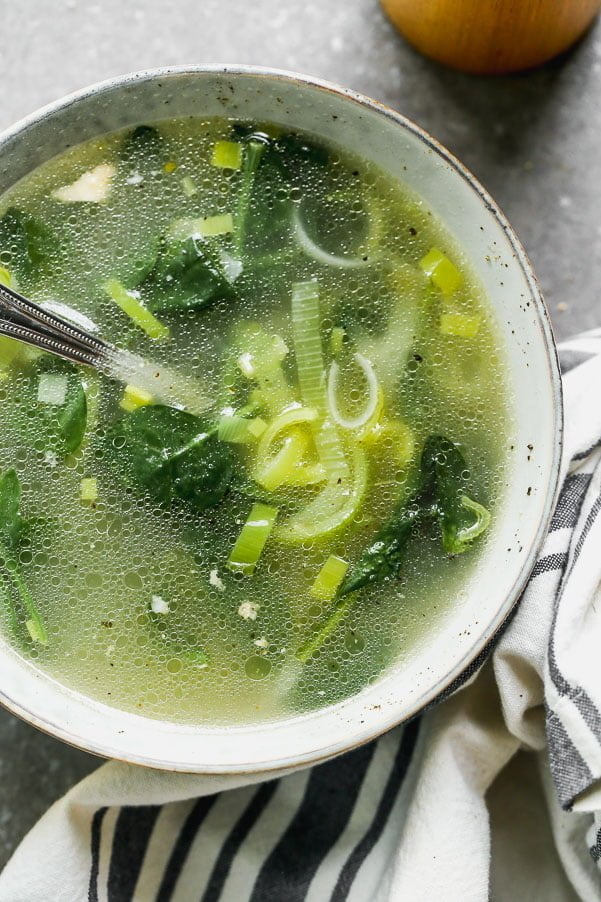 Sometimes, you just need a restart. A health boost. A way to reverse all the fat, calories, and alcohol you consumed over the past three months of quarantine.

Ha. This detox soup recipe is good, but it’s not magic. I wish there was a way to instantly reverse all the bad food decisions I’ve made in recent weeks. Our detox soup is not going to do that, but it is a great start in the right direction.

Our detox soup recipe is basically a homemade chicken stock, but better, and with notes of lemongrass and ginger. Once the broth comes together, we throw in a handful of sweet leeks and a TON of baby spinach, for a great boost of veggies, and serve.

Of course, it could be a starter to any meal, but I use it as a meal replacement and a way to cut back on calories for lunch or dinner. And despite thelack of fat and calories, this detox soup is actually quite satisfying and filling. 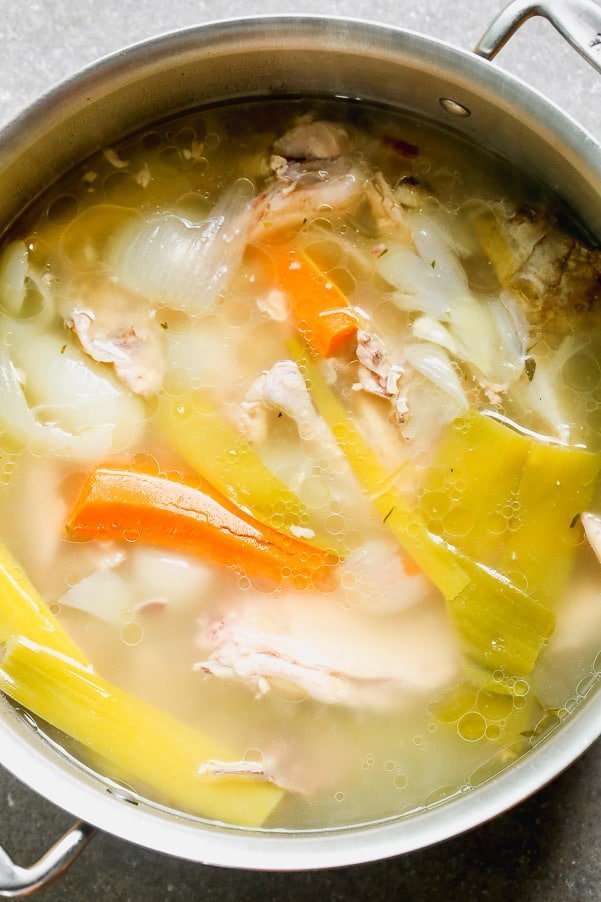 Chicken carcass. I used the leftover chicken bones from this Roast Chicken Recipe. But if you don’t have a used chicken lying around, you can also buy a roast chicken at the grocery store and pull off all the meat for our favorite chicken salad sandwiches, these super popular chicken enchiladas, or even another version of chicken noodle soup.

You can also freeze the chicken or just throw the chicken in the soup as well if you want some extra protein in your detox soup.

You do want to make sure to get all the skin off of the chicken, I find the skin can make the broth a little more gelatinous than I like so I leave it out. Any remaining bits of chicken are also fine to use.

Veggies. You can use pretty much whatever veggies you want to flavor the broth, but I like to use onion, carrot, celery, leeks, and garlic.

Aromatics. In a traditional chicken stock, we use a bay leaf, but in our detox soup recipe, we add an ever-so-subtle Asian flavor profile with fresh ginger and lemongrass. If you’ve never had lemongrass before, I’d describe it as having a sort of citrusy flair to it, similar to lemon, but a little woodsier. It’s really quite lovely.

Spinach. Spinach is such a great ingredient to add to our detox soup recipe because it’s super in low in calories, but really high in iron, vitamin A, vitamin C, and folate (great for pregnant mommas!). 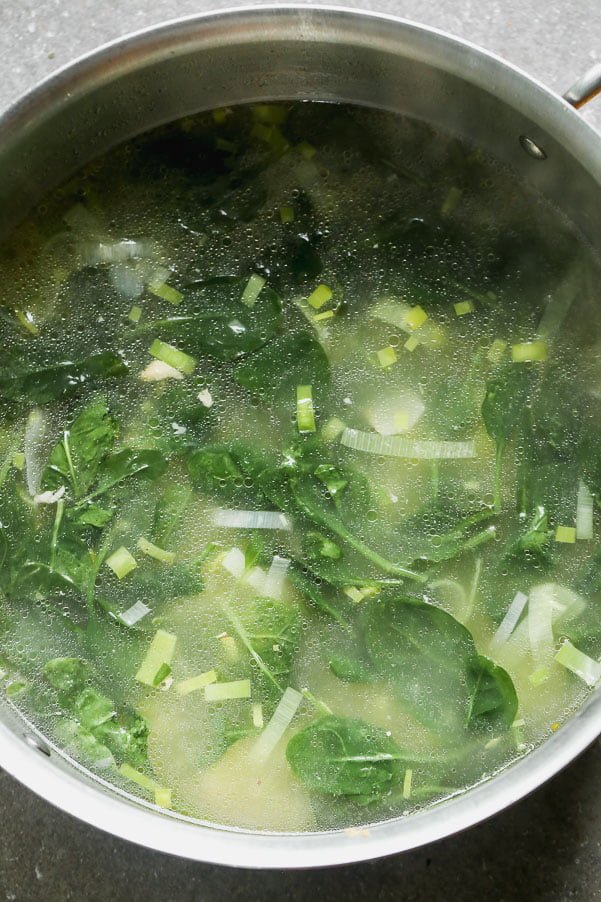 Ok, there’s really not much to this! Throw everything in a pot. Bring it to a boil, reduce to a simmer. Cook until the broth smells completely intoxicating, about 90 minutes to two hours. (You could probably speed up the process by using an instant pot – I’ll have to test.)

Remove everything solid from the liquid, add the leeks and the spinach. Simmer until wilted. Enjoy! 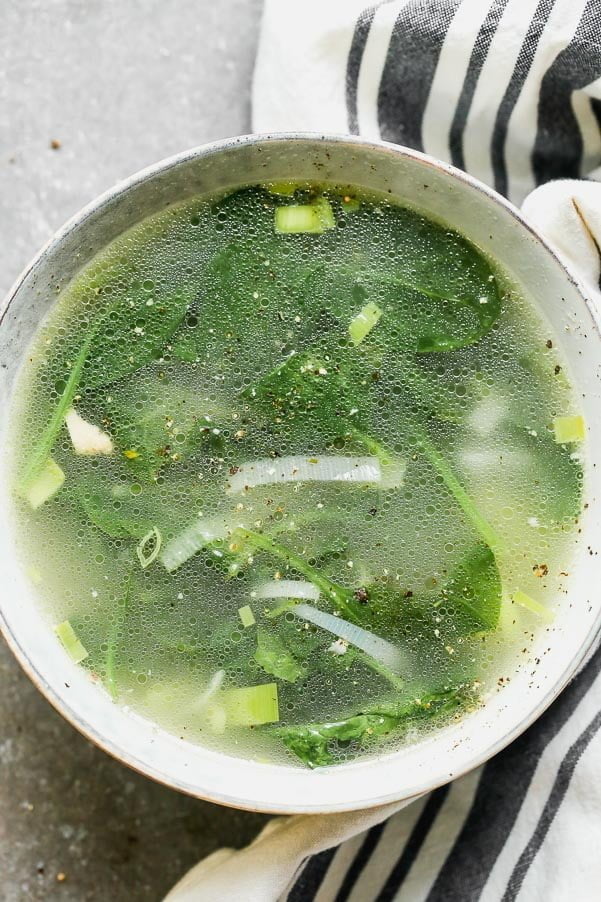 Print Rate Email
Our Detox Soup Recipe is the perfect way to jump-start your healthy after an indulgent weekend. We simmer chicken bones with tons of veggies, garlic, ginger, and lemongrass until the water turns into a deep, rich broth. Serve the broth with leeks, spinach and any of your other favorite veggies.
Prevent your screen from going dark
4 bowls of soup