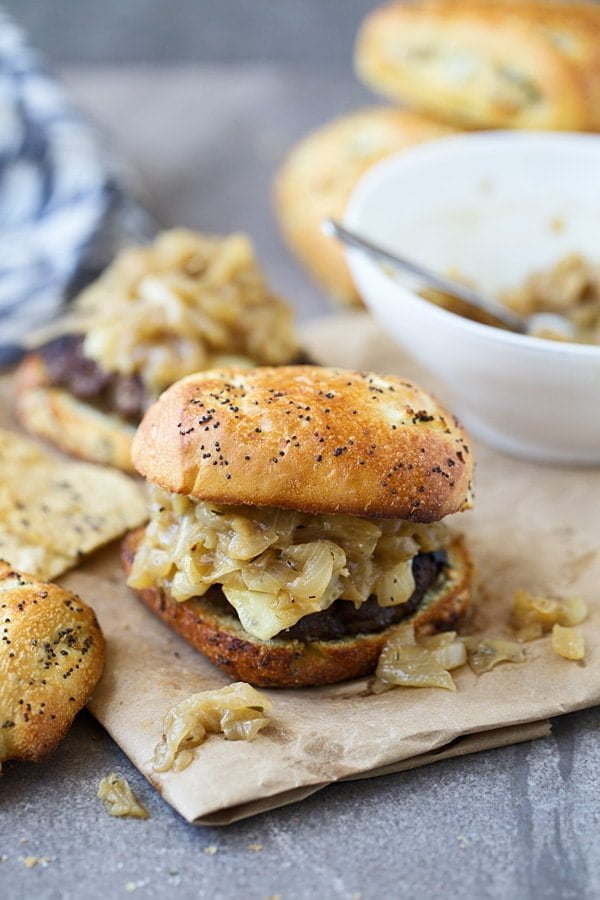 French onion soup was actually one of the firsts French dishes I fell in love with as a child. I’ve always been eternally curious when it comes to new foods, even as a small child, so I can remember the first time I read the mouth-watering description on a menu and immediately feeling a sense of urgency to order it, and inhale it shortly after.

It’s since been a soup staple I order pretty much any chance I get if I spy it on a menu – which in this day and age, is fairly often. Admittedly, I’m quite particular about it.

The broth must be hearty and salty, but not overly so.

The onions must be plentiful, and they absolutely have to have that cooked-all-day intensity properly caramelized onions have.

And the cheese?? It has to be gruyere or swiss and it has to be crispy, yet gooey when it oozes down in to the hot broth.

For my burger version, I basically took all the flavors of the classic soup, and instead of infusing it only in to the broth, I added everything to the onions after they finished caramelizing so the exact taste of French onion soup was detected in each bite. 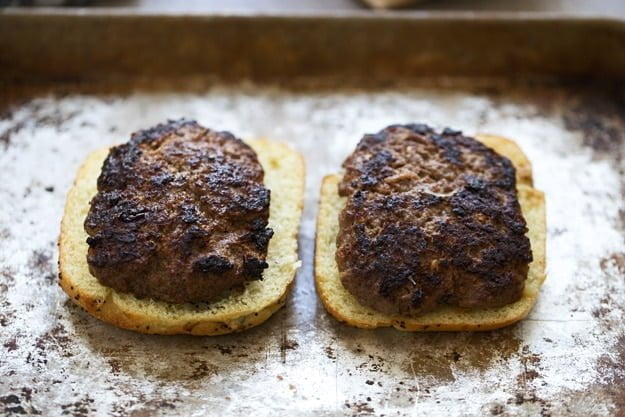 Now, if you’ve ever caramelized onions before, you know that it requires patience, lots of patience. Mine took about 35 minutes, but depending on the moisture level of the onions, it could take up to 45. I start with a couple tablespoons of butter in a skillet set to a medium, add a massive amount of onions and toss them until they start to wilt. From there, I reduce the heat down to medium-low and let the stove do its thing. Every five to seven minutes or so, they need to be stirred, but for the most part the butter and heat will do the bulk of the work.

I also learned a long time ago, that in order for the onions to cook a little bit faster and caramelize perfectly, you want to hold off seasoning until the very end. Once I think they have about three minutes left, I add the salt and the thyme, and continue to cook for a few more minutes so it absorbs in to the onions. I also add the garlic in the last few minutes of cooking, since it has a tendency to burn.

From there, I add all the classic ingredients – dry white wine, low-sodium beef broth and dried thyme. Everything is simmered and then reduced until almost all of the liquid has evaporated and they’re ready to be smothered over cheese-covered burger patties. 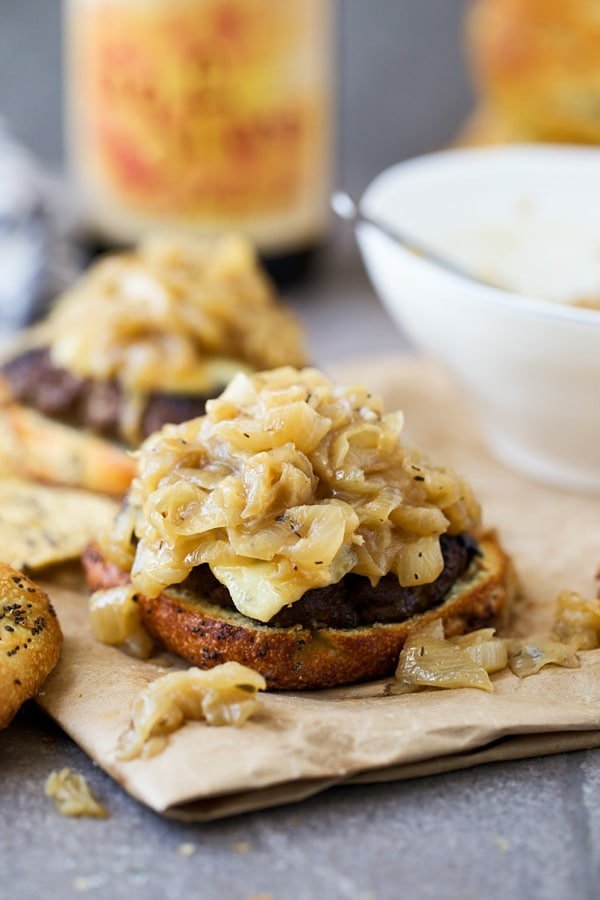 To compliment the flavors in the onions, the beef mixture is seasoned with grated garlic, onion, Dijon mustard and a dash of Worcestershire sauce. They’re formed in to patties, seared and then covered in sliced or shredded gruyere cheese. I actually tried it with both sliced and shredded cheese, and preferred shredded because the top of the cheesy got super crispy, but the bottom stayed nice and gooey.

To mimic the crispy crouton, I slathered onion buns (from Sprouts which are actually called onion pockets) with butter, seasoned them with salt and pepper and toasted them under the broiler.

Not only are these guys just a delicious burger in general, but they really do taste like French onion soup! They’re kind of the perfect way to enjoy fall flavors without overheating from slurping up a big bowl of hot broth on a sweltering summer day. 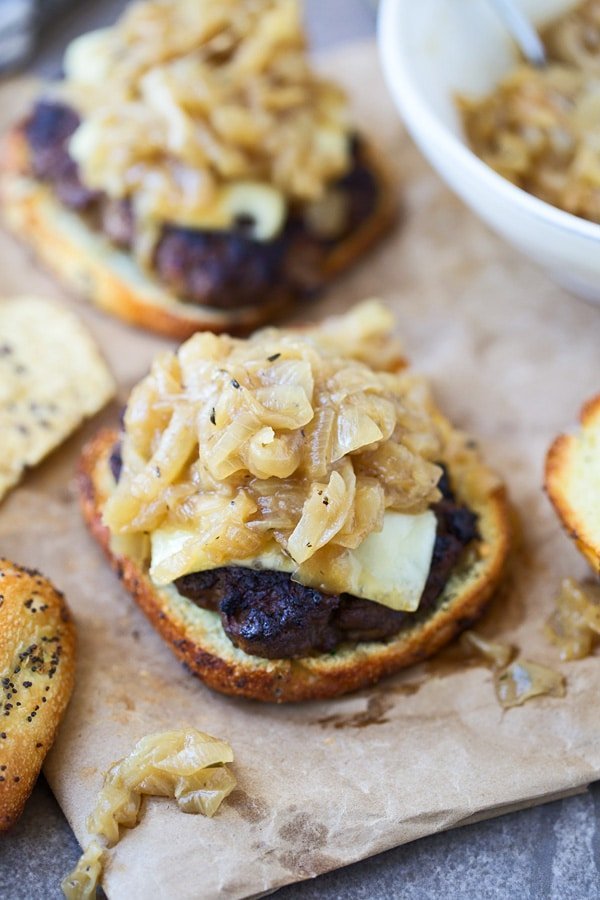