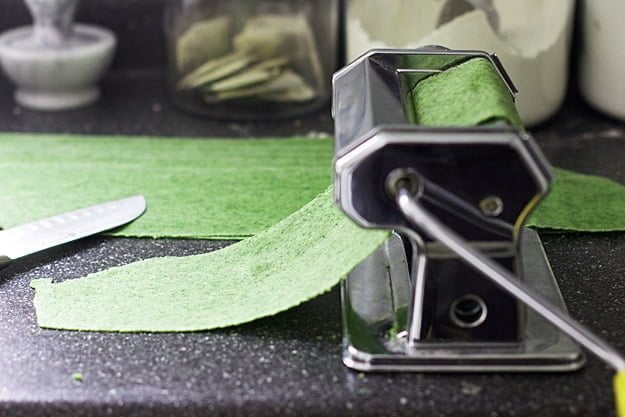 While most eleven and twelve year olds were busy filling their spare time with extracurricular activities and watching tween television, I was busy cooking up a storm and watching the Food Network. My love for cooking started at an age so young, I can’t even pinpoint the exact year. When my girlfriends would stay over for sleepovers, I would whip up eggs benedict or biscuits and gravy for the whole crew in the morning. At my parents’ dinner parties, I’d always volunteer to make a few contributions in the food department. It’s always been where I shined. I was never good at softball, nor did I like sweating by butt off in 100-degree heat – plus sporting a giant helmet wasn’t really my thing. I couldn’t kick a soccer ball for the life of me. And in the five years this five foot zero girl played basketball, I made one measly basket – I got a standing ovation. 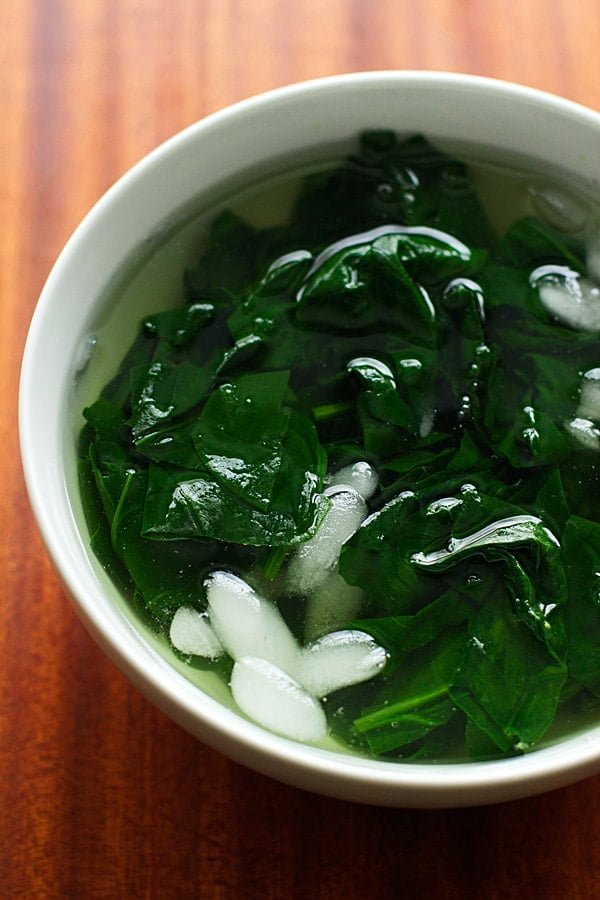 I loved that pasta machine, and still have the same one to this day. It’s one of those old fashioned, hand-cranked machines, and even though I have a Kitchen Aid that would facilitate in an expedited process, I sort of enjoy the time and effort it takes using my old one. 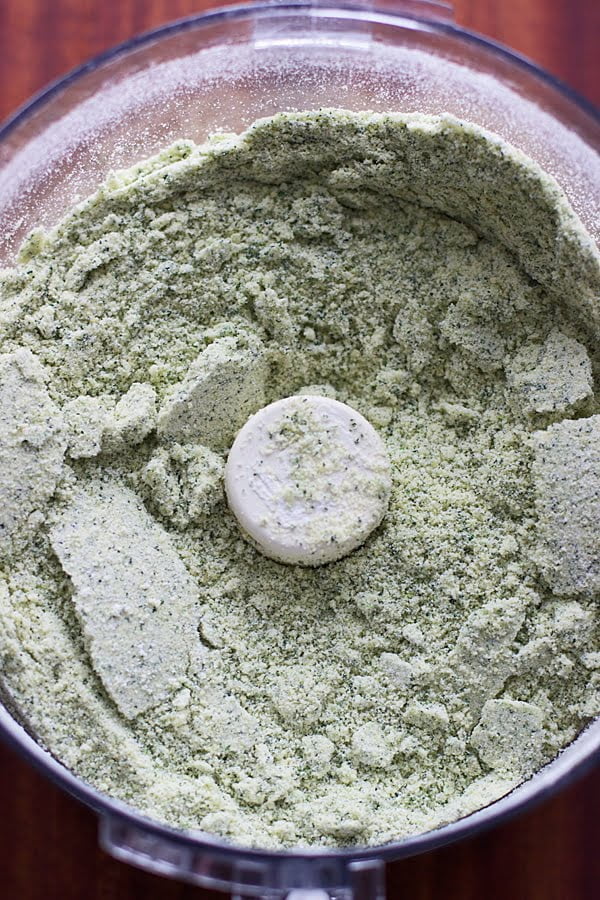 Unfortunately in the last year, my life has been exponentially busier than it has in the past. Keeping a full-time job and a growing blog while maintaining friendships and not neglecting my husband or family has proven to be quite the daunting task. My weekends were full of recipe developing and freelance projects, and even most of my weeknights were spent on the computer or photographing food late into the night. Things are changing though. I’ve slowly started to cut back on my hours at my day job, only working three days a week this month. It will taper off to a full transition into blogging in the next couple months, but in the meantime, the extra couple of days have allowed me to get back into the kitchen and cook dishes I haven’t had the time for in the past year. 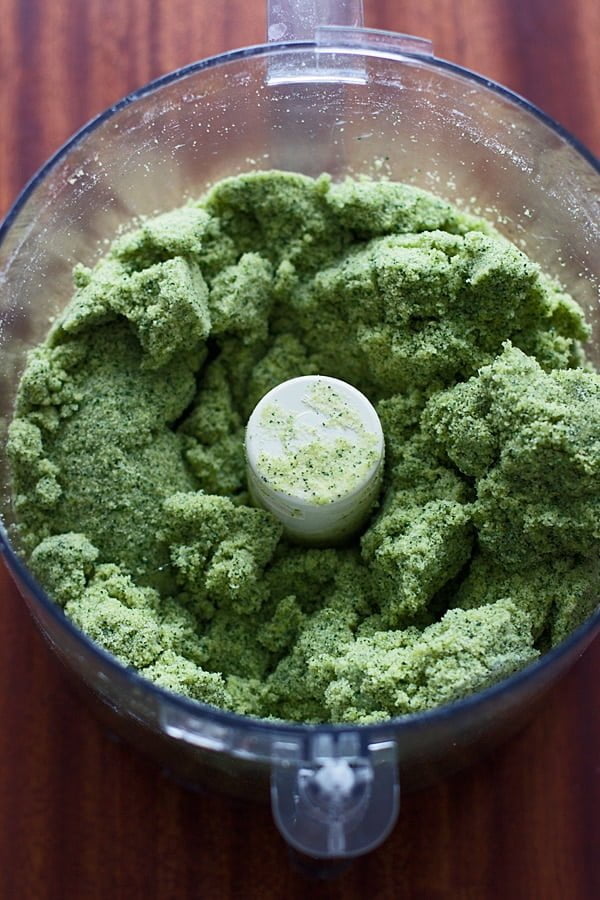 The process couldn’t be easier. Blanched spinach is tossed in the food processor with some all purpose flour and salt. It’s pulsed until the spinach is incorporated and the flour is slightly aerated. With the mixer on you add in your eggs and egg yolks one at a time, followed by the oil. I keep the mixer on for a minute or two until everything is combined and the dough starts to come together.

The mixture will be relatively crumbly, but if you grab a handful and it allows you to form it into a ball, it’s done. I formed the dough into ten balls and then covered them with a kitchen towel. 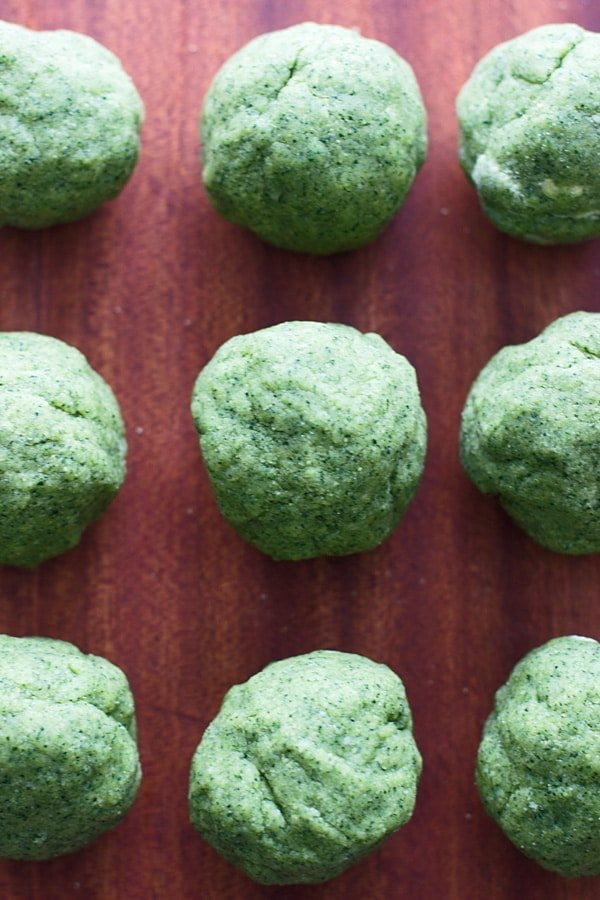 Pasta complete! At this point you will cut them pasta into whatever shape you like, I was making lasagna so I left them as is. Be sure to stayed tuned in on Friday to see what I did with it! It happens to be one of the most delicious dishes I’ve ever made….. 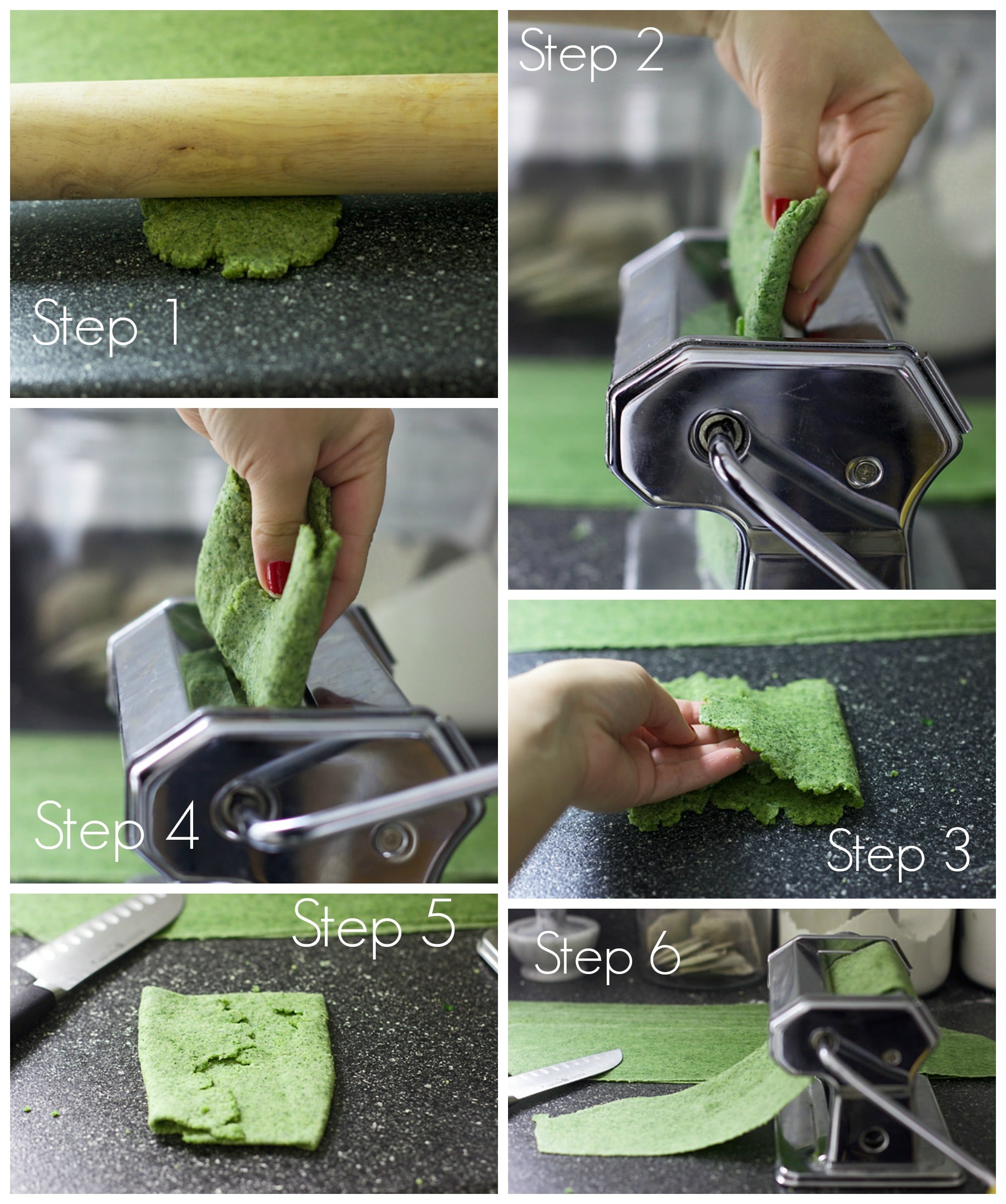