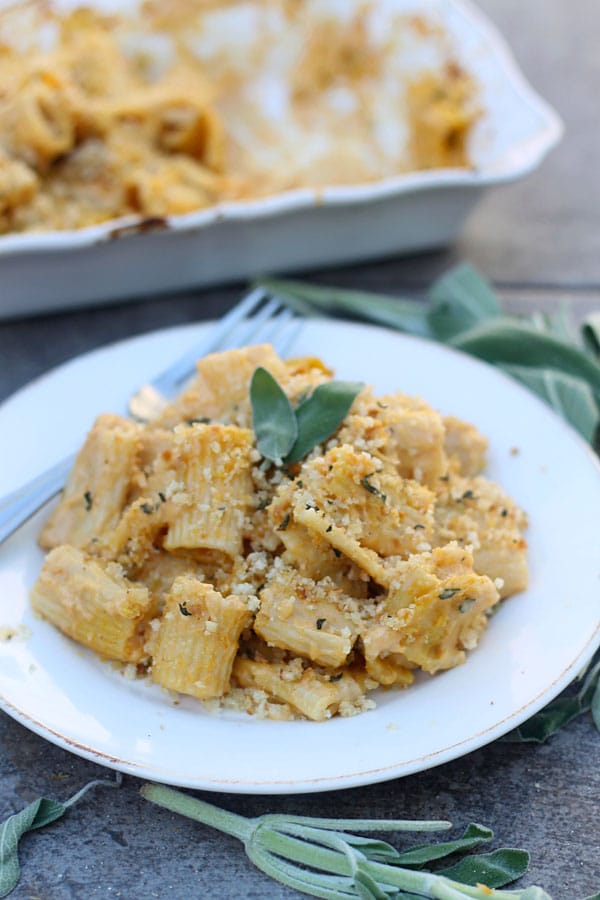 I have only posted one mac and cheese recipe in the last year and half this blog has existed. ONE. It’s criminal.

I’ve posted three types of soft pretzels, three different enchiladas, seven burgers, six soups and whole lot of other random things, but mac and cheese? Just one lonely recipe. Strange, considering the fact that I’ve claimed over and over again that mac and cheese and chicken fingers are the ultimate of ultimate comfort foods for me. Come to think of it, I don’t think I’ve posted a chicken finger recipe at all. The truth is that I really don’t let myself eat those things all that often. I’m not a health nut by any means, trust me, but I think subconsciously, I feel like it’s worse for me than say, a burger or pasta with a little less cheese and a little more veg. I try really hard to practice moderation; an indulgent recipe here, and then a healthier recipe there. It’s all about balance. Buutt I think I’ve taken “balance” a little too far, I mean it’s been almost a whole year since I’ve made homemade mac and cheese, which is just crazy talk. Granted, it was the year of my wedding, and I was terrified of being anything but a super skinny bride. Thank goodness that’s over. 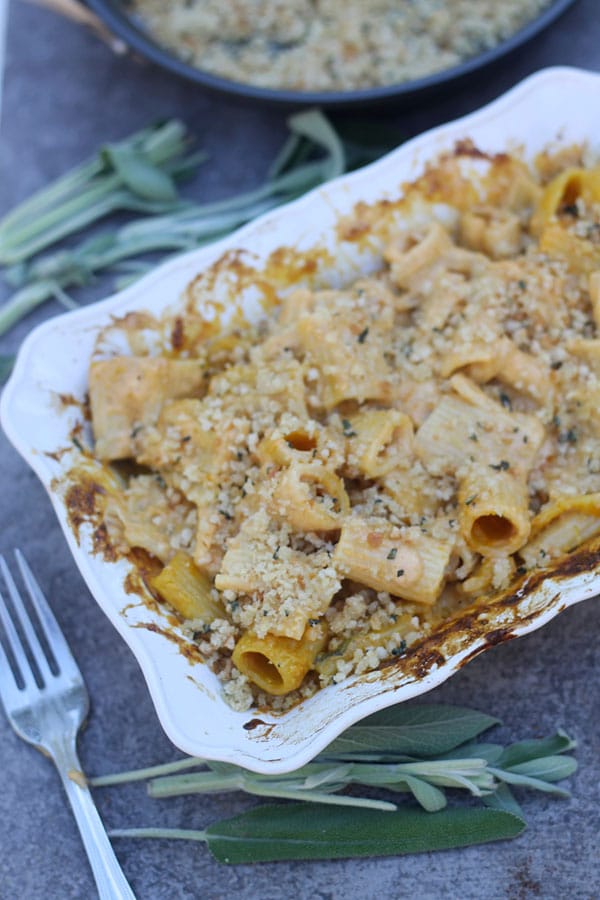 That being said…I’m bringing back the mac.

Pumpkin mac to be exact.

I did not mean to make all of that rhyme. 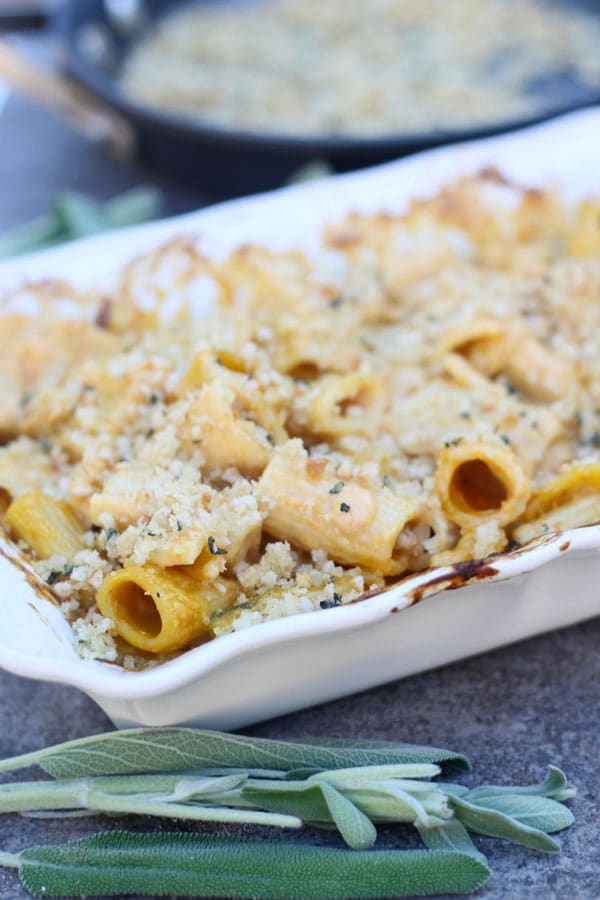 The cream mixture is swirled with pumpkin puree, a decent amount of browned butter and sage, and then simmered until slightly thickened. The al dente rigatoni is coated in the sauce and then doused with gruyere and parmesan cheese – all freshly shredded/grated, of course. Before the cheese has a chance to melt completely, it’s transferred to a baking dish and topped off with some crispy sage and parmesan breadcrumbs. It’s baked until bubbly and brown. 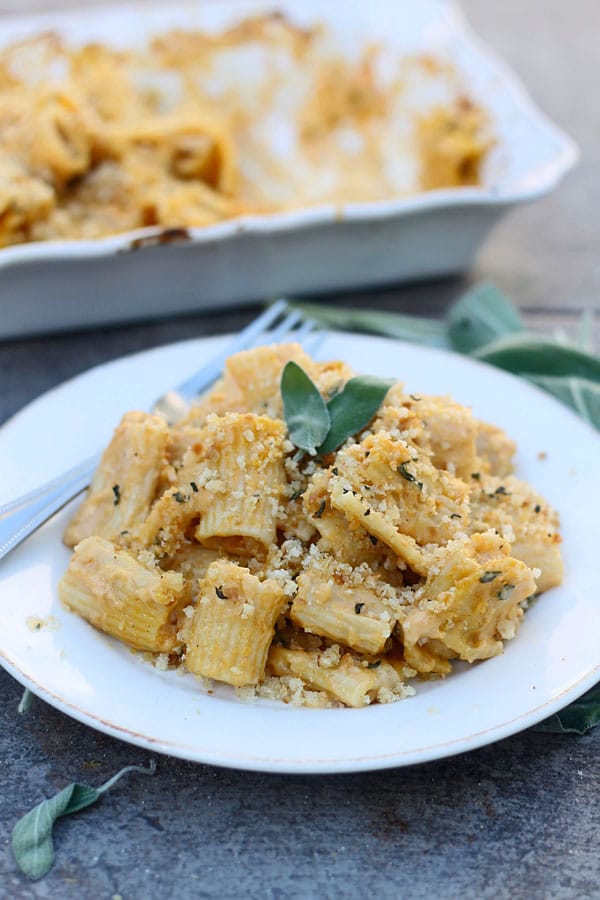 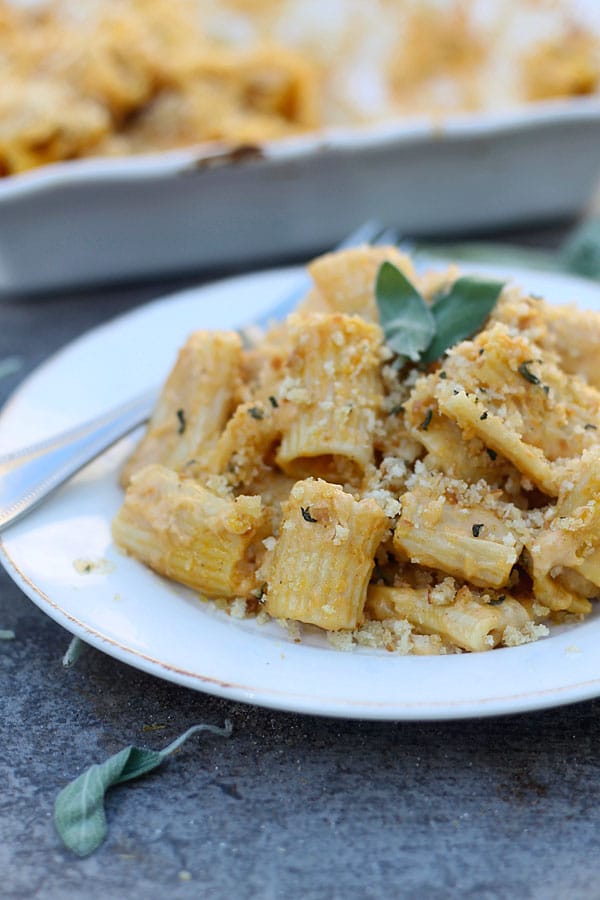 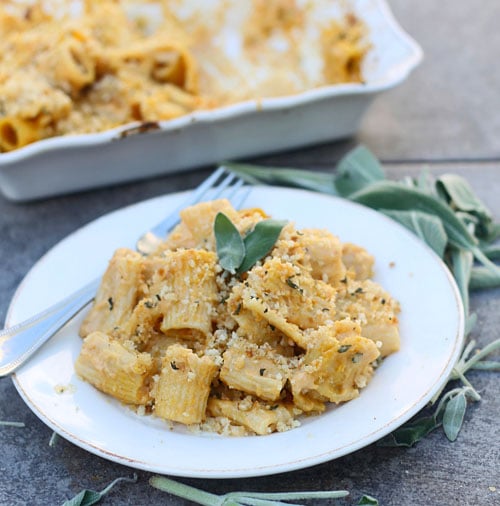 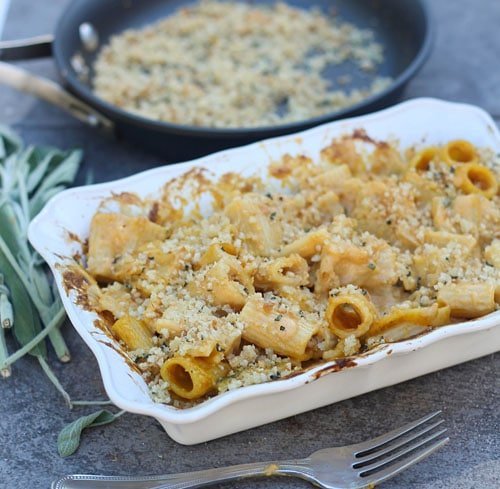