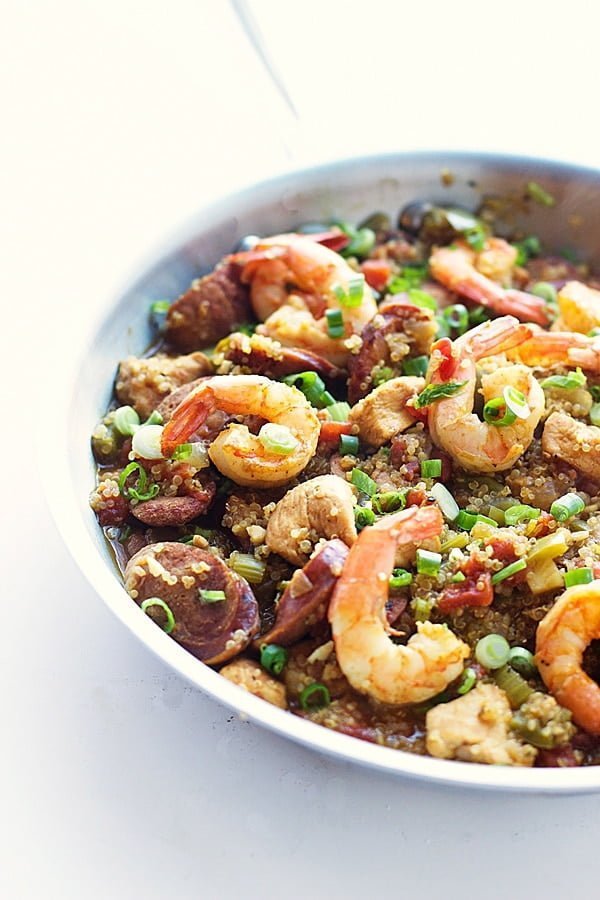 On the days when I don’t wake up in the middle of the night or pause my favorite TV show because a new potential recipe pops into my head, inspiration comes anywhere from restaurant menus, magazine articles or even the frozen foods section at the grocery store. Oftentimes a nostalgic childhood memory or even a familiar smell will inspire a unique recipe idea. In this case, inspiration was bypassed altogether, and I instead, stole the brilliant idea directly from my lovely sister-in-law, Ryan, and her sweet husband, Jeremy, who are known to make a mean jambalaya.

They happen to love this quinoa fried rice and this baked chicken enchilada quinoa, so they thought it would make perfect sense to swap out the rice for quinoa in their favorite jambalaya recipe. And it does make perfect sense. 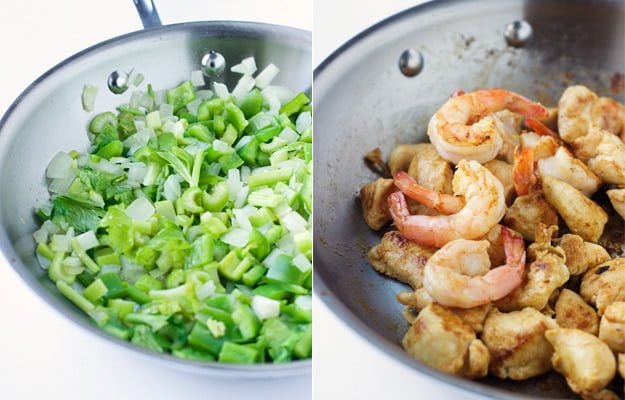 Jeremy was born and raised in New Orleans, so as you can imagine, he’s pretty familiar with classic Cajun cuisine, unlike Ryan and me who grew up in Kansas City, where barbecue and home-style cooking reigns supreme. While I’m still a novice in Cajun cooking, Ryan is 10+ years removed from Kansas City, and travels back to New Orleans with Jeremy pretty regularly, so she knows her way around an authentic recipe as well. A few years back, when Kev and I were visiting his family in Baltimore, Jeremy and Ryan were gracious enough to host us for dinner, and made us their authentic jambalaya recipe, and it.was.delicious. I’ve been an avid lover of it ever since.

I’d never even thought to ask for the recipe, since I figured it was something they just threw together, but come to find out, it’s just an adaptation of Emeril’s classic recipe, and lucky for me, surprisingly easy.

While jambalaya in its classic form, isn’t exactly un-healthy – after all it’s just, vegetables, meat and rice – it could definitely be lightened up without sacrificing any flavor. The base starts as most Cajun-style recipes do, with the holy trinity of vegetables – celery, onion, green bell pepper – sautéed in a little bit of olive oil until it’s softened. I swapped out the fattening pork andouille sausage for a chicken variety I found at Trader Joe’s, kept the chicken breast as is and added in about ½ pound of shrimp to beef up the protein content. While Emeril adds in the chicken and shrimp in the last few moments of cooking, I partially cooked them in the same pan the veggies were sautéed in, just to add an extra layer of flavor , plus I personally like the way the shrimp and sausage taste after they have a little bit of a golden sear on them. 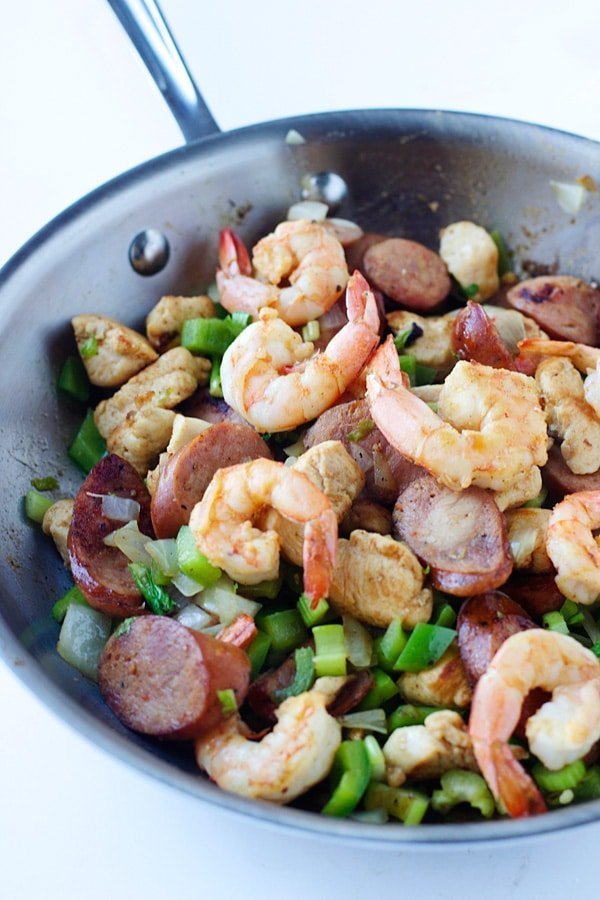 After a quick sear, the chicken and shrimp are removed from the pan and set aside, while a can of diced tomatoes (you can use fresh if they’re in season), spices and rinsed quinoa is stirred into the vegetable and sausage mixture. The whole pan is hit with about 1 ½ cups of chicken stock and it’s left to simmer until the quinoa is cooked and fluffy. In the last five minutes or so of cooking, I add the chicken and shrimp back into the quinoa to finish cooking.

There are so many reasons to love this recipe aside from the killer flavor; it’s ridiculously easy, can be made in one single pot and is healthy to boot – a dream weeknight meal! 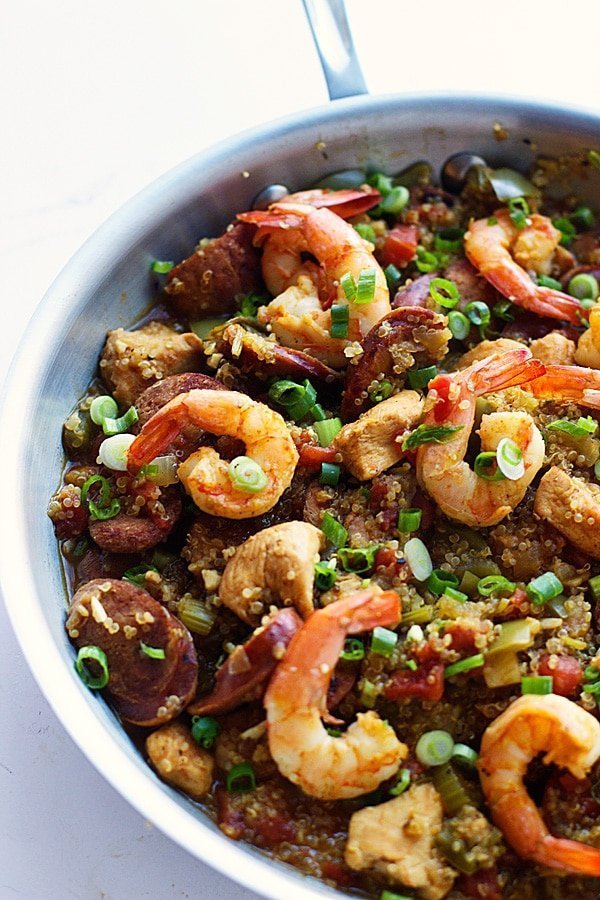