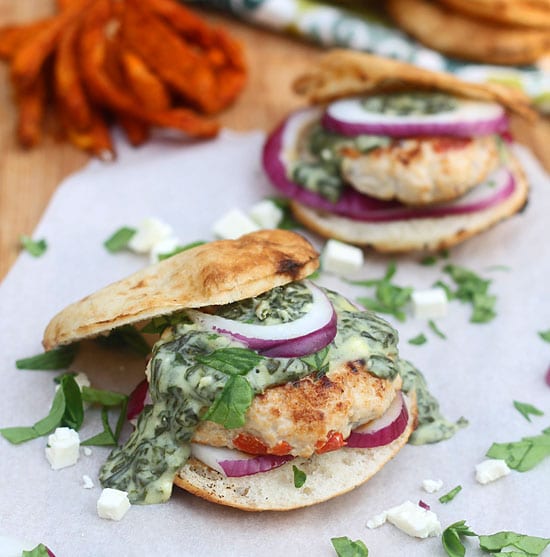 I’ve mentioned this before, but I’m part Greek…and proud of it. While I’m only a quarter, as a kid we focused mostly on our Greek culture (generally the food) since the other three-quarters of my heritage is quite the hodgepodge of nationalities. So from an early age I was stuffing my face with dolmades, patsitsio, moussaka, Greek salads and spanakopita – which was hands down my favorite.

To this day I still can’t resist crispy layers of buttery phyllo dough encased around spinach and tangy feta cheese. Throughout the years I’ve managed to contort every possible dish into a variation on my beloved Greek side. Since I have a slight obsession with chicken burgers this summer, I thought it only appropriate to carry the spanikopita contortion into burger form.

Ground chicken breast is combined with red onion, pimentos, grated yellow onion, and lots of garlic. The “spanakopita” aspect comes in the form of a thick spinach and feta cheese sauce slathered on the cooked burger patty. I top it off with thinly sliced red onion and perch the patties on top of charred pita bread.

All of the things I love about spanakopita in a burger. 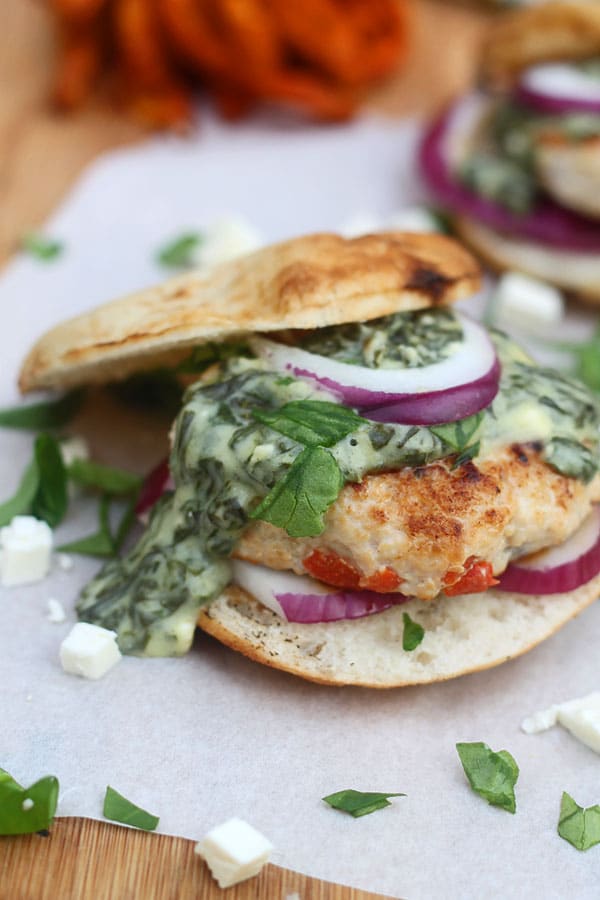 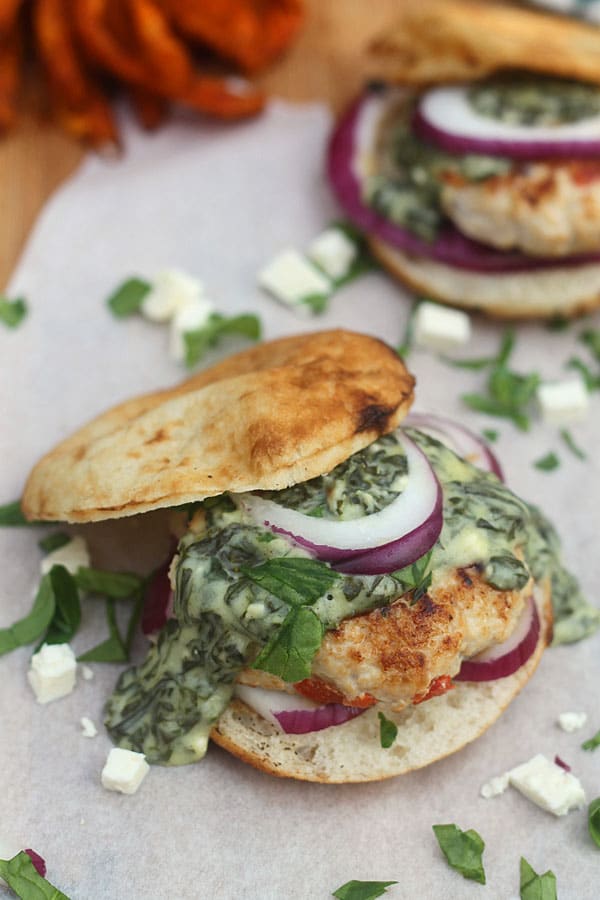