Thank you to USA Pulses and Pulses Canada for sponsoring the post for these Cheesy White Bean & Tuna Quesadillas with Cherry Tomato Pico! These are a healthy way to enjoy everyone’s favorite Mexican app! 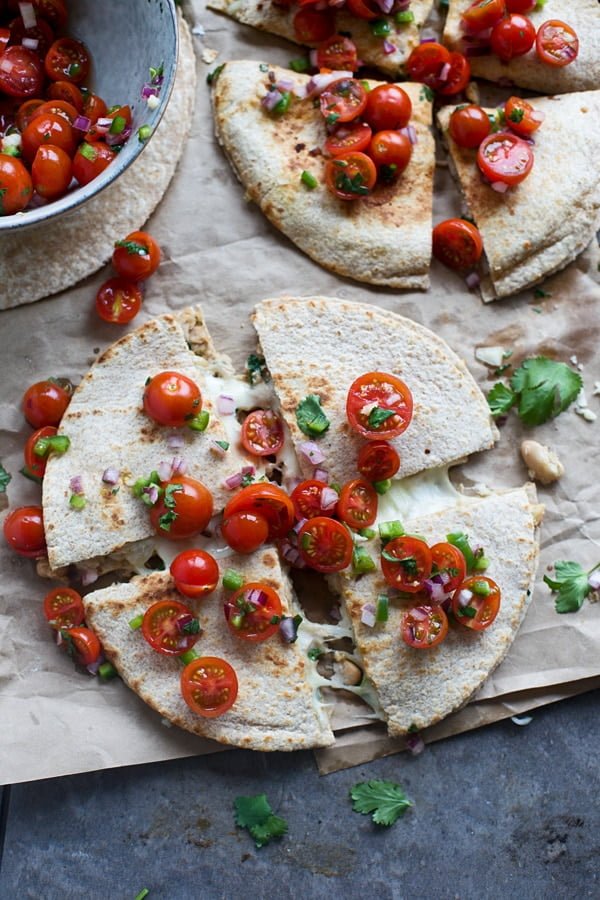 Today, I am super excited to again be partnering up with USA Pulses and Pulses Canada to talk about one of my favorite food movements – pulses! If you aren’t familiar, pulses are the delicious, protein-packed, sustainable foods we all know and love as chickpeas, dry peas, lentils and beans. Not only are they super healthy overall (full of fiber, low in fat and calories), but they’re incredibly versatile. I’m big on including one of these in our meals at least once a week, and while I love them all equally, today I’m focusing on what might be the most versatile of all them – white beans.

Canned white beans are something I almost always try to have stocked in the pantry, since they can easily be thrown in to soups for extra heartiness, cooked up with some garlic and onion for a quick side, or, even thrown into the blender with some spices for a super quick and easy dip. 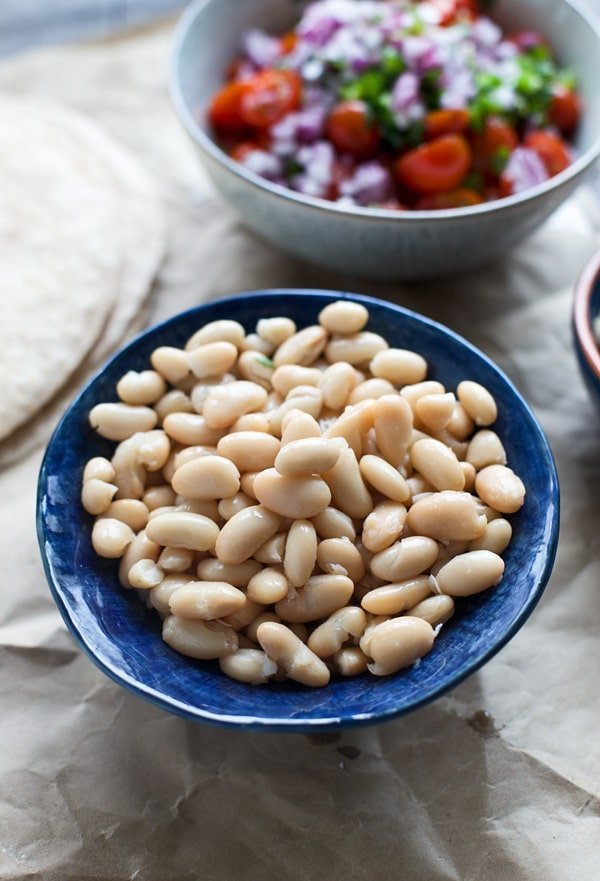 This time around, I’m doing something a little bit out of the box with them by stuffing them in between two tortillas and calling it a quesadilla. If I had to describe it in as little words as possible, I’d basically equate it to a grown up version of a tuna melt – Mexican style. Except instead of it being riddled with fat and calories much like the ones your grew up with, this one is packed with hearty white beans, flaked tuna, low-fat mozzarella, onion, garlic, and of course, plenty of Mexican spices.

To start, a good amount of onion and garlic is sautéed in a touch of olive oil, just until it begins to soften and then drained and rinsed white beans are added in, along with a little bit of salt, cumin and oregano. Once everything cooks for a few minutes, it’s taken off the stove and the tuna is gently mixed in. It’s seasoned to taste with salt and pepper and then it’s ready to be assembled. 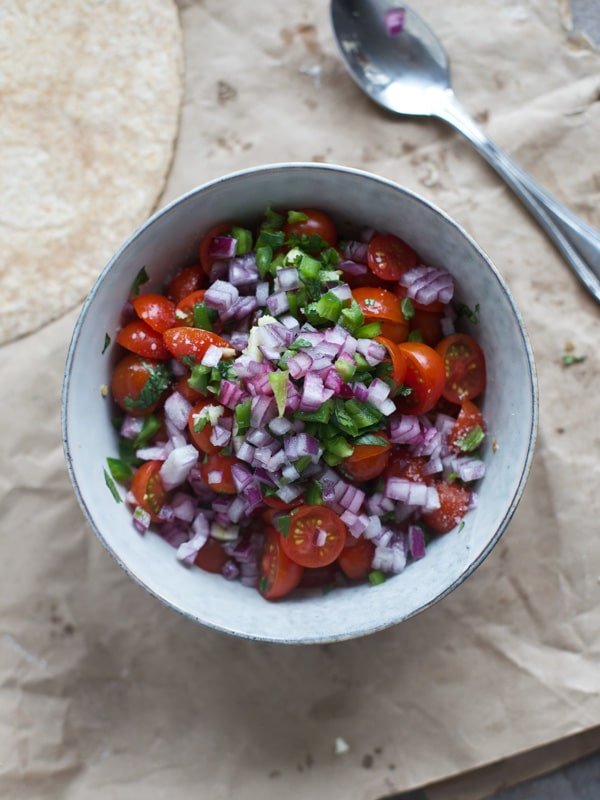 Since a healthy quesadilla is our end game, I went with a taco-sized whole-wheat tortilla and used low-moisture mozzarella that’s naturally low in fat to keep things in check. The filling gets spread on to each tortilla, it’s covered in about ¼ cup of mozzarella, each quesadilla is transferred to a sheet pan and they’re baked until the cheese is melted and the tortillas are toasted. If you want a more golden brown tortilla, you could heat them up on the stove, just use two pans so you can cook them simultaneously. 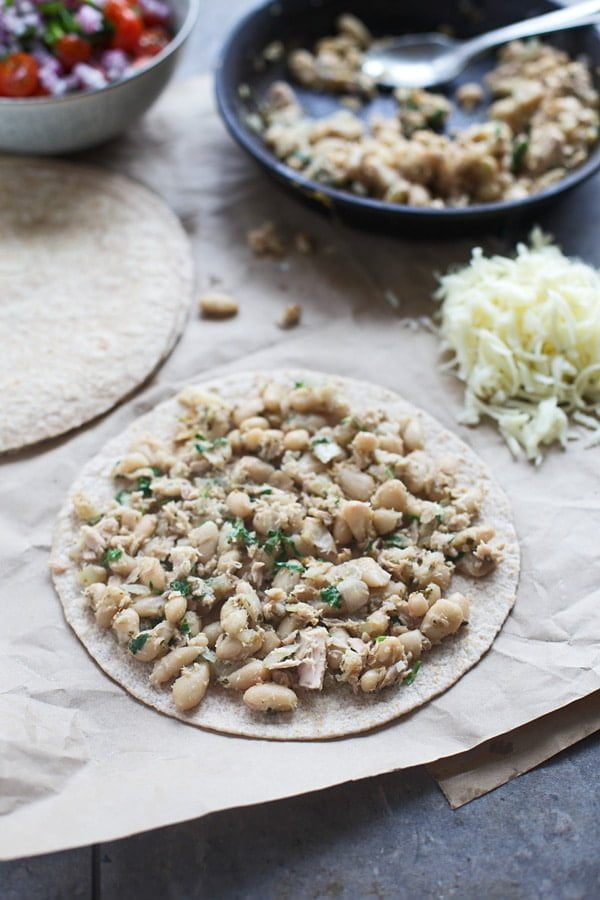 While the quesadillas were baking in the oven, I threw a quick pico de gallo together with halved cherry tomatoes (which happen to already be DELICIOUS), chopped jalapeno, red onion, some minced garlic, PLENTY of chopped cilantro salt, and a little bit of lemon juice.

Once the quesadilla come out, they’re cut into quarters, the cherry tomato pico is generously spooned over, and they’re ready to be devoured. 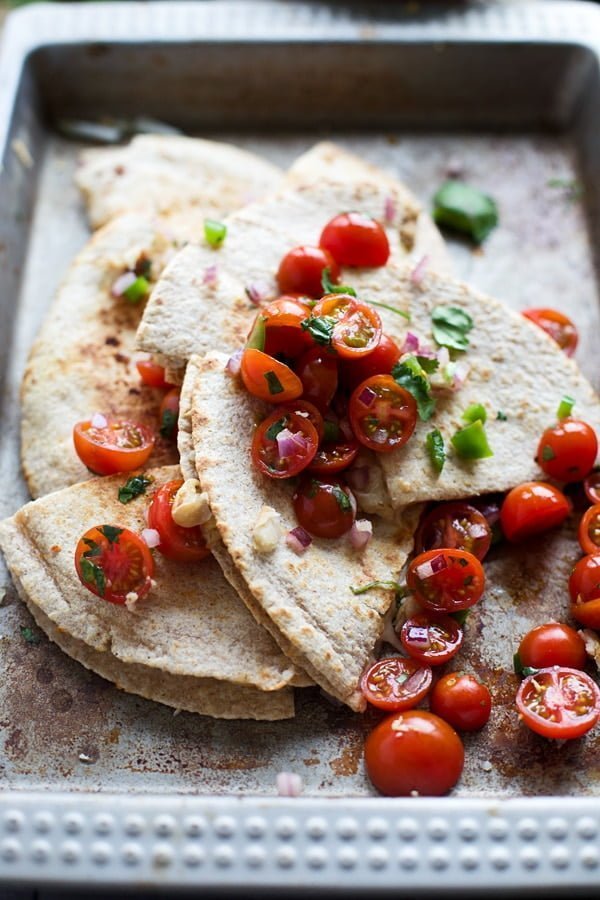