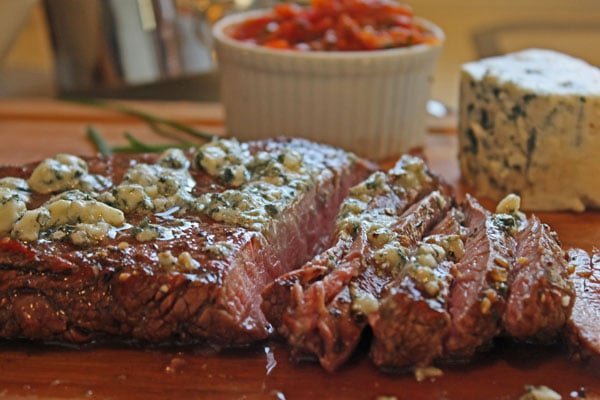 While summer around here is wrapping up, grilling season is most definitely not. This could be a rumor but I’ve heard that we’re supposed to have incredibly warm weather lingering into November. Yep, that’s right you heard me right, NOVEMBER. That’s insane to me considering we’ve had an ice storm in October that shut down the whole city. To think that we might have 70’s or 80’s through November is mindboggling to me. I don’t mind it one bit though, because longer periods of warm weather brings us extra time to enjoy the outdoors and grill.

Although I don’t personally do the grilling in my household, I still love to reap the benefits of it. I prepare the meats and veggies to grill and Kevin does all the actual grilling. In this case I barely did anything to prepare; it’s actually almost embarrassing to admit how easy this is to put together. Just assemble the marinade, pour over the steak, let sit for a couple of hours, and then it’s good to go on the grill. 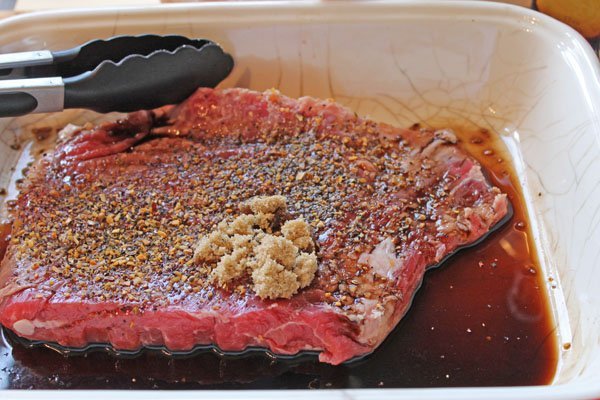 Now let’s talk about flank steak. Normally I’m a filet mignon type of girl, but recently for fiscal purposes I’ve been trying to buy cuts of meat that are little less expensive than the traditional beef tenderloin, strip, or ribeye. Flank steak is quite a bit tougher than the usual cut but it has a lot of flavor and if it you treat it kindly, it will reciprocate with tenderness and great flavor.

There are three key factors in creating a winning piece of flank or skirt steak. They are as follows; marinate for a significant period time, cook very quickly, and slice thinly against the grain. If you do all these things, I will guarantee you a delicious and tender steak.

*I previously had skirt steak here, but then realized that I actually used flank steak. So if you read the original post, that’s why it’s different now. You can definitely use skirt steak as well. 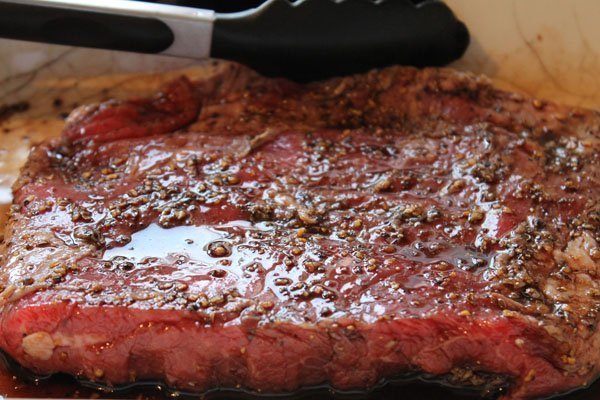 The marinade couldn’t be easier; balsamic vinegar, brown sugar, salt, and a liberal amount of your favorite steak seasoning. I use McCormick’s Montreal but you can use whatever brand you prefer. Marinate in a plastic zip lock bag or dish covered in plastic for at least two hours and up to five. 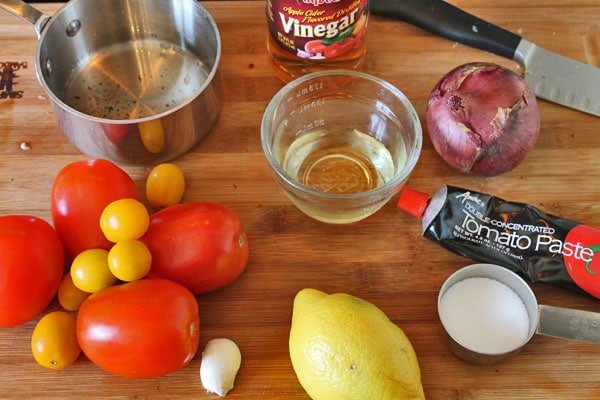 The balsamic steak with blue cheese is amazing on it’s own but I had a bunch of tomatoes and onions on hand so I thought that a chunky marmalade would go great with the balsamic vinegar and blue cheese. And oh boy did it. So delicious. This step is totally optional, if you feel like making it go ahead, if not, that’s ok too. You’ll need: tomatoes, onion, garlic, canola oil, tomato paste, sugar, lemon juice, white vinegar, salt, and red pepper flakes. 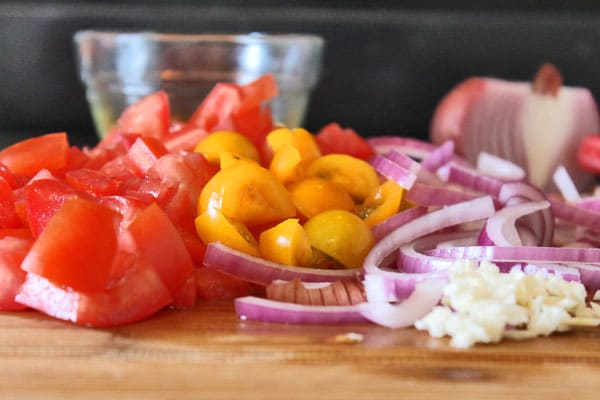 Start to sauté chopped tomatoes, sliced onions, and garlic in canola oil about five minutes or until they start to cook down; add the rest of the ingredients. Cook on low to medium heat about 20 minutes until a chunky marmalade consistency is reached. You may need to add a little bit of water to keep from burning. 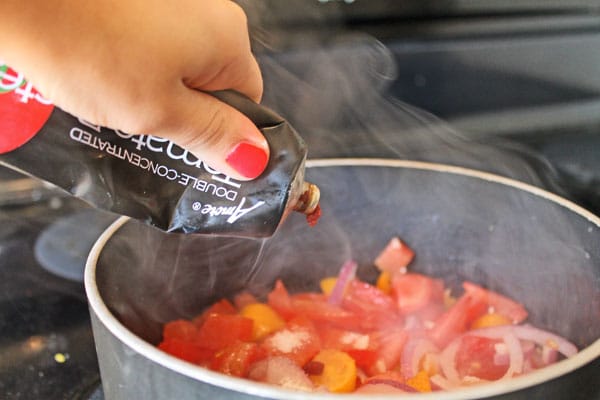 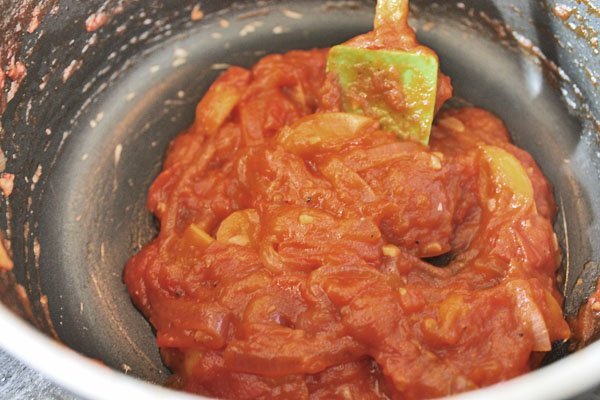 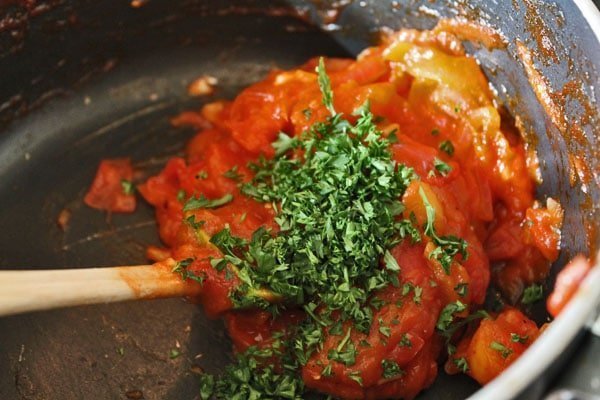 Sprinkle in a little bit of chopped flat leaf parsley. 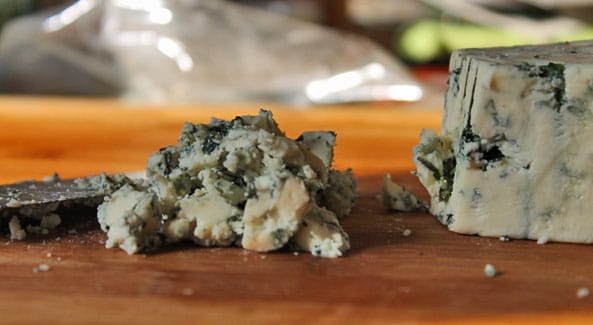 This is gorgonzola but any kind of creamy blue cheese will go with it fabulously. 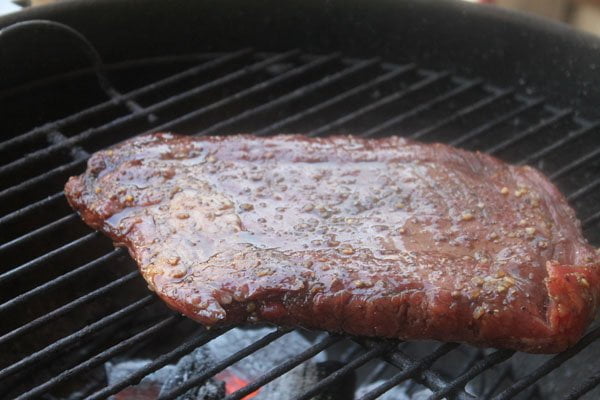 Grill about five mintues per side until medium rare, if it makes you nervous use an instant read thermometor, it should register 135 degrees for medium rare. 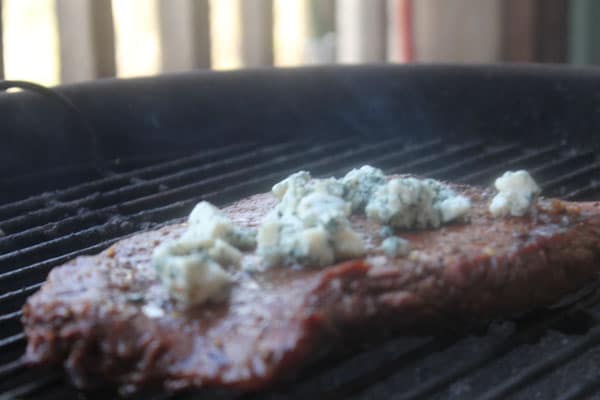 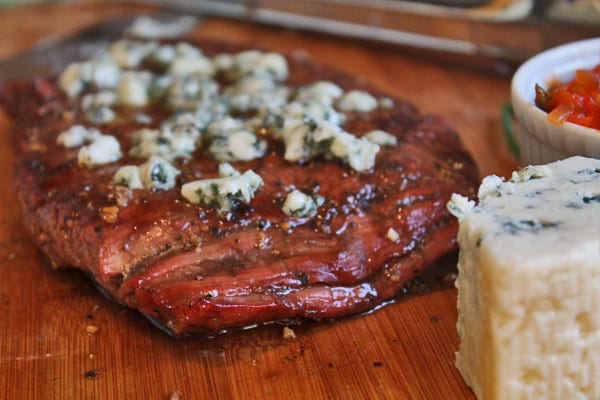 Let rest at least five minutes! The juices will re-distribute into the steak making for an extra moist and juicy bite. 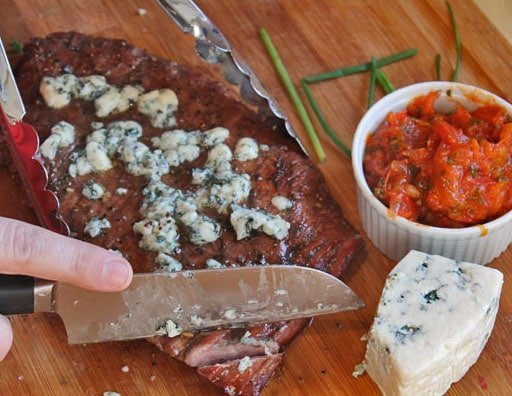 Mix Vinegar, sugar, and steak seasoning in shallow baking dish or ziplock baggie.  Marinate steak for at least two hours and up to five hours.  Sprinkle with salt. Grill until internal temperature reaches 135 degrees for medium rare about five minutes on each side. Sprinkle blue cheese on steak last three minutes of cooking to melt.  Let rest for five minutes. Slice thinly against the grain. Serve with tomato marmalade.