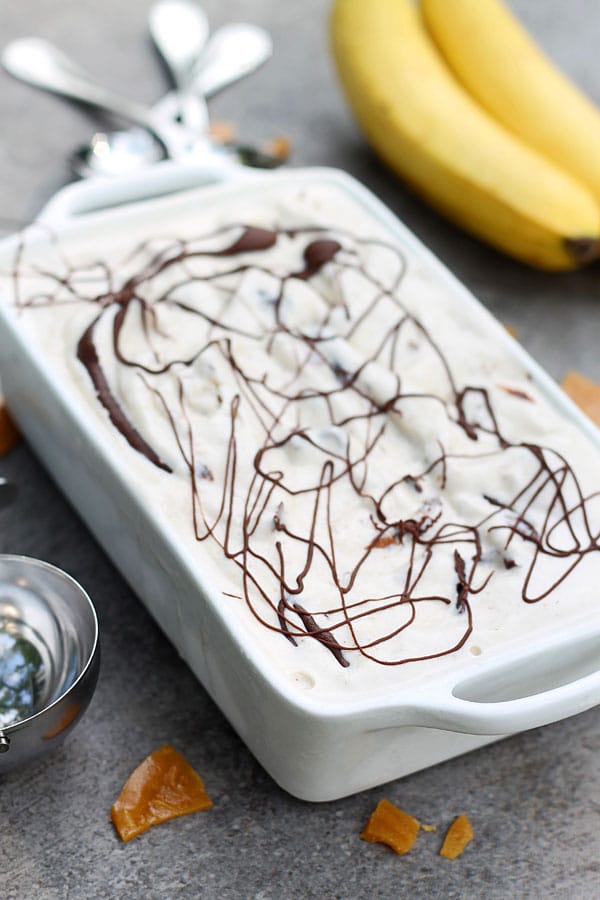 I can’t believe this is the first time I’ve posted an ice cream recipe here. Truth be told, I’ve only actually made ice cream twice this whole summer, including this. Kind of shameful considering the fact that I just received my first ever ice cream maker in May and just knew I was going to use the beezejesus out of it. You see, previously as I registered for it and confidently shot my laser gun at the tiny little skew number, Kevin not-so-subtly rolled his eyes and asked if we really “needed” an ice cream maker. My immediate response was an emphatic, “Umm YES. Do you even know how often I’ll use this? All the time!” I mean, I was going to have made hundreds of different flavors of ice cream by now. Hundreds.

Sounds daunting, I know, BUT homemade ice cream is sooo worth the extra effort, and often I forget that.

With the fleeting summer days slipping through our fingers, I knew I needed to get on it or get over it.

So that’s what I did. 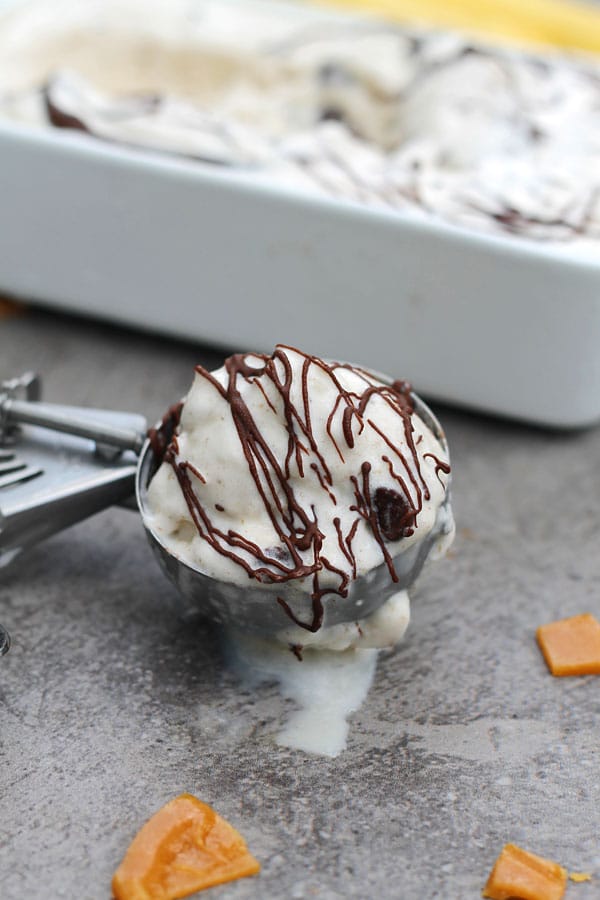 Enter: Banana Bread Ice Cream with Stracciatella Swirl. This has all my favorite flavors that encompass traditional banana bread: brown sugar, overly ripe caramelized bananas and cinnamon. The custard base is a little untraditional with a little bit more whole milk than heavy whipping cream, so the texture is a little less rich on the palate – which I love, but you could totally use all heavy cream if that’s what you prefer.

I like my banana bread with chopped walnuts, but again you can leave them out if you prefer. Once the ice cream is almost done churning I drizzled in a swirl of melted chocolate mixed up with a bit of vegetable oil. What I love about this step is the moment that chocolate touches the ice cream it immediately hardens again, creating a gorgeous swirl laced throughout.

I’m claiming this as a “summer” ice cream, but really the flavors feel much more like fall to me; I think maybe I’m trying to hold on to summer while slowly letting the fall in. Ice cream seems like a good way to go about it, don’t you think? 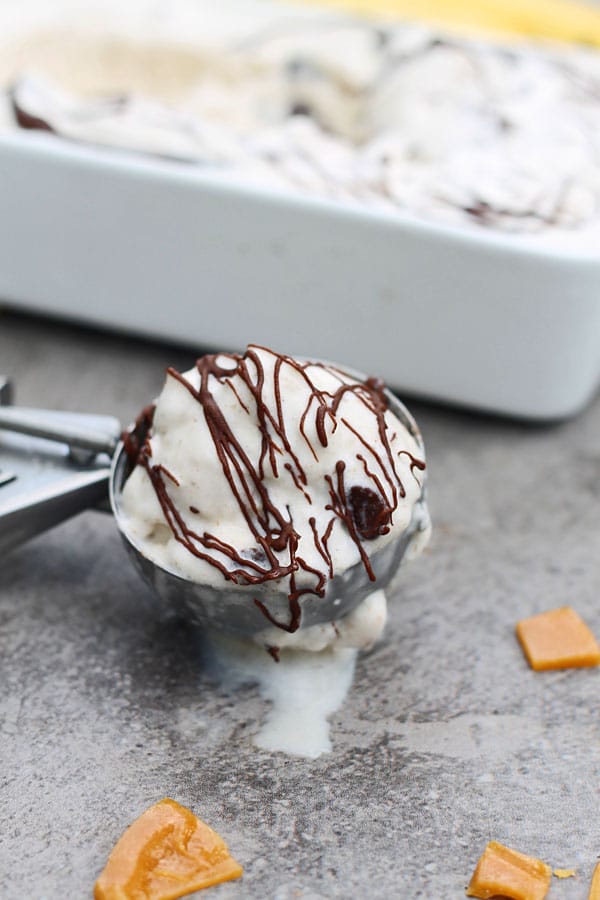 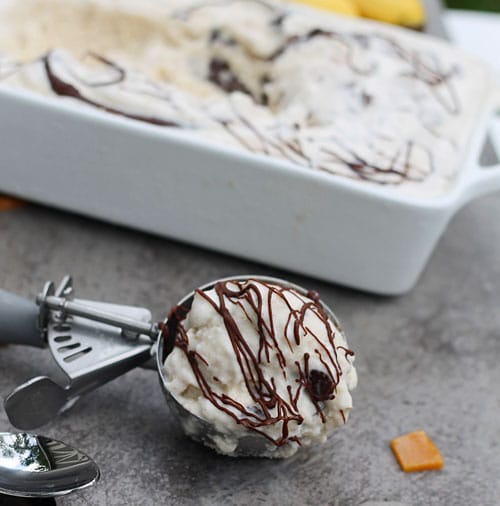