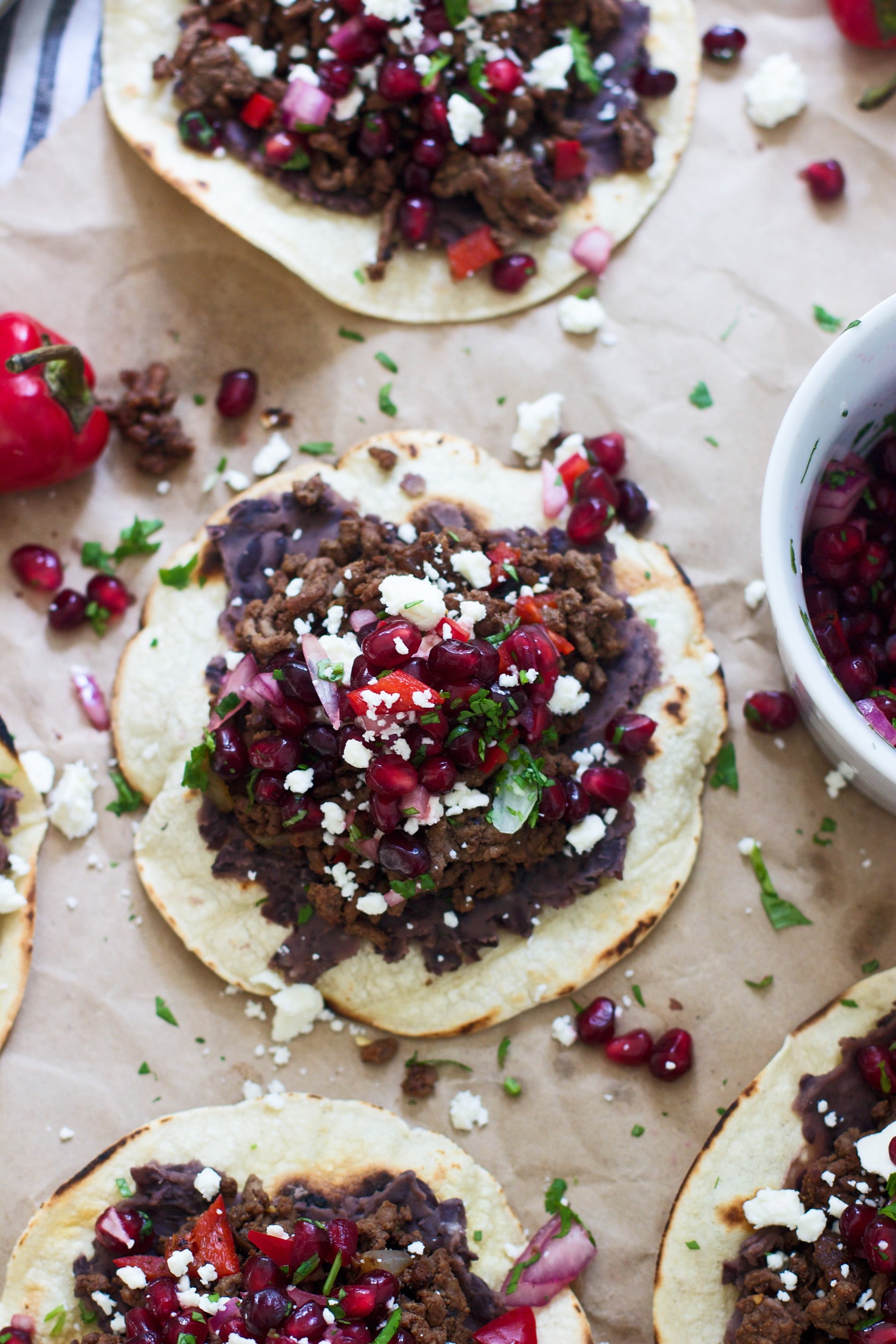 As I’m sure you can imagine I’m the kind of person that gets slightly giddy when new produce and foods are introduced each season. Like many people, when the leaves start to change from green to different shades of red, auburn and orange I get pretty excited, but watch me walk into a grocery store in early June and spy fresh figs or lay my eyes on entire basket full of hatch peppers in late August and you’ll see some seriously spastic behavior. There’s just something about food that really solidifies the fact that we’ve left one season in the dust and moved on to the next.

A few weeks ago when I walked into my local grocery store and basically ran into an entire bin of ruby red pomegranates, I almost had a full on attack from the excitement because when you see pomegranates, that basically means that Christmas is around the corner, which is even more exciting for me since our little human is due to arrive during those magical weeks just before Christmas. After the initial excitement died down, and I became more rational, I naturally picked up half a dozen, as most people do, and began to plan all the ways I was going to use those pretties in the next couple weeks. 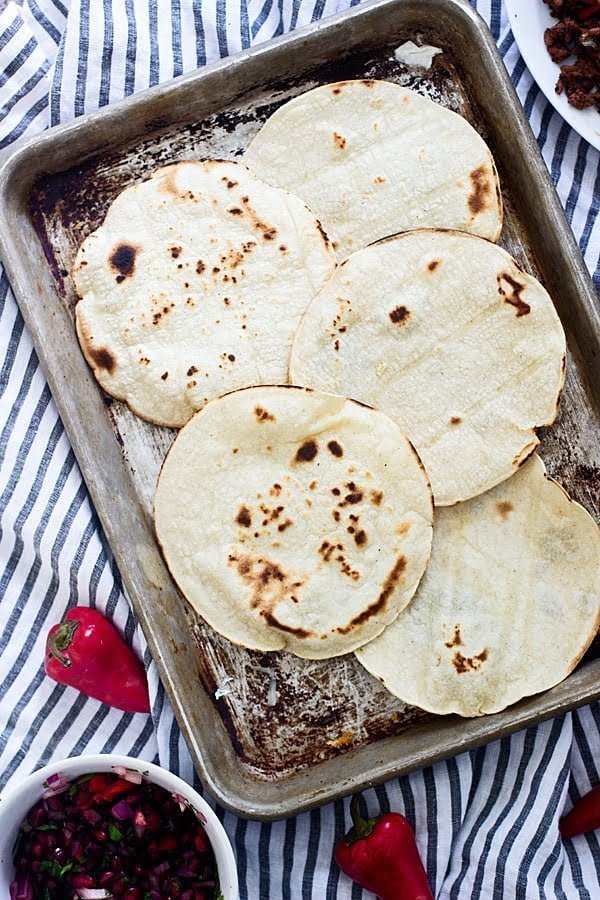 These little tostadas were my inaugural pomegranate recipe, and these babies really started us off with a bang, because they are seriously delicious and so perfectly festive. Lean ground beef is cooked with plenty onion, garlic and fresno chili peppers, then hit with just a touch of sweet pomegranate juice.

The mixture is piled high onto charred, crispy corn tortillas smothered with spicy re-fried black beans and then topped off with a sweet and spicy pomegranate salsa made with plenty of arils, juice, more fresno chili peppers, red onion and copious amounts of cilantro (because I love it). A final sprinkling of cojita or feta cheese finishes the pretties off. 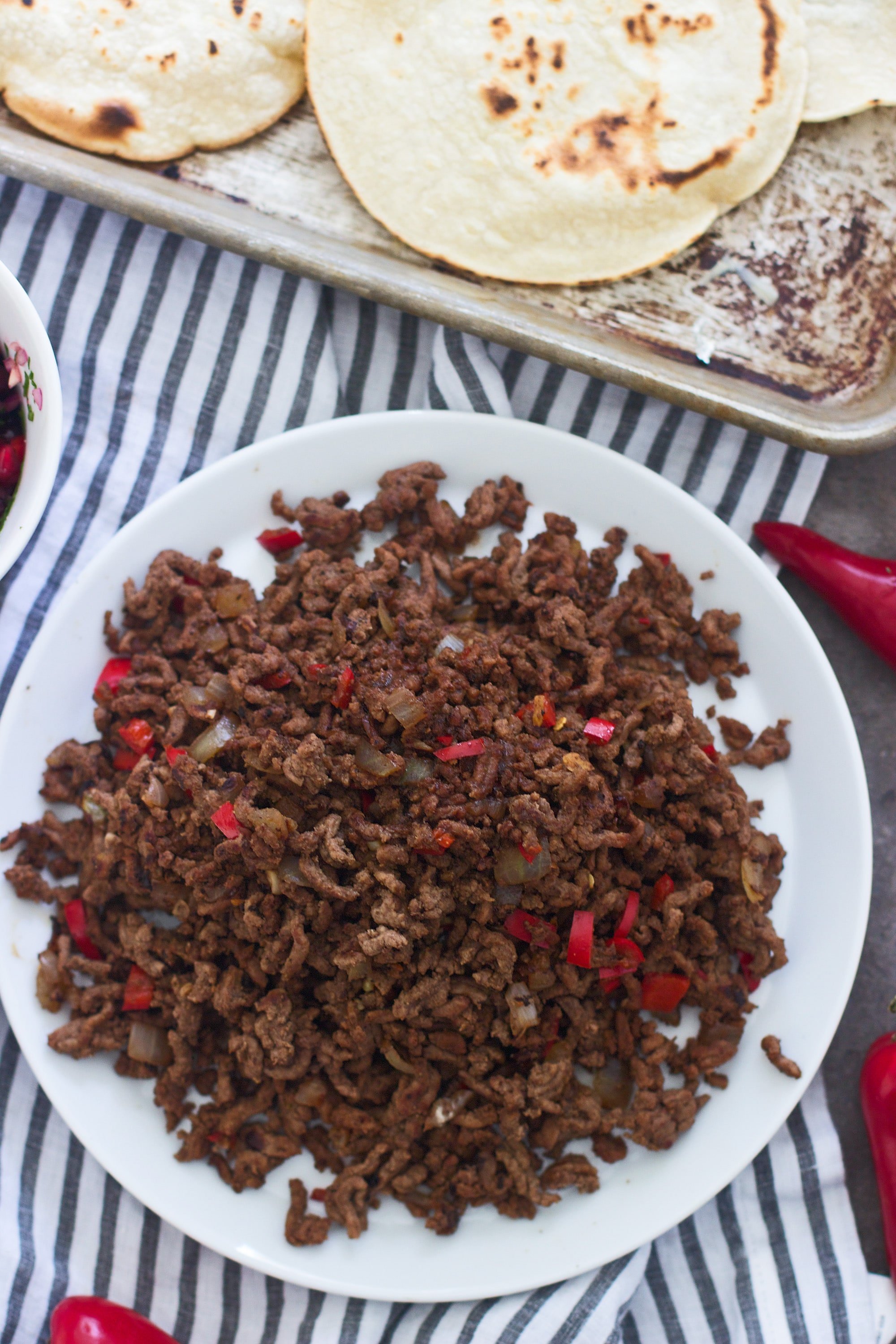 Head on over to Laura’s Lean Beef to get the full post and recipe! 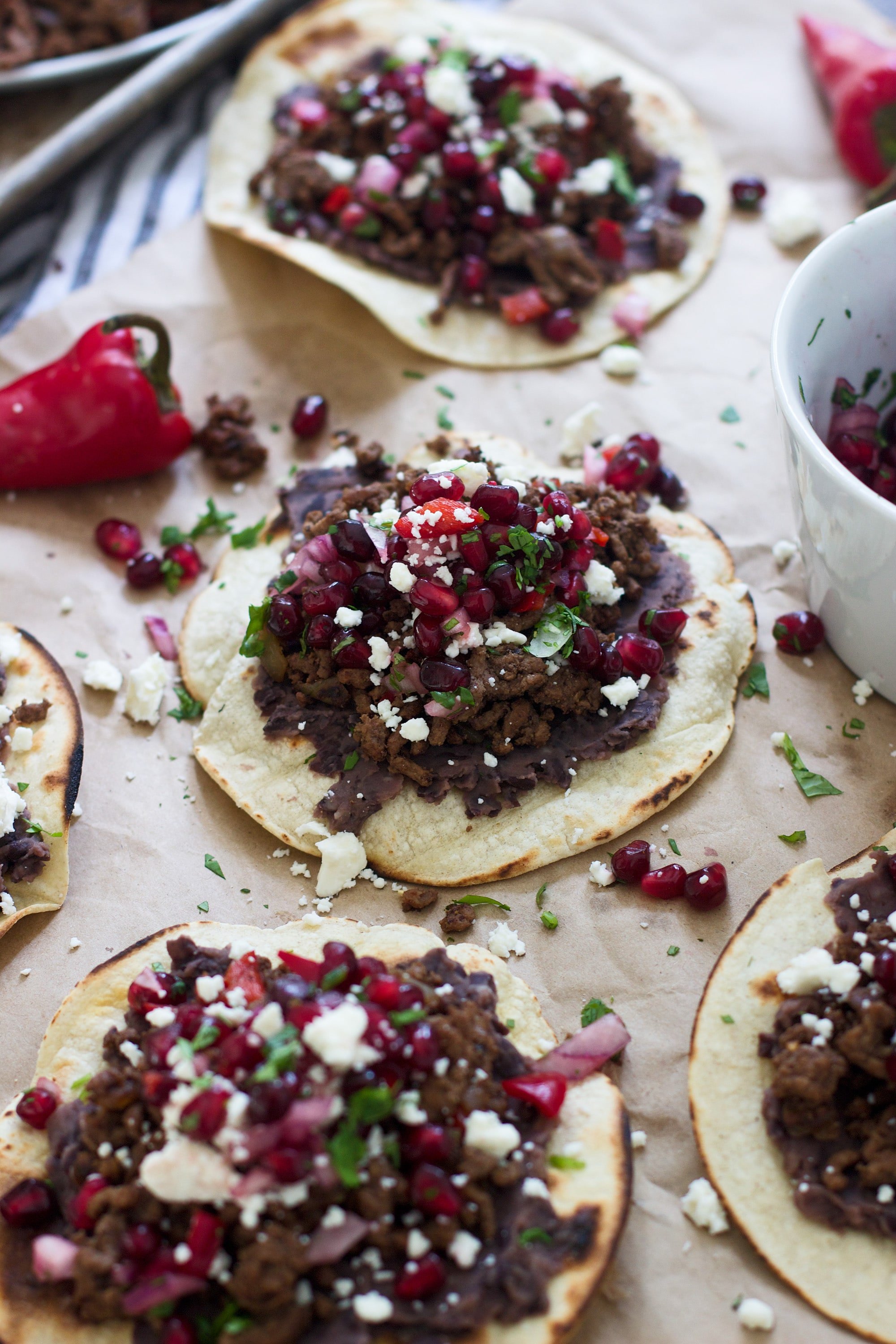 10 Responses to "Beef Tostadas with Pomegranate Salsa and Queso Fresco"