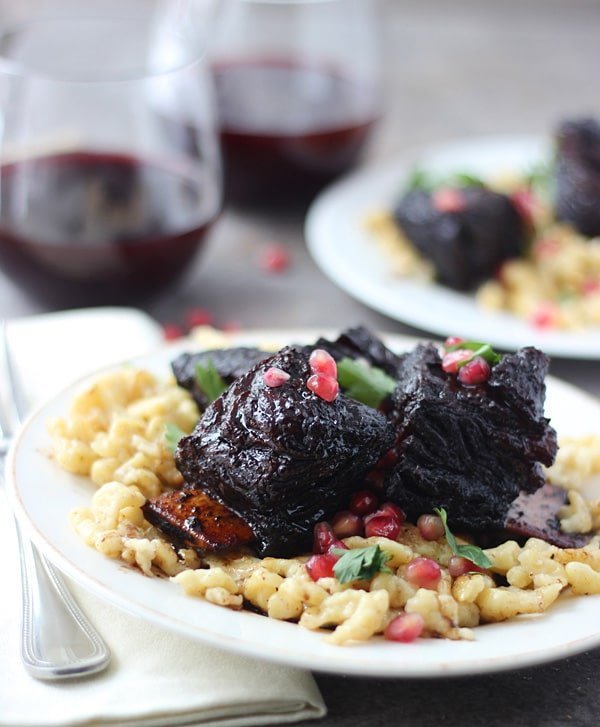 I was initially so stinkin’ excited to write this post, because today’s meal is just knock your socks off good. Seriously one of the best meals I’ve made…ever. Really.

But now that it’s time to write, I can’t quite get the motivation. I keep checking back and forth between Facebook and Instagram, and procrastinated even more by taking this quiz on Buzzfeed to determine what kind of food matches my personality. Apparently I’m a spaghetti and meatballs kind of gal.

Here’s what they told me:

You’re classic and fun and a little messy. Sometimes even a little out of control. AND you have many wonderful talents (those are the meatballs).

I’d say almost all of that matches up except for the many talents thing – sadly, creative cooking is basically the only “talent” I have. I played pretty much every sport imaginable as a kid, and was terrible at every single one of them, well, except for the one sport that was meant for us short people, gymnastics.

I would cry when I had to go to softball practice. I’m pretty sure I just stood around on the soccer field. And I was so bad at basketball, I got a standing ovation from all the parents when I made my first and only basket in the five-year span I played – it was the one game my parents missed. I even took ice skating lessons for a hot minute where I quickly found out that I’m no Nancy Kerrigan. 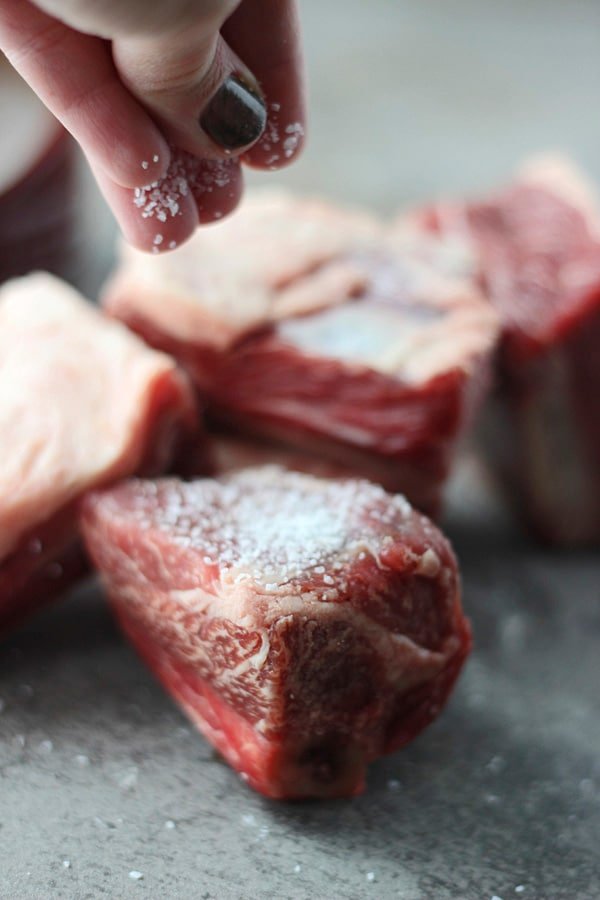 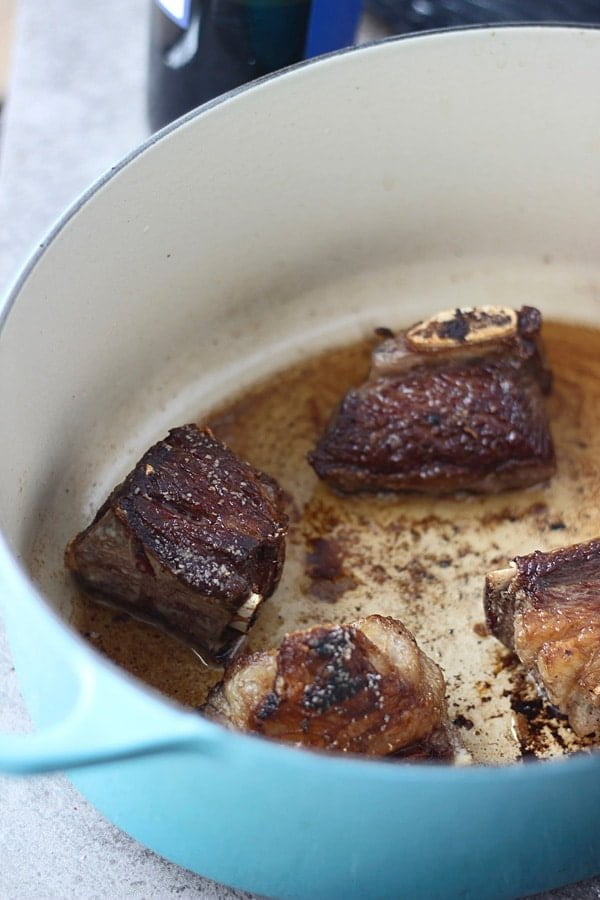 With Valnetine’s Day coming up, I wanted to do a whole week’s worth of Valentine’s Day recipes. I don’t know about you, but Kevin and I hate to go out to dinner on actual day; it’s crowded, you always have to wait even if you made reservations a month in advance, often there are set menus and generally the service isn’t great. So instead, I cook a big fancy meal on the actual day, and Kevin takes me out on Friday or Saturday, but since the big day falls on a Friday this year, we’ll be going to our annual spot, Garrozzos on Saturday – I can’t wait.

Since Kevin is such a luck boy, we had a faux Valentine’s Day dinner this weekend so I could share the V-day recipes here, in plenty of time for the big day. Today, we’re starting with the entrée, and like I said, this meal was hands down one of the best meals I’ve ever made. Your husband/wife/girlfriend/boyfriend/fiancé will seriously swoon after taking a bite, and fall in love with you a million times over. 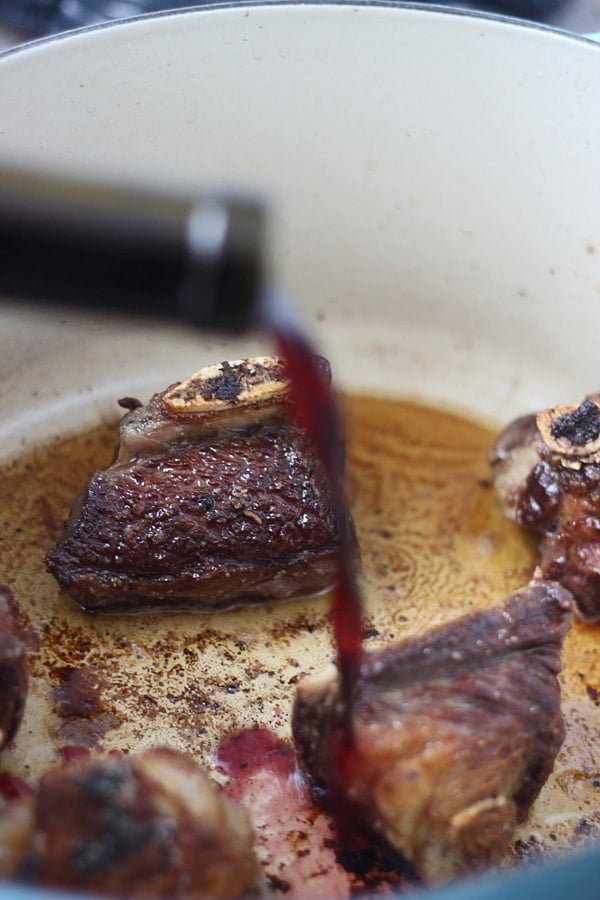 The initial sear creates this insane caramelized crust, which lasts all throughout the red wine, pomegranate and beef stock braise. I braised them low and slow for about three hours until they were fork-tender, but not completely falling apart. My favorite part about these is definitely the sauce, it’s just SO flavorful, during the cooking process it reduces and concentrates into a seriously heavenly sauce. I was literally licking my plate when Kevin wasn’t looking, which I’d normally just do in front of him, but I can’t have my husband see me act like a caged animal on faux Valentine’s Day, now can I? 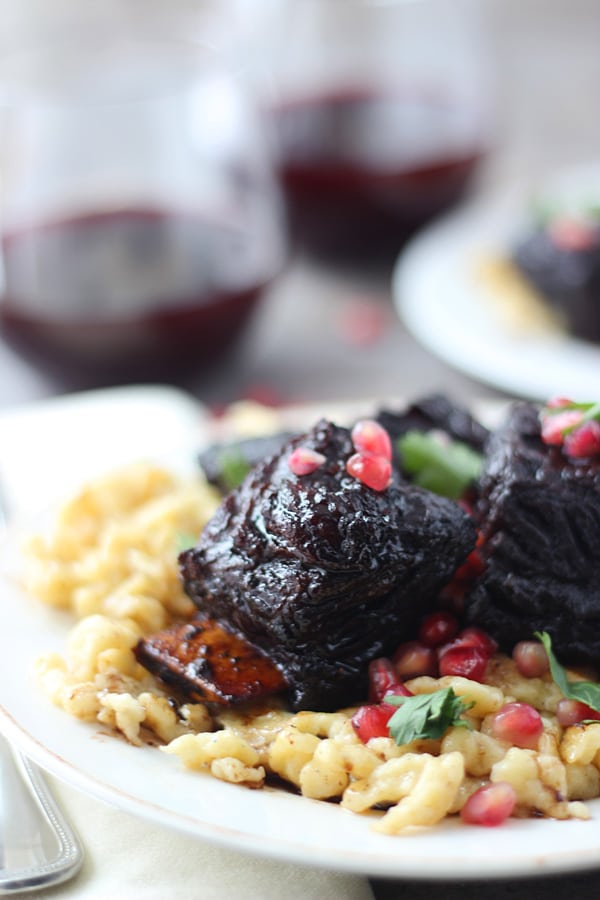 Butttt, we aren’t finished yet. We HAVE to talk about the spätzle. Have you had it before? I LOVE spaetzel, if you’re not familiar, they’re tiny little German dumplings made up of flour, milk and eggs, cooked in simmering water and then bathed in melted butter and parsley. I took them up a notch and bathed them in browned butter and served them underneath the short ribs so the braising liquid would trickle down onto the spätzle. Umm mind-blowing. 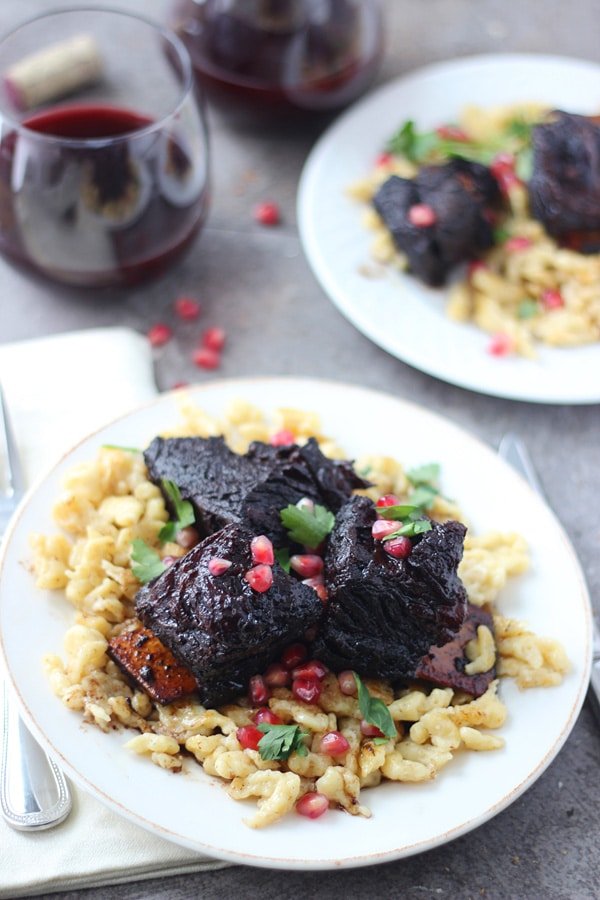 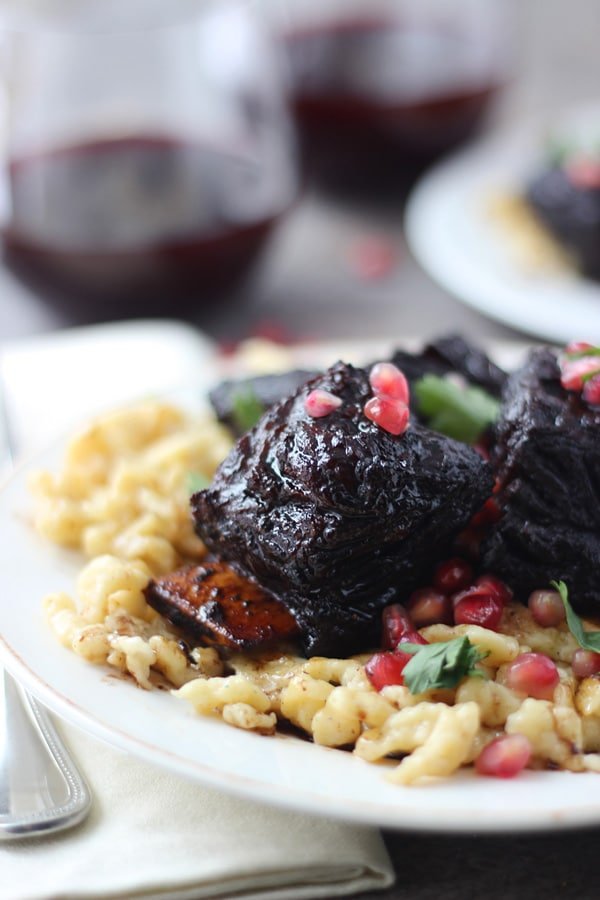 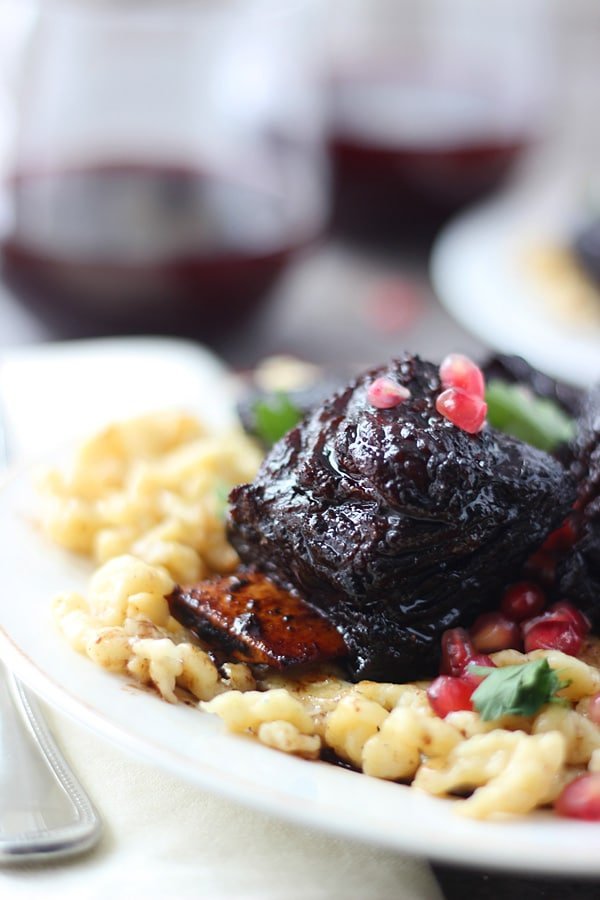 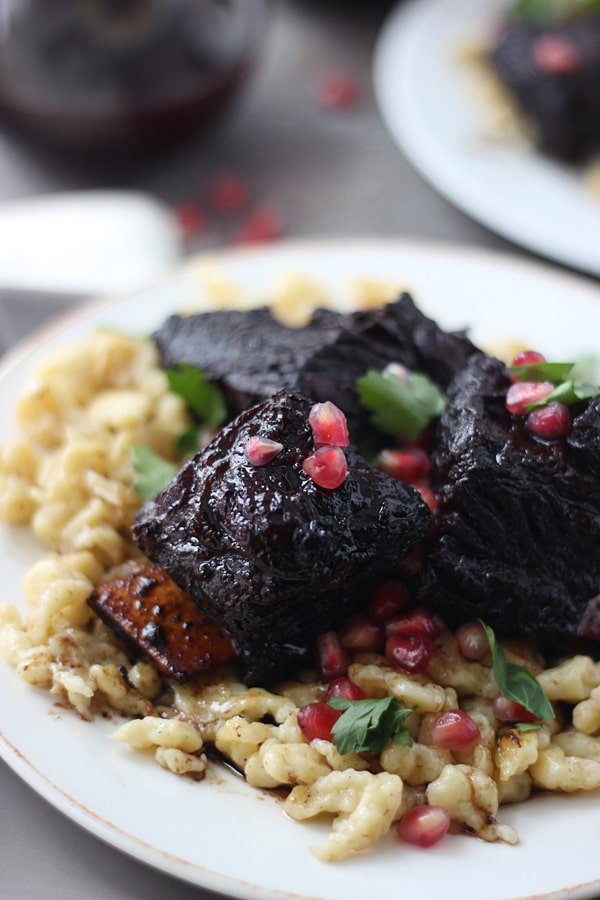