French onion dip no longer comes from a box! This Healthy French Onion Dip with Brown Butter is packed with sweet brown butter caramelized onions, Greek yogurt, lots of garlic, and a touch honey. Seriously addictive and delicious – low-fat too! 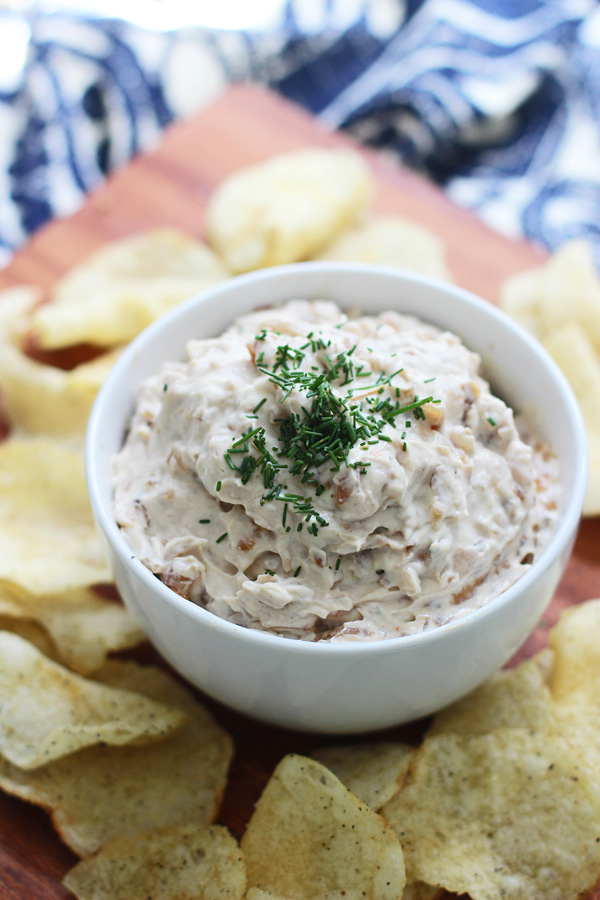 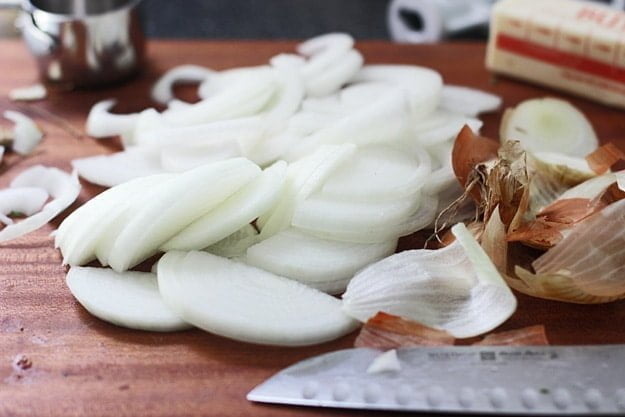 Saying that all dips are created equal is pretty much like blanketing all pizza as identical, which we all know is indisputably false. There are hand-tossed and thin crust pizzas. Red sauced and white sauced pizzas. Pizza pies and calzones. Chicago and New York style. The list goes on and on.

In the case of dips, the variations are even more vast. There are cheese dips (that’s a sub-category in and of itself). Bean Dips. Spinach dips. Salsas. Tapenades. Guacamole. No dip is alike, and most don’t even boast similar ingredients.

Of course, some dips are more mainstream than others – take for instance, good old-fashioned French onion dip. This particular dip is one that has graced pretty much every single American tabletop at one point or another. Typically this dip is chock-full of sodium and likely from a little blue box picked up in the processed food isle at the grocery store. While I don’t chastise those that use a prepared mix, I do want those people to know that there are infinitely better options out there. 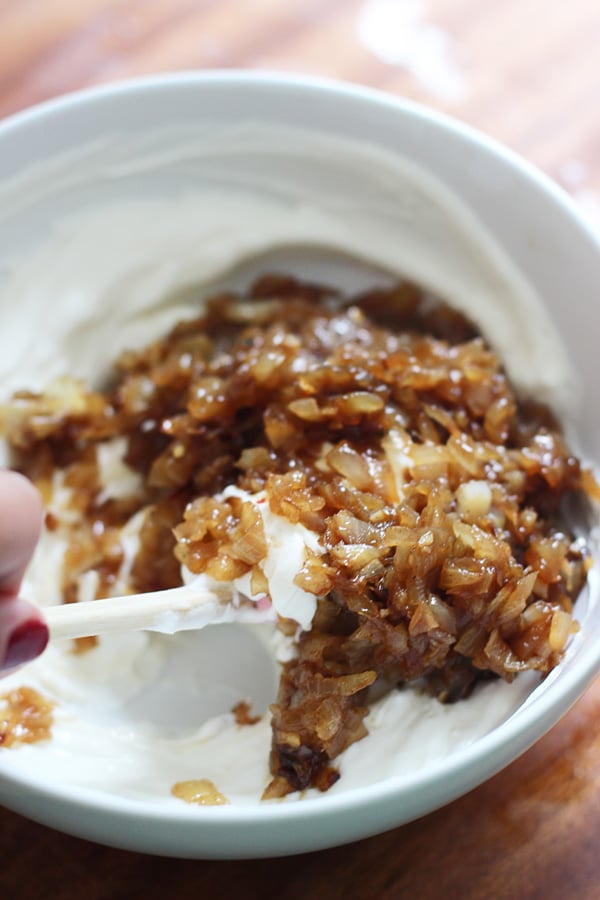 So! That brings us to the dip I deem the most delicious. It’s infinitely better than store-bought and universally swooned over by picky and seasoned eaters alike. And bonus? The stuff is actually decently healthy.

The original recipe is actually adapted from Amy Thieland, you may have seen her on the Food Network. Her food is down-to-earth and approachable, but has just a little somethin’ somethin’ that elevates it to the next level, which is what initially drew me in. She’s quickly become one of my favorite personalities on the network, not only for her amazing food (it’s centered on the Midwest which I love), but also for her calming personality and innate ease on screen. 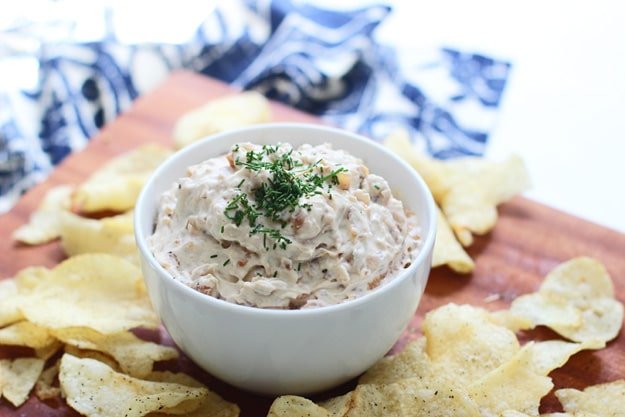 While French onion dip is not something that initially comes to mind when party planning, her version completely changed my perception, and with Labor Day coming up this weekend, I thought there was no better time than now to share.

This stuff is highly addictive, so I would definitely recommend making a double or triple batch, otherwise it might disappear from your table almost instantaneously… 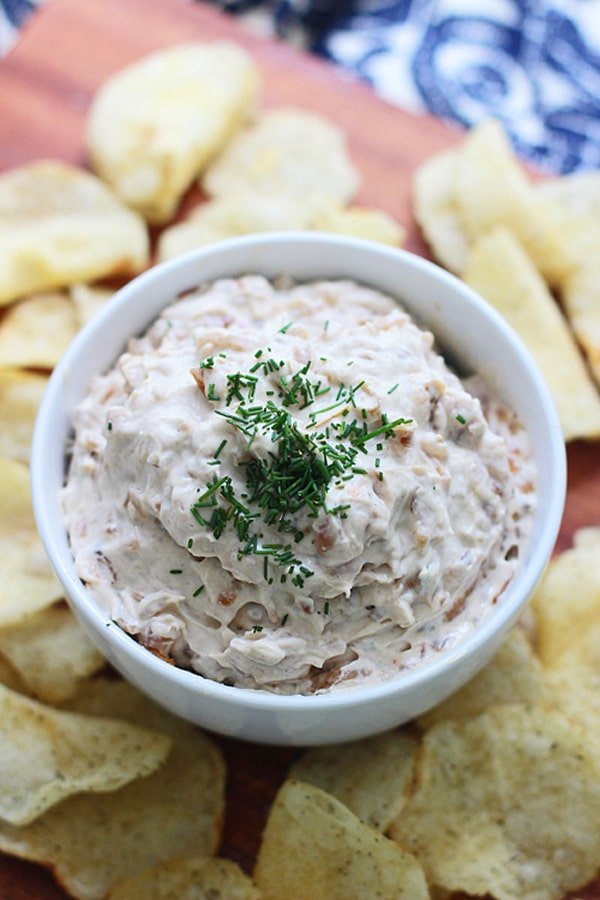 Print Rate Email
French onion dip no longer comes from a box! Homemade brown butter french onion dip is not only seriously addictive and delicious, it's low-fat too!
Prevent your screen from going dark
8 people