With all this talk about pumpkin, it seems I’ve forgotten about one of the other leading actors in this thing we call fall – apples.

But that ends today. I can’t promise there won’t be any more talk of pumpkin, but I think I’m definitely going to scale it back a bit and focus on apples for the time being.

It’s shame I haven’t talked about them more here, because really I practically live on apples. That never used to be the case, but when I started dieting for my wedding, I was trying to cut out most carbs from my life (what was I thinking?!), so instead of having a piece of toast with peanut butter for breakfast every morning, I switched out the bread for apples. At the time I thought it was going to be horribly torturous, but it was actually better with apples and even ended up keeping me full longer, so since then, I’ve been an apple with peanut butter convert. 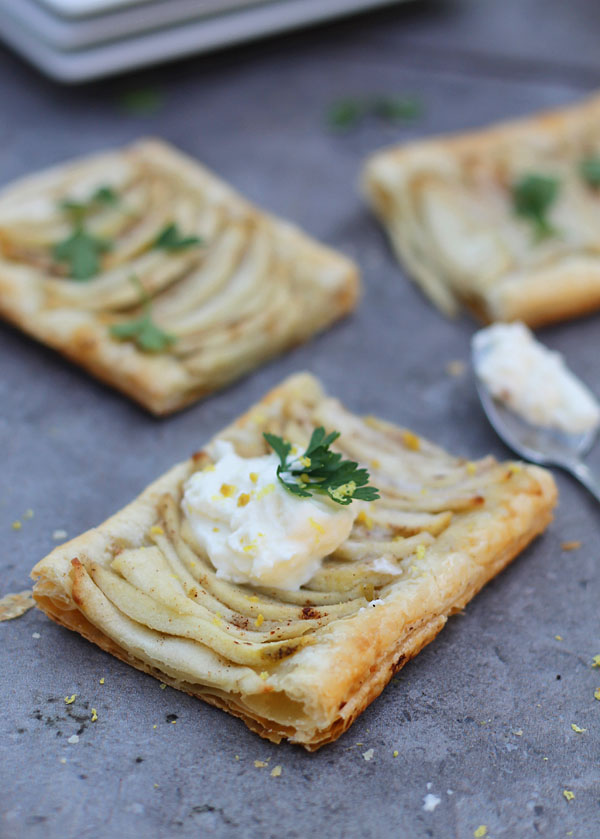 Eating an apple with peanut butter as I type this…

Head on over to For Chic Sake today to check out my first apple creation of the season: these brown butter apple tarts with cinnamon whipped cream and brandy – can I get an amen??

They’re heavenly and so so ridiculously easy. Happy Friday!