This Brown Butter Caramel Pear Pull-Apart Bread with Cream Cheese Icing is a sweet tooth, carb lovers dream. Caramel-y, nutty brown butter pears are stuffed into between torn bread, covered in cinnamon and sugar and baked until sticky and sweet. 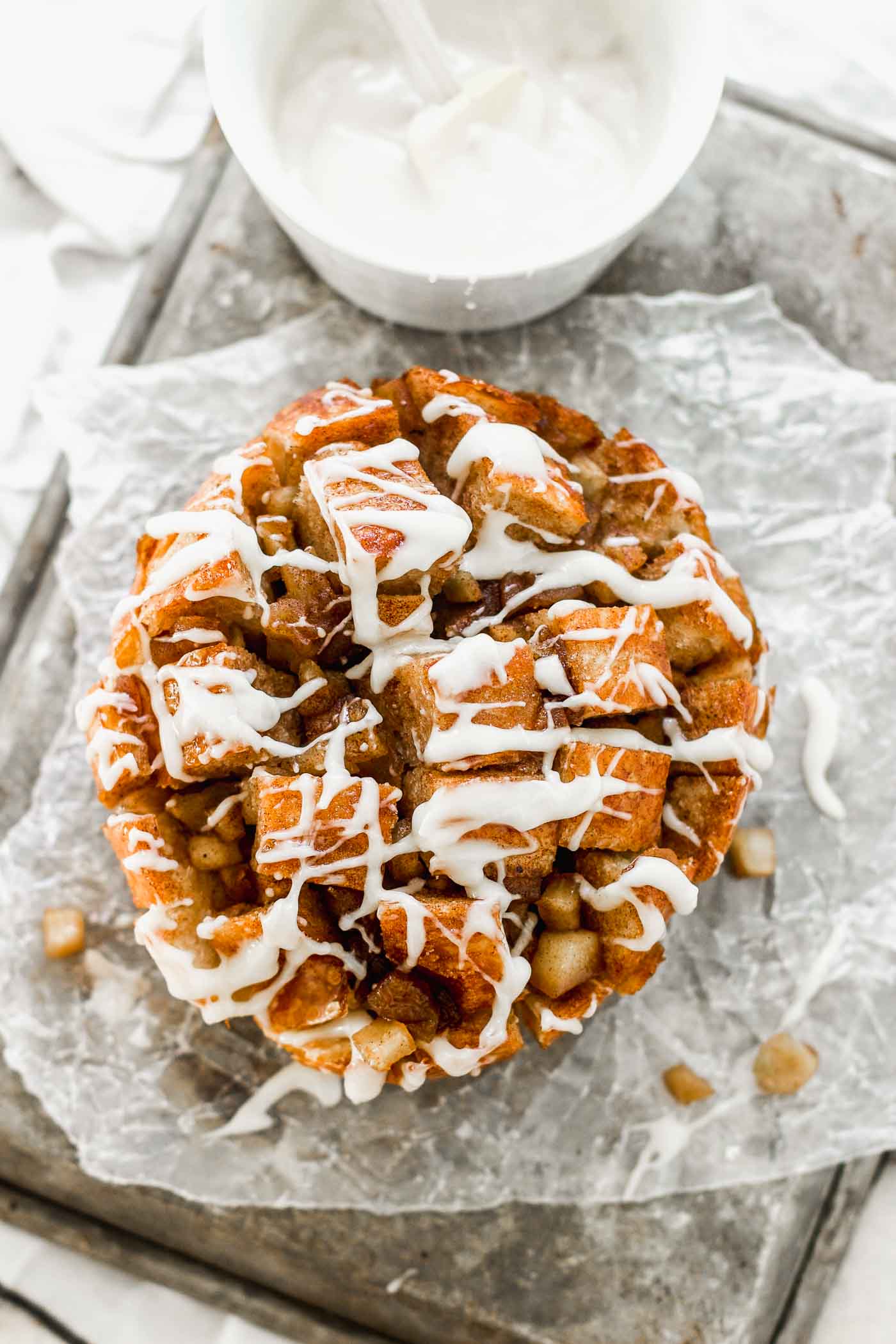 Admittedly, it was going to be even longer because the chosen title in all its glory doesn’t paint an accurate picture of what’s really happening. The title which actually depicts what this insanely addictive breakfast/dessert/snack should be is Brown Butter Caramel Pear Cinnamon Roll Pull-Apart Bread with Cream Cheese Frosting. Because that’s exactly what this is.

It could also be called heaven, perfection and the only way to eat carbs from now until eternity.

Pull-apart breads have been making their way through the Internet for years now, and while I’ve lusted after countless adaptations, I stopped short of developing one for the blog because it seemed as if every person on the face of the planet had their own variation. On top of that, just about every version seemed to take only a slight departure from the last, and all of them were savory. Now I’m allll about savory cheesy carbs, but if I was going to make one, I wanted it to be different and not something you’ve already seen a hundred times over.

It never even crossed my mind to do a dessert version of the pull-apart bread until I saw good old Bobby Flay making a similar version while I was binging Food Network around some Sunday a while back. Being lazy served me right for once. I immediately jotted down the idea as a keeper, and begin to brainstorm adaptations of his version. 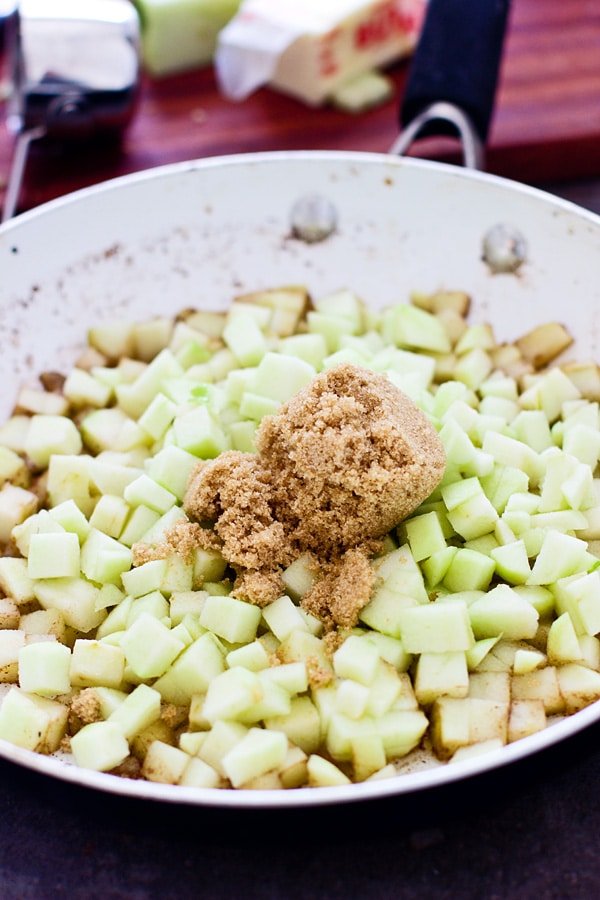 Since we’re on the precipice of winter, I found it seasonally appropriate to stuff this pull-apart bread with the crown produce jewel of the moment, for me at least – pears.

I can’t get enough of the sweet fruit lately. Every pear I grab at the store seems to be softer and sweeter than the last, so I’ve been finding infinite ways to incorporate them into as many recipes as possible.

Because there’s not reason NOT to sauté pears in brown butter, that’s what I did.  After the pears are nice and soft, a good amount of brown sugar is added in, and it’s all cooked together until the pears are stick, sweet and swimming in caramel sauce.

From there the filling acts as a sort of double duty ingredient:

Part one: The pears fill each and every crevice of the torn bread.

Part two: The extra caramel sauce is used to brush the surface of all the bread that’s not already saturated in caramel sauce. You really want make sure every single square inch is covered. 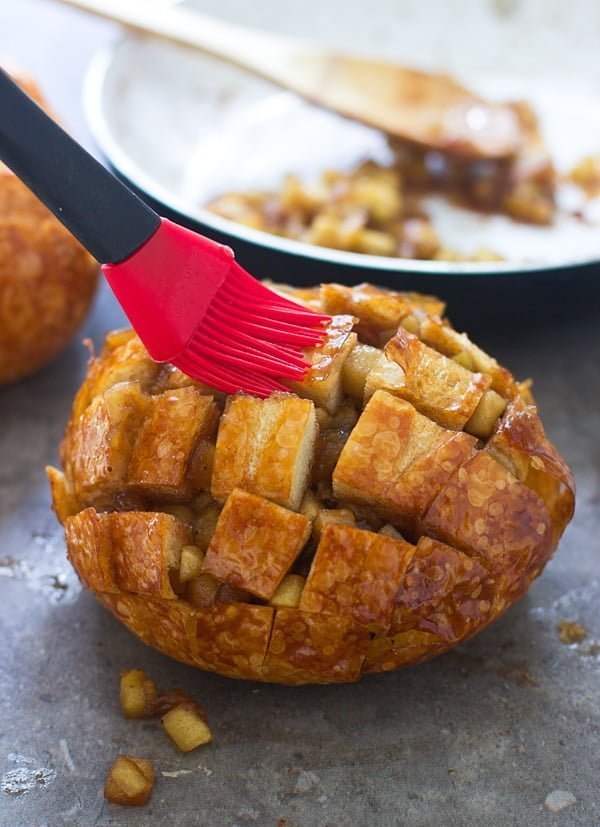 Once the bread is super sticky and stuffed, it gets covered in cinnamon and sugar, wrapped in foil and popped into the oven until all the sugar melts and the bread becomes one gooey, melty, sweet mess.

Aside from the crusty, sticky, sweet top and caramel soaked bread pieces, what I really love, is a good bit of the pears and caramel sauce fall to the base, saturating the bottom half of the bread. It basically forces you tear it apart with your hands caveman-style – and without any shame. 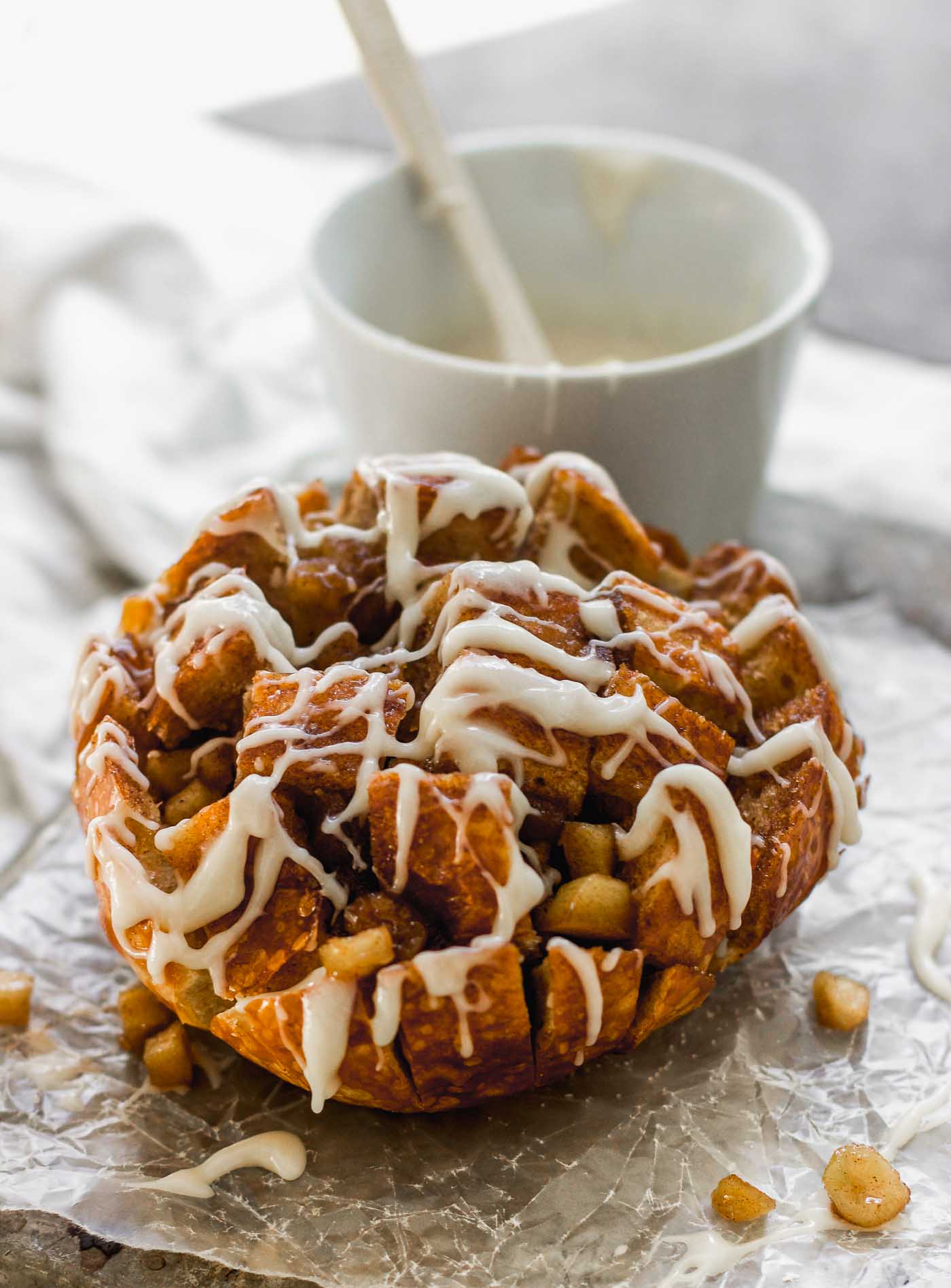