Did you go crazy over those little English muffin pizzas as a kid? 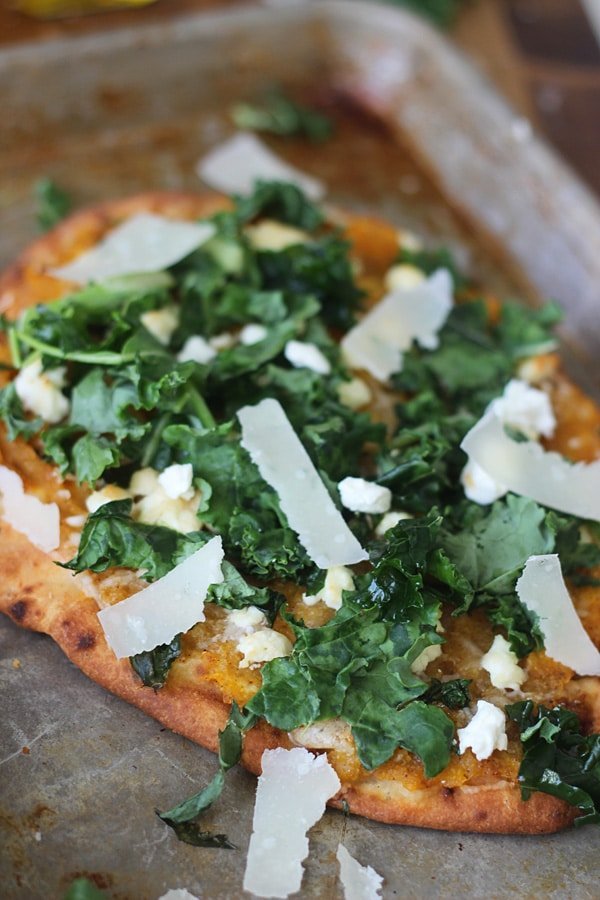 Who am I kidding, of course you did! I loved em, still do. It was one of my favorite snacks/meals growing up; my Mom almost always had pizza sauce in the fridge and a bazillion choices of cheese, so I could throw a pizza together in mere minutes. Most of the time I’d just throw on a little mozzarella cheese and call it a day, but occasionally I’d get a bit fancy and top them off with goat cheese and veggies we had in the fridge. 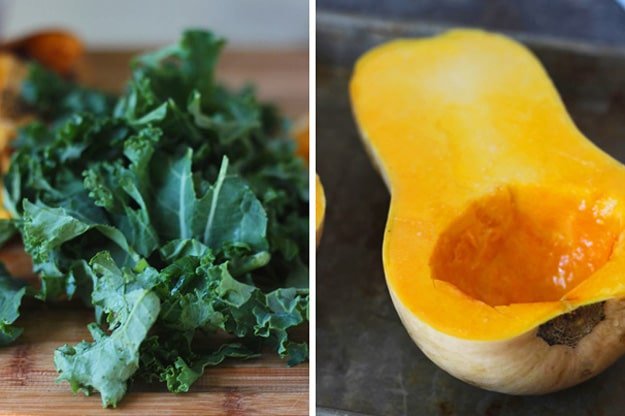 These days, I don’t just stick to the pizza sauce and cheese, I use whatever ingredients I’ve got in the fridge, and you know what? Sometimes they come out pretty flippin’ fancy.

The other night when I was home alone for some reason or another, and was craving pizza like a mad woman, I grabbed an English muffin, some leftover butternut squash puree, pancetta, goat cheese and kale, and made a fancified personal pizza. 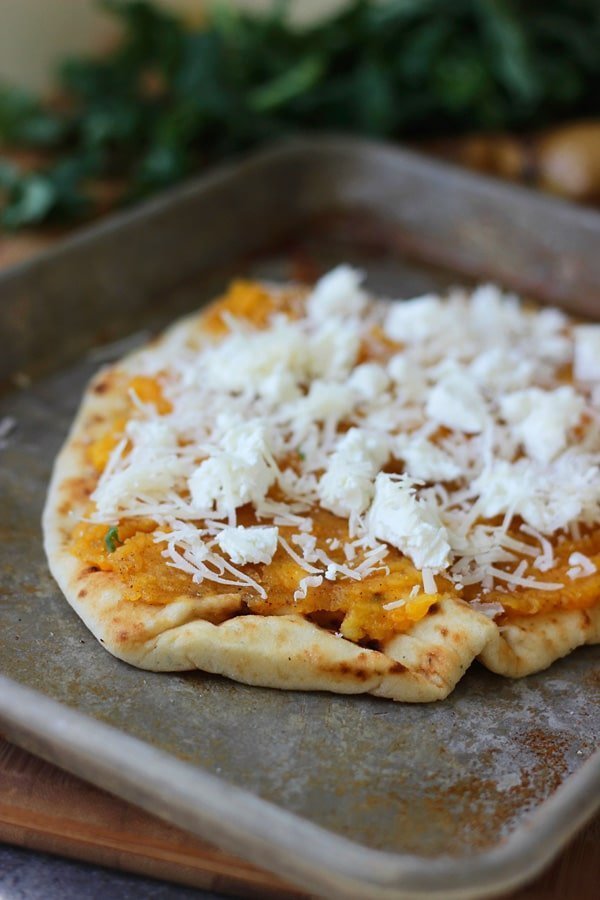 As I sat on the couch, devouring my humble (but fancy) pizza while trying keep Ravi from snatching it right out of my hand, I thought you all would probably love the flavors just as much and maybe I should share, but… I can’t seriously put English muffin pizza on the blog. Can I???

So I did the next best thing and turned it into a Naan pizza, because Naan pizza is so much more acceptable as an actual meal for an adult than English muffin pizza – or at least that’s what I’m telling myself. 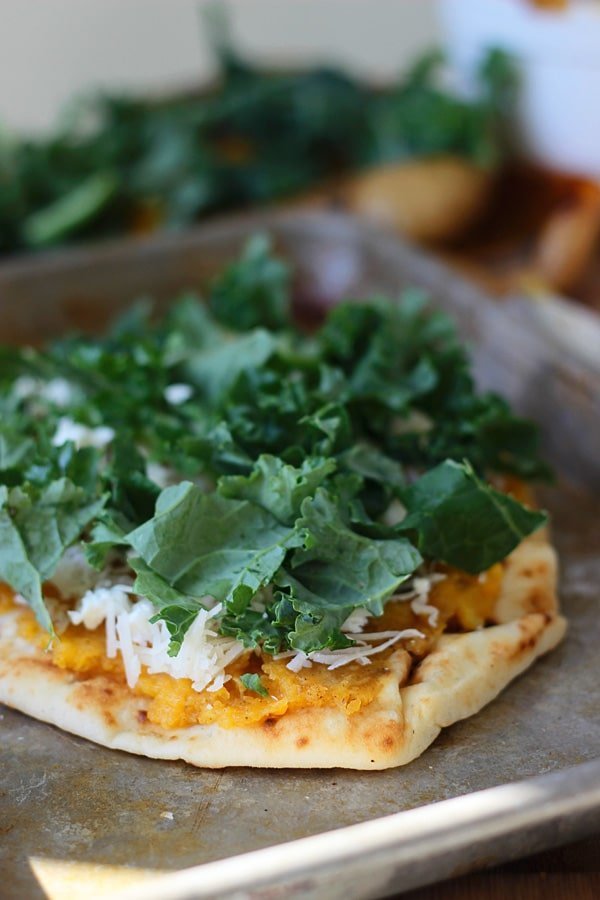 Looks fancier too, doesn’t it? 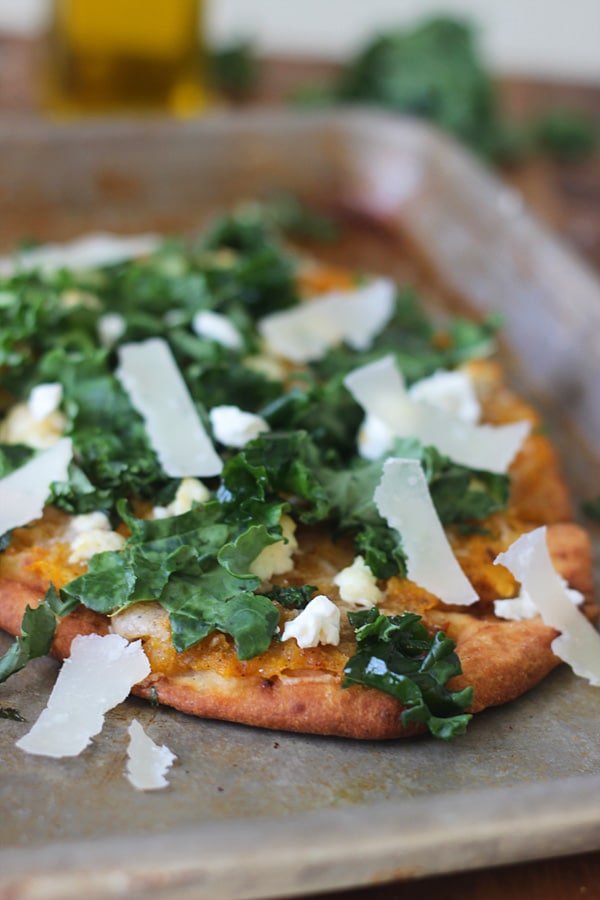 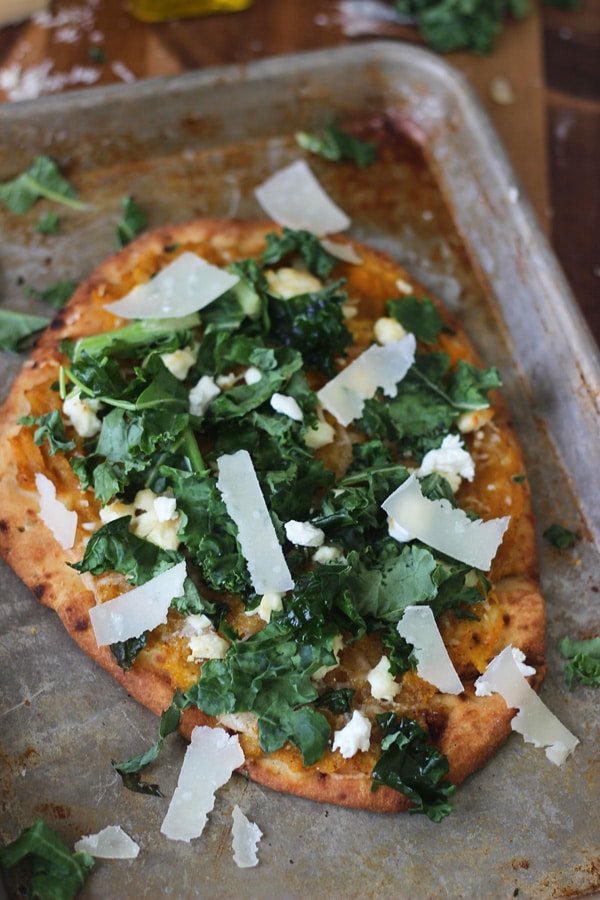 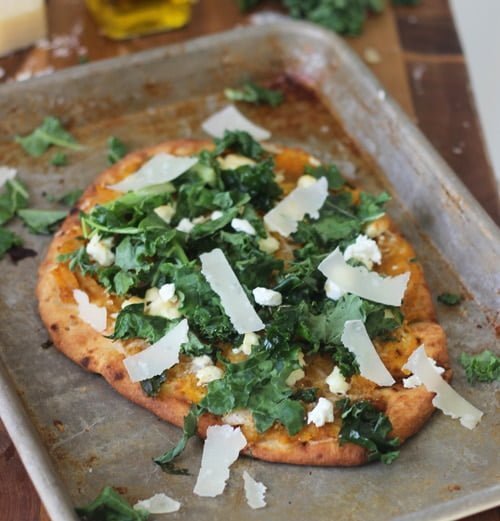