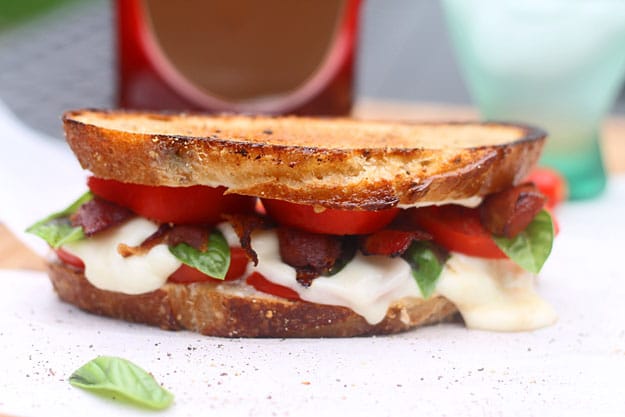 This classic combination isn’t necessarily ingenious or brand spankin’ new, but it’s a tried and true classic that is universally loved and still totally relevant in the food world today…or at least in my food world. 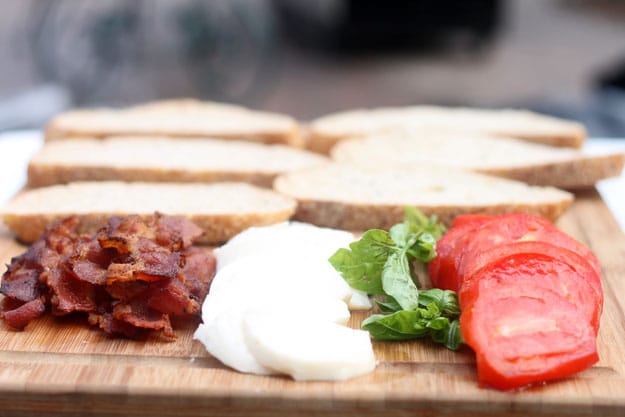 With summer tomatoes at their peak, there’s no better time to utilize their sweet, juicy, fruity flesh. The tomatoes we grew in our backyard were some of the most delicious little gems I’ve ever tasted, and I knew they’d be perfect in a caprese re-vamp.

I think what makes a dish new again isn’t the ingredients you use, but the way in which you use them. My case in point is proven by all of the different spins on the classic caprese salad that are floating around the blogosphere at the moment. I’m absolutely gaga over this creamy caprese quinoa bake, these watermelon caprese bites, and these ravioli caprese stacks, along with a thousand others I’ve been drooling over in the last couple of weeks. With all the lovely tomatoes at my backdoor, I decided to jump on the bandwagon and construct my own spin on the flavor combo. 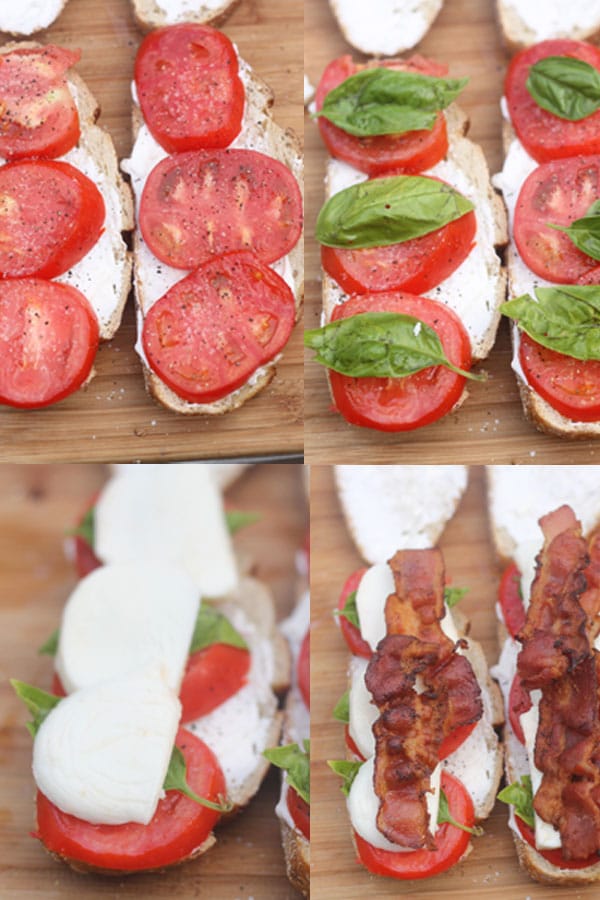 Straightforward in its composition and fuss-free assembly, this easy sandwich has only six ingredients and dirties up just one skillet. The panini is cooked in the same pan as the bacon, doubling up as a vessel to toast the bread, melt the cheese, and inject a plethora of bacon flavor into the pores of each piece of tangy sourdough bread. While the ingredients are all relatively simple alone, together they make one beautiful, gooey, flavorful masterpiece. 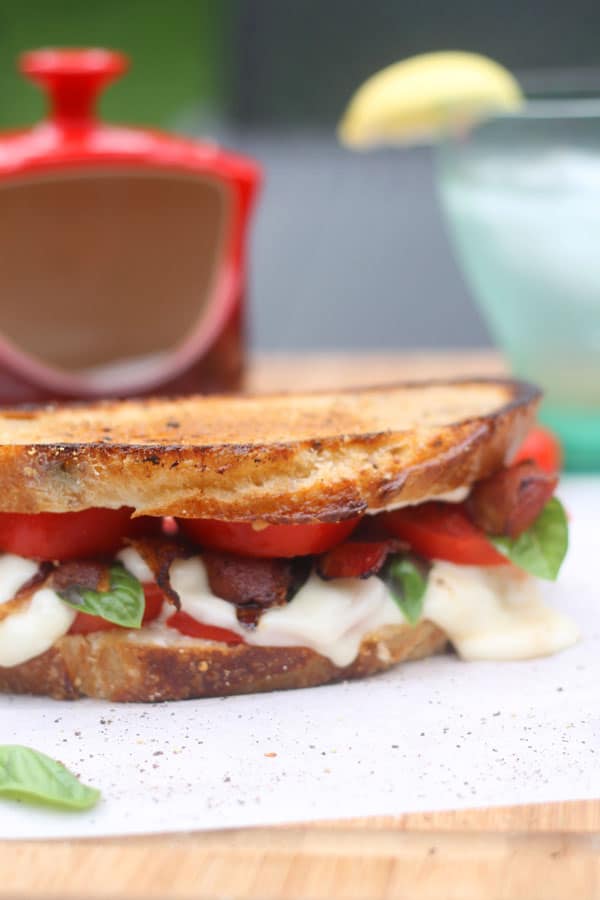 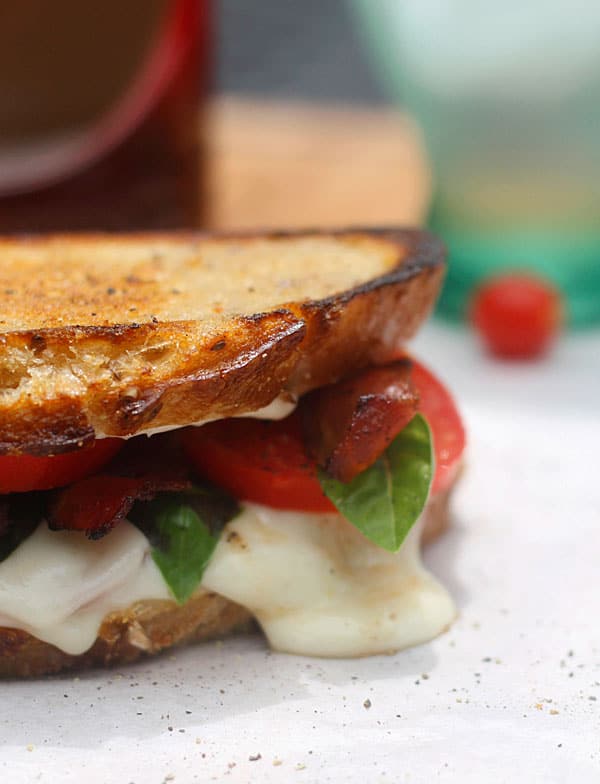