Easy Chorizo & Potato Soup is a spicy, easy winter soup that will warm you up in no time! 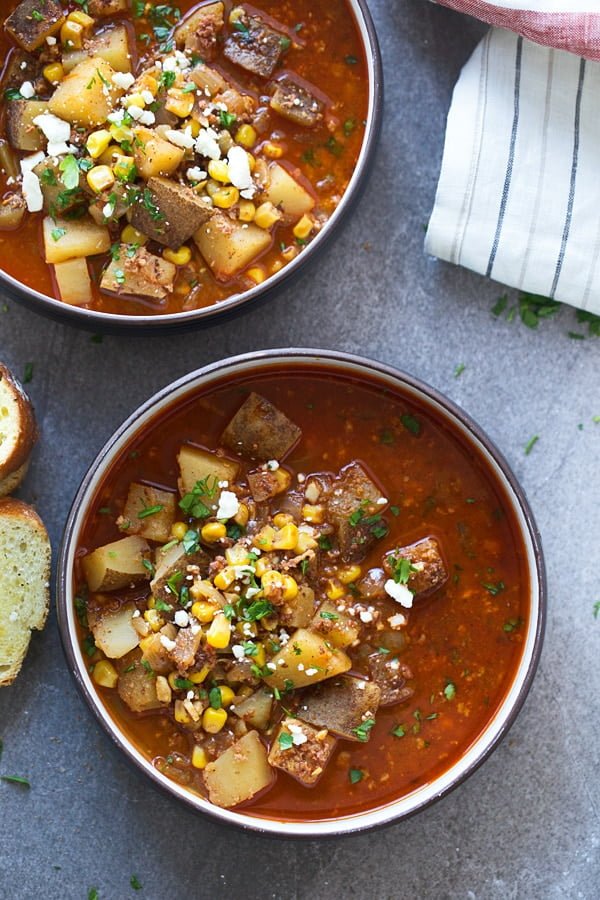 This Easy Chorizo & Potato Soup could quite possibly be the easiest, most flavorful soup I’ve ever made. In addition to its ease, from start to finish it takes under 30 minute to prepare, which makes it a meal I plan on making over and over again until spring decides to make an appearance.

Because while all soups automatically warm my chilled body up (like Creamy Chicken Enchilada Soup, Asian Chicken Noodle Soup or Butternut Squash Soup), this one does even more so because spoonful after spoonful of spicy broth leaves a lingering warmth all the way from my stomach to the apples of my cheeks.

Oh, and did I mention there’s only six ingredients involved in said soup? 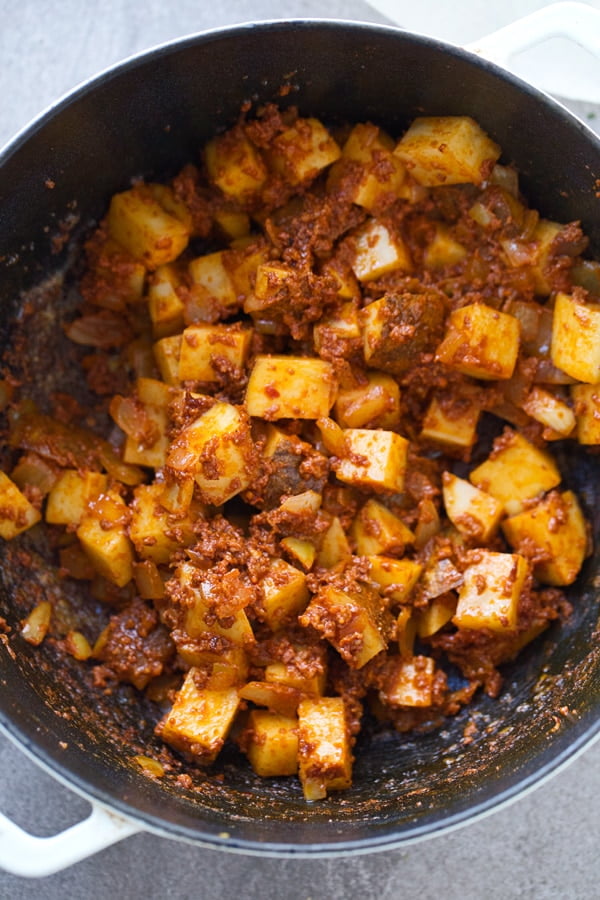 This is what happens when chorizo is involved. The need for other accessory ingredients dissipates, since chorizo itself is packed full of garlic, cumin, coriander, cloves, oregano, chile powder, paprika and several others I’m sure I’m missing. Because Mexican chorizo doesn’t hold together like normal sausage or even a Spanish chorizo which falls more in line to a smoked sausage, the ingredients and lingering flavors have a tendency to permeate whatever it is you’re cooking it with. 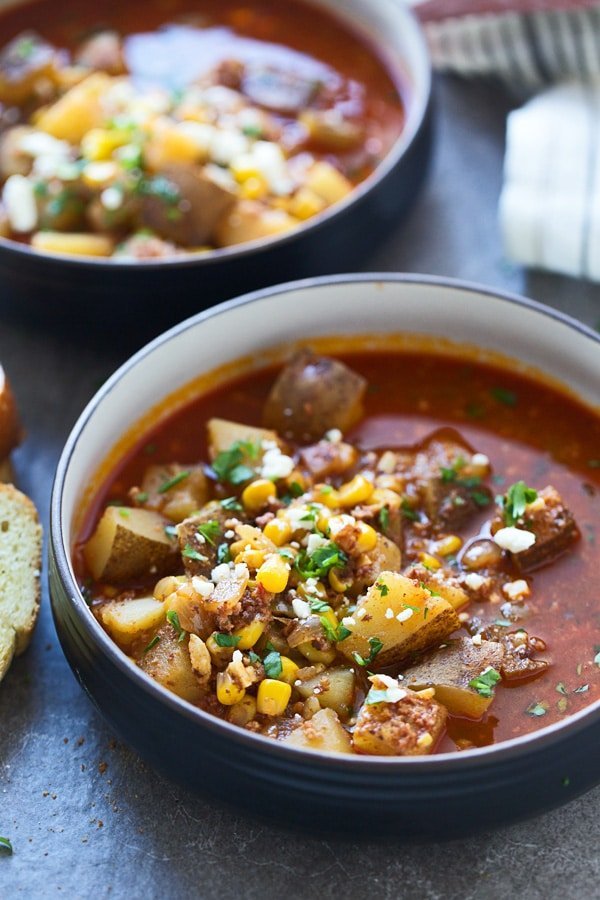 To start, the chorizo is cooked with a little bit of onion, and because chorizo has so much fat to it, there’s really no need for any additional oil. Once the chorizo has browned and cooked completely, the diced potatoes are added in, cooked for a few minutes and then it’s covered in low-sodium chicken broth.

The mixture comes up to a boil and is reduced to a simmer until the potatoes are cooked through, then at the last minute, a cup or so of frozen corn kernels are added in, along with a final seasoning of salt.

I’ve also made this with lots of chopped kale and liked it even more, so if you wish, add in a couple handful of massaged (always important to massage it!) chopped kale after the soup has simmered for seven or eight minutes.

I like to garnish with plenty of chopped flat-leaf parsley and a sprinkling of cojita cheese, but you could also garnish similarly to an enchilada or tortilla soup with sliced avocado, plenty of cheddar cheese and green onion. 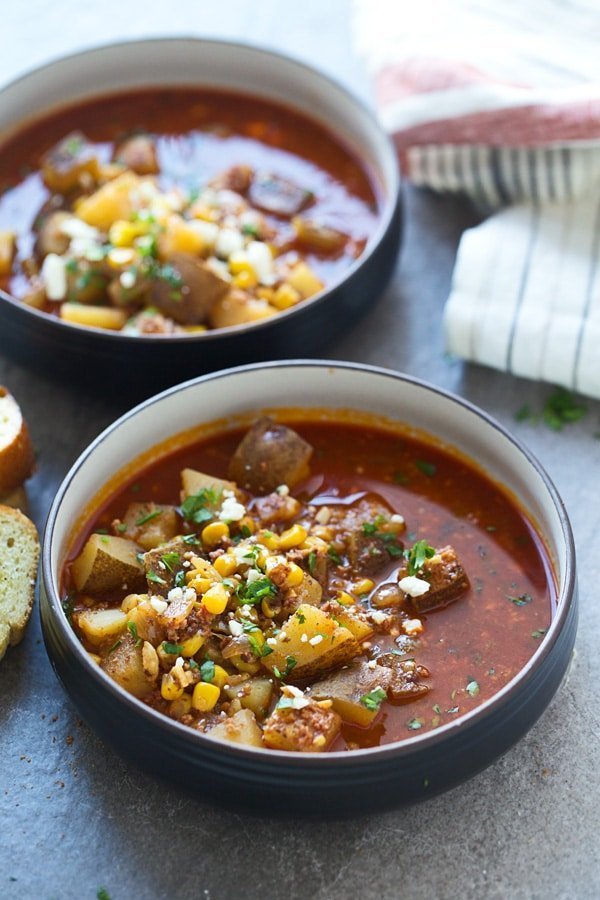 Print Rate Email
This Easy Chorizo and Potato Soup is quite possibly be the easiest, most flavorful soup that takes under 30 minute to prepare and only requires six ingredients.
Prevent your screen from going dark
6 people