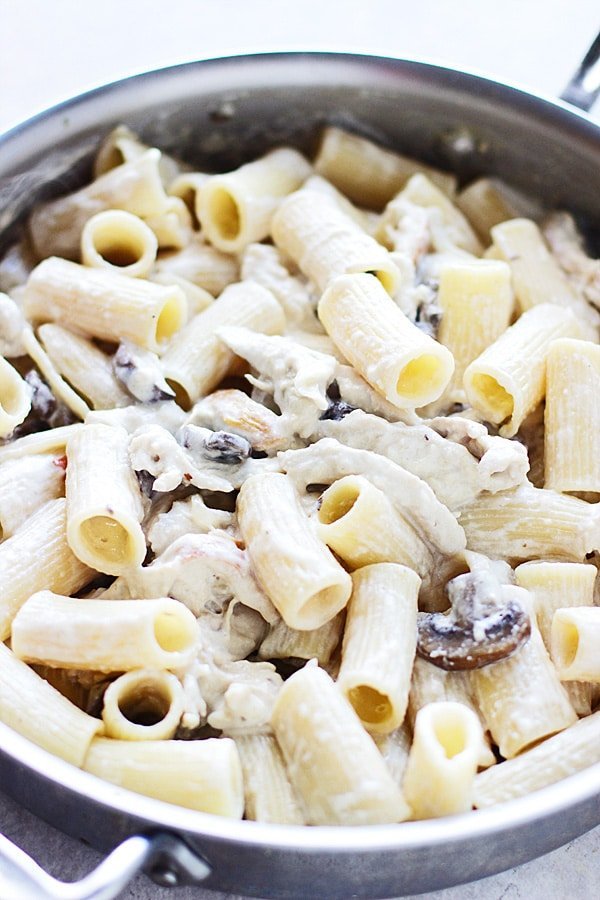 How was your Christmas?! Let me guess – it went by entirely too fast and now you’re in tears because you actually have to get out of your pajamas, take a shower and mosey on back to work. I’ve never understood why a two week Christmas vacation stops once you’re past the college years. I think every work environment would be a more efficient place to be if we all got a significant period of time off – you’re more inspired, more motivated and a heck of a lot less likely to waste precious daylight hours cruising the internet after a nice long period of relaxation. 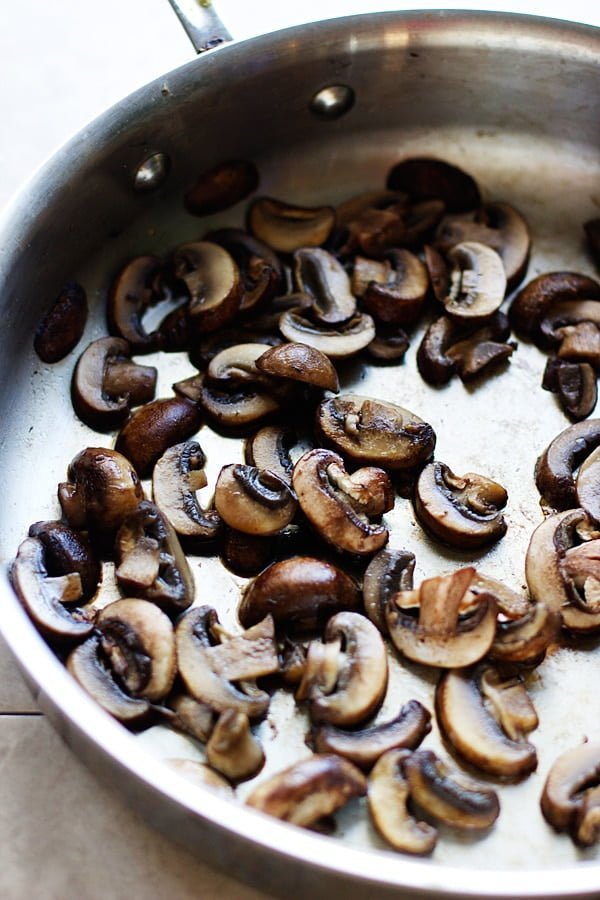 Anyhoo, my Christmas was just lovely. It was different this year, very quiet and low-key, which was a nice change from what it usually looks like. Of course, as all holidays go, I pretty much ate my face off and instantaneously gained the five pounds I slowly lost over the last three months. You’d think three dinners out over a period of four days would leave me grasping for healthier, more balanced meals, but nope. Even though I consumed 52,365 calories this past week, come Sunday I was still in the mood for something decadent. Plus, it’s still the holidays for another week, right?

I pretty much covered all of the food groups over the course of my gluttonous path, but the one food group I neglected to show love to was pasta – my one true food love. 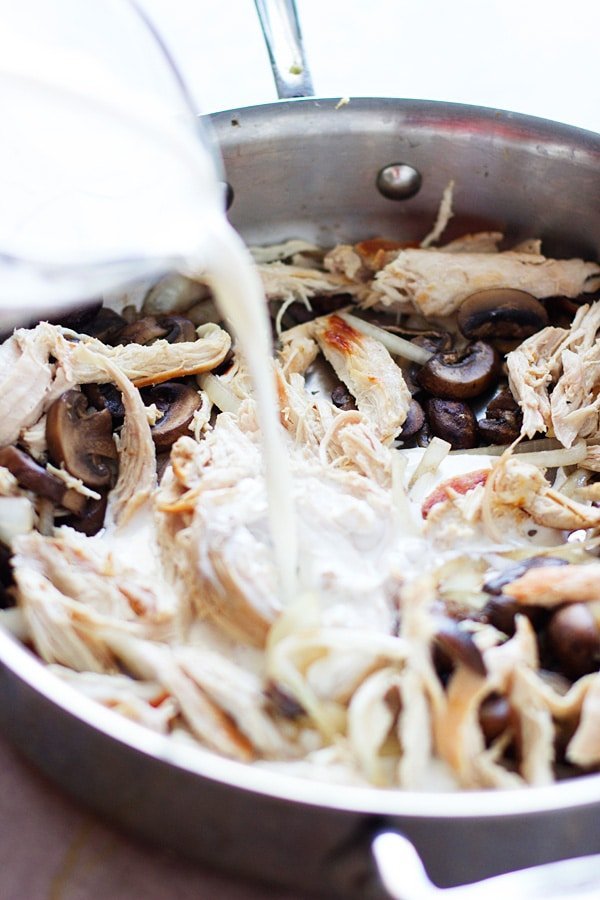 What makes this creamy sauce really delicious is the addition of two whole roasted heads of garlic – which is one of my favorite ways to pack a ton of flavor into creamy sauces and soups. While the garlic is being roasted, I brown up a half a pound of baby portabellas (also known as cremini mushrooms) and sliced onions in a little bit of butter until the mushrooms are super caramelized and brown. A little trick I learned from Rachel Ray is to hold off seasoning them until AFTER they’ve browned, otherwise, they will just absorb the salt and take longer to brown.

Once the garlic is roasted, it’s squeezed out of all the tiny little compartments and crevices and whisked into the warm half and half. The half and half is then transferred to the pan with the mushrooms, onions and pulled chicken (I roasted mine in the oven, but you can just use a store-bought rotisserie chicken) and simmered for a bit until it’s slightly thickened. Mild, but flavorful fontina cheese is whisked in and then everything is tossed with aldente rigatoni and more fontina cheese. Couldn’t be easier! 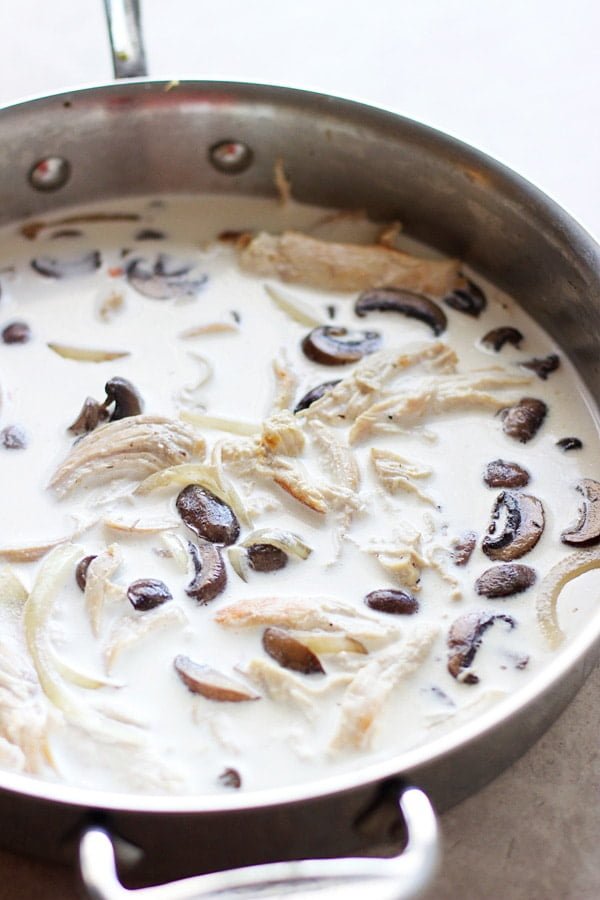 What I really adore about this pasta dish, is it’s ridiculously easy, but it’s seriously elegant and perfect for a special occasion – New Year’s Eve perhaps?? 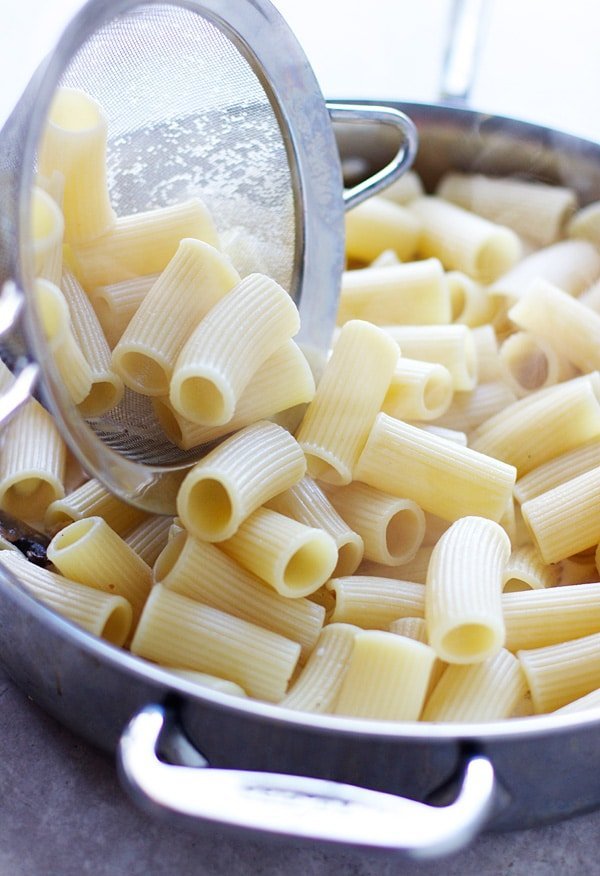 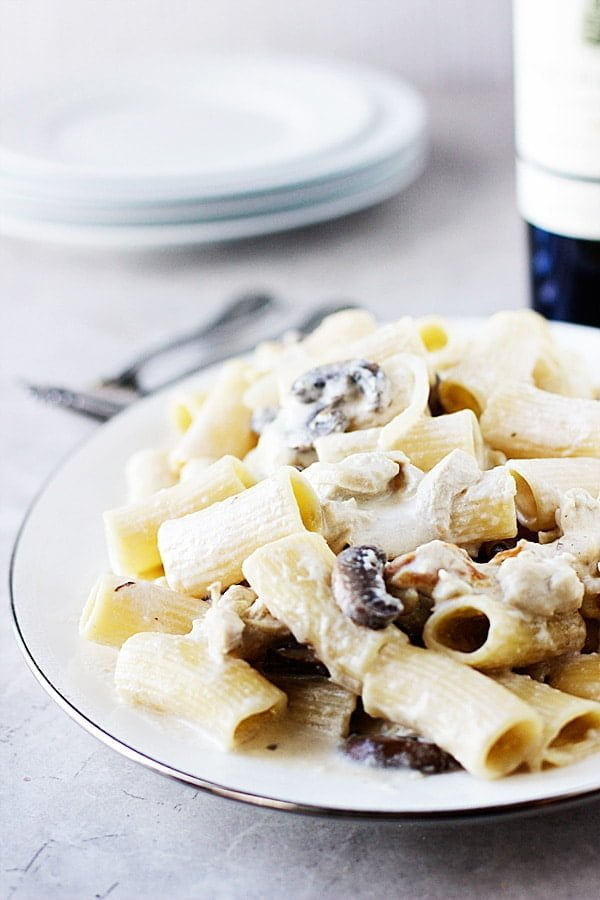