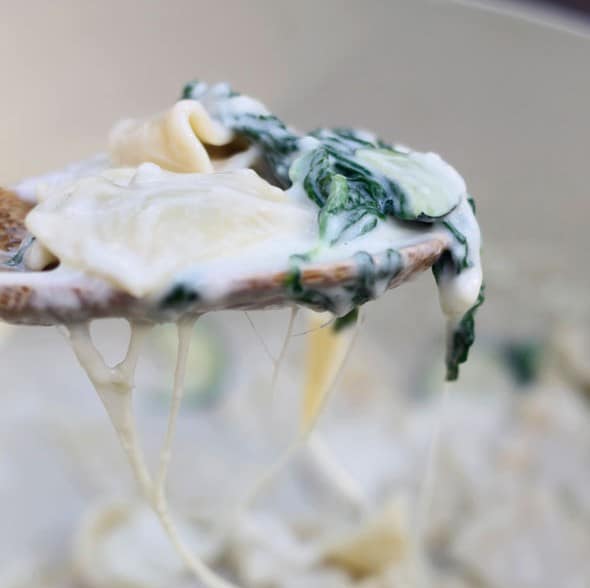 I wasn’t originally planning on posting this recipe for a couple reasons:

A.It was so hot and horrible outside when I took these photos that I only snapped a few quick, less than stellar shots.

B.The dish didn’t turn out exactly as I’d planned, because I was umm lazy and didn’t feel like layering sheet after sheet of lasagna noodles, vegetables and sauce…

Now you may ask why I’m posting this given the information I provided. And the answer is simple.

It was good…and if I’m being entirely honest, I’m also having major technical difficulties that are making it impossible to upload my most recent creations. 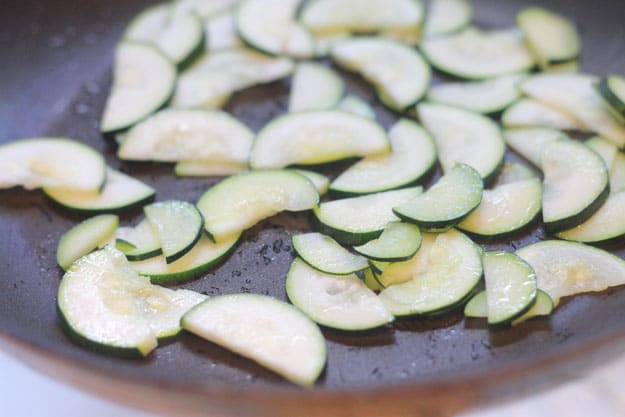 Getting back to the aforementioned laziness in lasagna preparation…

I had grand plans for this “lasagna” to be an actual lasagna with lots of layers of bright green summer veggies, layered in between thin sheets of pasta, creamy béchamel sauce and stringy mozzarella cheese. It would come out looking cheesy, green and completely picture worthy. But heat took over me and I didn’t feel like turning the oven on and just wanted to throw everything into a big ole’ pot for a quick dinner.

So that’s what I did.

Béchamel was whisked up in the same pot as the noodles.

Sautéed veggies were thrown into the sauce.

Loads of parmesan and mozzarella cheese were tossed with the noodles.

Everything was stirred together.