Classic falafels get a healthy spring update in these Crispy Baked Lemon Chickpea Cakes. They’re full of lemon zest, juice, sweet leeks and dijon mustard for a zippy kick – perfect on top of a salad or served on their own with a touch of greek yogurt. 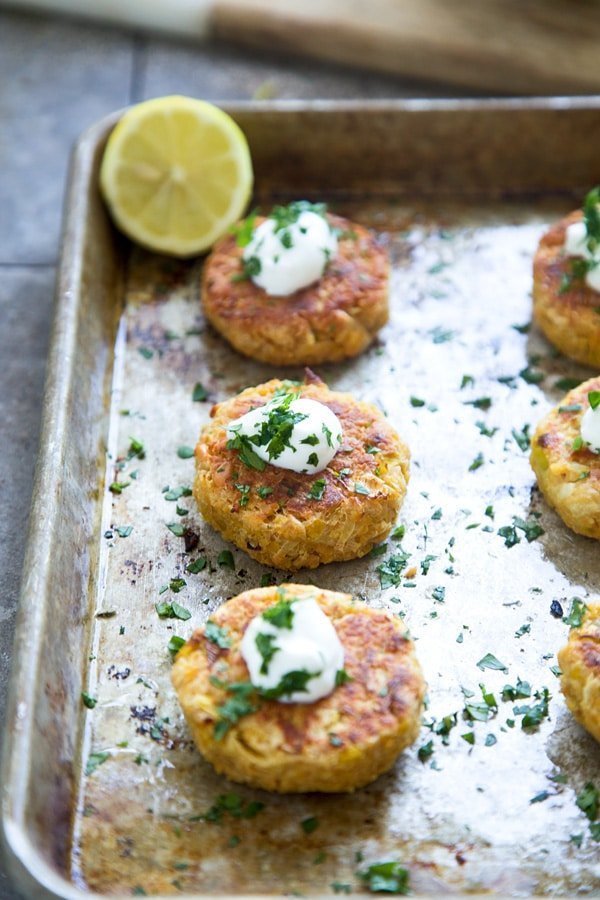 I’m not a vegetarian by any means, but I couldn’t live without my leafy greens, roasted vegetables, and legumes – especially chickpeas. I’ve had an infatuation with chickpeas since I was a little girl, and as a young kid, I’d eat them straight from the can while making a game of peeling their razor-thin skins off the body before I popped them into my mouth like cracker jacks.

As I got older my love for chickpeas only intensified with the introduction of hummus, a dip that soured in popularity despite being smack dab in the middle of the Velveeta and cheese whiz era. Although before you start thinking of me as one of those people who judges Velveeta eaters, I wasn’t (and still am not) one to do turn down a big ol’ bowl of rotel dip – fear not.

Later, after I fell in love with falafels, I realized just how versatile the chickpea is. With a bit of seasoning, they’re the perfect addition to salads instead of chicken or shrimp. When baked in the oven until crisp, they make a wonderful snack or topping to pizza. They’re also deliciously hearty in soup, and actually, this chickpea soup has become one of my favorites of all time, almost outshining my beloved broccoli cheddar. 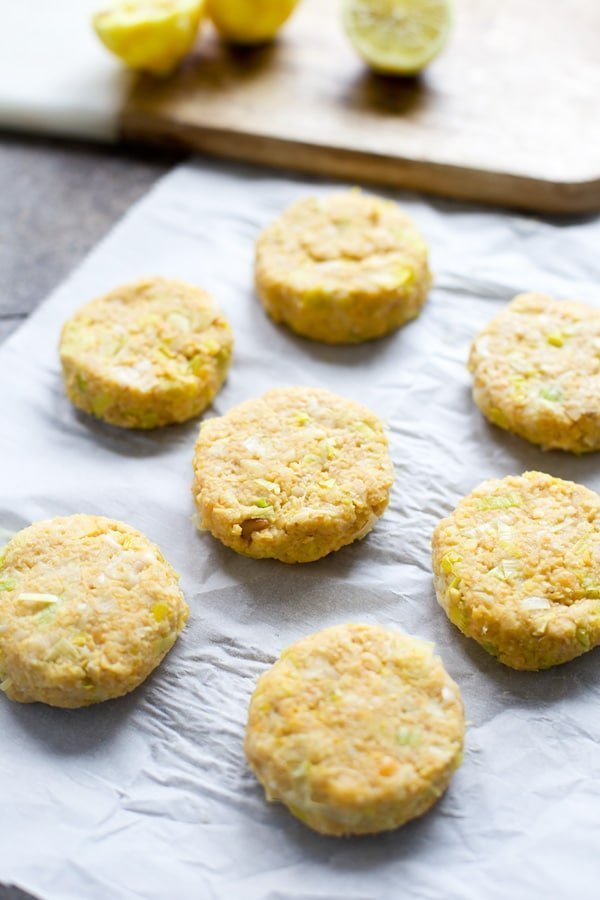 Today’s recipe definitely spotlights the chickpea and is sort of spring/summer take on the falafel. Except instead of traditionally deep-frying, I used the same method as this Sheet Pan Chicken Parmesan to fry/bake the patties and mimic that deep-fried texture. I don’t know why I hadn’t thought of it before for other pan-fried items like chicken piccata (coming soon!), crab cakes or even latkes. Putting the baking sheet in the oven while the oven is preheating allows for the pan to essentially act as a skillet but you get to use a fraction of the oil, and the best part? Oil doesn’t splatter across your entire kitchen.

Aside from the chickpeas and garlic, the herbs and ingredients are significantly different from a traditional falafel. Because I wanted these to reflect the season we’re in, I relied heavily on lemon zest and lemon juice as the key flavor. Leeks offer a more mild, and again, in-season component to the fritter, while a touch of Dijon adds a bit of zippiness. 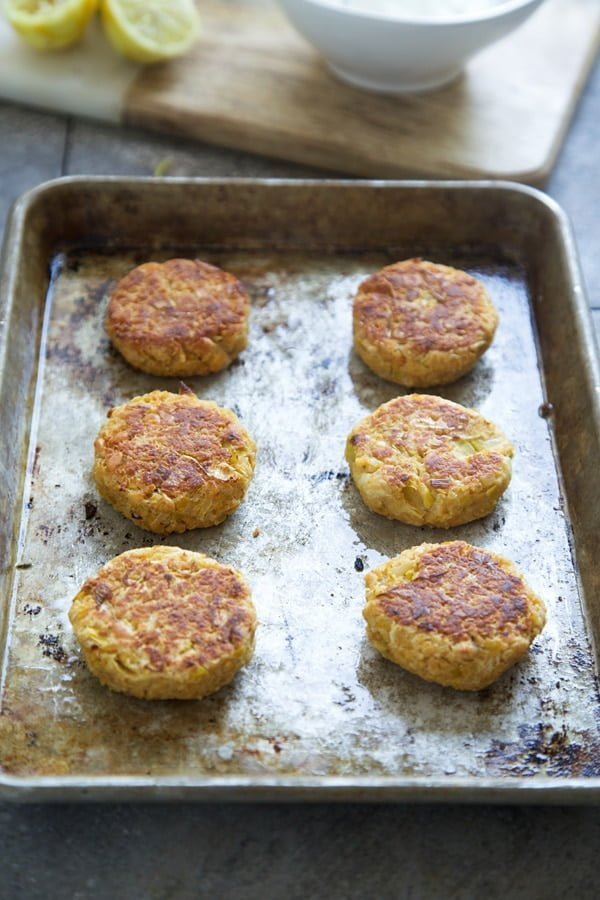 Because I’m all about texture, I also added in some toasted pine nuts for a little bit of crunch, but if you don’t have them on hand, or they’re too expensive, the recipe won’t suffer without them.

To bind everything together, I added in a handful of breadcrumbs and one egg, and then tossed everything just until it came together. Once you form them into patties, they’re ready to get crisped up in the faux fryer. I found that 12-15 minutes was the perfect amount of time for the first side, and then about five to seven minutes for the flip side.

I’ve eaten them as is several times (including about 20 minutes ago), but initially I served them with an easy garlicky Greek yogurt – an aioli of some sort or even a bright pesto would also be delicious. 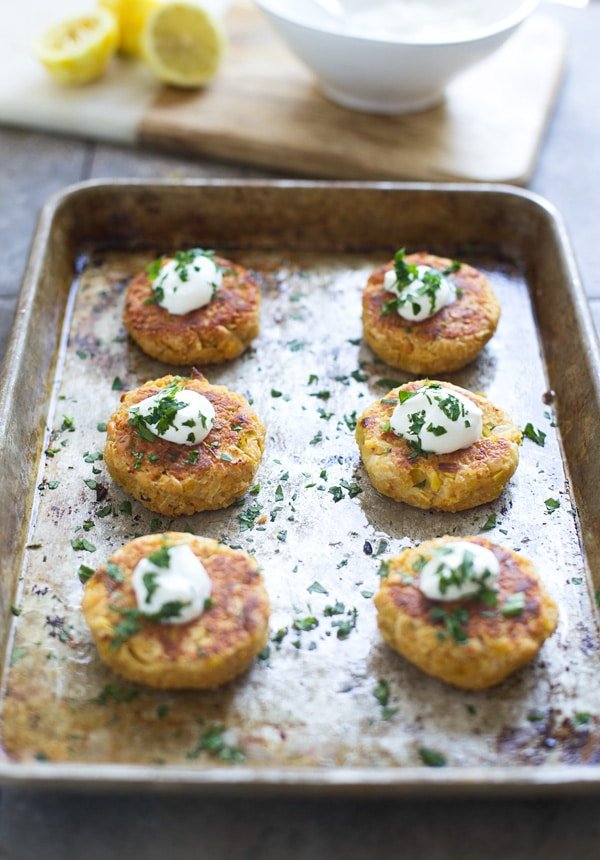 For more easy fritter recipes, check out these posts: