This Easy One Pan Greek Salmon combines classic mediterranean flavors such as lemon, rosemary and garlic and pairs them with roasted tomatoes, kalamata olives and red onion. The perfect easy dinner for a family. 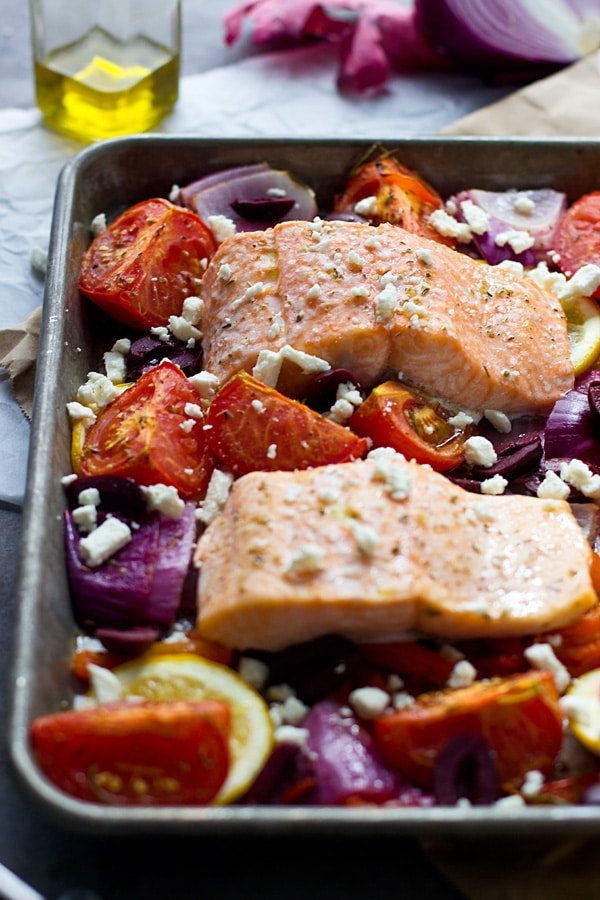 I’ve said it before, and I’ll say it again, since Teddy was born, dinners like these have been my lifeline. Quick, easy, and healthy meals that aren’t boring, and will feed the whole family – which now includes the little guy since he’s eating pretty much everything in sight.

I never realized that babies start to eat “real” food after six months; I mean I knew they went on to solids, but to me, solids just meant pureed peas and yams, not finger food. I had planned on only offering Teddy pureed foods until much later, but he found our food to be much more enticing, and started refusing the baby spoon when he was seven months old. Obviously he needed to continue to eat, so I steamed up some carrots and sweet potatoes, cut them up into pieces small enough for him to handle, and he’s pretty much never looked back. Since then, he’s had a number of foods, but some of his favorites are ground chicken with onion and garlic, broccoli (please let this last!), barley, farro, bread, pears, pineapple and now, salmon. 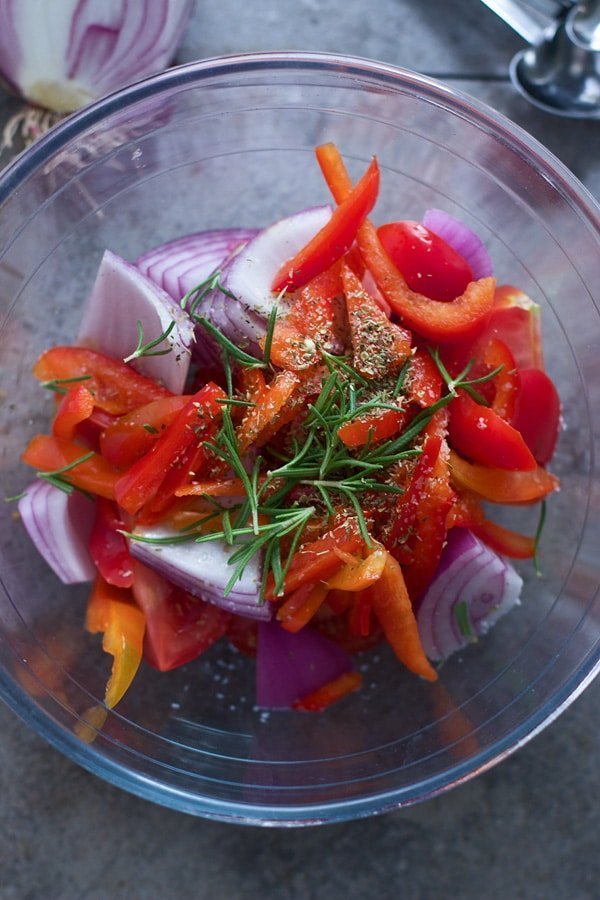 Of course, since he is still a baby, his little digestive system can’t handle a lot of excess salt or fat, so I altered his version just a touch by leaving out the acid and excess salt. For our “grown up” version, I took some classic Greek veggies – fresh tomatoes, red onion, and pepper – and tossed them with a touch of olive oil, dried oregano, fresh rosemary, some lemon slices and salt, spread it all on a baking sheet and popped it into a super hot oven.

After five minutes or so, the pan gets pulled out, salmon filets are nestled on top, and some halved kalamata olives are sprinkled about. The whole thing goes back in the oven until the veggies are softened, and the salmon is cooked through, another fifteen or so minutes. 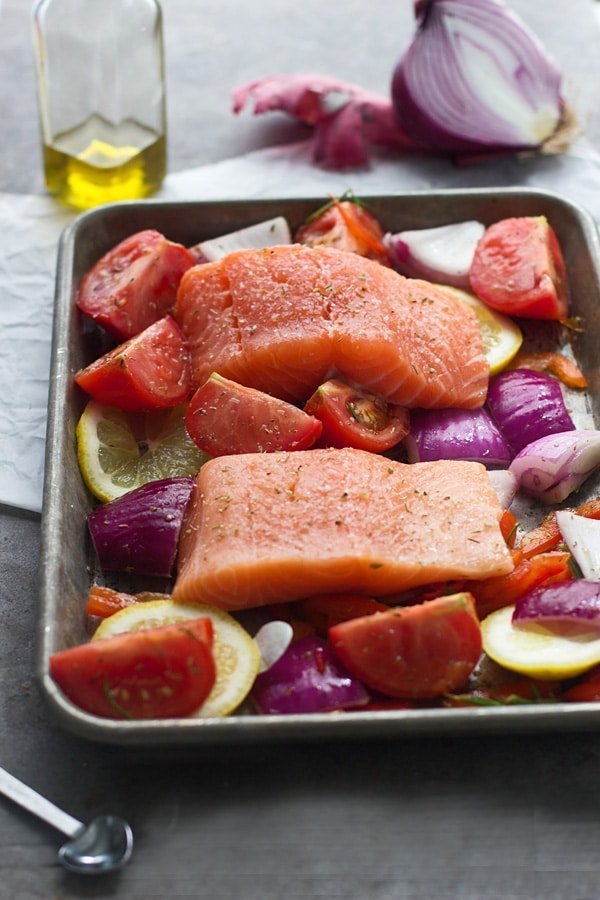 Right when it comes out of the oven, a lemon is squeezed over everything, and a handful of crumbled feta cheese is sprinkled across to finish it off.

Since I’m a carbaholic, I served this with a quick whole-wheat puttanesca spaghetti, but really, it’s called a one-pan meal for a reason – you don’t need anything else. Hope you enjoy! 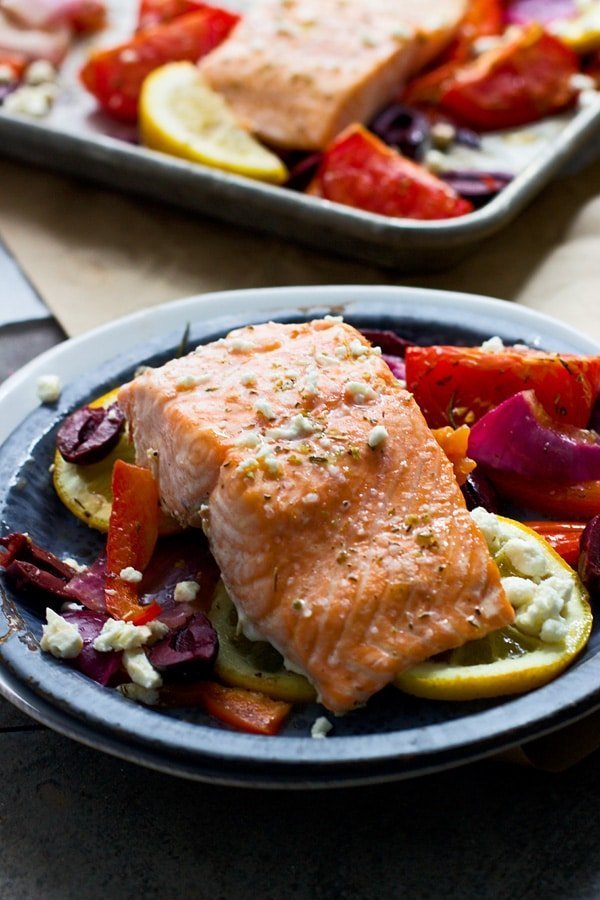 5.0 from 1 reviews
Easy One Pan Greek Salmon
Print
This easy one-pan dinner comes together in under 30 minutes, is super healthy, and SO good!
Author: Nicole ~ Cooking for Keeps
Ingredients
Instructions
Notes
The recipe is for two, but can easily be doubled or tripled.
3.3.3077