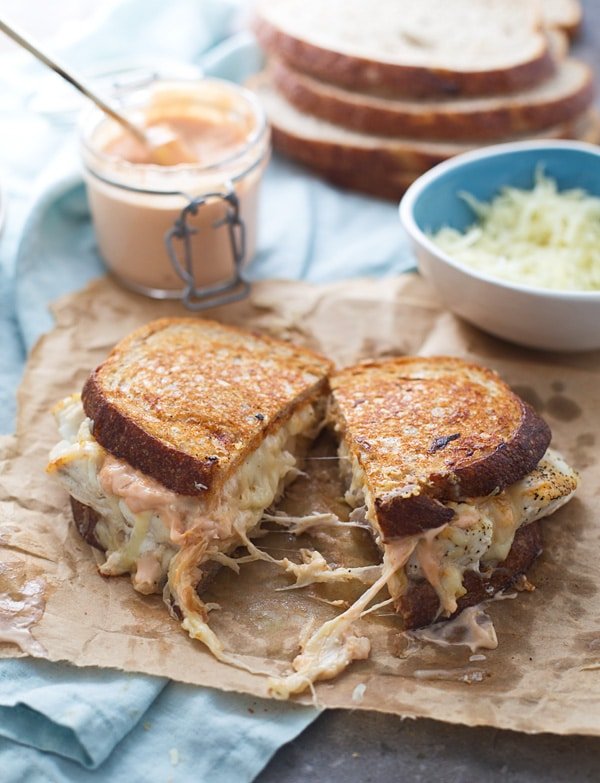 I have a new favorite sandwich, and it’s this Fish Reuben I’ve always loved a well-made Reuben – with the tangy sauerkraut, gooey cheese, and sweet, creamy dressing, what’s not to love? It’s not something I order or have regularly, but when I do, it’s pretty much a given that every single morsel, including every last bit of Russian dressing that’s fallen to the wayside will be devoured.

To me, a reuben is not something I’d classify as beach food by any means. However, when I was watching some Cooking Channel show with Katie Lee, and they visited a beachside restaurant known for their snapper reubens, it made total sense to swap out the more classically known protein, pastrami, for a perfectly cooked piece of fish.

And now, I’m not sure I can ever eat the original version again. 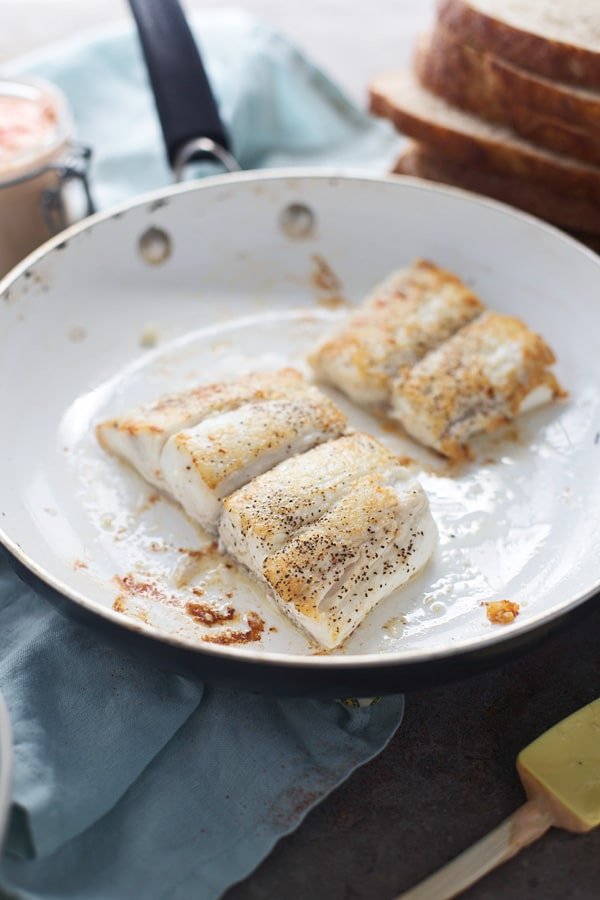 While I’m sure red snapper is delicious, I prefer a heartier fish that can stand up to the heavy hand of sauerkraut, cheese and dressing I slather the bread with. For me, this was halibut because it’s what my grocery store had in stock, but mahi mahi, swordfish, or even tuna would be a great substitute; however, if you have the choice, go with the halibut. Of course, a reuben isn’t complete without a little bit of sauerkraut, a generous hand of nutty swiss cheese (I used a gruyere and swiss Trader Joe’s combo), and traditional rye bread. A little note on the bread, to keep the sandwich from getting soggy, I first butter the inside, and toast it before putting the sandwich together, to create a sturdy barrier for the dressing to lie against.

Once everything gets piles together, it’s cooked until the cheese is oozing out the sides, and the other side of the toast is golden brown and crisp.

Grab a few napkins before digging in, because things are going to get messy. 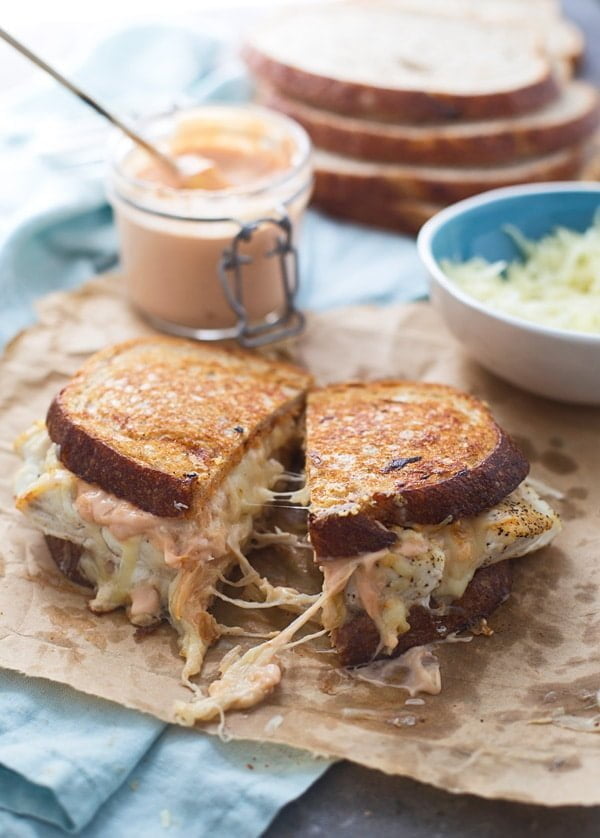