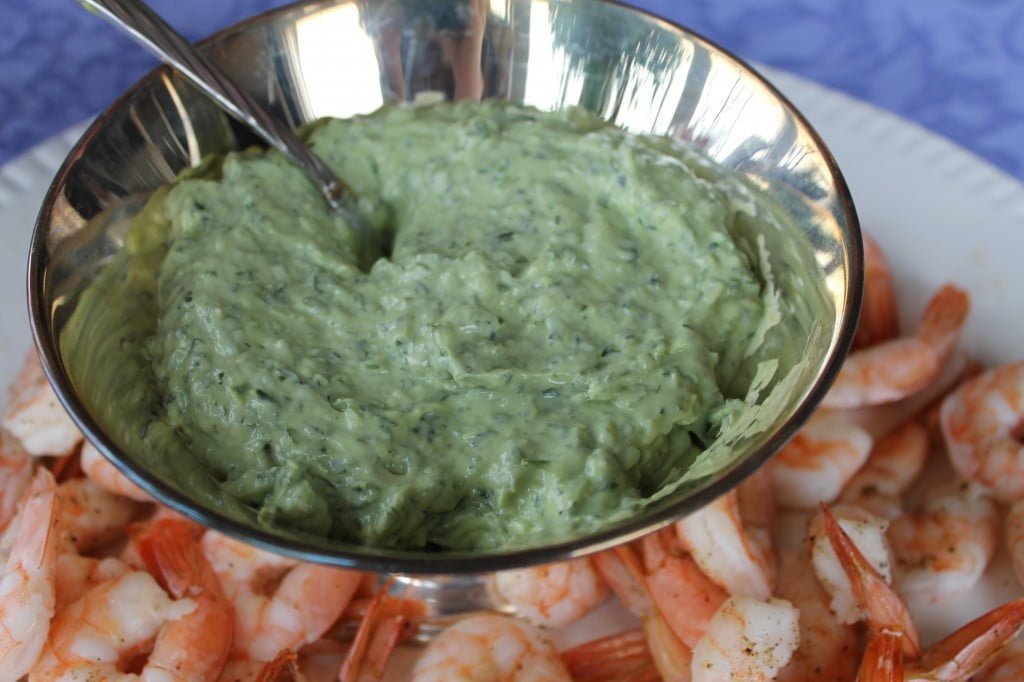 What comes to mind when you try and think about the most historically quintessential party app?

I know that I think of the classic shrimp cocktail. Remember, boring, boiled, and rubbery shrimp dipped into a puddle of jarred tangy red sauce. Ring a bell??

James Beard once said, “There is no first course as popular as a cocktail of shrimp with a large serving of cocktail sauce.”

You know, the James Beard whom the most prestigious culinary awards in the country are named after? For those of you that don’t, he’s a pretty big deal and did not make this statement in support of the ever so popular appetizer. Shrimp cocktail was having its hay day back when he made this comment and although he was not taken aback by the dish, others swooned over the stuff. Almost every elegant restaurant had them listed on their menu and just about every classy party served them to their guests. Nowadays you still see it at the occasional party, steakhouse, or seafood joint; and if done right can be pretty tasty, or at least I think so. Like a lot of other retro dishes this one is coming back in new and unique ways.

I love low maintenance party foods and shrimp cocktail is no exception.  It’s a triple whammy, quick, easy, and can be made ahead of time; the three things are extremely important to me when throwing a get together. This is my updated version of the classic. Instead of boiling shrimp (which to me has no flavor), I roast them with a little bit of olive oil, salt, and pepper.  I swap out boring cocktail sauce for an herbaceous Green Goddess dipping sauce. Put these guys out at a party and trust me; they will be the first thing to go. 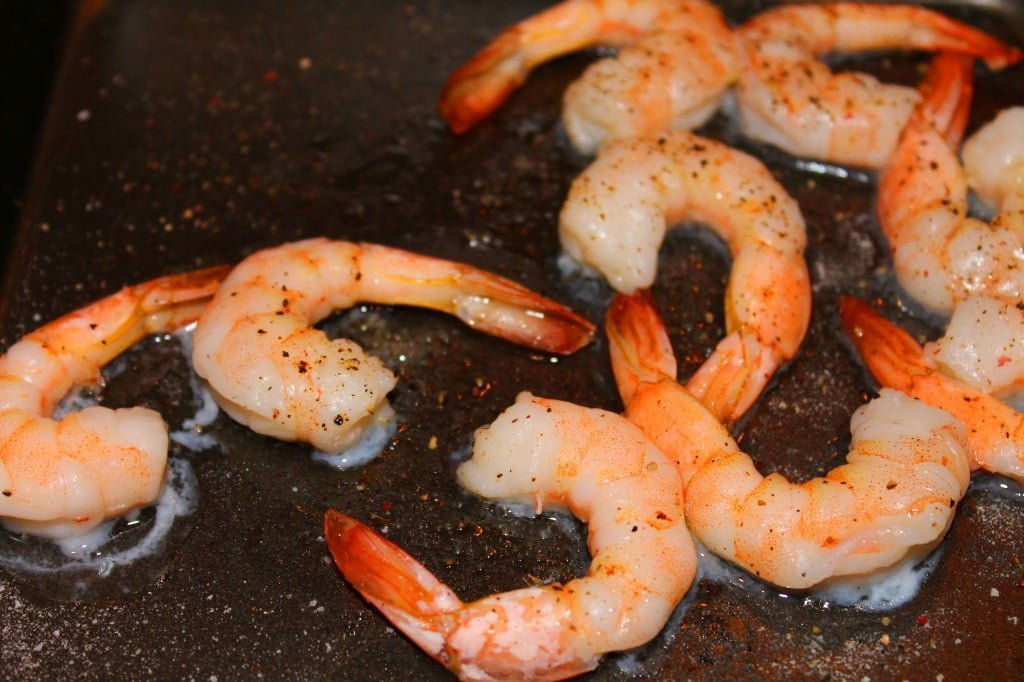 Boiled shrimp really don’t do it for me, so I like to simply roast them with a little bit of olive oil, salt and pepper. In all of the ways I’ve cooked shrimp before this is by far the favorite, you wouldn’t think that something as simple as roasting could pack in so much flavor, but trust me it does. Coat peeled and deveined shrimp with a little bit of olive oil  Roast in a 350 degree oven for approximately 8 minutes or until cooked through.  Perfectly cooked shrimp will look like little letter C’s. 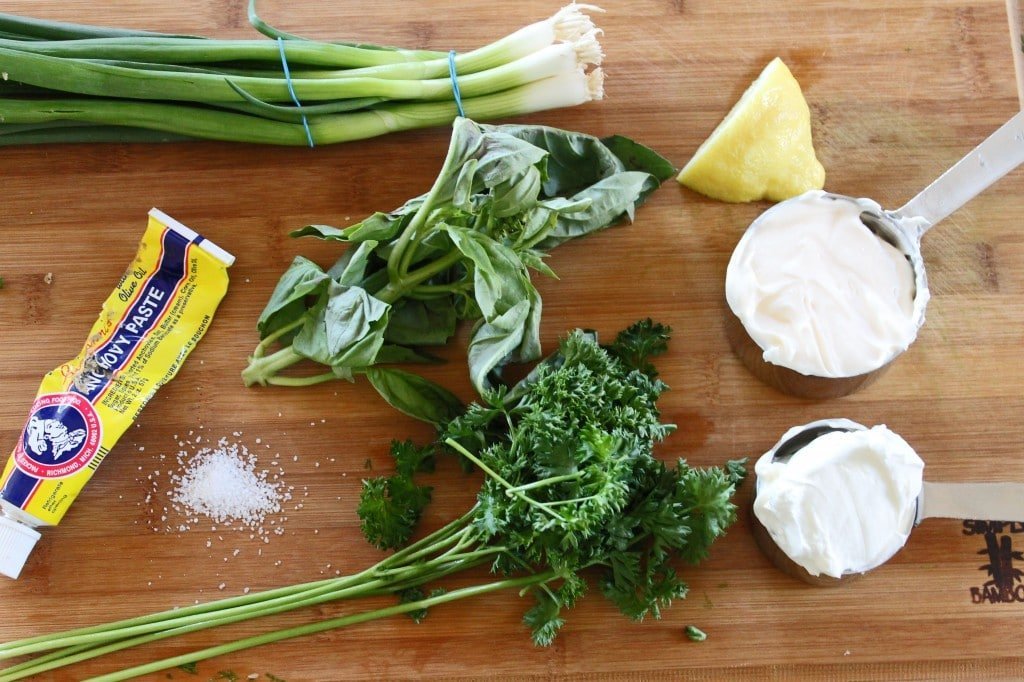 The classic green goddess dressing has a mixture of herbs with the dominant herb usually being tarragon, me, not so much a fan of tarragon.  To me tarragon has a slightly anise flavor which I’m not a huge fan of but feel free to swap out whatever herbs are your favorite. As long as they’re green they will do. I also like to use light mayo and sour cream because, honestly, I can’t taste the difference and why add extra fat if you don’t need to? You’ll need parsley, basil, green onion, light mayo, light sour cream, lemon, anchovy paste, garlic (not pictured), Worcestershire sauce (not pictured), and pepper (not pictured). I added ingredients as I went along, sorry for the absentee ones. 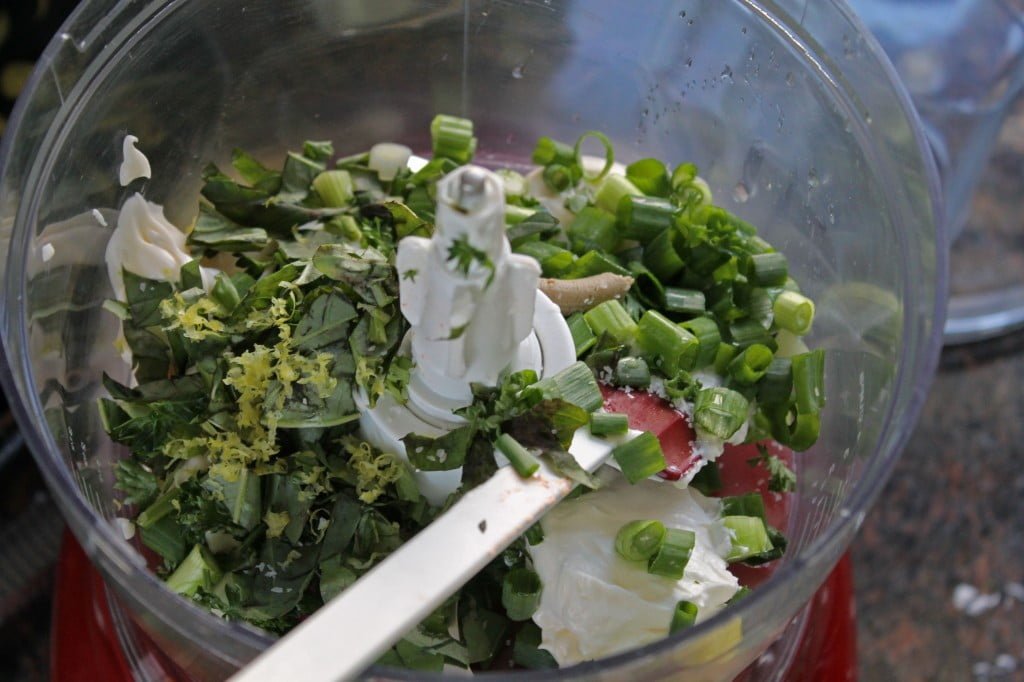 Throw all ingredients in the food processor. Mix until completely combined. 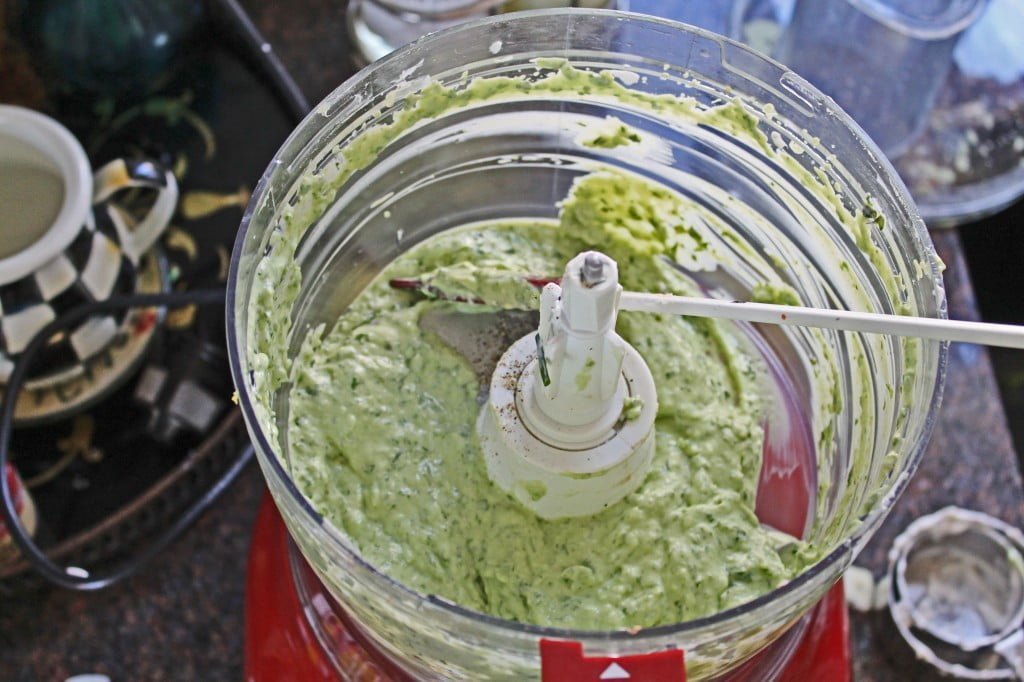 Juice of ½ a lemon

Sauce: Mix all ingredients in food processor until well combined. The sauce will serve more than one pound of shrimp so if you have large crowd double the amount of shrimp.  Try to have about 4 or 5 shrimps per person.

Shrimp: Preheat oven to 350 degrees. Coat shrimp in olive oil. Sprinkle with salt and pepper. Roast until cooked through, about 8 minutes depending on size. Shrimp are cooked through when pink and curled into a letter C. DO NOT OVERCOOK!!! 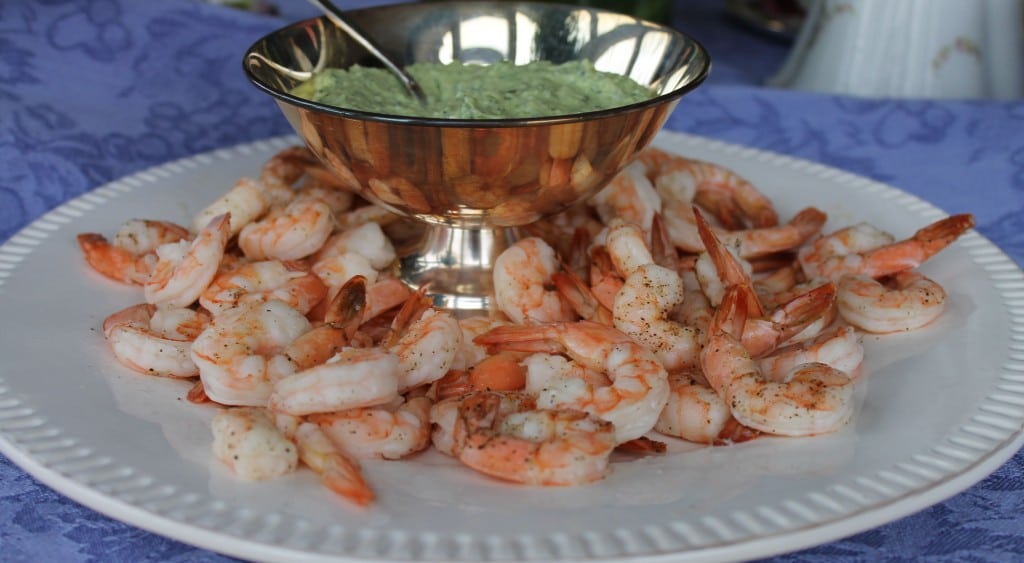