Irresistibly crispy on the outside and filled with shredded honey lime chicken and plenty of melted monterey jack cheese on the inside, our Air Fryer Taquitos are the perfect Game Day snack. Serve shredded cheese, an easy guac and plenty of lime sour cream to finish them off. 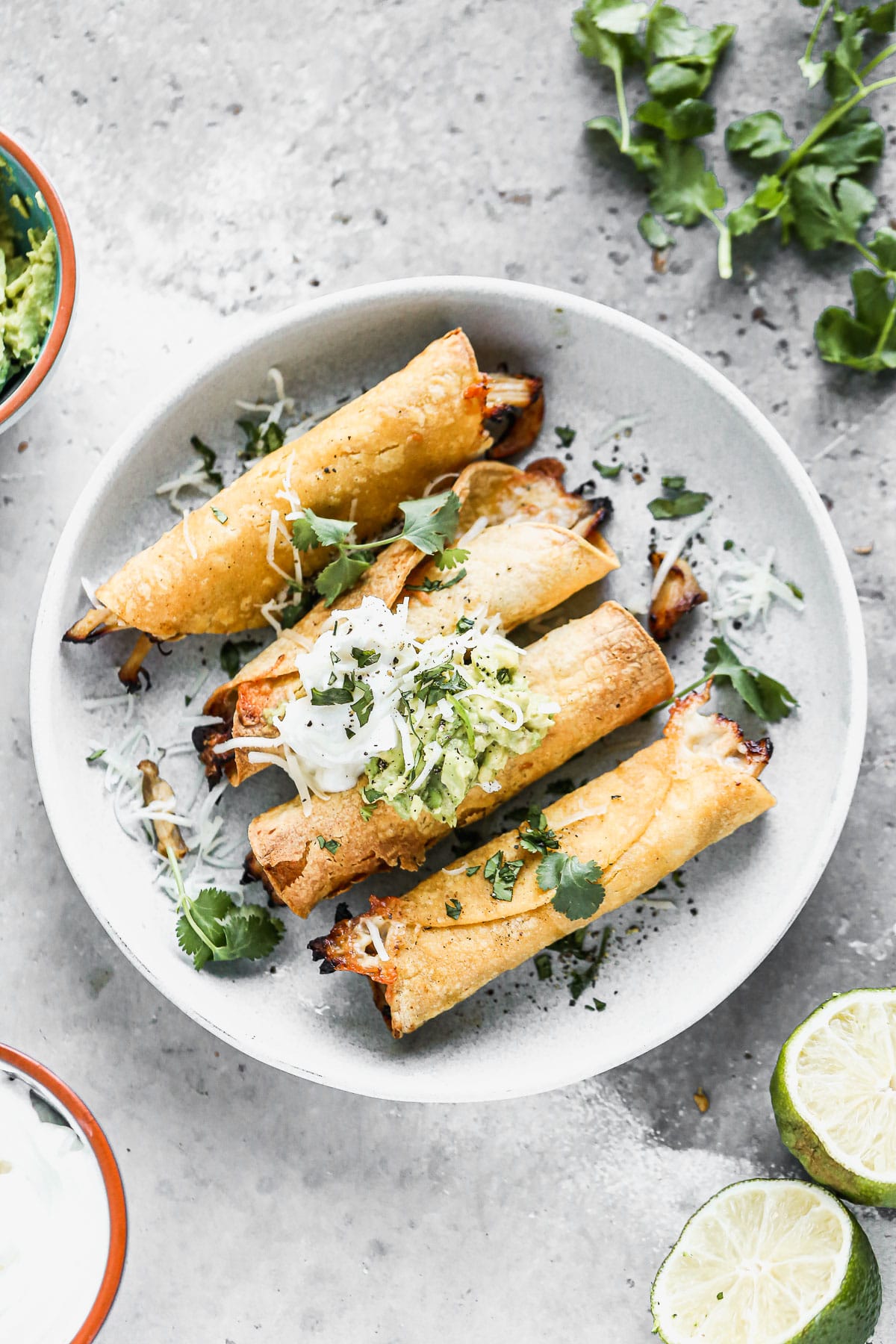 Aside from classic chips and salsa, when it comes to tex-mex snacks, taquitos reign supreme.

Okay nachos and quesadillas are pretty great too. But right now, we are all about the air fryer taquito! With their crispy exterior, soft inside and dunkable nature, these guys fit right in with all of our game day favorite. (Right up there with Cheeseburger Sliders and Buffalo Chicken Dip.)

For our version of the air fryer taquito, we pack tender citrus and honey-laced shredded chicken inside soft corn tortillas. And cheese. Lots of cheese.

We roll ’em up, throw them in the air fryer and let it work its magic. And it’s magic. They are perfectly crunchy on the outside and edges, and even slightly chewy in some of the overlapping parts of the tortilla. Another little treat? The bits of chicken and cheese that peek out of the ends of each taquito become irresistibly crispy as they cook.

We like to serve them with a simple guac (just avocado, lime juice, garlic, and cilantro),  a quick garlicky lime sour cream, and classic salsa.

But why the air fryer and not the oven?

I’m a novice to the air fryer and I will admit, I wasn’t sold on it for a very long time. It’s HUGE first of all. I mean, where do you people store this thing? And can’t you get the same results in the oven?

However, after I saw it do its thing at a friend’s house a while back I was sold. Want crispy fries in minutes? Done! Forgot to plan dinner and feeding your kids frozen corn dogs from the freezer instead? Five minutes in the air fryer and it’s like you’re at the state fair.

Not only do you not have to pre-heat the air fryer, but it cooks your food in a fraction of the time it would take in the oven. Our air fryer taquitos take a mere 6-10 minutes to cook.

Chicken. While we could simply buy a rotisserie chicken (if you want to do that, read below), we use bone-in skin-on chicken thighs for a few reasons.

Lime juice + Chicken stock +Honey. The combination of lime and honey is such a classic combination and while subtle in the end product, it really helps to liven up the chicken filling. We add a little bit of chicken stock to loosen up the sauce and make sure it can evenly coat the chicken.

Cilantro. Just as we do with the garlic, we add a heavy hand of cilantro as well.

Cheese. Our favorite cheese to use for our air fryer taquitos is monterey jack cheese. It’s more flavorful than mozzarella and melts like a dream. I know taquitos don’t traditionally have cheese in them, but I say, go for it.

Corn tortillas. Try to get a brand you know won’t fall apart the second you roll the air fryer taquitos. A good way to judge them is to look in the package and see if any of the tortillas are already falling apart. If they are, move on to something else. 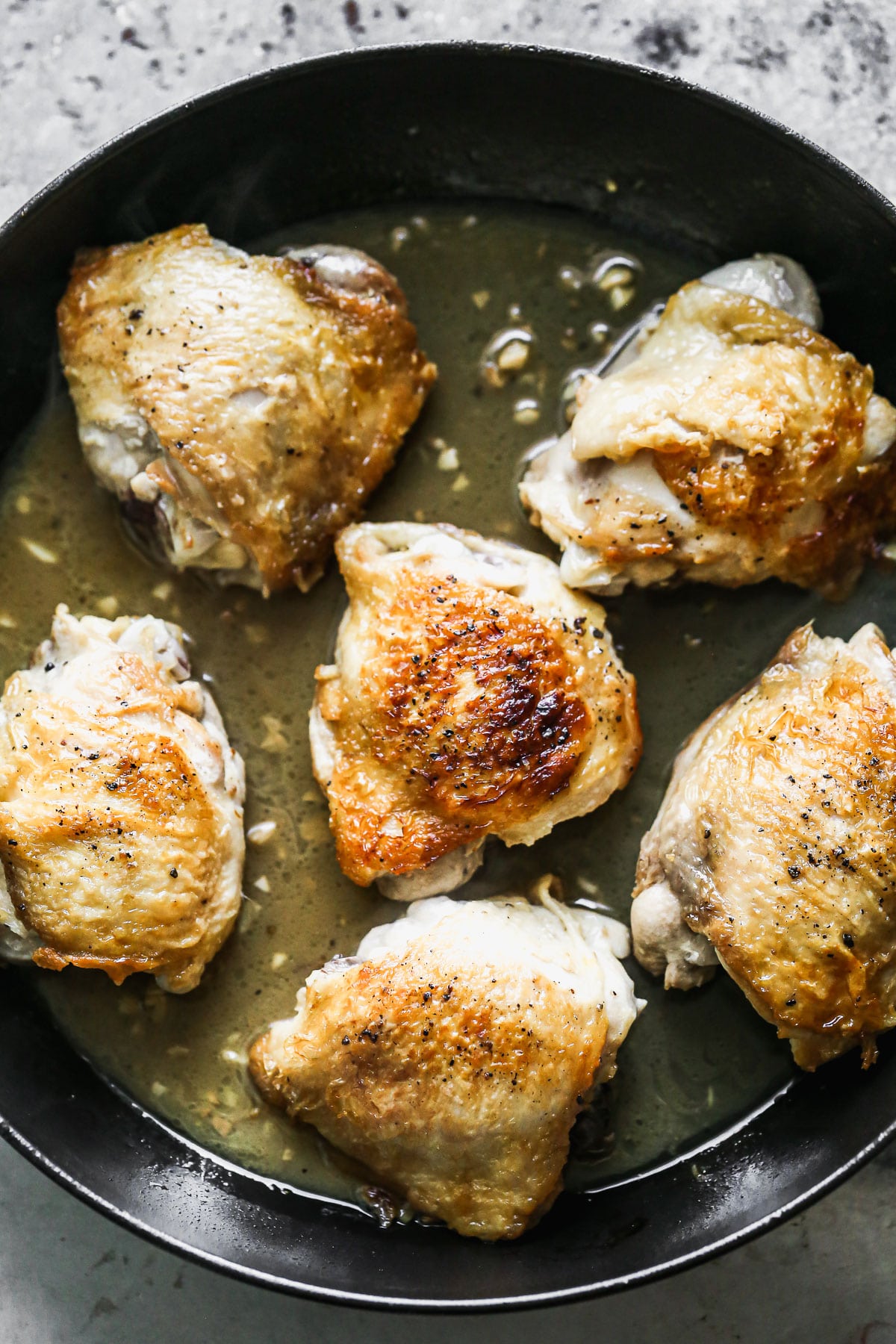 Skip making the chicken from scratch

I get it, you don’t have a ton of time. If you want a shortcut, here’s what you can do: 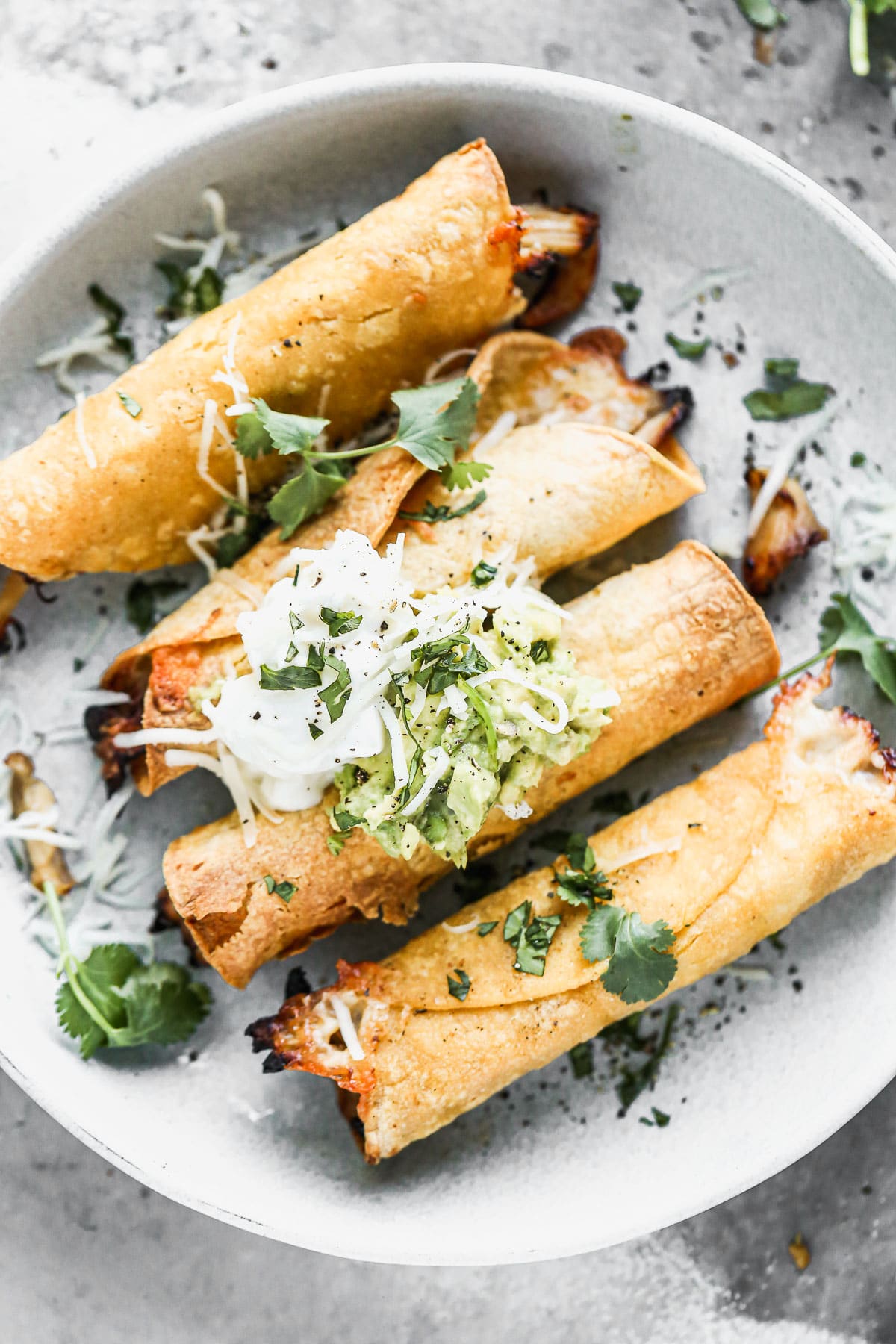