Thank you so much Made In and Collectively for sponsoring the post for this Mushroom & Brussels Sprout Gnocchi with Brown Butter Sauce. All thoughts and opinions are my own! 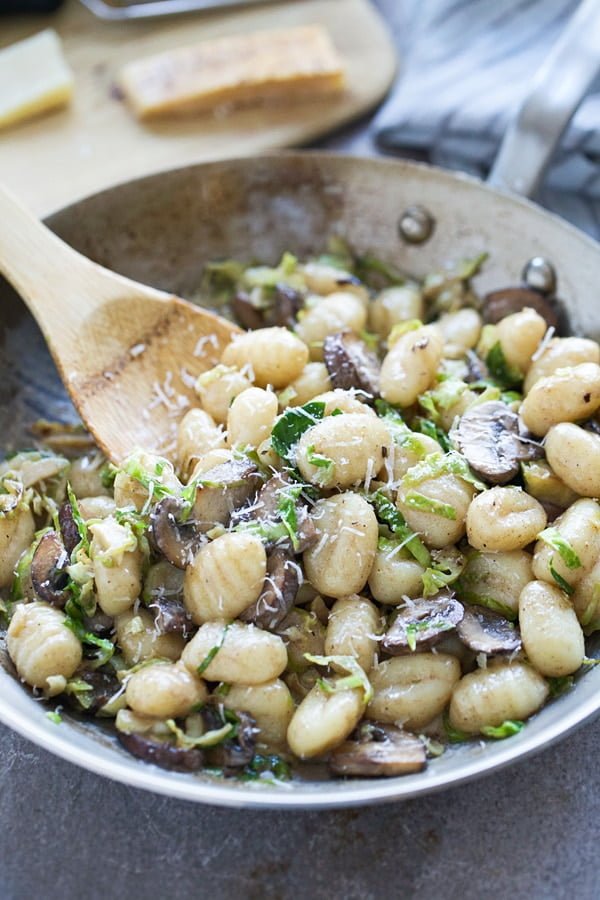 So on a scale of one to ten, how much did you eat yesterday??? I had planned on only going up to a seven, but because I can show virtually no self control, I ended up at a 10, and maybe even more.

Is it bad I’m currently thinking about leftovers?? Help me.

Now normally, I’d take the day after Thanksgiving off, but since today is arguably the biggest shopping day of the year and I love a good deal, I thought I’d pop in a little early than I’d planned to talk about this Mushroom & Brussels Sprout Gnocchi and my newest cookware, Made In which you can get up to 35% off right now! 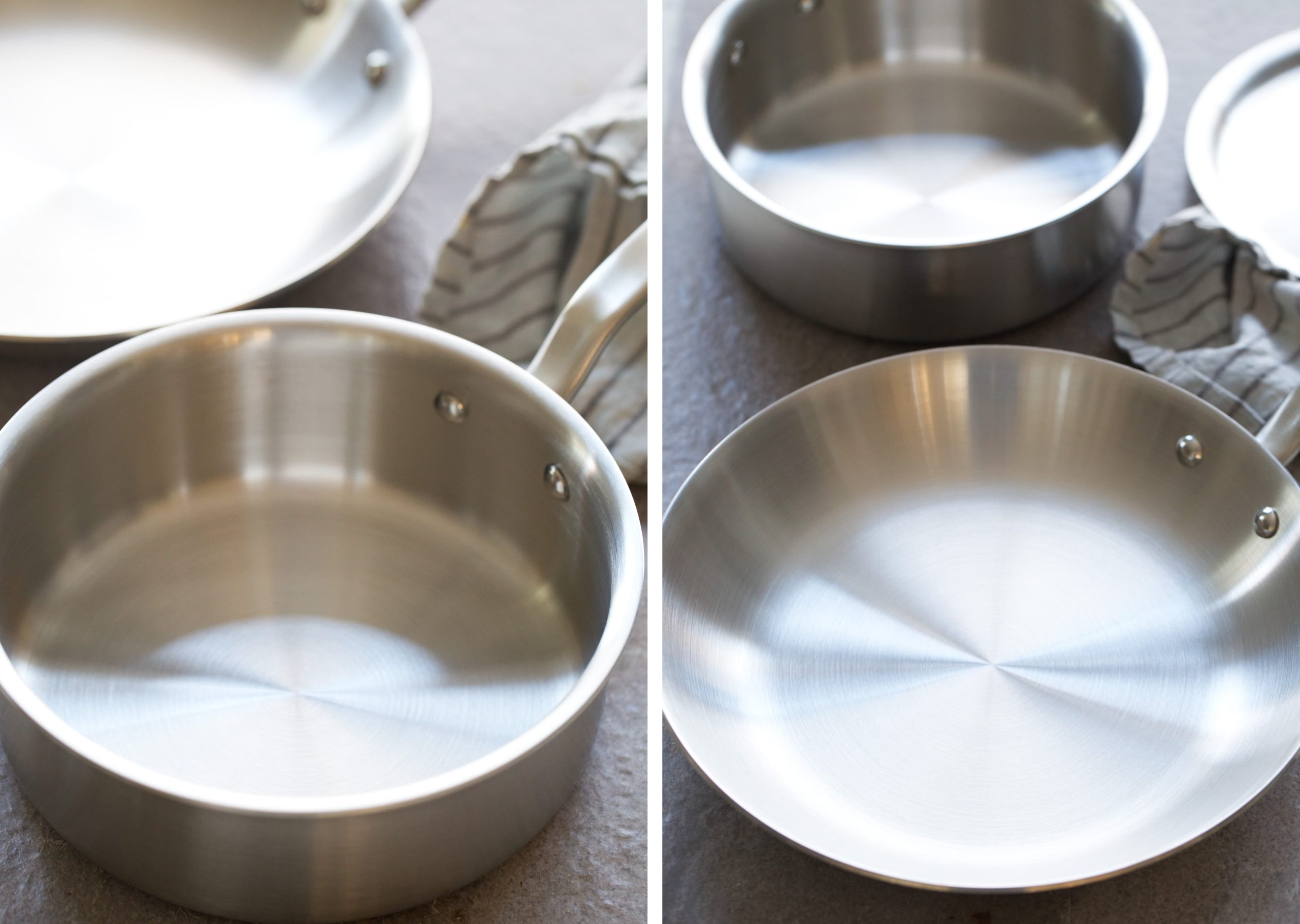 If you aren’t familiar, Made In is a new line of premium cookware that’s actually affordable. Their mission is offer everyone the opportunity to cook with high-level, high-performing cookware at an attainable price.

Ok, so I wondered how on earth something of such high-quality could be so inexpensive and it’s actually because they’re a direct to consumer company, which means they skip the middle man completely and come straight to your doorstep allowing for a reduced cost to them and to us. 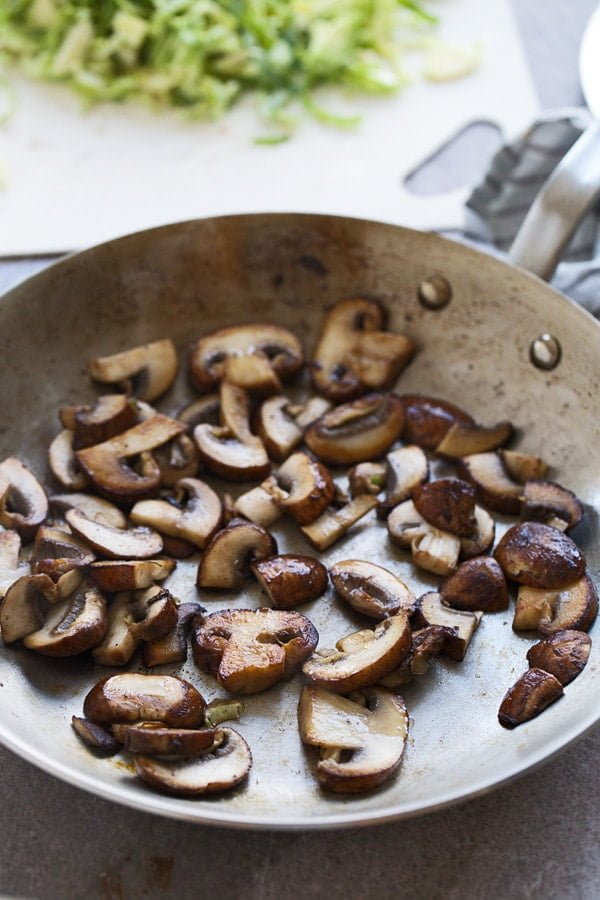 I was given the 10” fry pan and the 2 QT Sauce pan to try out, and I absolutely love them both. Not only are they aesthetically super sleek, but both pans are incredibly lightweight which I love. The fry pan heated up in seconds flat, and it browned the mushrooms for this gnocchi BEAUTIFULLY.

I mean, just take a look at those pretties.

Obviously there’s a reason the heat is retained so well, and it’s because all of the cookware is made with five layers of thick American stainless steel and aluminum, and uses a single piece of 5-ply bonded metal on the bottom of each piece that ensures even heat from bottom to top. No hot spots, no uneven cooking, just good solid, searing capabilities.

See that saucepan below?? It heated my water up in minutes, was super easy to clean, and I just kind of love it. 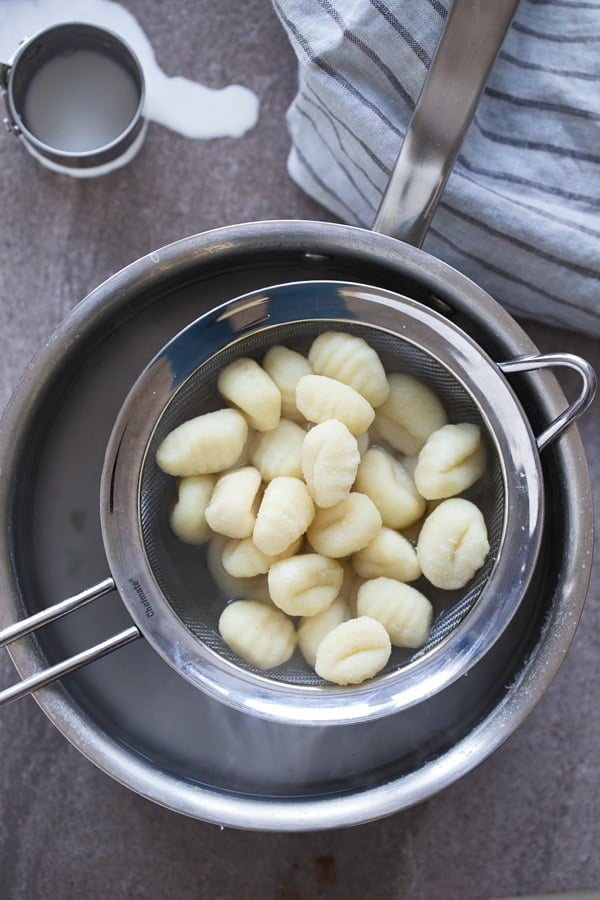 I used the fry pan in just about every step of this recipe, starting with the mushrooms. Because there are so little ingredients in this recipe, the brown butter is not only in the final sauce, but it’s also what I used to brown the mushrooms and cook the Brussels sprouts.

If you’ve ever cooked mushrooms before, then you know that even with a solid piece of cooking equipment, there’s still kind of an art to cooking them.

First, if you want your mushrooms to brown, never ever salt them before. Second, leave them alone! Once the mushrooms go into the pan, give them a couple minutes to brown and resist the temptation to constantly toss or stir them. Once one side is brown, flip over, brown the other side and THEN season with salt and pepper. Just like salt brings out the moisture in onions and garlic, it brings out the moisture in mushrooms, making it really difficult to brown when done prior. This method will completely change the way you cook mushrooms from now on, promise. 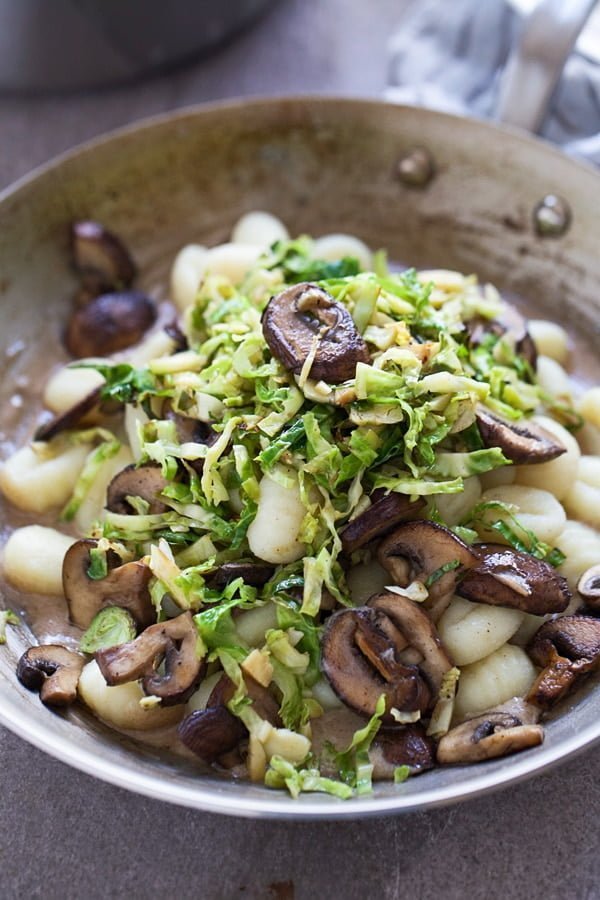 Once the mushrooms are brown, they’re set aside and the chopped brussles sprouts go in – again in a little bit of brown butter. Once they’re soft, they’re also removed from the pan and the rest of the butter is tossed in, browned and hit with a half cup or so of heavy cream.

The mixture is brought to a boil, then reduced to a simmer until it’s slightly thickened, and then the cooked gnocchi along with the mushrooms and Brussels sprouts are added into the mix.

Like any time I cook pasta, I always save a bunch of starchy cooking liquid to marry the sauce to the pasta, plus it adds even more creaminess to the sauce without having to add a ton of fat and calories with heavy cream.

Because gnocchi can go from perfectly cooked to gummy at lightening speed, I like to make sure to slightly undercook the gnocchi like I would with any other form of dried pasta, and then finish cooking it over a low heat with the sauce and veggies.

Once everything is combined, I like to add in a few tablespoons of grated parmesan cheese, but the sauce itself is so flavorful, it’s honestly not necessary. But for me, there’s always a place for cheese.

Again, I’m super excited to be partnering with Made In on this post, so hop on over there and score this awesome Black Friday deal! Just use the code blackfriday and checkout and reap the rewards.