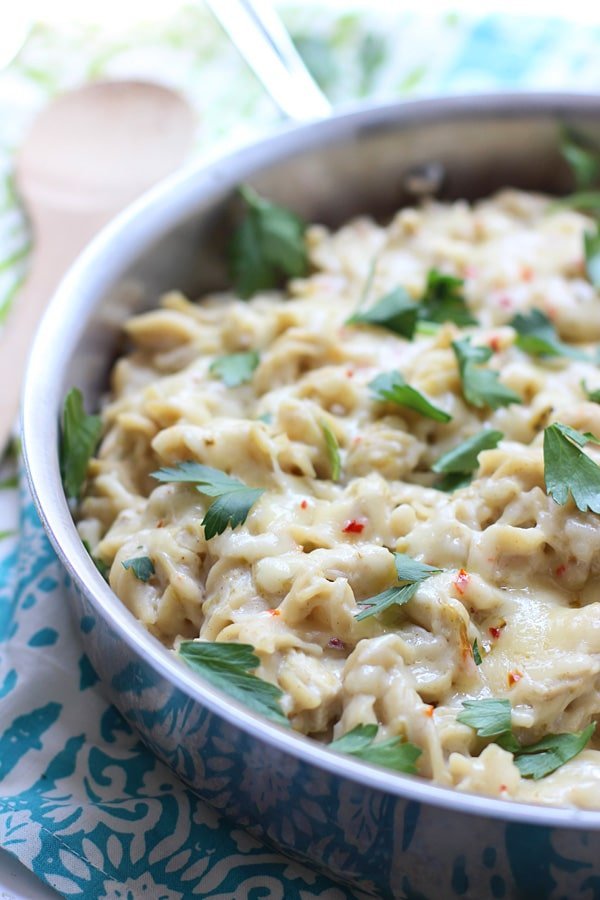 I try not to conform to trends too much, with food and life in general, but sometimes I get sucked in, it’s just human nature. And you know what? Sometimes a trend turns into a classic. Like that time, skinny jeans were a trend I refused to buy into, ummm yeah, I think those are here to stay. Thank goodness I buckled and bought a pair sophomore year of college, I can’t imagine not having at least ten pairs of skinnies hanging in my closet right now. Life-changing.

The whole one pan cooking concept has totally caught my eye over the last year. The idea of only using one pan to cook an entire dish is pretty appealing to a me, a girl that typically dirties up no less than half her inventory of baking dishes and pans, even when making something as simple as a BLT. On the weeknights after dinner is ready, and after we’ve scarfed down whatever meal I’ve prepared, Kevin often walks into the kitchen, looks around, sighs, laughs and follows it up with a, “Really, on a Tuesday night?” I just shrug, and ensure him it’s not nearly as bad as it looks, which is followed up by an immediate eye roll. Good thing he loves me. 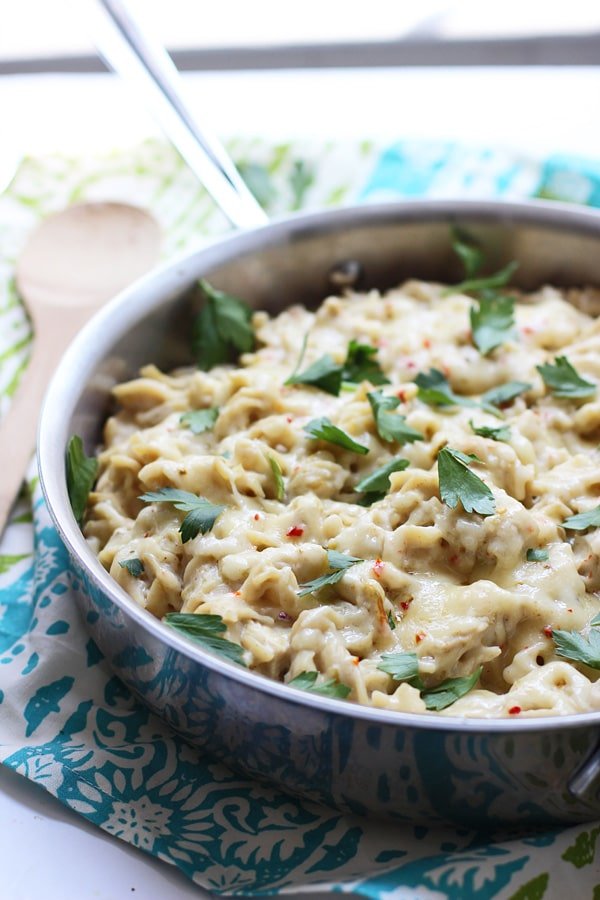 Between work, this blog, freelance work, vacations, birthdays and just life in general the summer days have become increasingly busier by the minute. I just don’t have the time or patience lately to crank out complex meals that take any longer than 30 or 40 minutes to prepare. To combat these issues I’ve been making meals like this, this and this. And now, I’m busting out the one-pot trend.

I was craving my sour cream enchiladas (pardon the old pictures), but had zero motivation to cook the chicken, make the sauce, roll the enchiladas and then bake them; a process that would take at least an hour. Instead, I took all the flavors and swapped out the tortillas for the pasta, cooked it all in one pot, and called it a day.

In this particular version, I sautéed up a bit of onion and garlic in some olive oil. Added in my favorite white chicken enchilada spices like ground cumin and ground coriander and then filled the pot with chicken broth and a couple raw pieces of chicken. I brought the mixture up to temperature and cooked the chicken for a bit, and then added the pasta in. Once everything is cooked (pasta should be aldente), I added in a generous amount of sour cream and topped the whole dish off with some chopped cilantro. 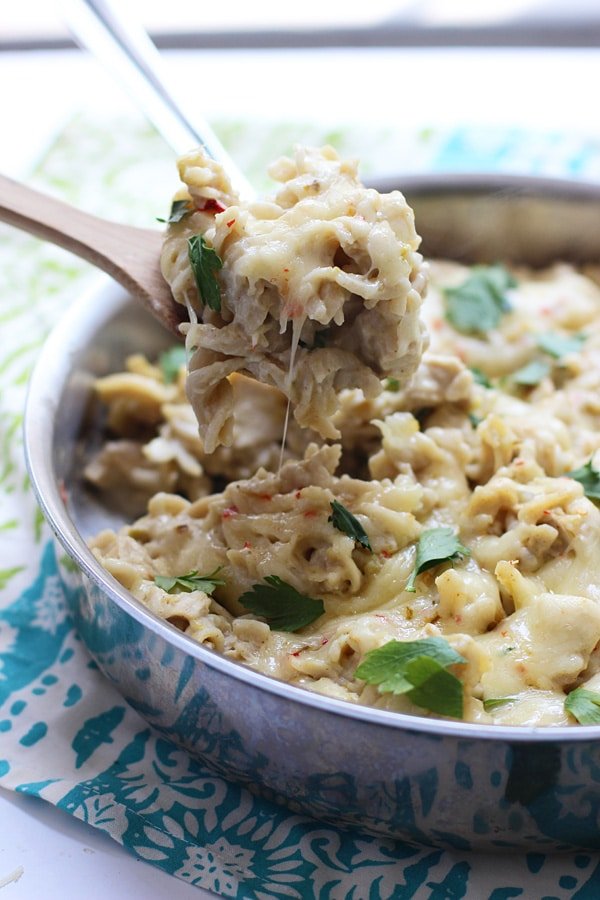 I guess trends aren’t all that bad, are they??

All the flavors of sour cream chicken enchiladas cooked in one pot and in under 30 minutes!