I never ever get sick… 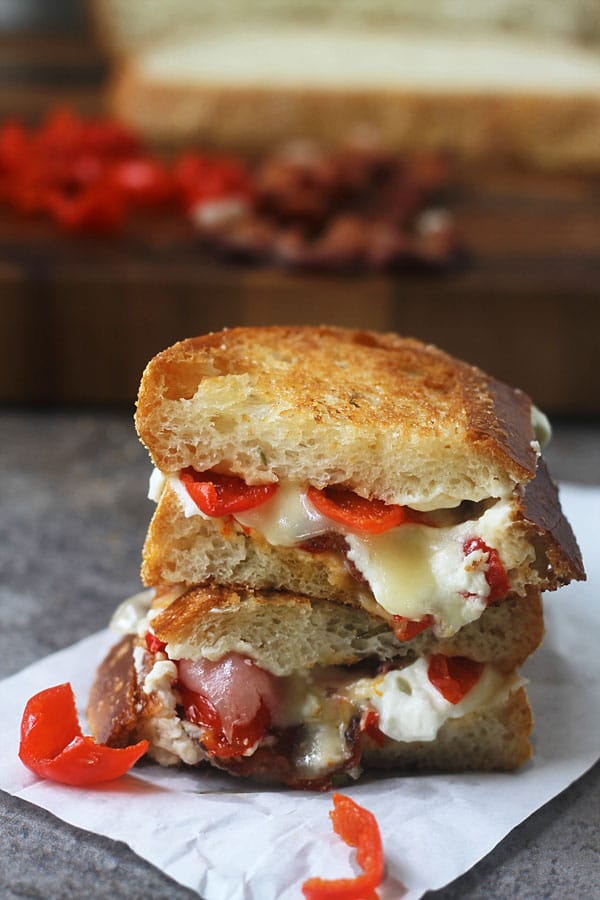 Except that’s a lie, because I’m sick now – sick for the second time in the last six months. Ugh. So I guess I should rephrase and say that I never ever used to get sick, but now apparently I’m a cough-cold-feel-like-crap-all-the-time sick person. Wahhh. Please sympathize with me while I’ll drown in my bottomless pit of self-pity.

Normally when a person is sick they lose their appetite, correct? Not this gal. I still get the same hunger pains in my stomach in the morning until I feed my rumbling tummy, then about two hours later I start to feel it again, eat and repeat. Totally not fair, I want to be one of those people that is sick for days, never eats because the thought of food just makes them want curl up and die, and arrives out on the other side five pounds lighter and feeling fantastic. Why can’t that be me? Instead, I end up five pounds heavier because I feel too sick to work out, but not too sick to stuff my face with things like this grilled cheese sandwich or the pumpkin coconut cream pie I’m going to be sharing later this week. Again with the self pity. Wah wah wahhh. 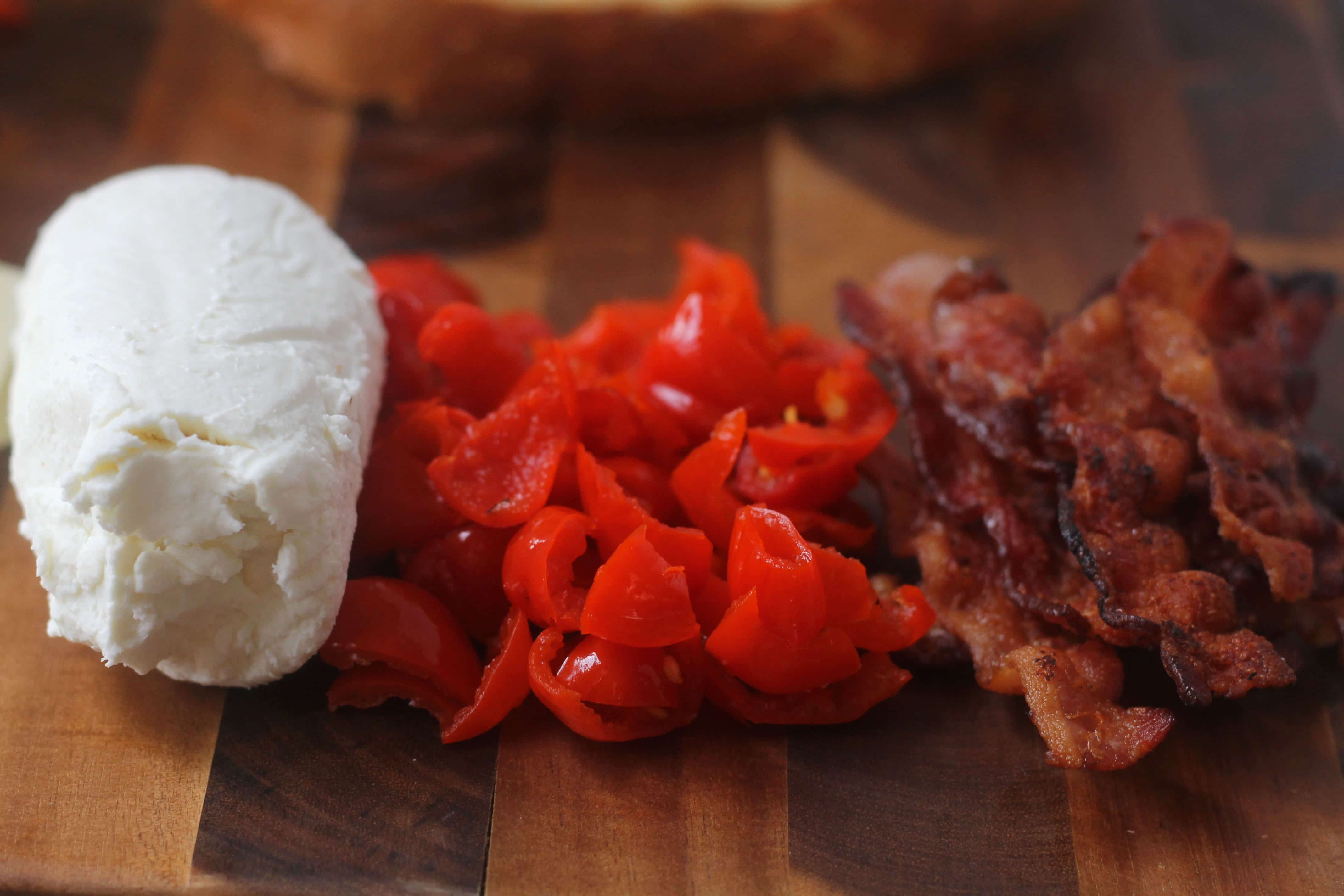 Regardless if you are sick as a dog or healthy as a horse, these grilled cheese sandwiches will be your best friend – that is of course, unless you’re one of those aforementioned sick people I hate, currently repulsed by food and losing more weight each second you read this. 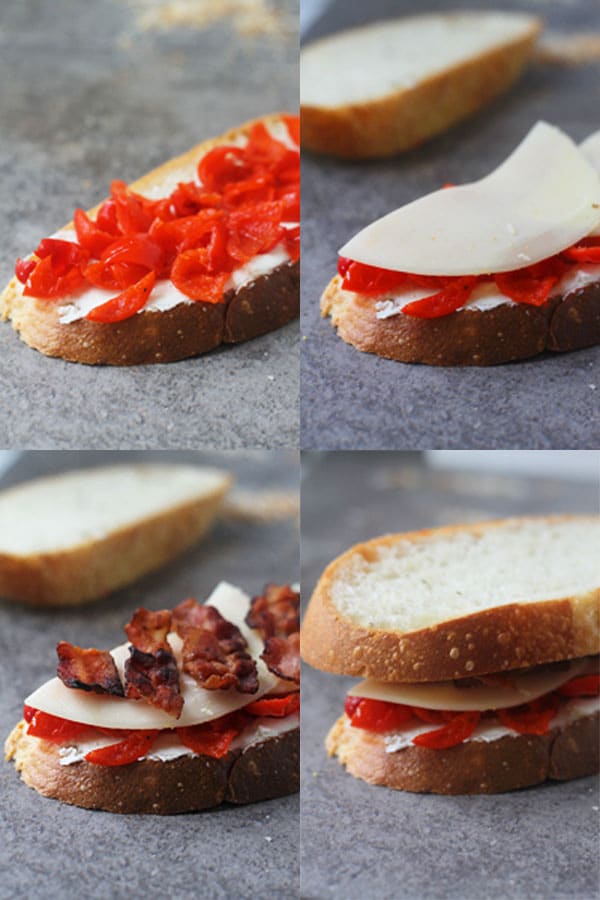 The idea for this grilled cheese was inspired by one of the passed hors d’oeuvres we had at the cocktail hour of our wedding reception – little peppadew peppers stuffed with an herbed goat cheese. So simple, yet so so delicious. They’re one of those things you just pop in your mouth and before you know it, you’ve eaten like twenty. I fell in love with them so much, that when Kevin and I have thirsty Thursdays on our screened-in porch I put together an antipasto platter with various meats, cheese and olives and also hunt down the little peppadew peppers and stuff them with a little bit of softened goat cheese. I’m pretty sure I could live off those things for the rest of my life and be a happy girl.

The last time we had them, between the incessant popping and red wine drinking, I had an epiphany and realized that the combination would be killer on a grilled cheese. Just the chopped peppers and goat cheese would be amazing between two slices of buttered bread, right? But seeing as I can’t just have two lonely ingredients on a grilled cheese sandwich and it only makes sense to build a grilled cheese as cheesy and decadent as you can, because, well it’s a grilled cheese; the addition of more cheese and bacon was a no brainer. And man, what a combination it is. 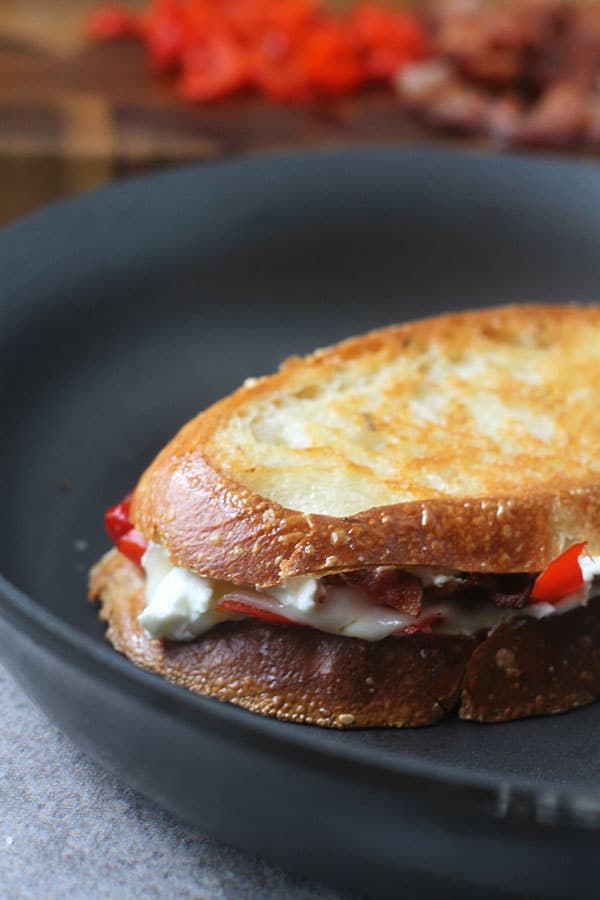 A messy combination, but a winner nonetheless. It kind of reminds me of a variation on a jalapeno popper, but a little more gourmet. There’s a sweet and spicy flavor from the peppers, tangy creaminess from the goat cheese, ooey gooey elasticity from the provolone and a crisp salty bite from the bacon. For the bread, I used an olive oil and rosemary loaf from our local bread source Farm to Market Bread Company, but any good quality ciabatta or even sourdough would be lovely 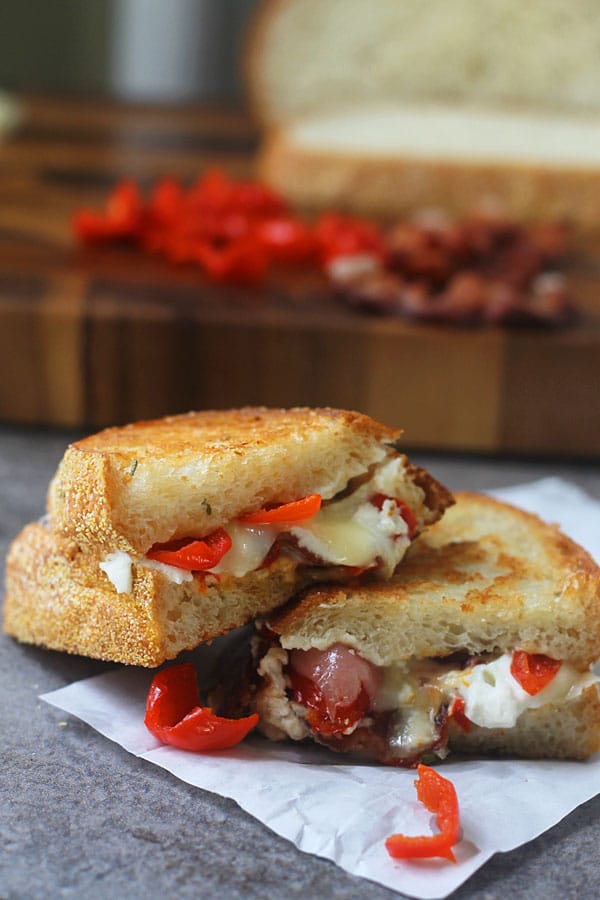 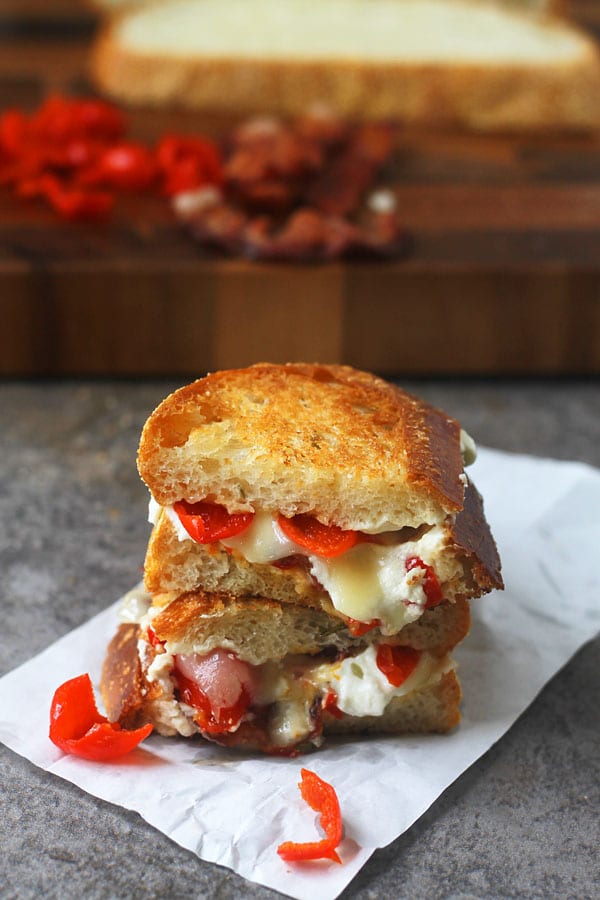 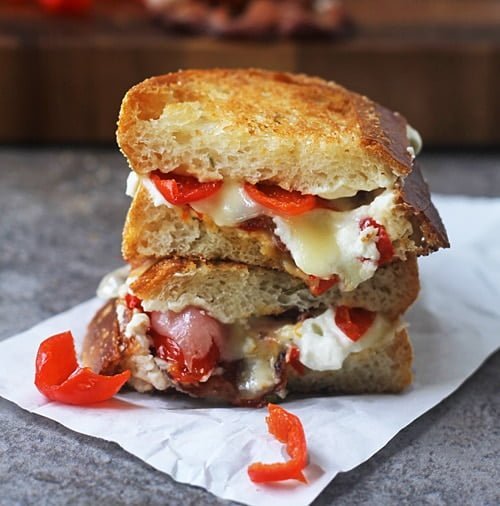