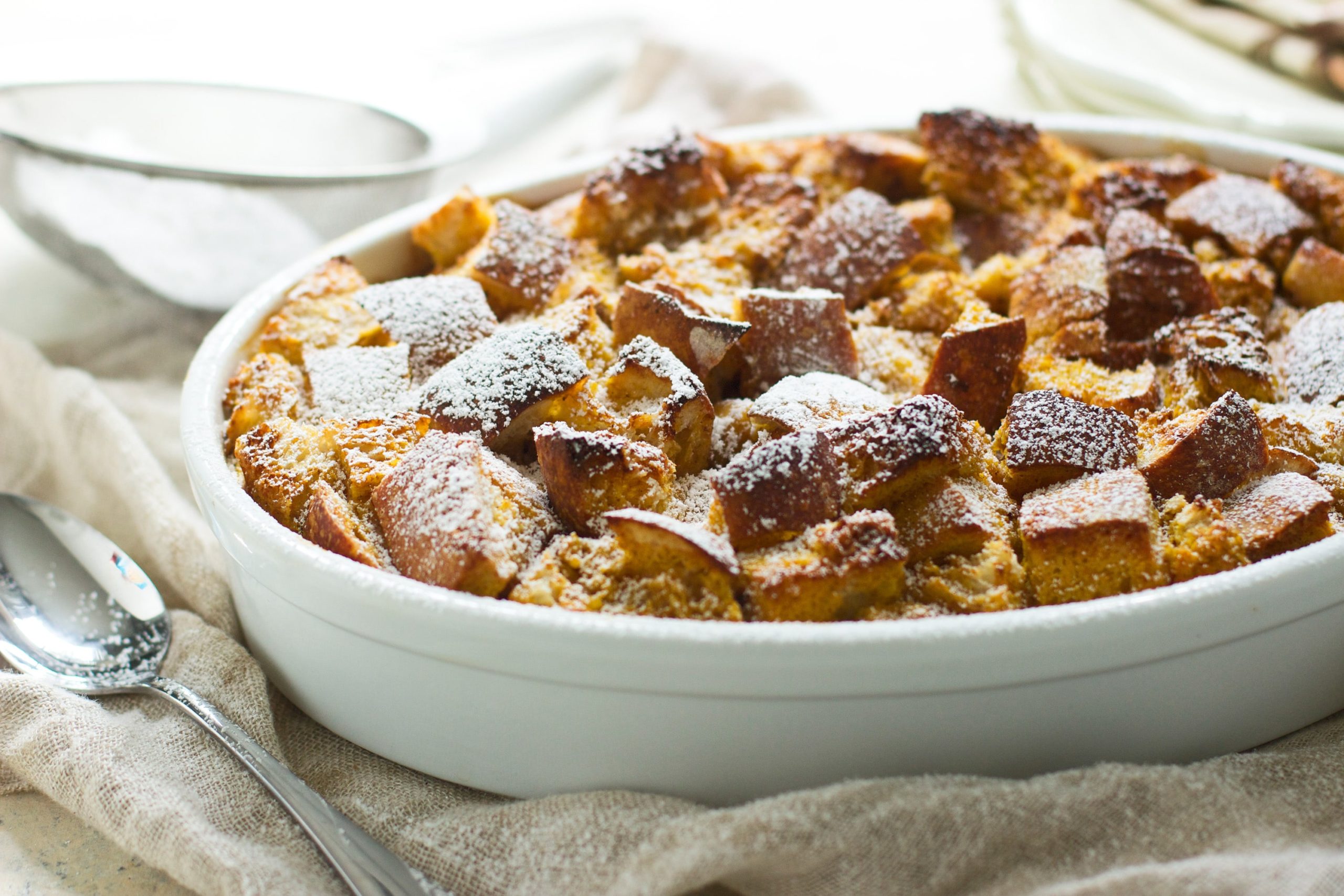 Bread pudding has to be one of the most satisfying desserts on the planet, not only because it’s so sweet and indulgent, but also because it’s one of those desserts (or breakfasts!) that require little to no preparation — a factor that’s welcomed with open arms when you’re preparing an entire Thanksgiving meal from start to finish.

Of course, you have to have your obligatory pies and tarts at Thanksgiving, because without them, you’re bound to upset someone by shying away from tradition. But I also love to have one “wild card” dessert among the classic pumpkin and pecan pies we all love so much that’s juuust a little bit different.

This eggnog pumpkin bread pudding is one that still represents the holiday perfectly, but is a bit untraditional and unexpected. It still hits all the festive dessert notes with plenty of pumpkin flavor, fall spices and some seriously indulgent qualities from sweet eggnog, but it isn’t necessarily something Grandma might expect. 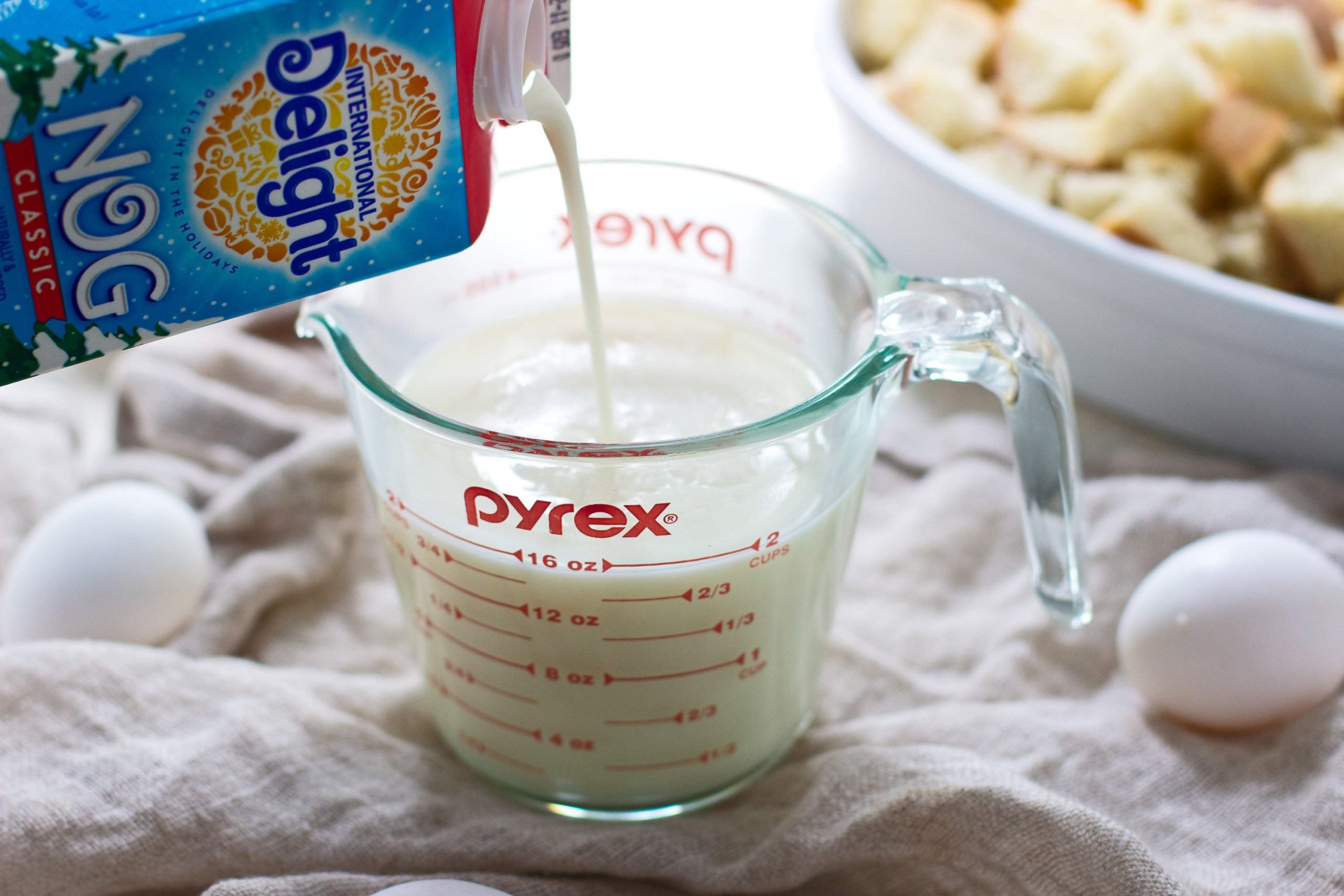 As the name implies, the base of bread pudding begins with bread, and even though you’re free to use pretty much any type of bread of your choice, I happen to love a good-quality crusty ciabatta loaf. It just soaks up the custard a little better than a softer variety, and the oven crisps up those crusty edges even more while it bakes, resulting in a lovely texture contrast of a soft, gooey inside and a super crisp exterior that I just adore.

Normally, I’d use whole milk and eggs for the base of the custard portion in a classic bread pudding, but here, I upped up the richness and used a combination of sweet eggnog and whole milk instead for something a little more indulgent and holiday-worthy. Whisk in pumpkin puree for another element of festiveness, along with plenty of ground cinnamon, a little nutmeg and a couple of tablespoons of brown sugar for added sweetness. 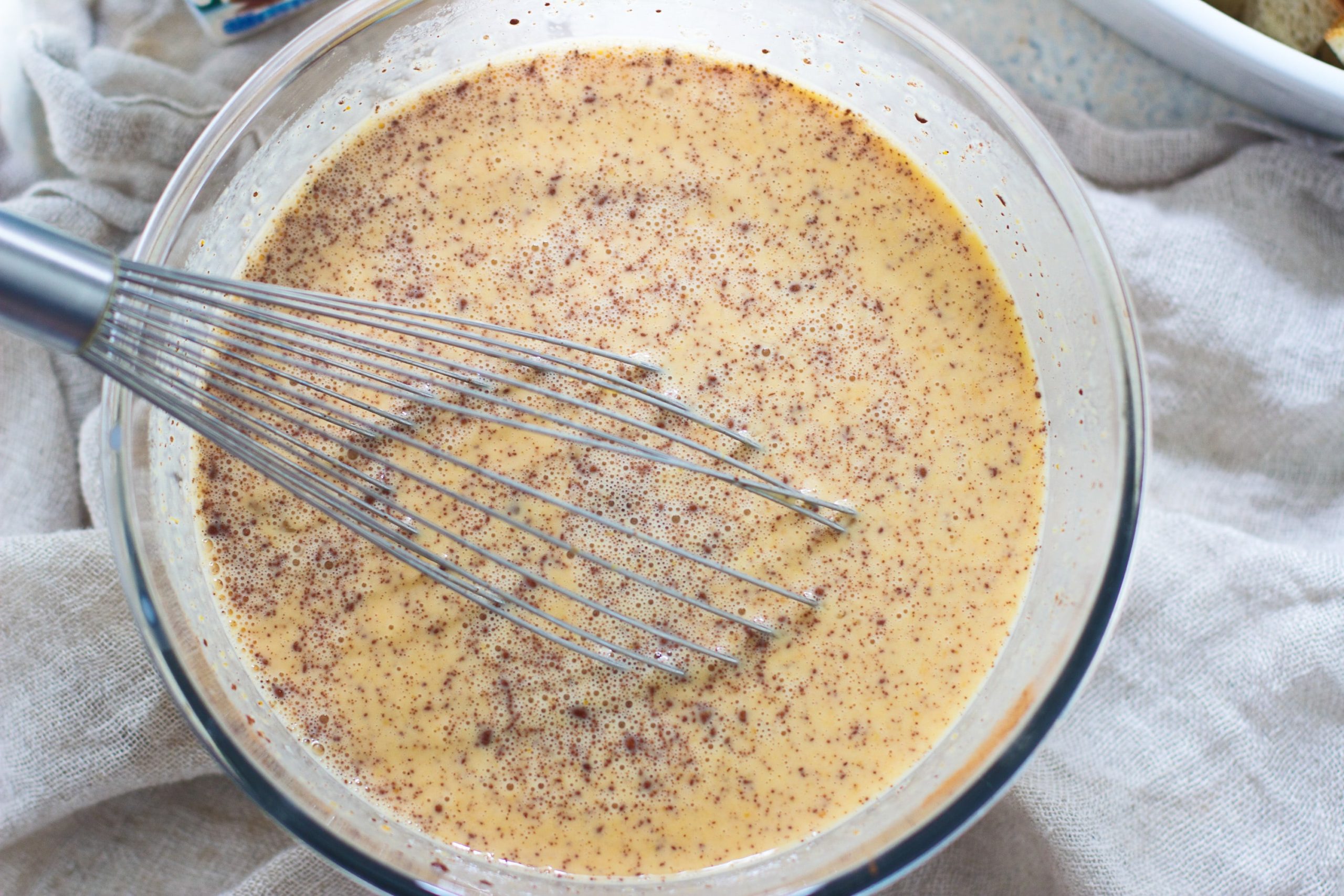 Pour the custard over the bread, leave it to rest for a few minutes so the bread can soak up the liquid and then pop it in the oven until it’s beautifully browned and puffed. I like to garnish it with a little bit of powdered sugar and serve piping hot, but it’s also delicious after it’s cooled off a bit.

If you’re feeling extra indulgent, serve a warm piece of pudding with a giant scoop of cold vanilla ice cream… 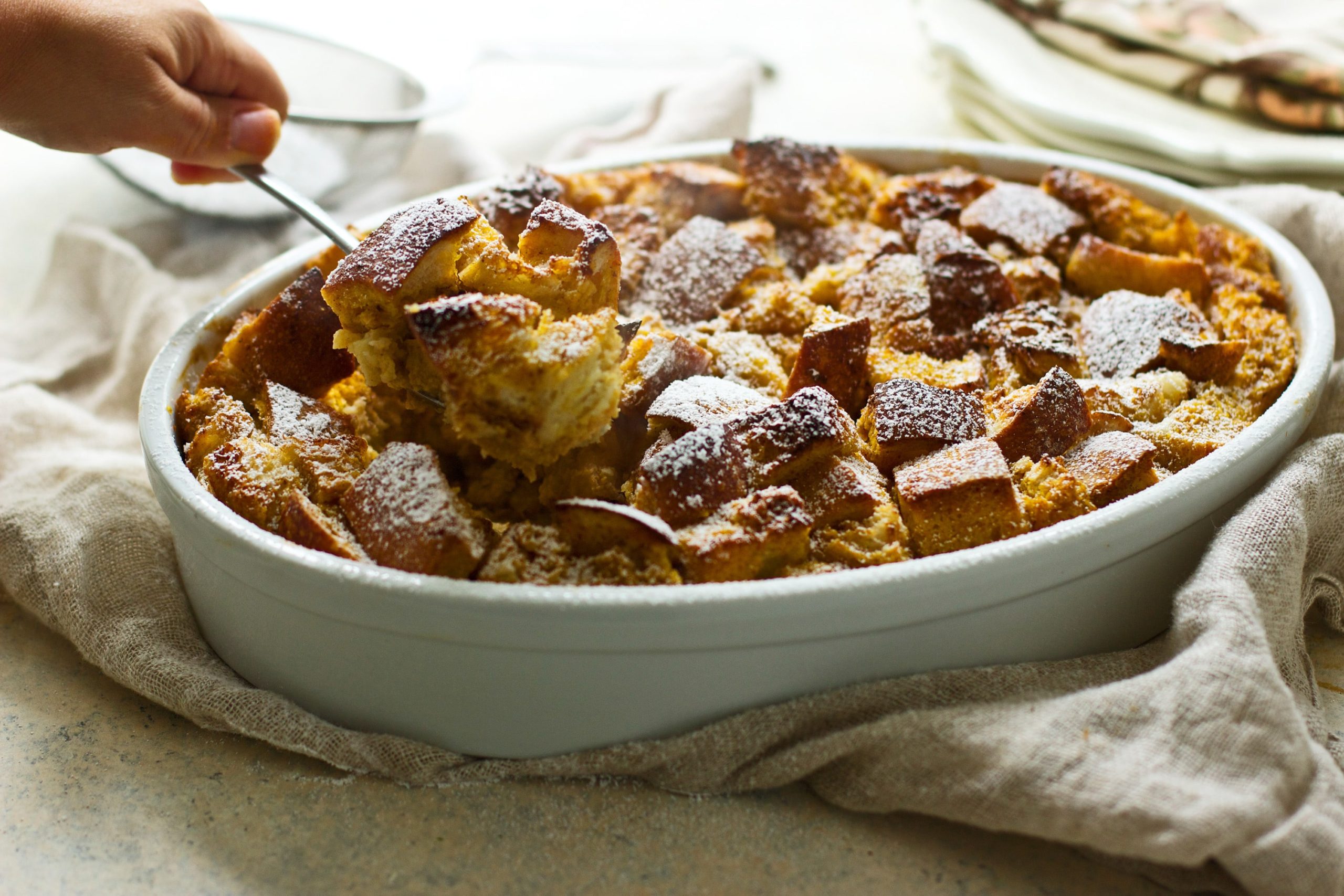 Thank you so much to Kroger for sponsoring this post!