My husband knows it’s summertime, not by the sweltering heat outside, the plethora of bright greenery littering our neighborhood, or by the inaugural pool day. Nope, he knows it’s officially summer when pies like this Strawberry Banana Pudding Pie start coming out of our kitchen more often than chocolate chip cookies. Which is a lot. 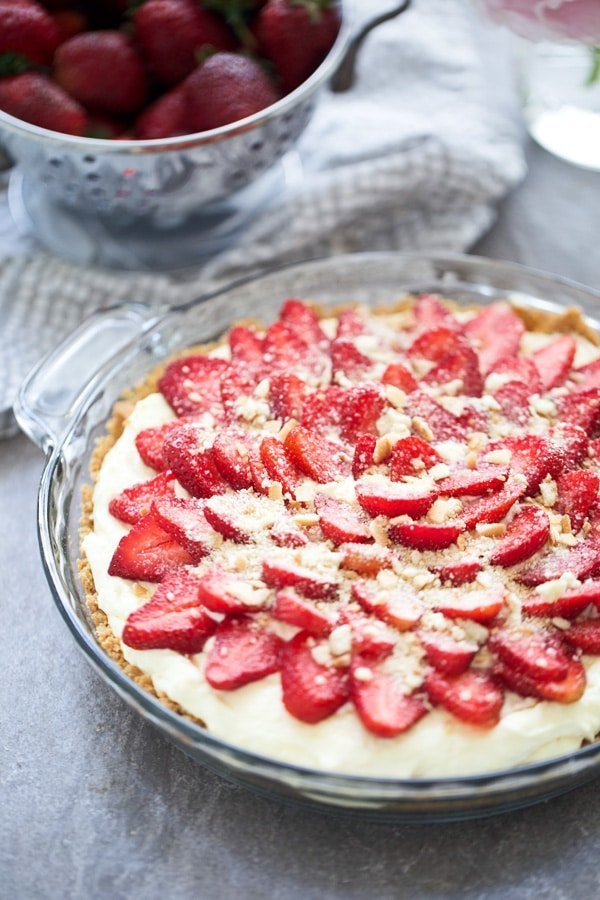 I’m not sure why, but I’ve never really been a wintertime pie baker. While I enjoy the obligatory piece of pecan pie or pumpkin pie on Thanksgiving or Christmas, I have no desire to make one to keep around the house. One slice and I’m set until next year.

Wait, I take that back, because I could eat these Chocolate Pecan Pie Bars every single day for the rest of eternity.

Generally speaking though, summer is when my pie production shines. I make it my mission to pump out as much pie as possible, which also might explain why I gain weight each summer contrary to the general public. Well, pie and copious amounts of Summer Shandy and Strawberry Frosé. 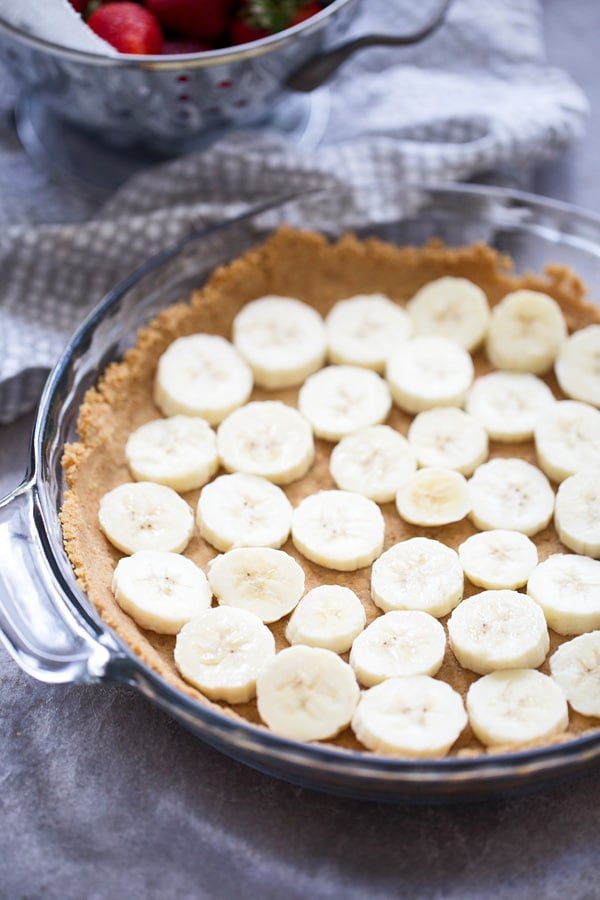 I always have a tough time deciding which pie should be my first of the season, but after picking an obscene amount of strawberries at a local farm, my decision was made for me. I’ll gladly take any opportunity to make one less decision.

I was originally going to try and replicate a simple strawberry pie we get every year at the grocery store, but I’ve been craving southern banana pudding something fierce as of late, so I decided to meld two together. And wow, I’m glad I did.

Strawberries and bananas are a classic combination when it comes to so many items – smoothies, yogurt, cakes, muffins, etc. – but you rarely see the two together in a pie. Why?? 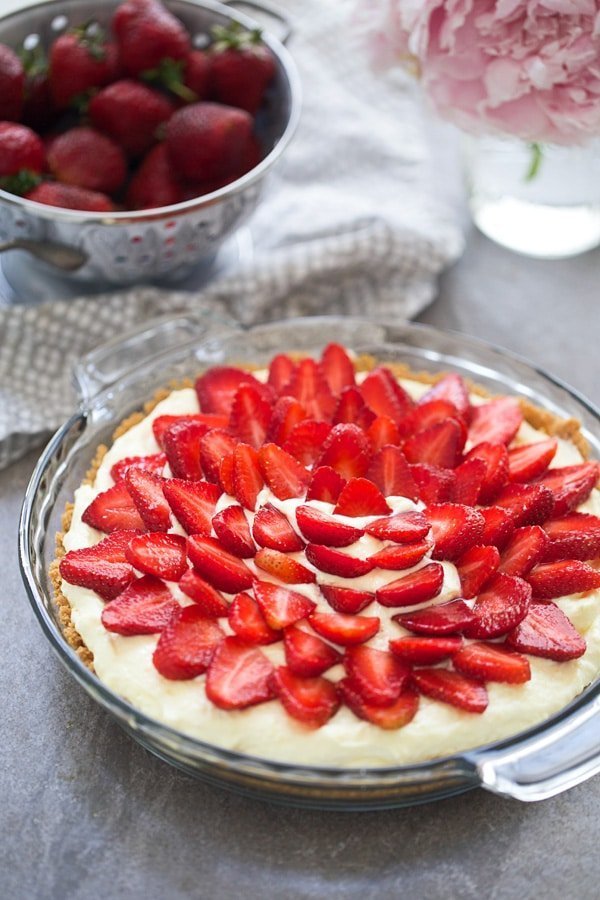 Here, bananas blanket the bottom of a vanilla wafer crust, which is then covered in a thick vanilla pudding, followed by a layer of sliced strawberries, and finally, a generous sprinkling of more crushed wafers.

It’s exactly what I dreamed my first pie of summer would taste like.

Here’s the thing. Normally I steer clear of any shortcut packaged goods when it comes to cooking and baking. BUT I shamelessly adore the vanilla pudding from a package, and shameFULLY adore Cool Whip in all it’s processed glory. Don’t hate me.

So those of you who’ve come to expect from-scratch pie recipes here, I hope I’m not disappointing you. I think it’s safe to say, that once you take a bite of this Strawberry Banana Pudding Pie, the fact that it’s semi-homemade will quickly disappear from your thoughts. And trust me, no one will even know. 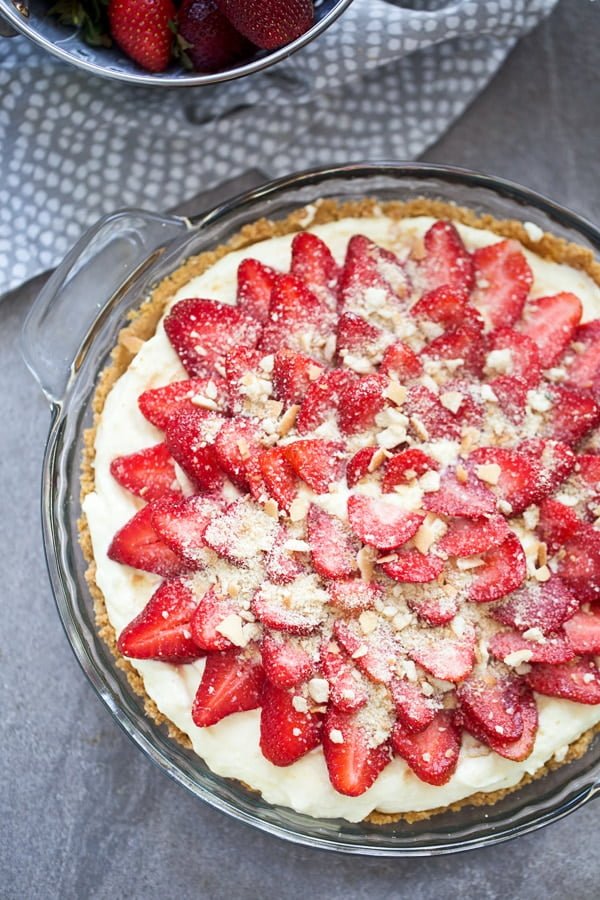 The pudding filling is more or less exactly how you prepare it according to the package instructions. The only changes I made were to add in eight ounces of cream cheese for sturdiness, reduce the amount of milk for the same reason, and add in a teaspoon or so of vanilla extract. Also, for a fluffy texture, a little bit of Cool Whip is folded into the mixture.

These little changes, while minute, make a big impact.

Of course, I don’t think it needs to be said, but you should use the juiciest, freshest berries you can find. The bananas should be ripe, but not overly so. And the final dusting of crushed wafers is mandatory. As is the homemade vanilla wafer crust.

Also, after a quick 30 minutes chill, it’s best served right away. Since we’re working with juicy berries that have a tendency to bleed juice, the pretty presentation won’t last if it’s made too far in advance. The taste, however will remain the same. 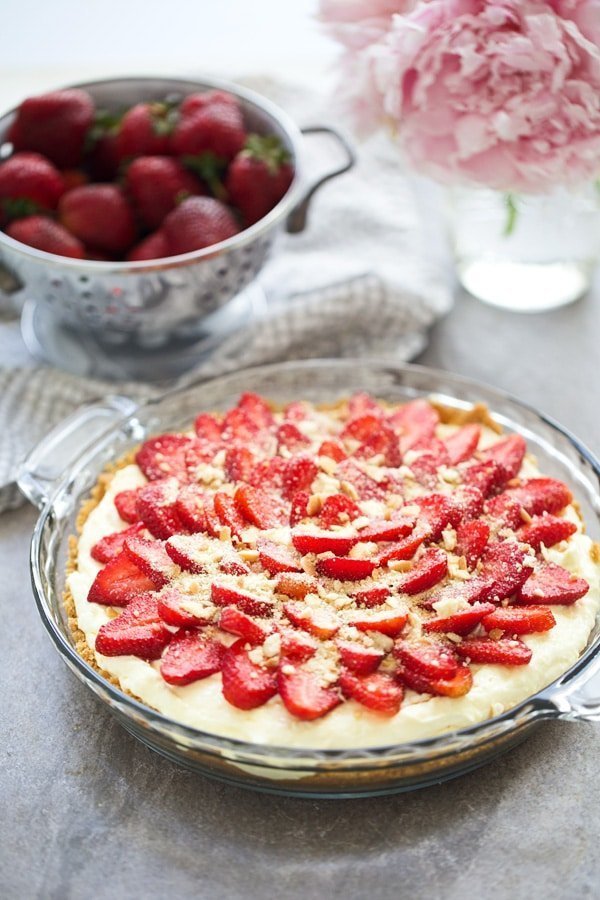 Here are a few other awesome summer pie recipes you should be making this season!