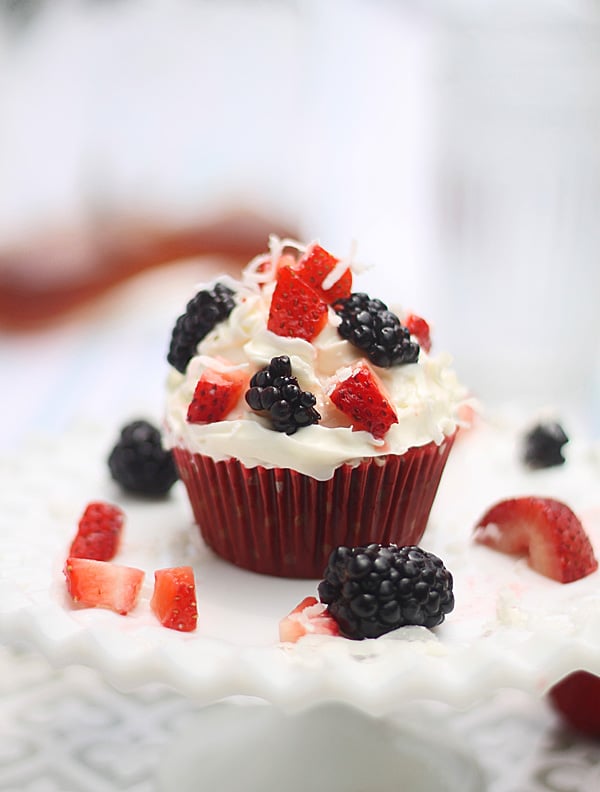 I’ve mentioned that I have an affinity for tres leches cake. I love everything about it from the soft, sweet cake to the moist tres leche it’s soaked with. I prefer it served with softly whipped cream and just a hint of vanilla, nothing else – which to me, is pure bliss.

I have quite a cluster of ideas running through my head on ways to transform the traditional into something a bit untraditional, but still maintain the essence of what tres leche cake is.

I tried to come up with a simpler title, but nothing quite explained these cupcakes like the straight-forward and long-winded approach. So here we are.

After the cupcakes have cooled, they are poked with a wooden skewer or toothpick then bathed in a concoction of sweet and condensed milk and coconut milk. They’re then topped off with homemade whipped cream, Cool Whip, Reddi-Wip or whatever creamy topping your stomach desires. (Normally, I’d go with whipped cream, but for this dieting girl, cool whip was the topping of choice.) Sprinkle with diced berries and a little dusting of extra coconut.

Hint. You might want a fork to eat this one… 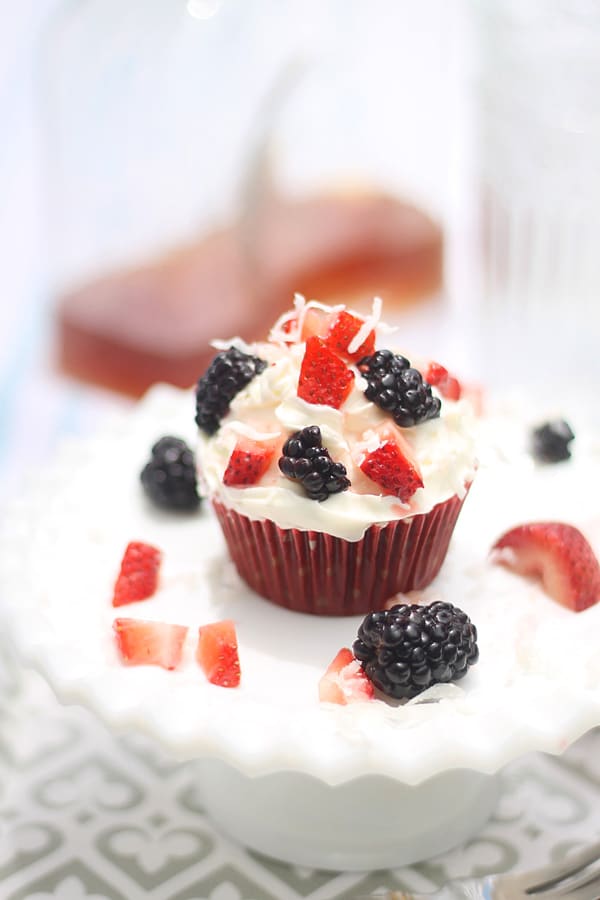 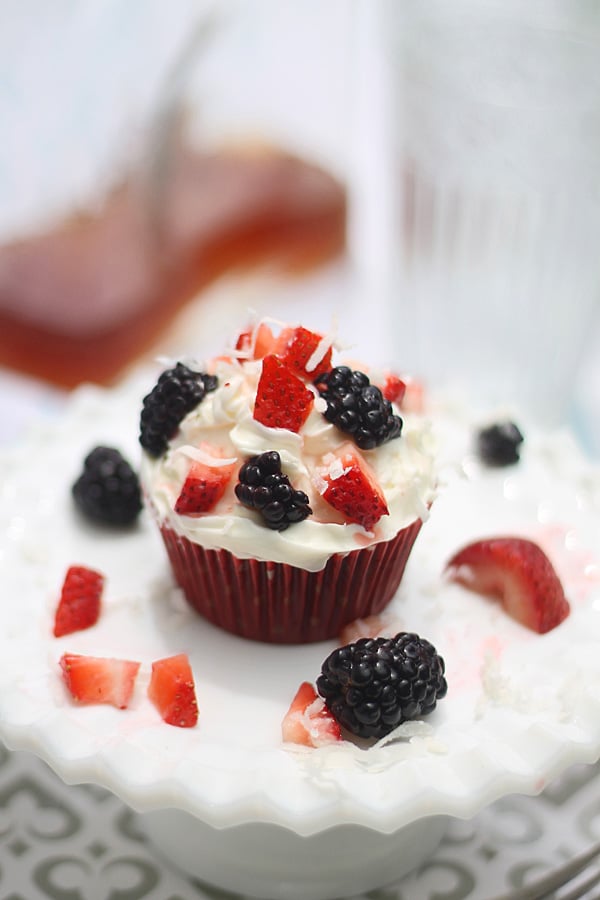 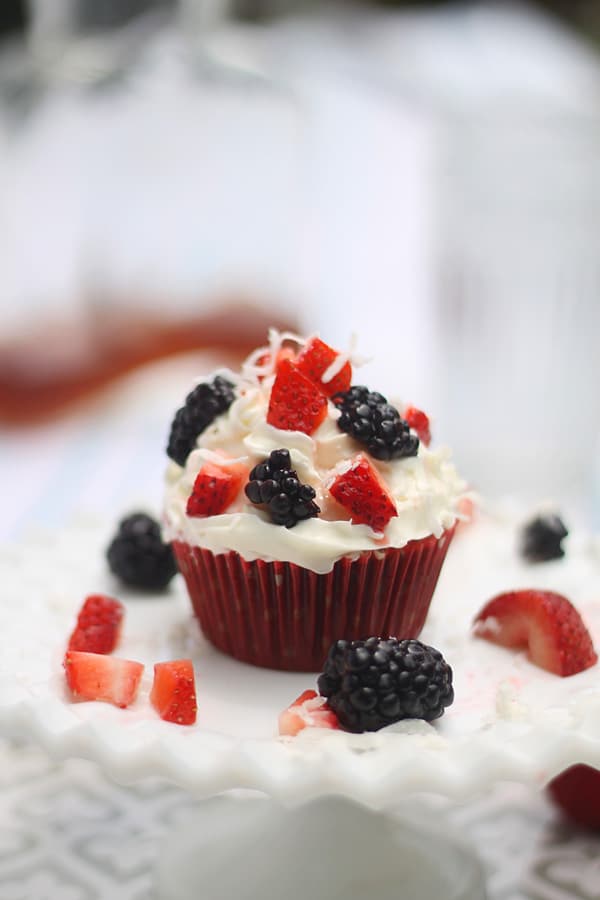