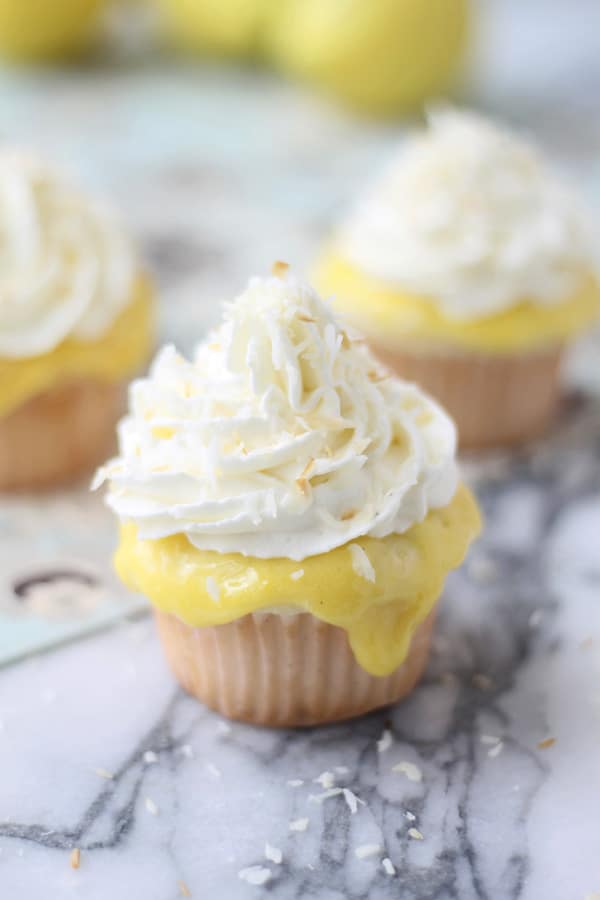 Ok, so the other day I talked about lemon curd – today I’m talking about coconut cupcakes with lemon curd. If your one of those people that’s a little weary of lemon in desserts, these cupcakes might just change your mind.

I think (and I could be completely off base) the culprit of a lot of people’s distaste towards lemon lies in the fact that they were once turned off by an overly aggressive lemon dessert like a tart or lemon bar. Too much of anything can be a turn-off, so I get it. And while these guys are called coconut cupcakes with lemon curd they aren’t overly coconut-y or overly lemon-y, making them the perfect option for lemon lovers and non-lovers alike.

Coconut milk and shredded sweetened coconut are laced into a batter made from sifted cake flour, butter, sugar, and egg yolk along with a hint of fresh vanilla bean. Beaten egg whites are then very gently folded into the batter, then scooped into pretty cupcake liners and baked.

I know it may sound strange to beat the egg whites before adding them into the batter – but word to the wise: do not skip the egg white step, it will aid in an airy cupcake yet still let the moisture from the butter shine through.

The cooked and cooled cakes are slathered with my homemade lemon curd and topped off with a lightly sweetened vanilla whipped cream. I finish them off with a little dusting of toasted un-sweetened coconut, making these my favorite cupcakes to date! 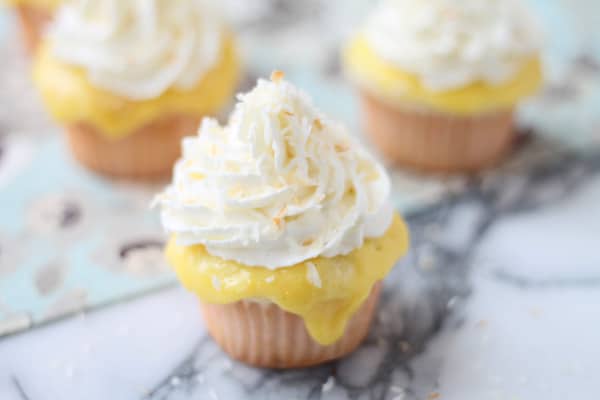