Thank you to USA Pulses and Pulses Canada for sponsoring the post! All of the love for pulses and this Seared Ahi Tuna with Chickpea Cucumber Salad is 100% how I feel. 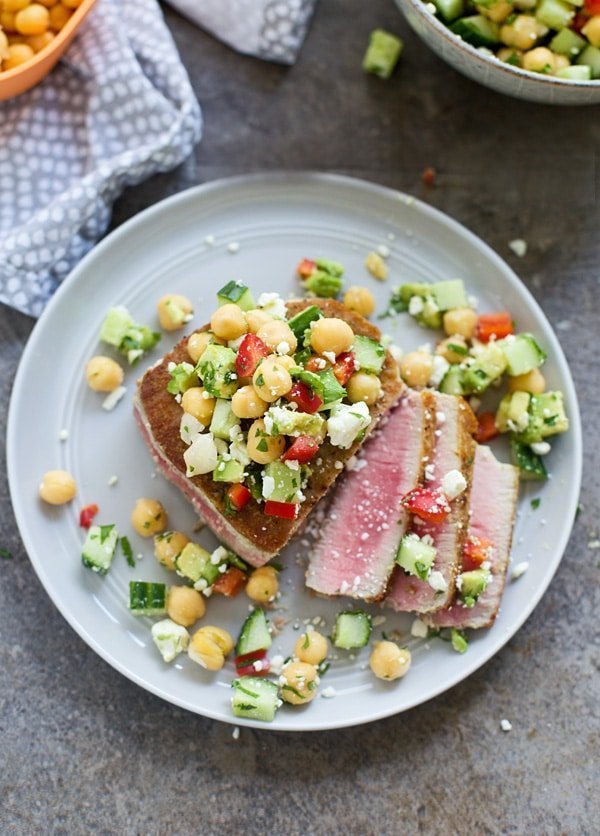 I love summer for so many reasons. The sunshine. The pool. The heat. And the carefree attitude and feeling that comes along with all those things. But mostly, I love that it’s basically a given to eat lighter, fresher meals, like this Seared Ahi Tuna with Chickpea Cucumber Salad.

With the temperature hovering around 90 degrees on any given day, I unintentionally crave something that doesn’t weigh me down, but keeps me fueled for incessant playtime with Teddy. Because that kid, he’s a constant ball of energy these days, which is apparently what happens the second they hit toddlerhood. Who knew??

It also happens that my craving for lighter fare coincides with the ‘Half-Cup Habit,’ a movement started by USA Pulses to include a ½ cup serving of nutritional pulses in your diet at least three times per week. While pulses are a regular source of nutrition in my diet for their protein and low calories, I didn’t typically include them in our meals at least three times a week. However, since I starting getting in the habit of it a few months back, it’s almost like second nature now to have them at least once a day, whether it’s in the form of a meal or just a quick snack. 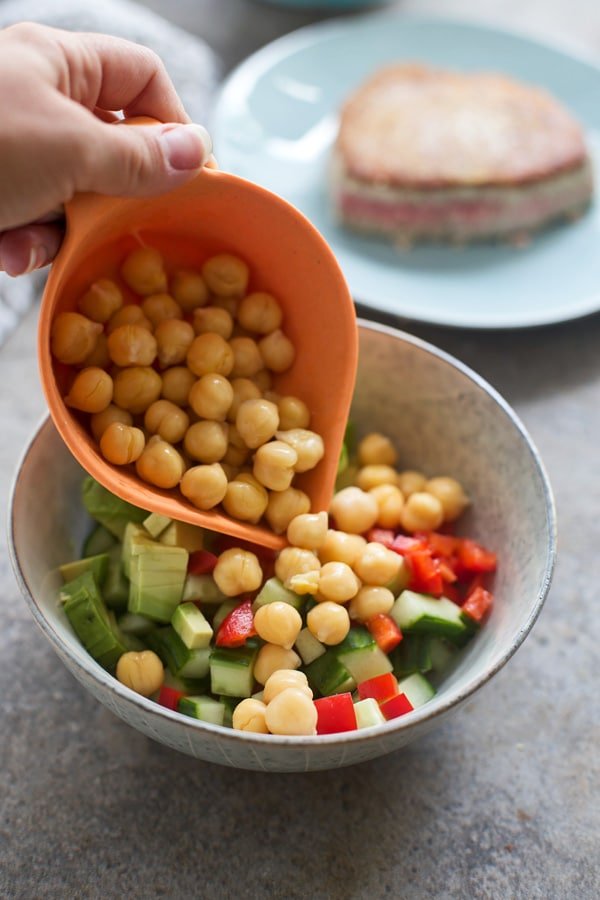 Surprisingly, most of the time I use pulses this time of year, I’m not actually cooking with them, which sounds weird, but hear me out. Because I’m all about staying cool at the moment, instead of cooking with them, I find myself throwing them into salads for a little extra protein, eating them straight from the can to tide me over until dinner, whipping them up in the food processor for an easy, healthy dip, or throwing them with whatever ingredients I’ve got lingering in the refrigerator to add a little extra pizzazz to grilled chicken or seafood.

Yesterday, I picked up a gorgeous filet of ahi tuna on sale, and immediately thought of a way I could include pulses in the mix. I knew I wanted to keep the fish simple, so today I went the fridge foraging route and tossed chickpeas with some diced cucumber, red pepper and avocado I had on hand for a quick salad to top it with. 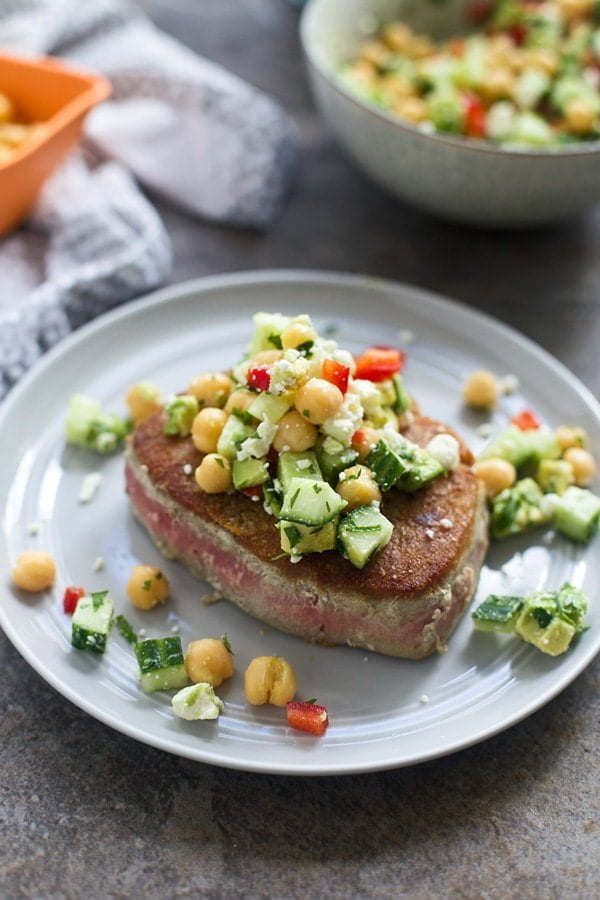 While I kept the fish itself pretty simple with just salt and pepper, I wanted the salad to have a sort of Mexican-style flavor to it with hints of cumin and cilantro, which I think compliments the fish perfectly.

For extra color and sweetness, I added in some diced red pepper, avocado for creaminess and a sprinkling of queso fresco for a an extra punch of salt.

Just before serving the salad is tossed with an easy vinaigrette made with lime juice, a bit of honey, cumin and just a touch of olive oil. It’s nestled on top of the seared tuna, and if you can dive into something as pretty as this, it’s ready to be devoured.

Can you join the Half-Cup Habit?? 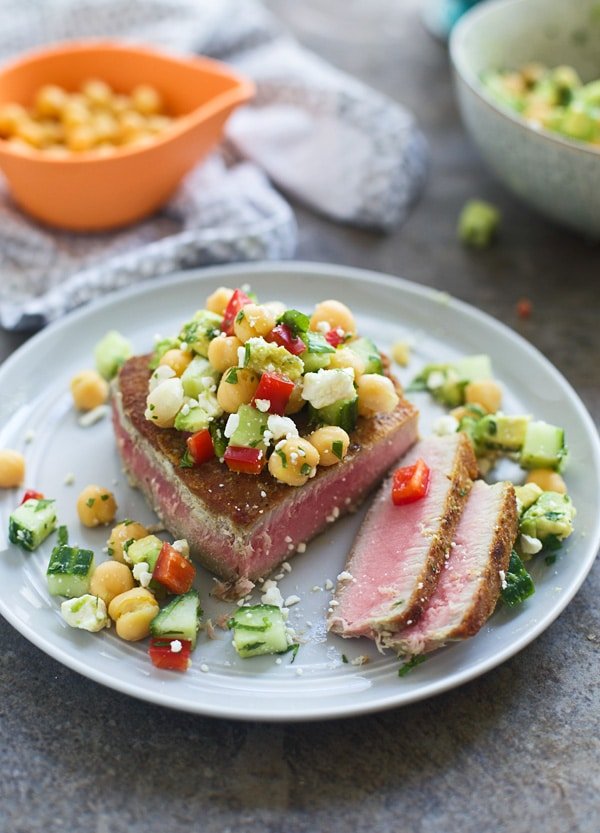 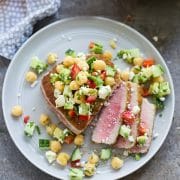