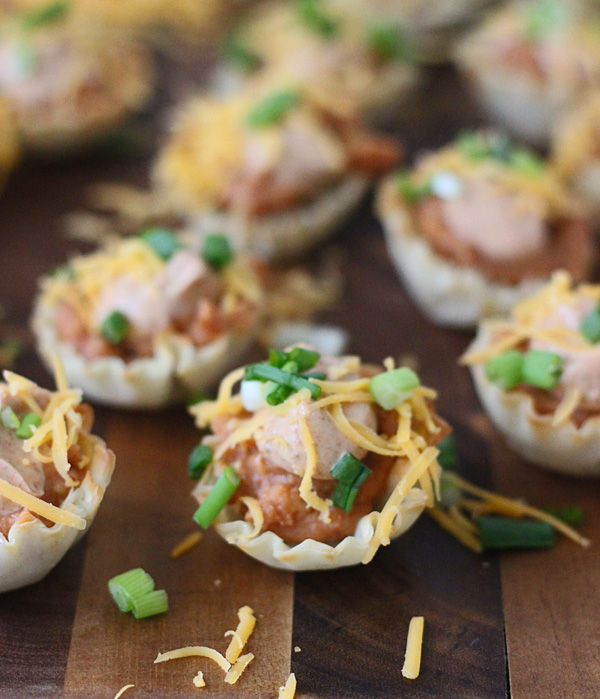 The rain has stopped. The clouds have parted. And the sun has shown its colors. It’s been glorious.

I’m going to make this post short and sweet since the beach is calling my name. In following with the Mexican theme this week, I’ve made these little phyllo cup seven layer dip appetizers. The perfect small bite for all your end-of-the-year football gatherings. That is all!

Have a wonderful weekend, and I’ll be back full-fledged on Monday, ready for 2013!

Ok, and clearly I’m not ready for 2014 since I just noticed eight hours after posting this, I referred to 2013. Yikes.