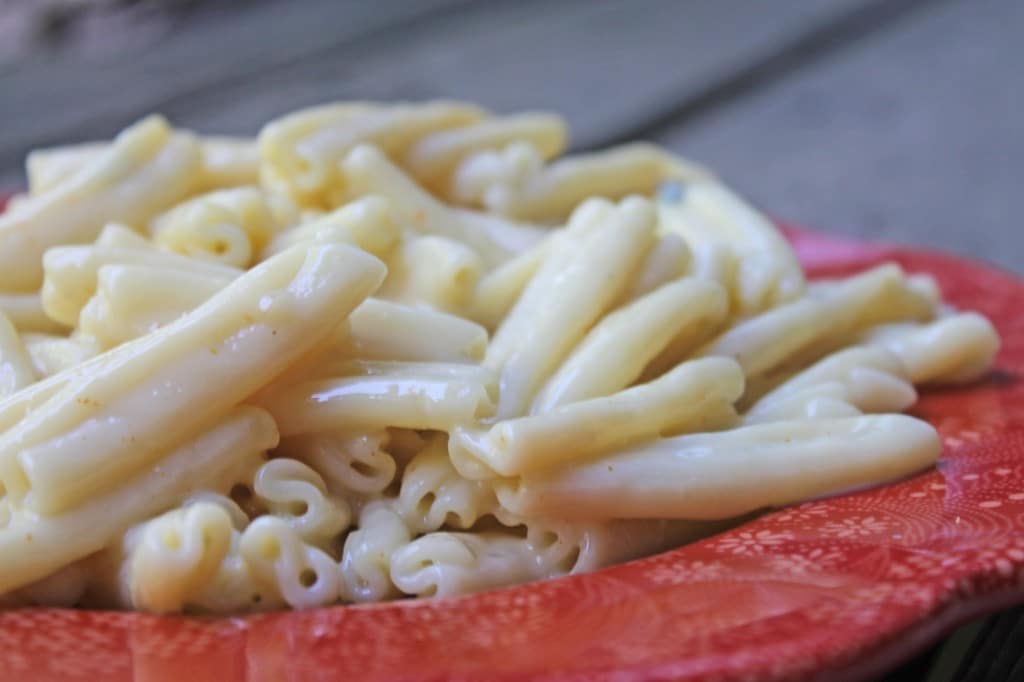 I have a very close personal relationship with mac & cheese.  There has never been a mac & cheese I’ve met that I didn’t enjoy. If it’s on a menu, I will order it.  I’m even thinking about having gourmet mac & cheese as the starch at my very formal upcoming wedding. Seriously.

I’ll eat it baked, cooked on the stovetop, fried, with cheddar, with truffles, with pancetta, with lobster, the list goes on and on. My obsession with mac & cheese goes back many years to my childhood where I, like every kid, ate Kraft macaroni and cheese and loved it.

Of course I stopped eating that junk years ago. There’s a reason the head honchos at Kraft market that stuff to kids. Have you ever seen an adult in any of those commercials? Nope, you know why? Because no self respecting adult would eat that processed garbage.

Ok…. I’m totally lying to you.  I still LOVE the stuff; in fact, I would guess that I break it out at least once a month.  There’s just something about that little blue box that sucks me in. I’ve said it before and I’ll say it again, I am a lover and supporter of the gourmet but I can also appreciate a good boxed meal or greasy fast food cheeseburger. 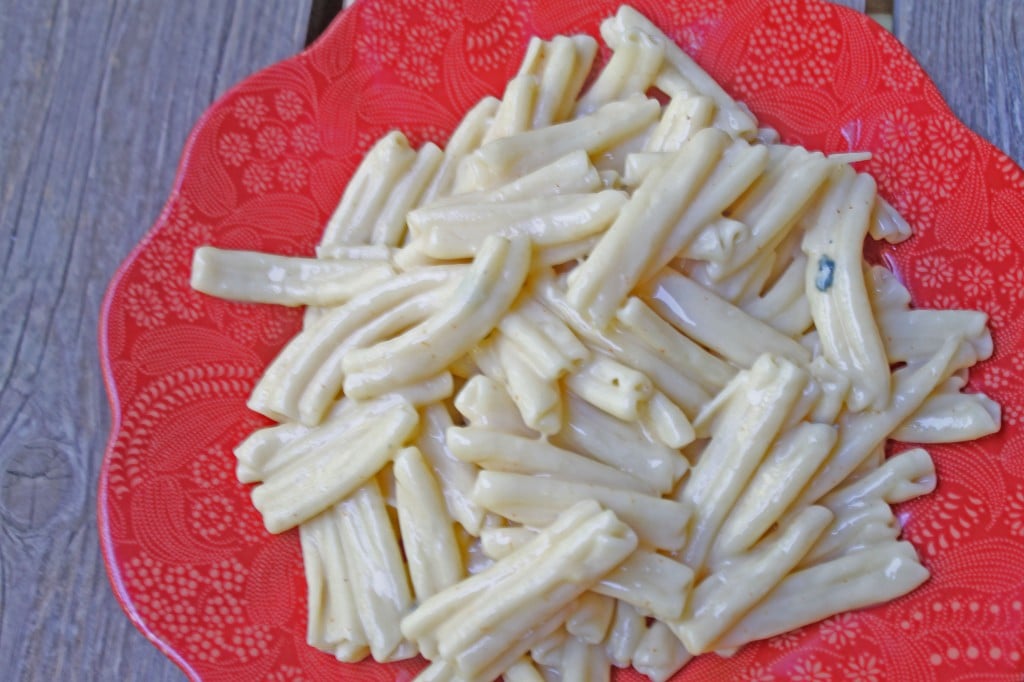 Now, I’ve made homemade mac & cheese a million different ways, all of which were delicious, but I could never quite get that creamy thin consistency that the little blue box results in. That is, until I stumbled upon a stovetop mac & cheese recipe by Alton Brown.

There were about a gazillion reviews all praising the recipe and labeling it the “best mac & cheese ever.”  I needed to see what all the fuss was about and had a sneaking suspicion that it couldn’t have been that good. I followed the directions exactly (which is torture for me) and the end result was a creamy yummy mac & cheese. Arguably, the best I ever had. The consistency of the sauce was just like Kraft version; a creamy but thin sauce that coats every piece of pasta perfectly.

Finally I had found the key!

What is the key you ask? Evaporated milk. Sounds weird doesn’t it? But it works.

My goal on this blog is to share mostly original recipes created by yours truly, but this one is so yummy and easy, I had to share. I’ve adapted the recipe slightly by adding some tangy Dijon mustard, creamy white American cheese, sharp nutty cheddar, and a little bit of tangy blue cheese. This cheese combo has been by far my favorite, but you can use whatever cheese strikes your fancy. 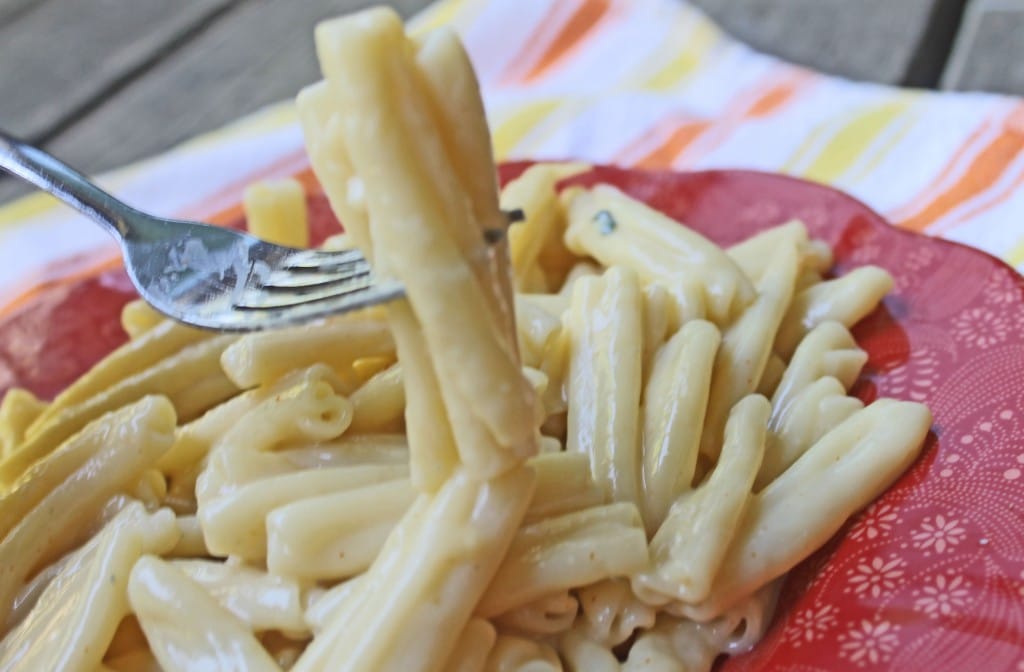 Cook pasta to al dente.  Whisk evaporated milk, eggs, cayenne pepper, dry mustard,Dijonmustard, and salt in a bowl.  When pasta is done cooking return to pot with the heat off.  Stir in butter until it’s melted all the way. Add the milk mixture to the pasta. Add cheese to the mixture and turn the stove on low heat. Add cheese.  Stir until all the cheese is melted and fully incorporated into the pasta.  Season to taste with salt and pepper.