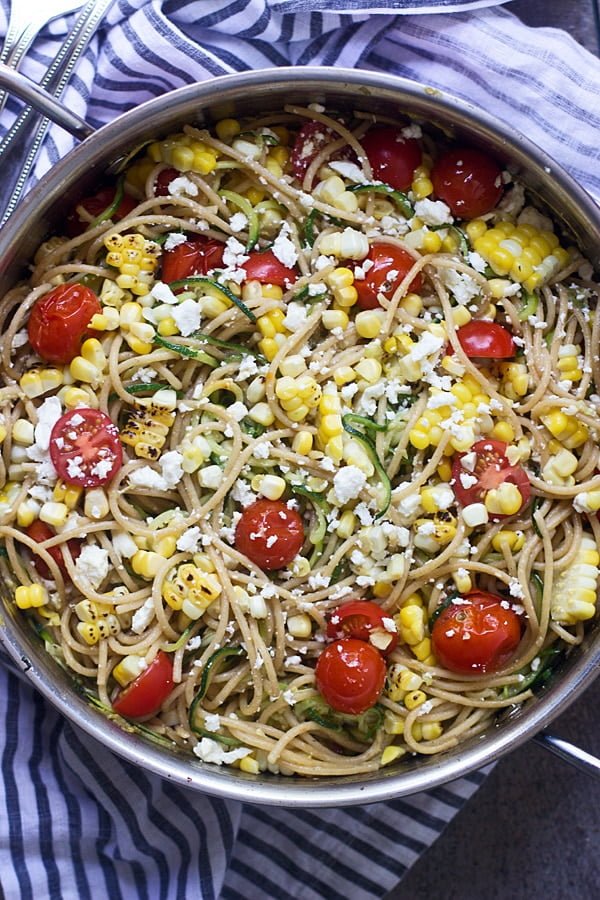 Inevitably, when this time of year rolls around, you know, the time of year when tiny shorts, tank tops, and bikinis are all I want to live in due to overheating, a variation of this pasta pops up on our dinner table.

I know for some people, summer is the time when they eat less, work out more, and lose weight. Such is not the case for me. I eat more, drink more, and work out less; therefore I gain weight in the summer. This year, gaining the requisite 3-4 summer pounds isn’t going to fly since I still have eight stubborn pounds of baby weight to get rid of. However, that doesn’t mean I want to start a diet of lettuce leaves and smoothies any time soon. (Thank you nursing for giving me the excuse to not diet all summer long.) Instead, I’m swapping out a few things here and there for a more balanced approach that’s a little more realistic for me. 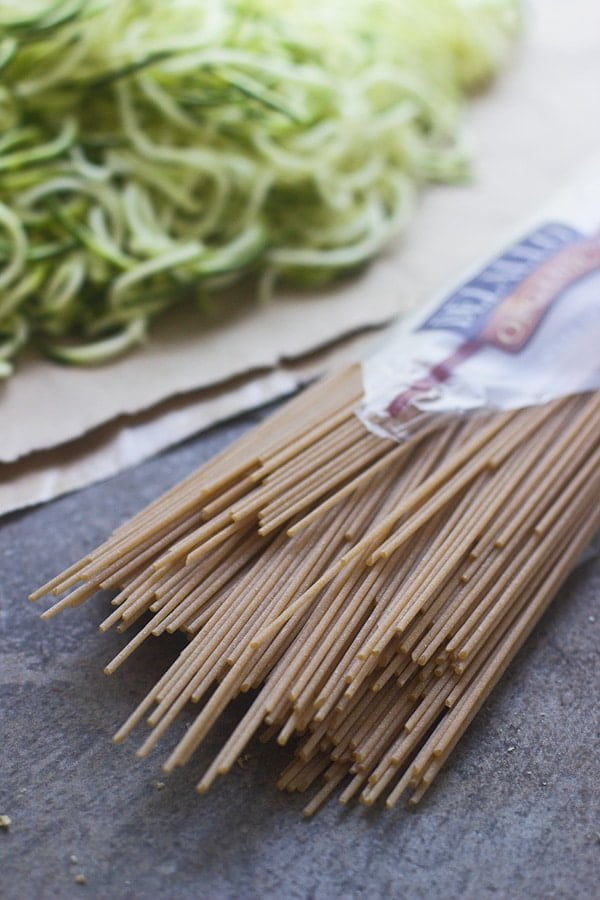 Here, pasta is the perfect vessel to showcase some of summer’s freshest bounty, except instead of using all whole-wheat noodles, I went for a part whole-wheat, part zucchini noodle mix to knock out some of the carbs while still retaining a good amount of fiber. (I almost sound like a health food blogger, don’t I?)

I feel like whole-wheat pasta kind of has a negative connotation associated with it, especially for those die-hard pasta lovers out there, but when it comes to spaghetti, in most cases, I actually prefer it. It has this nutty flavor and heartiness to it that I adore, so to make the switch from white flour spaghetti to its whole-wheat counterpart, really doesn’t feel like a sacrifice to me. 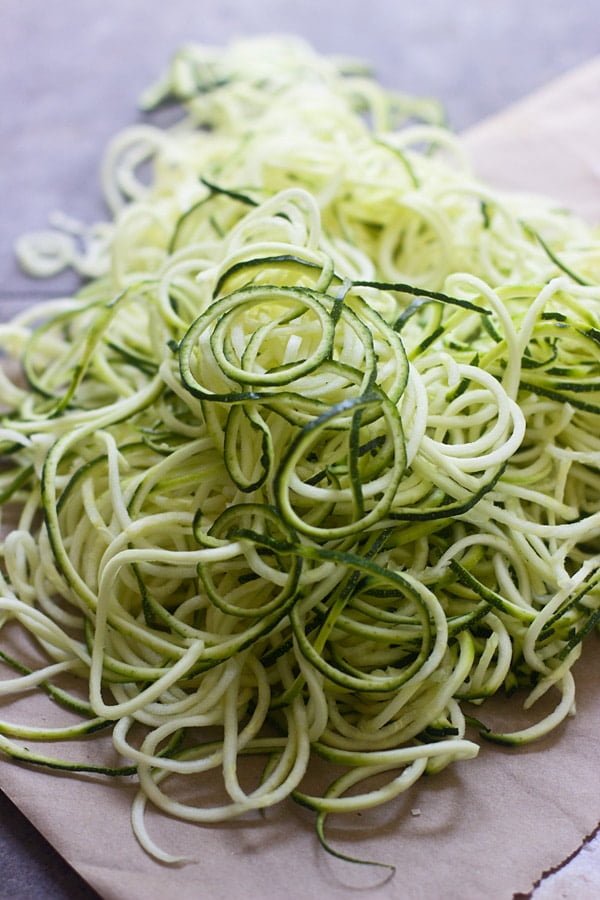 The real stars here though, and what make this pasta one of my favorite things I’ve made all summer, thus far, are the brown butter and the grilled veggies. I’m sure you can conquer that grilled summer vegetables are phenomenal on their own, but when you bathe them in a vat of brown butter, there’s really no better thing on this earth. 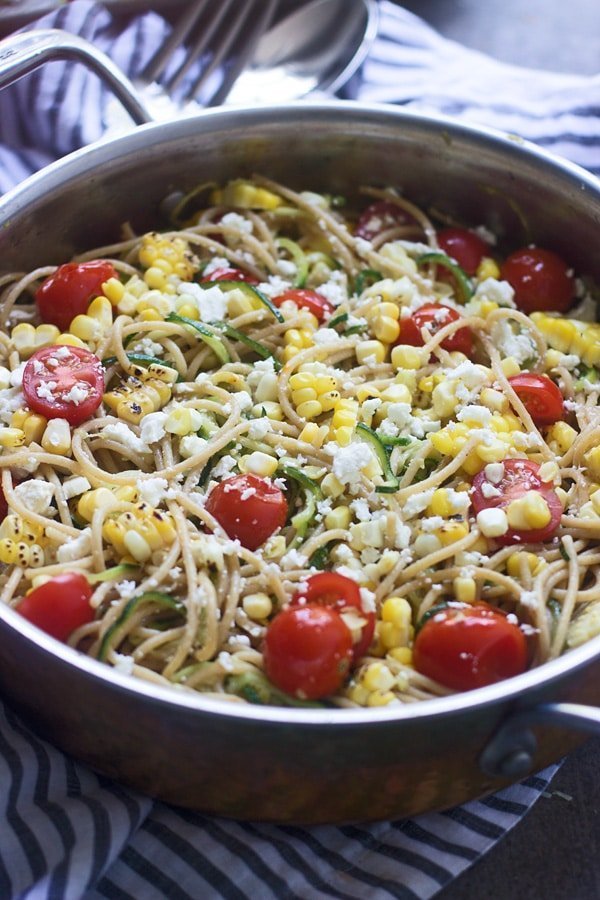