END_OF_DOCUMENT_TOKEN_TO_BE_REPLACED

These Baked Supreme Turkey Tacos are packed with fat-free refried beans, seasoned turkey taco meat and melted cheese. They’re topped off with a zesty Greek yogurt sauce and a quick and easy pico. 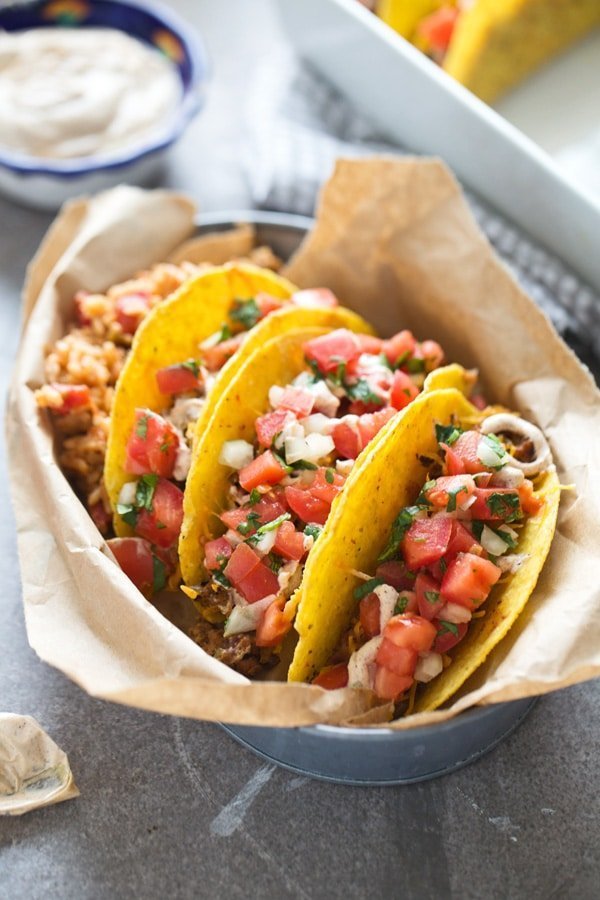 Despite having a serious aversion to Taco Bell on an average day, once or twice a year I find myself hightailing it to the nearest location for a greasy, probably artery-clogging taco or burrito supreme. I’m not sure why the abrupt disappearance of negative feelings happens, but I do know in the five minutes I inhale the previously despised fast-food concoction, I’ve never felt happier.

Of course two hours later when my stomach is unsettled, and the guilt settles in, I vow to never eat there again. 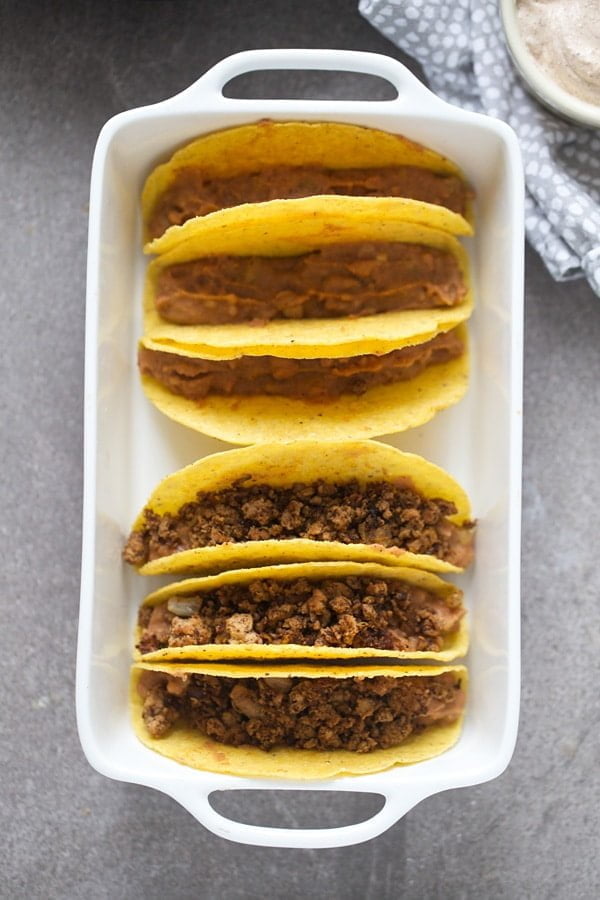 I made these Supreme Turkey Tacos in an effort to create a satisfying diversion for the next time I’m feeling the need to hop in the car and find the nearest Taco Bell drive through, which happened to be yesterday, and I’m happy to report, it did the trick!

These guys are packed full of seasoned lean ground turkey instead of greasy ground beef, and that’s just one of the ways I’ve made these more figure-friendly. The turkey is browned up with plenty of diced onion and garlic, and then seasoned with chili powder, garlic powder, cumin, and oregano. To keep the meat moist, I added in a little bit of water along with the spices, which also creates a sauce-like consistency similar to the fast-food version.

Also, instead of drowning the tacos in full-fat sour cream, I made a creamy “sauce” of sorts with plain Greek yogurt, a little bit of chili powder, cumin and lime juice. For me, it’s actually what makes the tacos go from standard taco to something a little bit more special, and I kind of want to drizzle it on every tex-mex dish I eat from now until eternity. 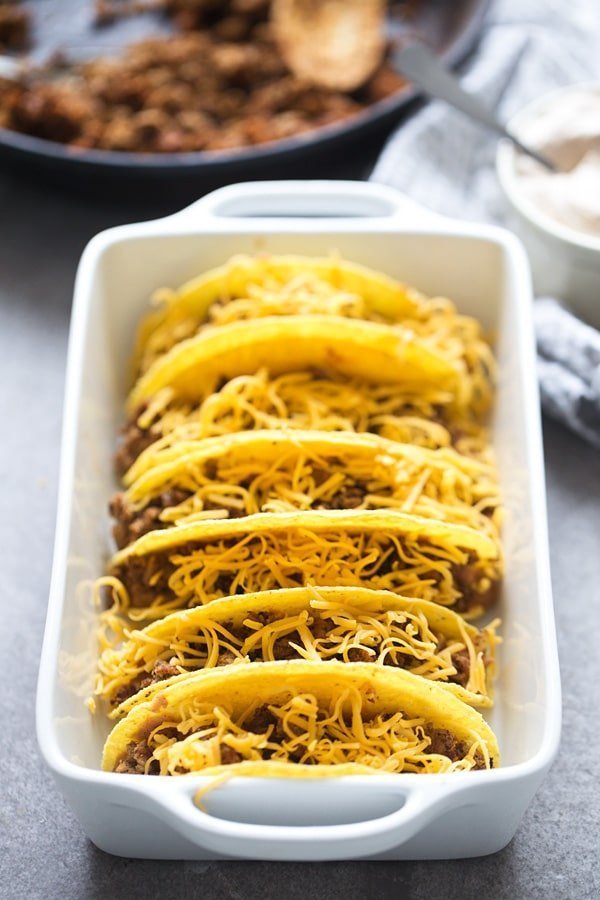 I almost wanted to call these seven-layer dip tacos because the ingredient list is similar to the classic dip and mimics the way it’s layered, except instead of layering in a bowl, it’s layered from top to bottom in a crisp taco shell.

The base of the taco is smeared with spicy fat-free refried beans, followed by a layer of turkey taco meat. From there it’s covered with cheese, I used reduced-fat extra sharp cheddar, but pepper jack, Monterrey jack, or even a Mexican blend would also work great.

Each taco is lined up in a casserole dish, and then baked until the cheese is melted and the inside is piping hot.

Once they come out of the oven, they’re drizzled with the Greek yogurt sauce and covered in a super simple pico.

Simple, easy and so much better than anything you can get at your closest Taco Bell. 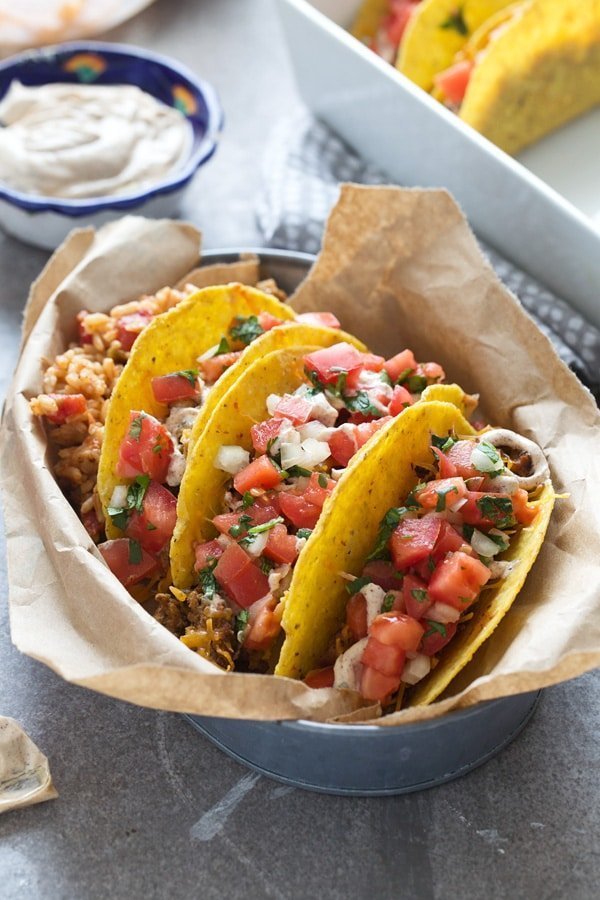