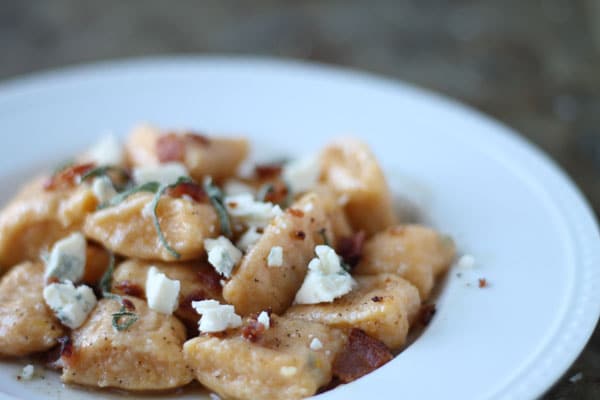 The fun and drive in cooking for me not only lies within the actual process of cooking, but also lies in the process of making the food beautiful. I think that’s what draws people to food in the first place – after all, we first eat with our eyes and then with our mouths. Now, I’m not saying that creating the perfect plate of food supersedes what the food actually tastes like, because taste is ALWAYS my first and foremost priority, but it’s nice to create something totally scrumptious that also happens to be aesthetically pleasing and makes people want to make it – like now.

But, sometimes, food just isn’t pretty. Take beef stew for example; it’s comprised of dull brown pieces of meat that are slow-cooked with once vibrant vegetables that have also become quite dull in color. Even though beef stew isn’t particularly striking to look at, most of the time there are things you can do to make the dish more appealing to the eye that won’t compromise the taste of the dish. For instance, you can amp up the “prettiness” by emphasizing the orange carrots and sprinkling in a little bit of fresh bight green parsley – an instant upgrade.

On there other hand there are some dishes like today’s sweet potato gnocchi that are gorgeous on their own, without any food-styling or extras. It’s a wonderful thing when it happens, almost magical; the dish is put together and poof, it’s already camera ready. The sweet potatoes give off a beautifully subtle orange hue; the nutty brown butter coats the gnocchi, giving it a dewy sheen; and the bacon, blue cheese, and sage really make the whole dish pop. Or at least, I think so.

Even though this gnocchi is eye-catching, it’s not just a pretty face and is without a doubt delicious as well. When I was first creating the recipe, I was planning on serving it up how I traditionally like my butternut squash ravioli – with a little bit of brown butter and fried sage, but decided to do something a little untraditional. As many others do, I’ve always loved the combination of bacon and blue cheese, but usually just throw them together in a salad or slap them on as a topping for steaks or chicken – not that there is anything wrong with that, it’s out of this world. But I had a wild idea and thought maybe just maybe, that the combination of the slightly sweet flavor from the sweet potato, and the nuttiness of the butter would compliment the tangy flavors of blue cheese and the saltiness of the bacon just perfectly.

Umm, I was right.

It was downright delicious, delightful, delectable…. or any other word meaning out of this world.

It’s funny how a little blue cheese and bacon can take a dish from ordinary to extraordinary. 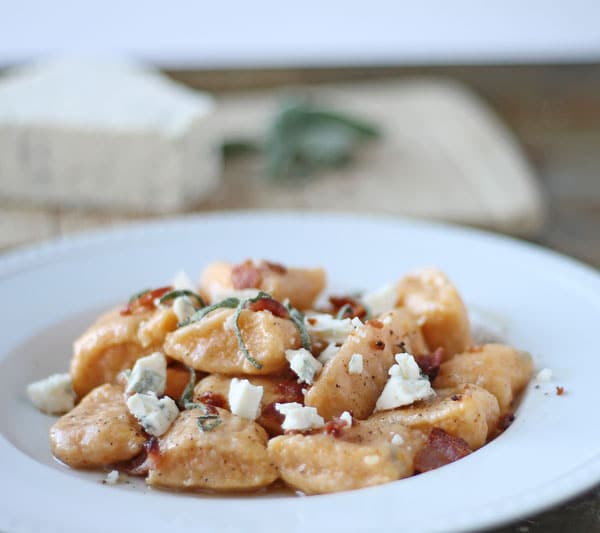 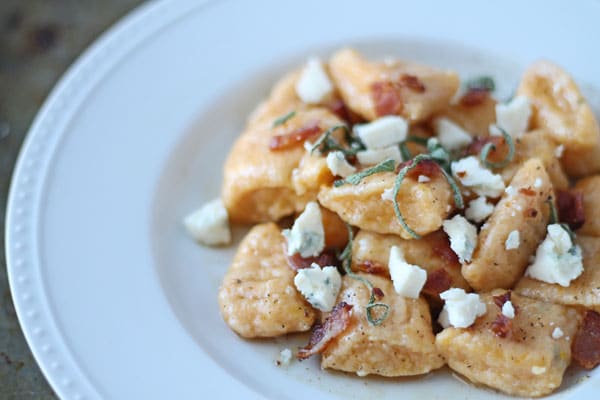 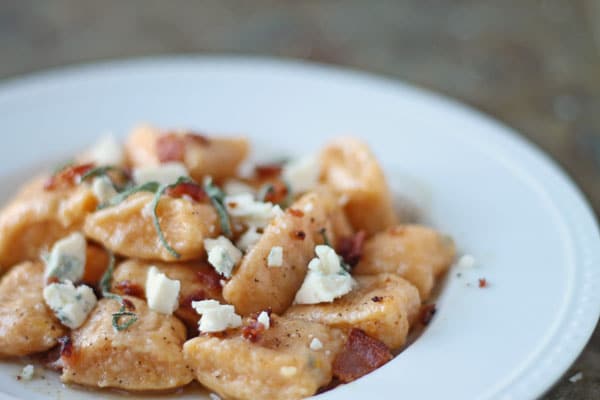 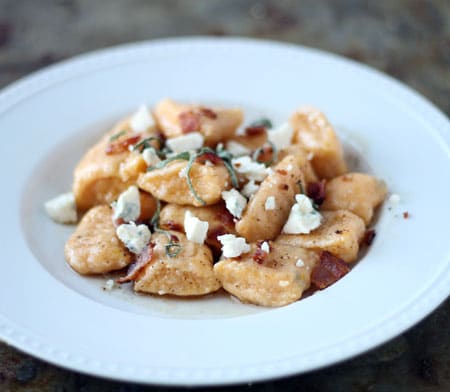