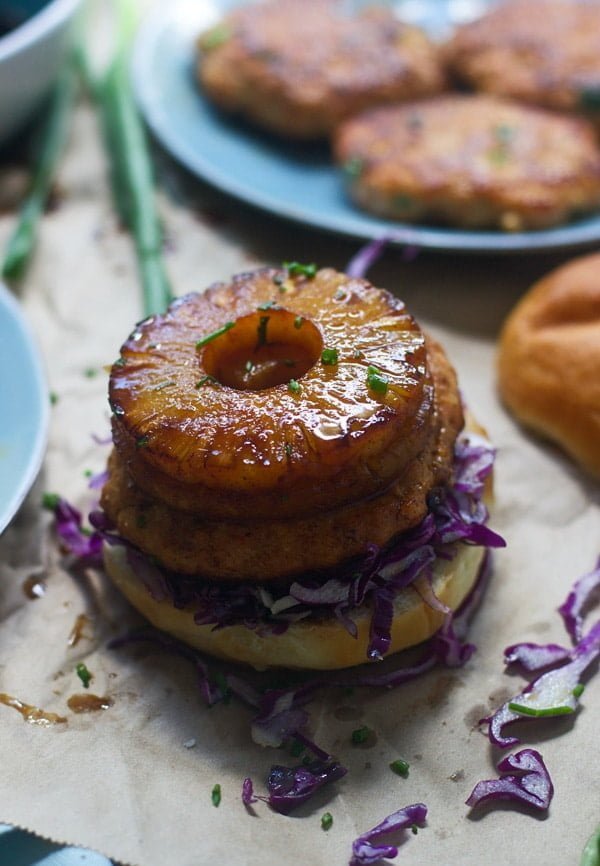 About a month ago, I was finally able to finagle my engagement ring on and off my finger without it getting stuck below my knuckle. It was one of the lingering side effects of pregnancy that just wouldn’t go away. I was extremely close to making peace with the fact that I’d just have to go get it re-sized since my finger was forever swollen – and then one day, boom, it slid right on.

It’s been coming on and off every day since. Except for tonight. 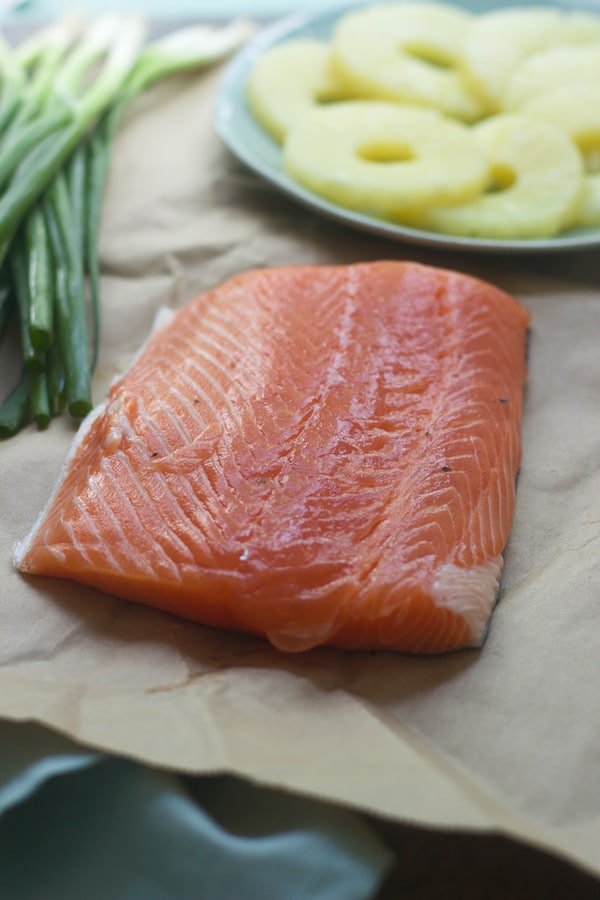 Tonight when I went to go take my ring off before I washed my face and got ready for bed, it stayed firmly on my finger no matter how much I tried to wrangle it off. I immediately became frustrated, why wasn’t it coming off?? Did I put on MORE weight? Was I dehydrated? Did my ring shrink?

And then I remembered…I pretty much drank the homemade teriyaki sauce I slathered on these salmon burgers.

It was a good ol’ fashioned sodium overload. 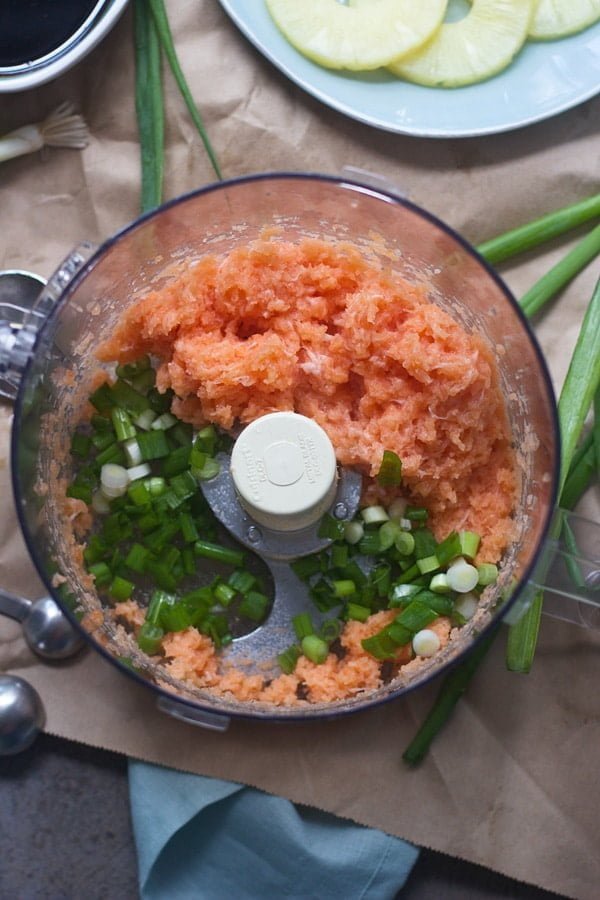 I’d never made homemade teriyaki before – at least not with the intent of making teriyaki – and man, it’s good, really good. Instead of dipping my sushi in plain soy sauce and wasabi, I forever want to have a bottle of this stuff to cart around to dunk my spicy tuna rolls in. I want to slather it on every piece of chicken, fish, beef, and pork I can get my hands on. I want to stir-fry rice in it. And apparently, I want to drink it.

But for today, I’ll just have to settle mixing it into fresh salmon, slathering it on the cooked patties and then bathing pineapple in it. All in that order. 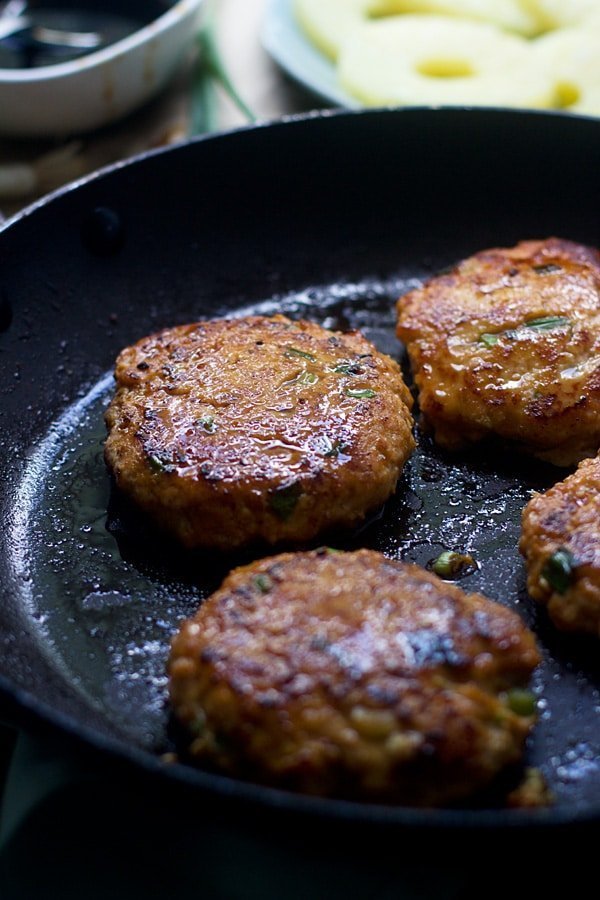 Aside from the sauce that’s laced throughout the salmon burgers, there’s also some sliced green onion, egg to act as a binder, panko to hold everything together, and a little bit of pineapple juice for sweetness. Most salmon burger recipes call for canned, flaked salmon, but I like to use fresh salmon, so before all the components get mixed together, I throw about a pound of fresh, raw salmon into the food processor and pulse it until the mixture is ground.

Once the patties come together they’re cooked in a little bit of coconut oil, and then brushed on both sides with more sauce. After that, the pineapple slices get thrown in to caramelize, it’s all piled high on a good-quality bun, and finished off with a little bit of sesame-infused red cabbage for crunch.

If you deem it necessary, you can drizzle a little bit of extra sauce over the pineapple and patty, or, if you’re me, a little side bowl to dunk the entire sandwich in… 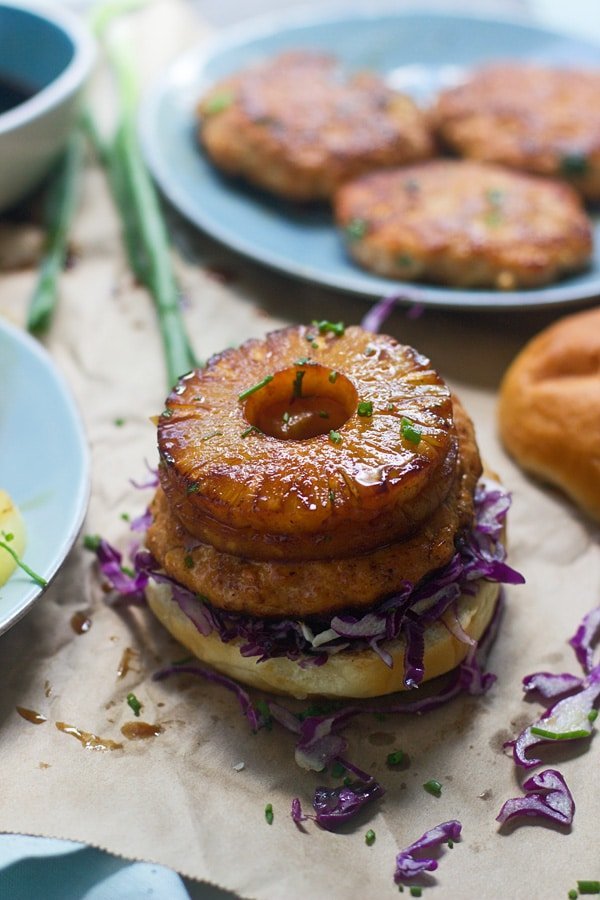