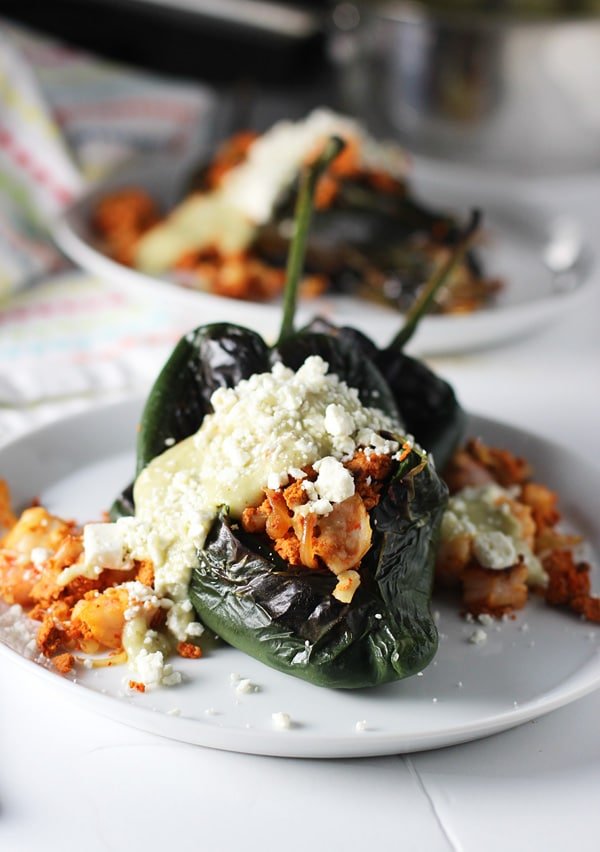 The last two Tuesday mornings, my husband has woken up cursing me. Not because I was stealing all of the covers. (Which I totally do) Not because I was snoring. (Ummm girls don’t snore!) Not because I was bed hogging. (Me? Never.) Nope, the last two Tuesday mornings my husband has woke up cursing me, because I felt the need to tell him, when he was soundly sleeping and I was doing my Monday late night ritual of watching RHOO, that the girls were out at our favorite Puerto Vallarta restaurant spots. I mean, this is BIG news, right? Of course he’d want to know. Imagine my surprise, after about five loud yells and a shake that he looked at me with little devil eyes, and didn’t even have to speak, the look alone just said, “Are you freaking serious?” Clearly he doesn’t realize how exciting it is that my OC girls go to our favorite spots in our favorite vacation location.

You would think I would have learned my lesson after the first Monday night, but nope, just this most recent Monday, the same thing happened. The girls were sitting at a table on the beach, when I realized they were at my favorite restaurant to park for the day and have a cocktail at night while the sun sets. Again, utter excitement ensued. And I’m not making any promises it won’t happen again… 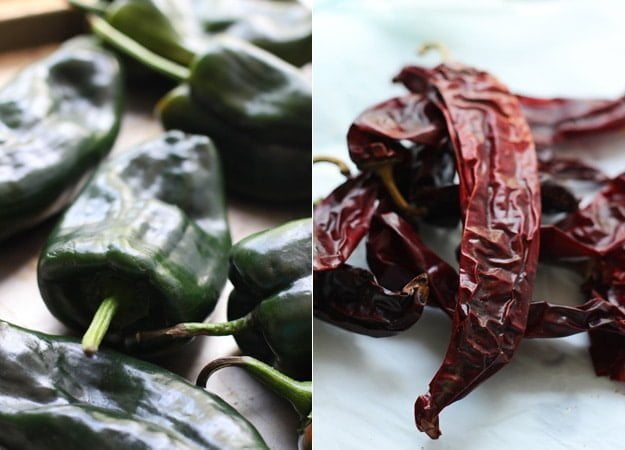 One of the first restaurants they went to was this cute little family owned place called Mama Rosa’s, which is probably my second favorite restaurant in all of Puerto Vallarta (this is my number one). I love it not only for its utterly charming character and ambience, but also because it’s a different spin on Mexican food than you usually see. Something that’s hard to come by, even in Mexico where so many restaurants are driven towards what Americans think Mexican food should be.

There are so many things on the menu that I love, mahi mahi el pastor, shrimp empanadas and filet with chocolate sauce to name a few, but there’s one thing there I’ve been dying to try – a take on a chile relleno, stuffed with ground beef and then smothered with a creamy sauce and sprinkled pomegranates. Apparently it’s a very traditional Mexican dish, and the part that is so interesting to me, is it’s not deep-fried.

That dish has always floating around in my head for some reason, and even though I’ve never tried it, I’m seriously intrigued how the absence of a deep-fry will taste, so of course that means I’ve come up with my own. 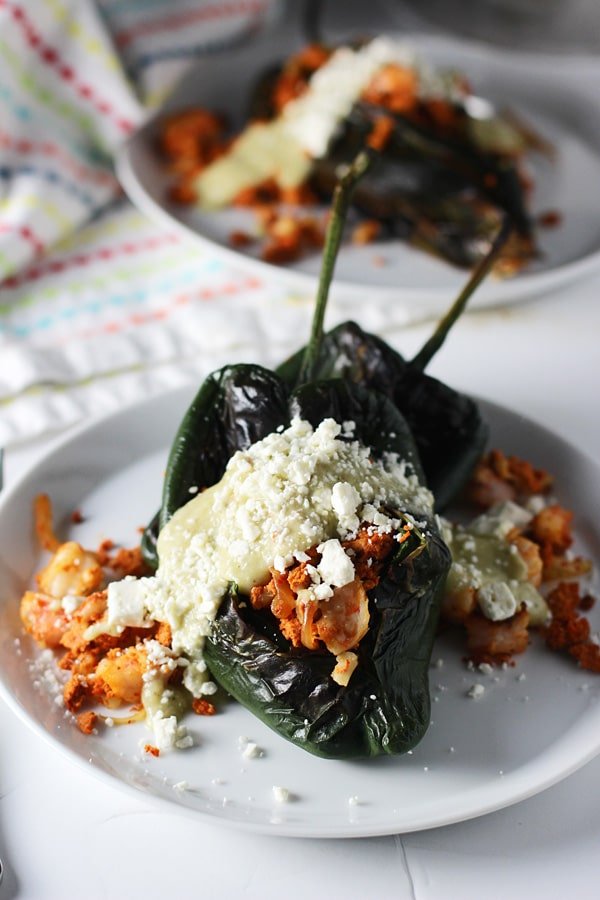 This version takes roasted poblano chiles, and stuffs them to the brim with a homemade turkey chorizo, chopped shrimp and juuust a touch of jalapeno cheese. They’re then baked, and smothered with my favorite low-cal poblano “cream” sauce, and finished off with a little bit of Mexican queso fresco.

Seriously delicious, and I didn’t miss the deep-fried version in the least – you won’t either! 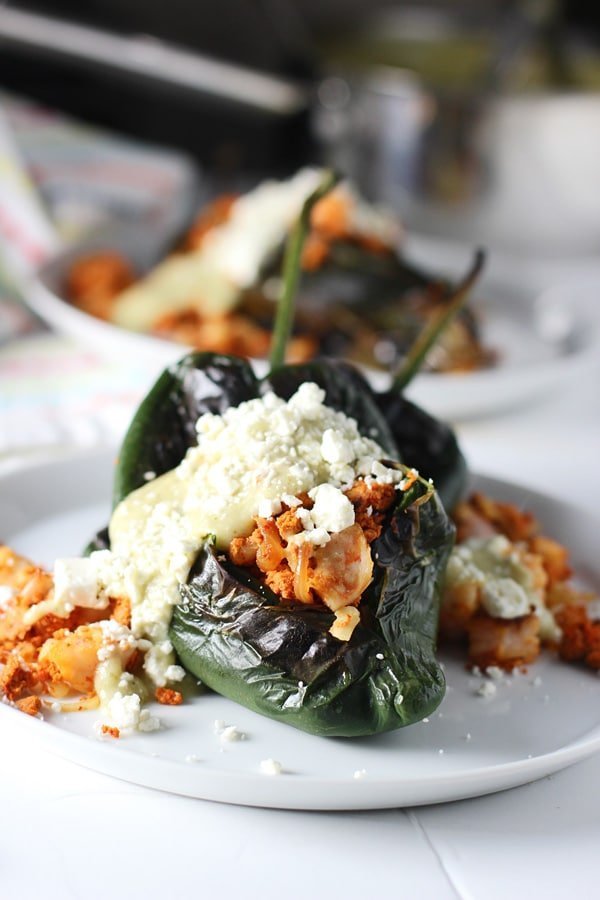 Baked Chile Rellenos with Homemade Turkey Chorizo and Poblano Cream Sauce
Print
Prep time
40 mins
Cook time
10 mins
Total time
50 mins
Author: Nicole
Serves: 6
Ingredients
Chorizo:
Poblano Cream Sauce:
Assembly:
Instructions
For the chorizo: In a large non-stick skillet, toast the chiles for a few seconds on each side until they become pliable, do not burn. Remove from the heat and cover with water, let steep for 30 minutes.
For the sauce: Heat a medium saucepan to a medium heat, add oil. Add in onions and garlic, season with salt and pepper; cook until onion and garlic are cooked, about three minutes. Whisk in flour, cook for one minute. Slowly whisk in hot chicken stock, add salt. Bring to a boil and reduce to a simmer until thickened. Once thickened, transfer half to a blender with the roasted poblano pepper, blend until smooth. Transfer back to saucepan. With the heat on low, stir in Greek yogurt. Season to taste with salt and pepper.
Assembly. Season shrimp with salt and pepper. Heat a large non-stick skillet over a high heat. Add a tablespoon of olive. Add shrimp and sliced onions. When shrimp become pink, remove. Add chorizo and cook with the onions until cooked through.
Nutrition Information
Serving size: 1 pepper
3.2.2925
(Visited 6,420 times, 1 visits today)
Blueberry Butter Cookie Gelato with Homemade Waffle Cone Cups Lobster Spaghetti (Santorini Style) + A Giveaway!