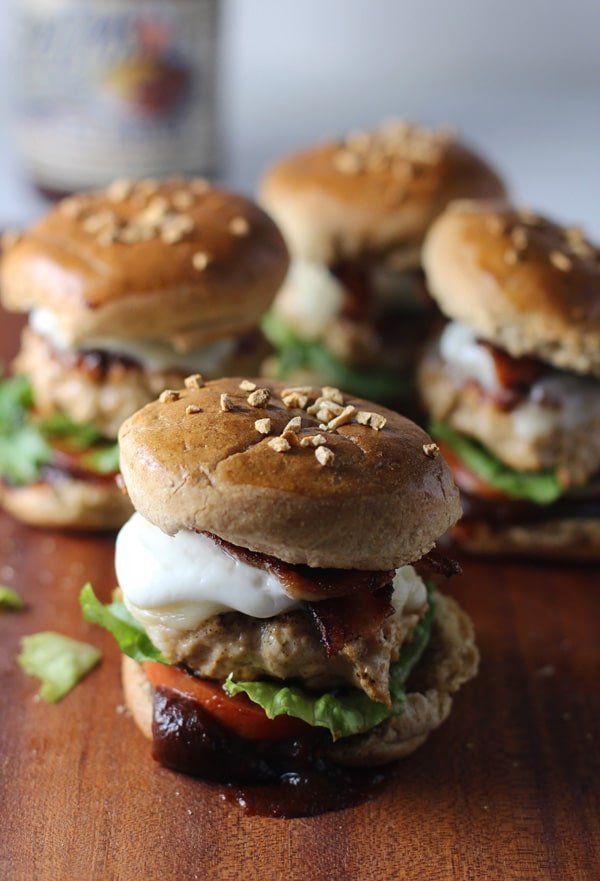 Guys!! So many exciting things going on! For one, I just officially started the process to create a whole new, more functional space here. I’ve been on the waiting list for about three months, but now we have officially started to take the initial steps. It’s going to be a long a process, but I think the new site should be up and running by December, just in time for the holidays – Merry Christmas to me! 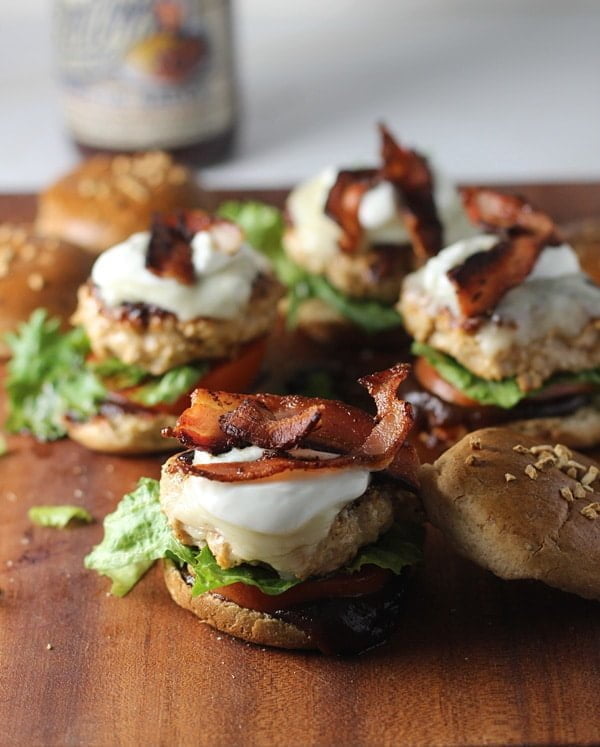 Second, our hometown baseball team is in the playoffs!!! (Sorry there might be a lot of exclamation points in this post.) Now, this might not seem like big news to you, but for us Kansas Citians this is BIG EXCITING CRAZY UNBELIEVABLE news. You see, every single person in Kansas City is a true Royals fan. We haven’t really been all that good since we won the world series in 1985, a day I can’t even claim to remember since I wasn’t even born yet. But every.Single Year. Kansas City fans — even my generation — believe that we will win…. and then, we don’t. It’s been disappointing year after disappointing year, yet everyone still believes. And this year, it’s finally paid off.

Tuesday night marked one of the greatest games in the history of the Royals — we were down, people were crying, we were tied, people were laughing, there were extra innings,people were screaming, bases were stolen, people were jumping….we won. 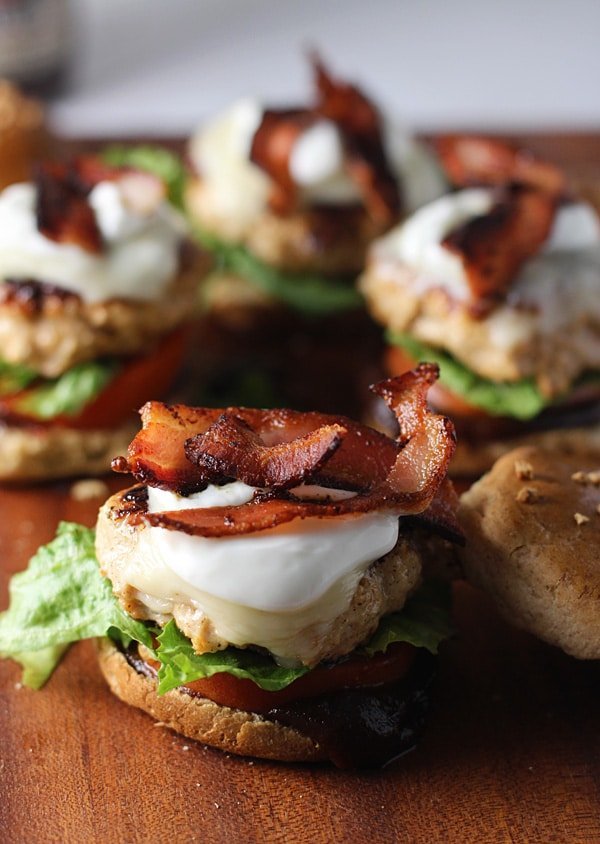 That win officially put us into the playoffs, with our first game being last night where we squeaked out one more win. We have another game tonight in Anaheim, and then they’re back in KC for Sunday’s game. A game, Kevin and I are lucky enough to have tickets to. I can’t even begin to describe my own excitement, but Kevin’s excitement, well his is on a whole other level than mine; like can’t-stop-smiling-giddy-school-girl-jumping-up-and-down excited. Our tickets we initially bought for a very reasonable price, are now ten times what we paid for them, and Kevin hasn’t even thought about selling them. I, on the other hand….am tempted. Shhhhh….

Of course, in a naturally celebratory style, we’re throwing a massive party/tailgate before the game. And by massive, I mean, us and one other couple. But! There will be grilling. Games. Music. Drinks. And loads of nervous excitement.

I haven’t completely decided what the menu will entail, but one things for sure…These skinny barbecue bacon chicken sliders will absolutely be a part of it. 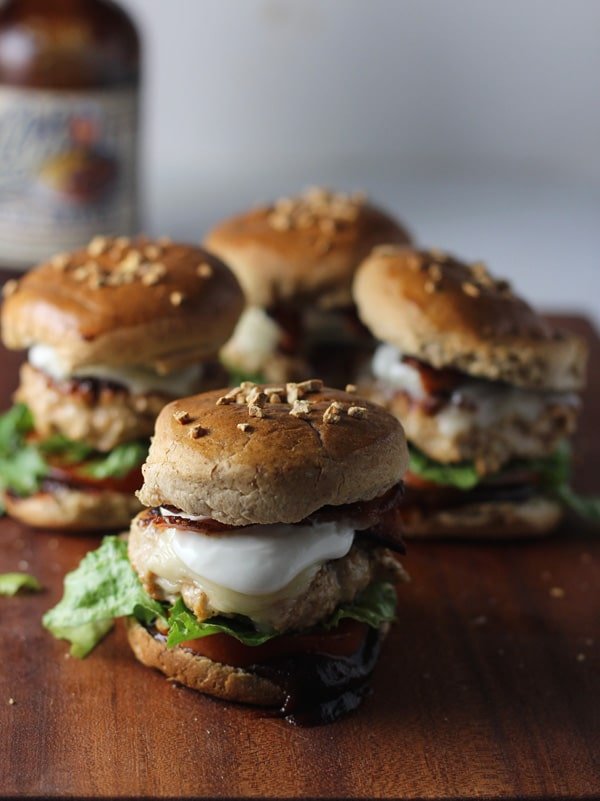 As quite a few of my recipes are, this is a replication of my new favorite burger I had on my girls trip last weekend. A burger I absolutely destroyed…Piled high with an all-beef patty, melted swiss cheese, and then smothered in barbecue sauce and sour cream – a slightly odd, but perfect combination when a few beers deep. As if they couldn’t be decadent enough, I went ahead and added bacon…no regrets.

Of course, here, I lightened them up significantly by switching out the ground beef for ground chicken. Bacon for low-fat bacon. Sour cream for Greek yogurt. And an egg bun for a whole-wheat bun. The cheese was left alone.

Now, if you make these, and I really hope you do, will you please do it on Sunday, while cheering on my Royals?? Thankyouverymuch! 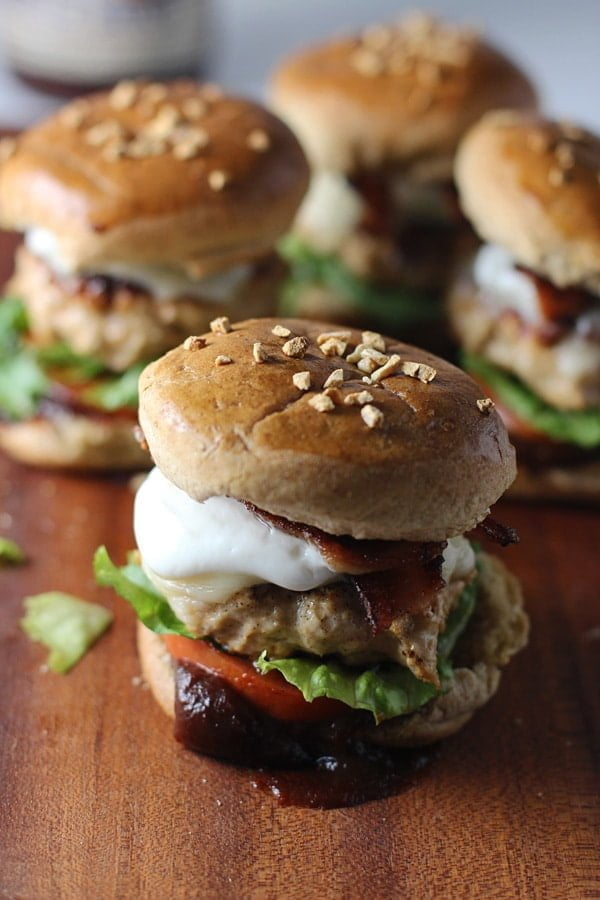