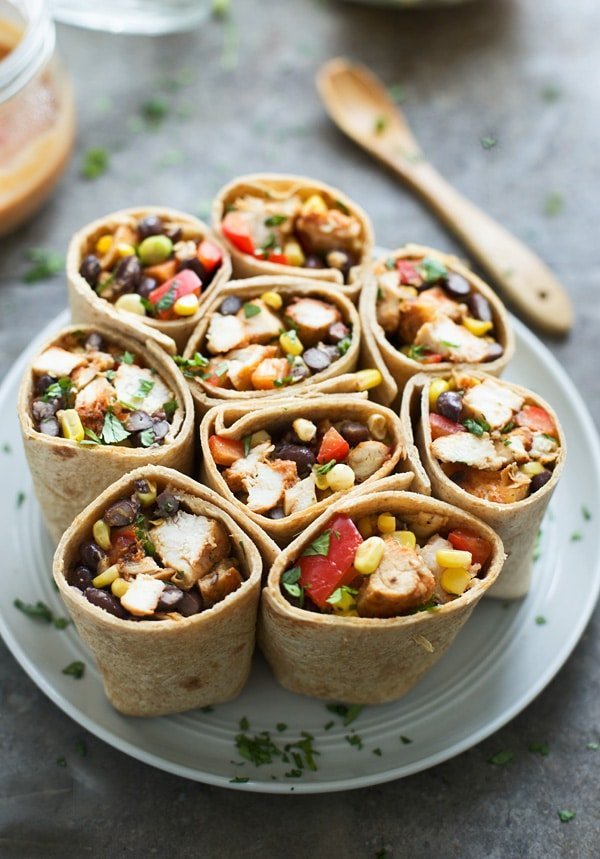 My child has officially entered in to the picky eating stage, much to my dismay. I promised I’d never be one of those moms who promise their child will or won’t do certain things. However, starting at about ten months, my child was a rock star eater, and I found myself feeling exceedingly proud I had introduced him to a variety of spices, flavors and textures at such a young age. I started to silently vow he’d continue this pattern well in to his toddler years, and maybe by the time he was five or six, he’d even surpass my adventurous eating habits.

While Teddy still eats considerably better than some one and half year olds I witness, he has a sudden distaste to meat –all meat. I won’t even attempt to get him to touch steak, ground beef or pork, but on occasion I can get him to eat salmon or tilapia if it’s covered in some sort of flavorful sauce, which is a victory I guess. Perhaps the most difficult meat for me to accept he doesn’t like anymore is chicken, since it’s the protein I cook with the most. He hasn’t touched it in weeks, but luckily I think I found the way to trick him in to adoring it again, and it’s with these Barbecue Chicken Ranch Wraps. 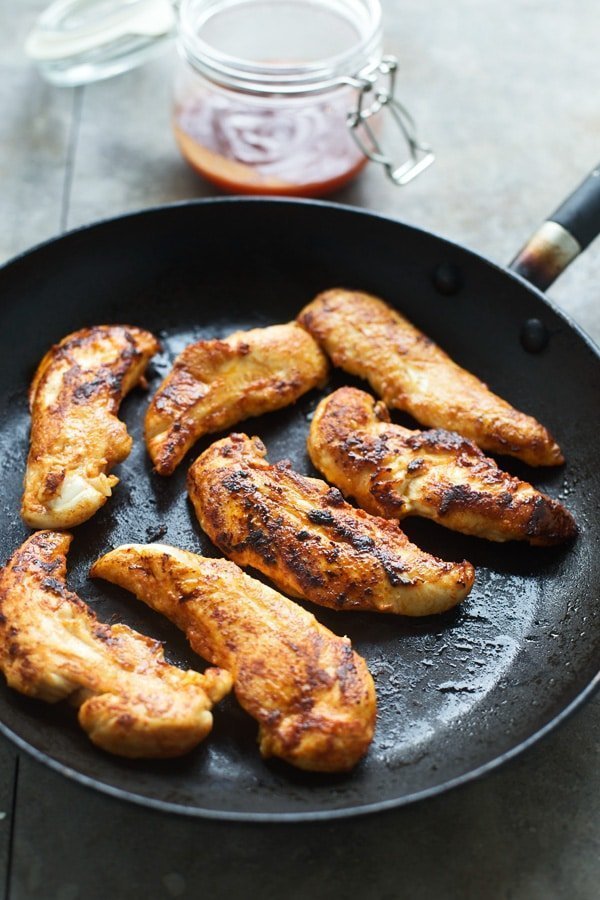 First off, I’ve never been one to gravitate towards a barbecue chicken salad, or really, barbecue in general. I’ve never dipped my fries in barbecue sauce, or felt the need to slather it copiously on grilled chicken, but lately, I’ve sort of had this infatuation with it. It started when I randomly when to went to go pick up a prepared salad, and instead of grabbing my usual Brussels sprout, kale and parmesan mix, I picked up a southwestern variation with barbecue ranch as the dressing – I’ve been hooked ever since.

I could have continued my store-bought endeavors, but I wanted a salad that wasn’t just a side and honestly, every time I pick up a pre-packaged salad, I silently cringe inside. Kevin doesn’t typically do salads as entrees, so I skipped the lettuce, packed everything in a whole-wheat tortilla and called it a wrap. 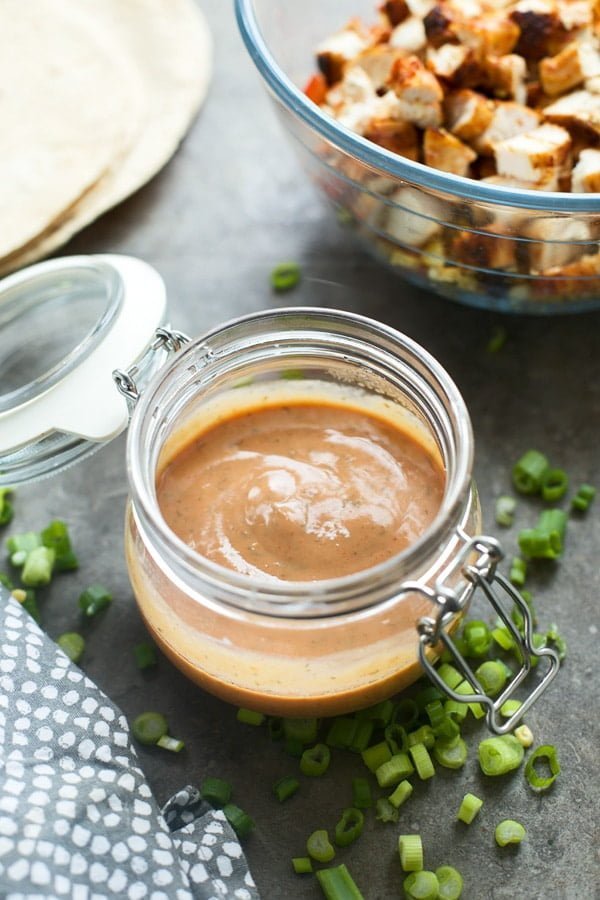 Basically, you make an easy barbecue sauce from scratch (packed with ingredients that are most likely lurking within your pantry or fridge already), mix it with a few of the ingredients to make a killer ranch dressing and then toss it with all your favorite barbecue chicken salad ingredients. For me, this means plenty of sweet corn kernels, black beans, chopped green onion and diced red pepper.

You could definitely use store-bought rotisserie chicken, but I’m all about maximum flavor, so I took a few of the spices from the barbecue sauce – garlic powder, onion powder, paprika and salt – sprinkled it on a few chicken tenders and quickly cooked them up in a bit of olive oil before chopping it into bite-sized pieces and adding it to the mix. 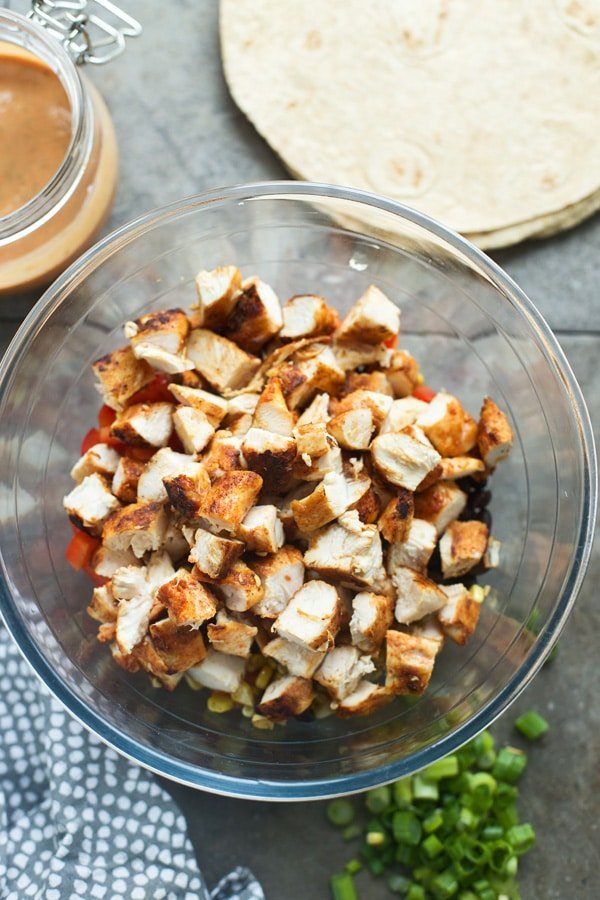 The first time I made these, I left them cold, but when I served them for dinner, before tightly wrapping them up, I covered them in a handful of shredded cheddar cheese and basically grilled them on the stovetop for a cheesy, almost hot pocket-like version, which was obviously our favorite way to eat it.

Either way, cold or hot, this got our little guy eating chicken again, and so now it’s in constant rotation. Hopefully it will be in yours as well… For more wrap ideas, check out these posts: