If I had to choose one dessert to eat for the rest of summer, hands down, it would be these Blueberry Peach Cheesecake Crumble Bars. 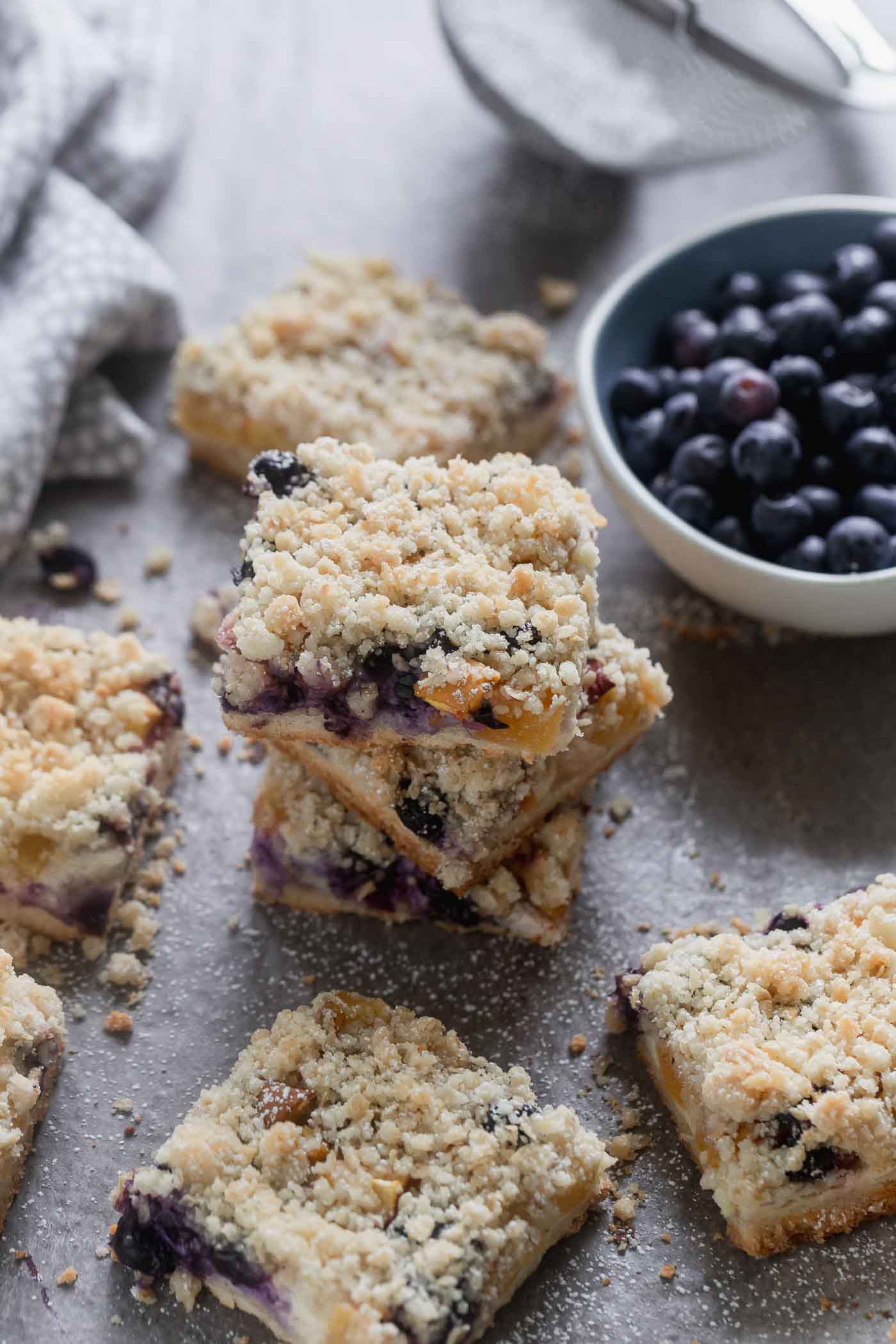 At first glance these guys look like a typical berry bar, but if you look a little closer, you’ll see an irrisitble salted shortbread crust covered with a luscious cheesecake filling, a layer of sweet-as-candy peaches and blueberries, and finally, a sweet and salty crumble topping.

Clearly, the more sweets I can cram into one tiny little vessel, the better, since these basically consist of three desserts in one pretty package.

It’s the ultimate trifecta of dessert, and I’m beyond in love.

Like can’t stop eating them, even though I’m on a diet, in love. 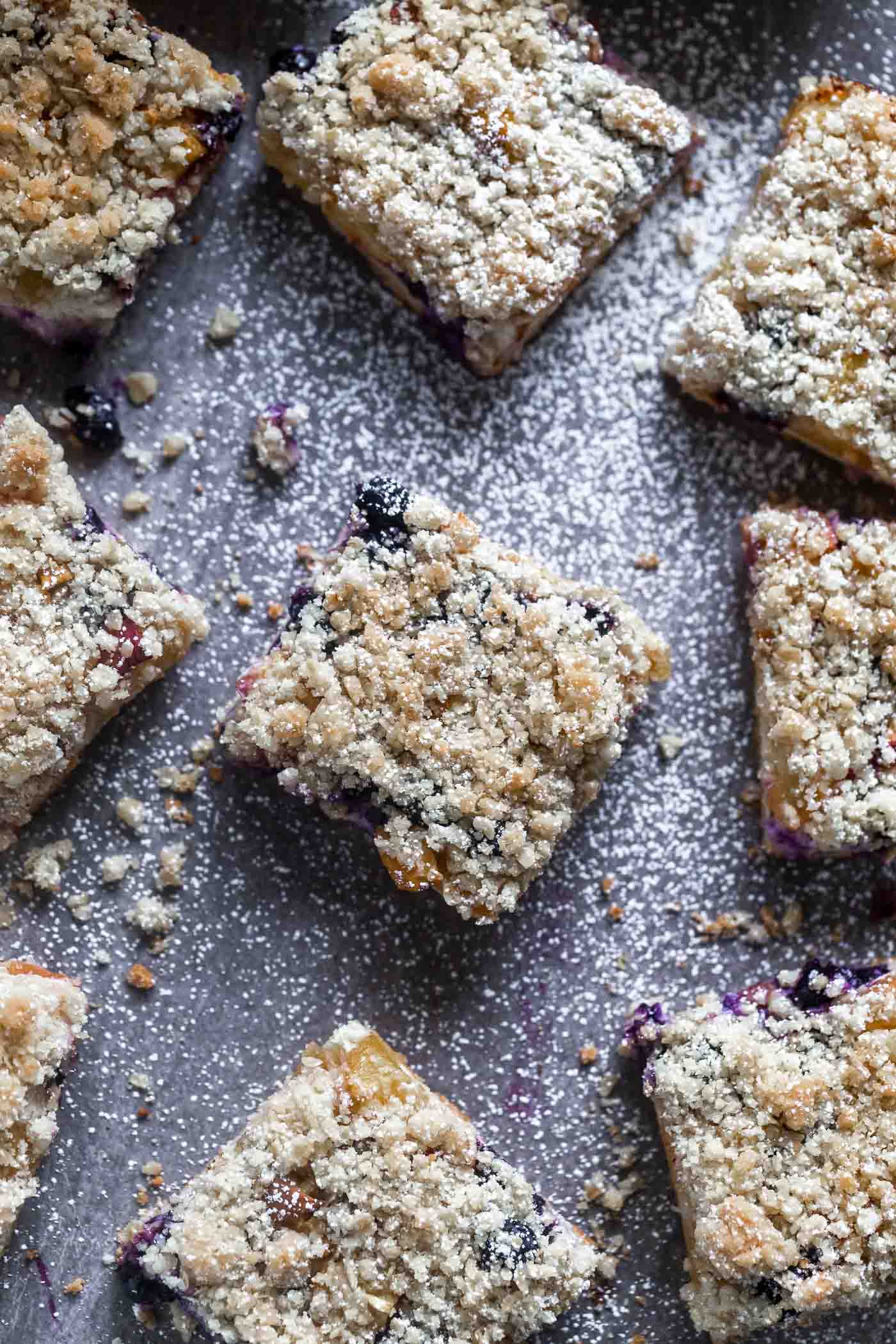 These started out as something simple enough – a peach and blueberry crisp.

Buut like many of the desserts I share, what once started out as simple morphed into something a little bit more…complicated. So let me apologize in advance before you find out this isn’t exactly something you can whip up in just a few minutes. But the good news is, you’ll only dirty up one mixing bowl and one pan, and I see that as a victory.

Since there are so many layers, I tried to keep each component as simple possible, which meant a minimal ingredient list. The result is a reappearance of several ingredients in each of the layers, making the baking process feel simple even though there are four different layers compose.

The fourth layer: A super easy crumble topping using all of the ingredients we used in the shortbread crust, plus a little bit of quick-cooking oats for some extra texture and nuttiness. 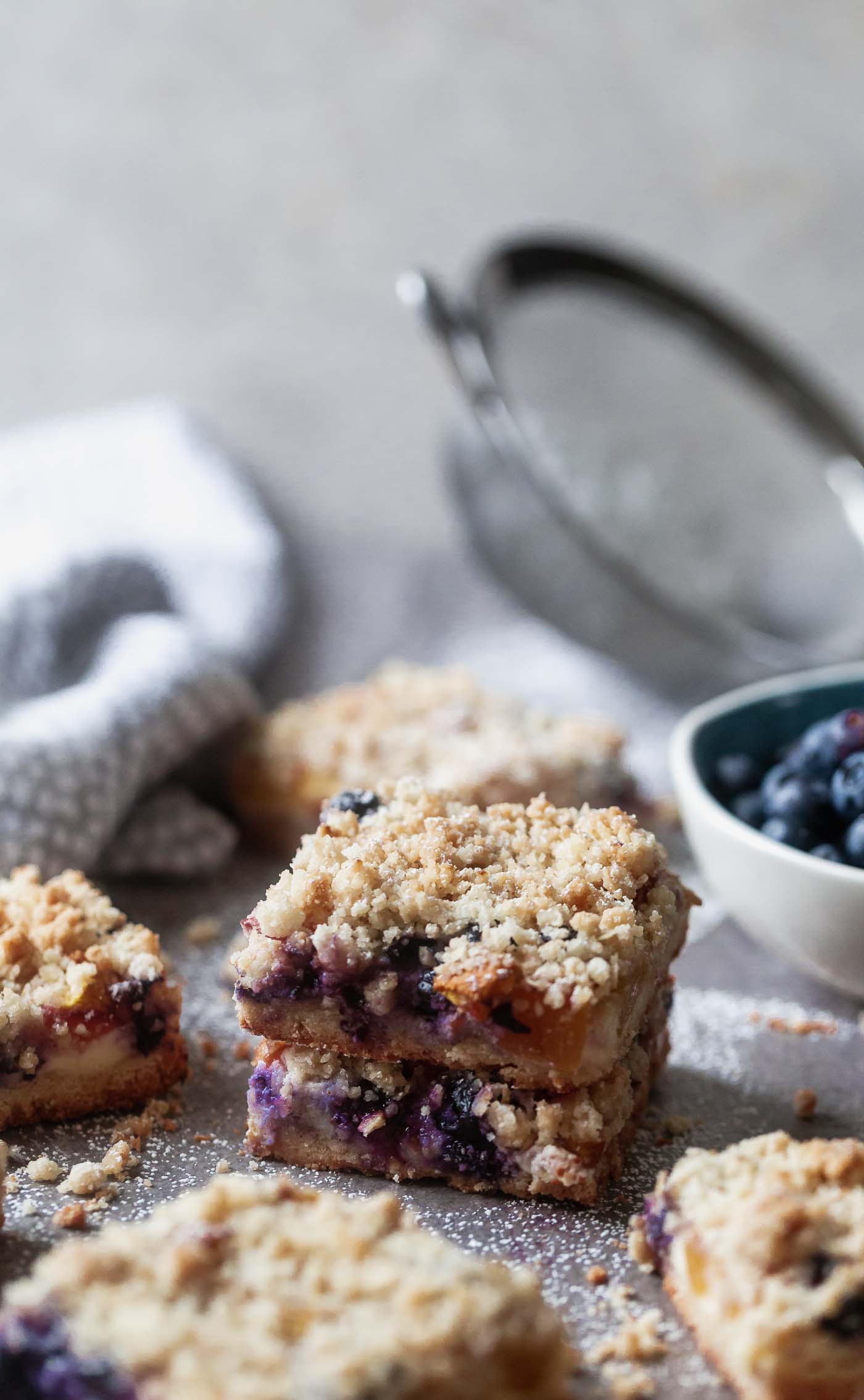 Four layers of heaven, and my new favorite way to nosh on summer peaches and blueberries.