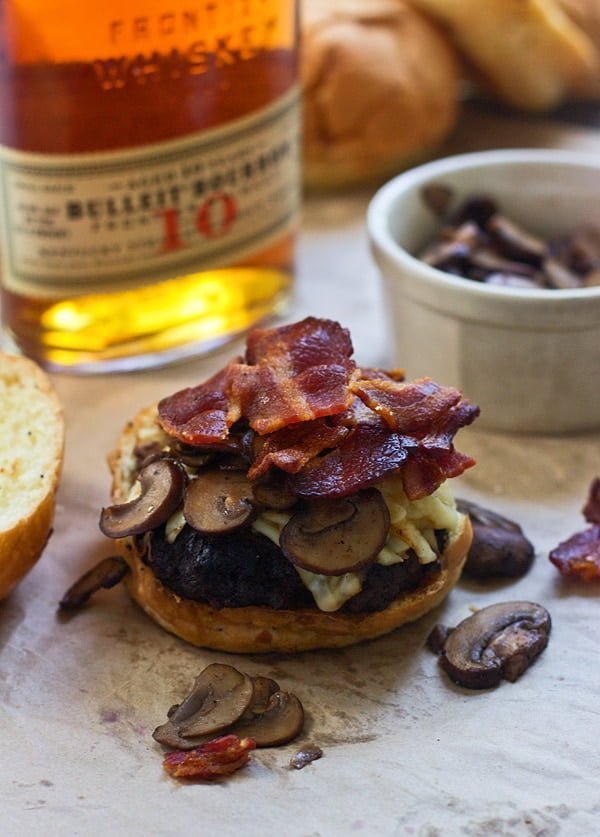 I’m a sucker for a party, especially when it’s to celebrate the arrival of a sweet baby — a baby boy to be specific! David of Spiced Blog and his wife Laura are expecting their baby boy very soon, and what better way to celebrate than with food?!

I’ve only recently been introduced to David’s blog, and since I have, I literally can’t get enough. His approachable, delicious and gorgeous food gets me every time, so I’m honored to celebrate him and his soon-to-be little one today. 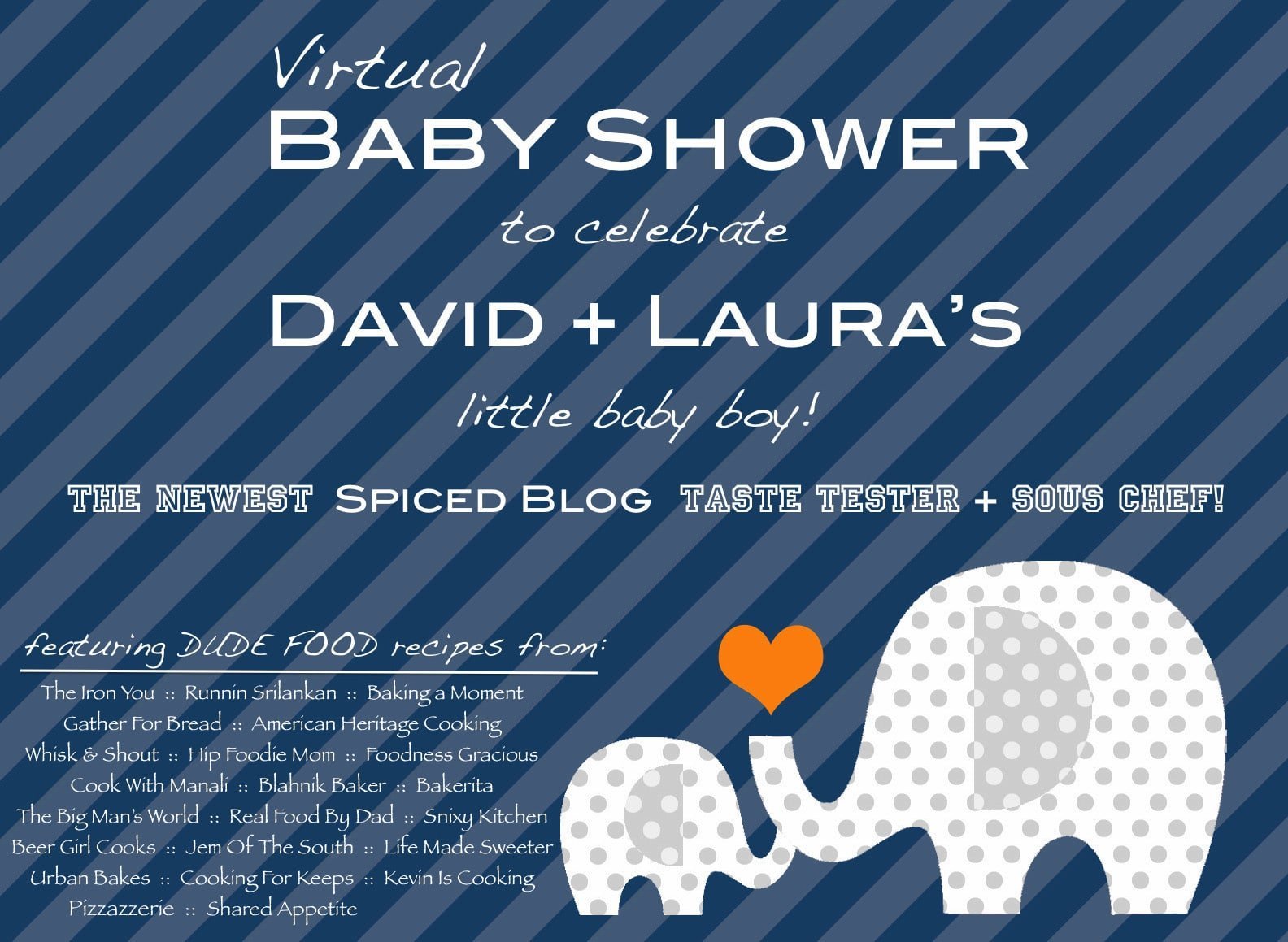 Since baby showers aren’t typically the most manly events on the planet, we’ve all come out with our most manly and hearty dishes to share, and of course when I think “manly,” my mind automatically gravitates towards a burger.

This particular burger is a sort of fancier take on a classic mushroom swiss burger piled high with bourbon-laced mushrooms, nutty gruyere cheese and copious layers of super crispy bacon. 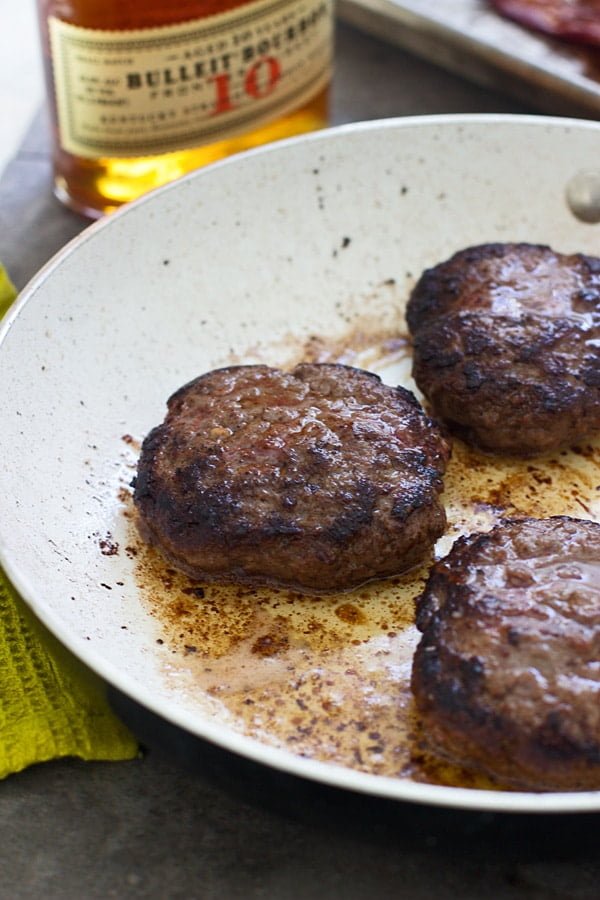 Except I left out the most important piece of the puzzle — the burger itself. Now, just because grilling season is quickly fleeting, and in some states, already gone completely, that doesn’t mean burgers are something of the past and only to be remembered come May when the last snow has fallen.

While summertime has us throwing our patties on a a gas or charcoal grill, the cold temperatures allow a different, equally delicious cooking option – searing. Typically I’ll just cook my patties up in a cast iron skillet without any oil, but I used a lean cut of beef in this case so I could cook the burgers up in brown butter…which as we all know by now, makes everything better. 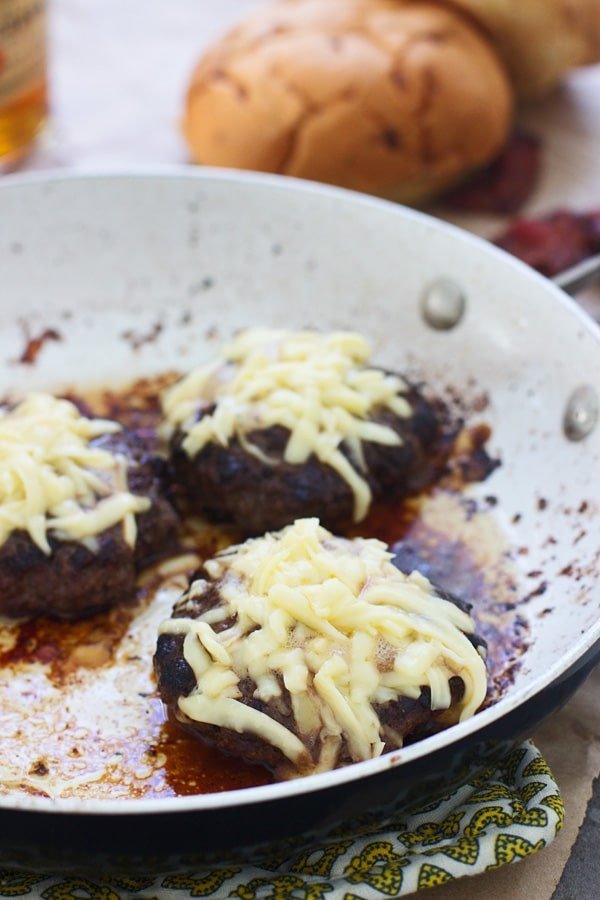 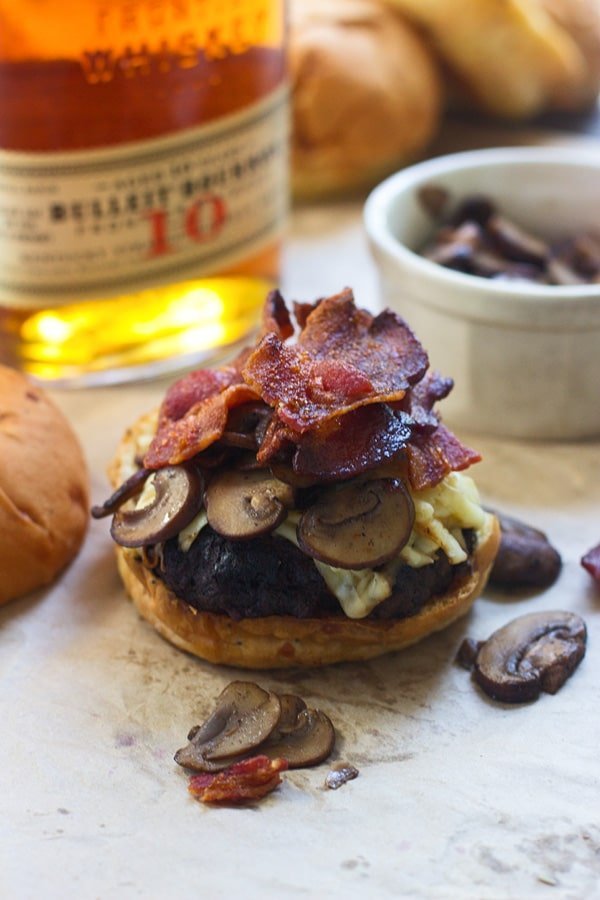 Be sure to check out all the other recipes made by some awesome food bloggers!!

Cinnamon Churros by Cooking With Manali

Ham Potato and Corn Chowder by Gather For Bread

Wolfpack-Style Meatballs by The Iron You

Pecan Praline Popcorn by Jem Of The South

No Bake Pumpkin Cheesecake Pecan Tarts by Kevin Is Cooking

Something Amazing by Real Food By Dad