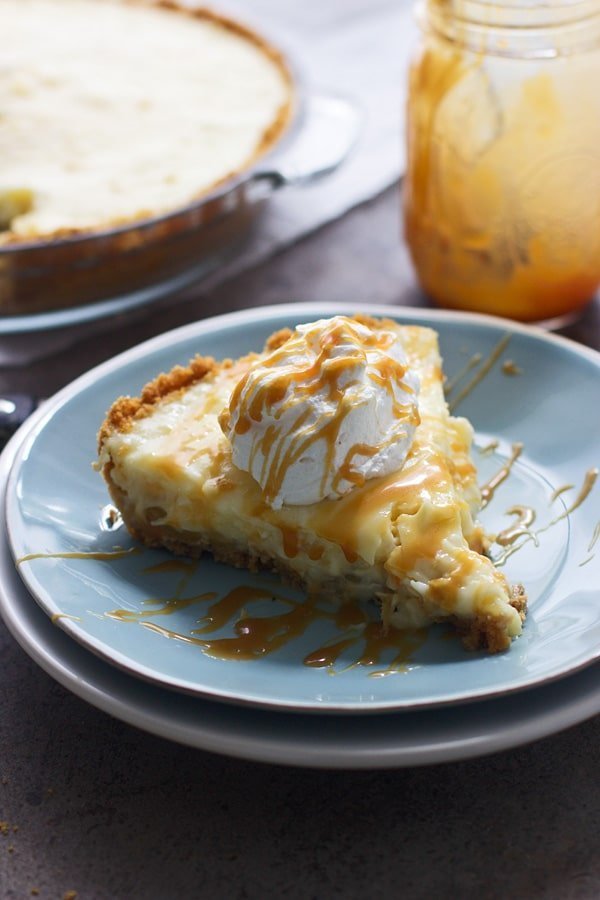 When it comes to desserts, there’s nothing in this world I love more than a coconut cream pie. Even in the days when dessert was just an afterthought, at most, coconut cream pie was still something I couldn’t resist. I had always been hesitant to make my own because my very favorite version from a local restaurant, was so good, I was afraid mine wouldn’t come even close, and really, what’s the point of making something almost as good, when you can just hop in the car and go get perfection in a mere five minutes? So! Instead of making traditional coconut cream pies, I’ve settled on making variations of the classic, so I’m not quietly crying myself to sleep over my failures. 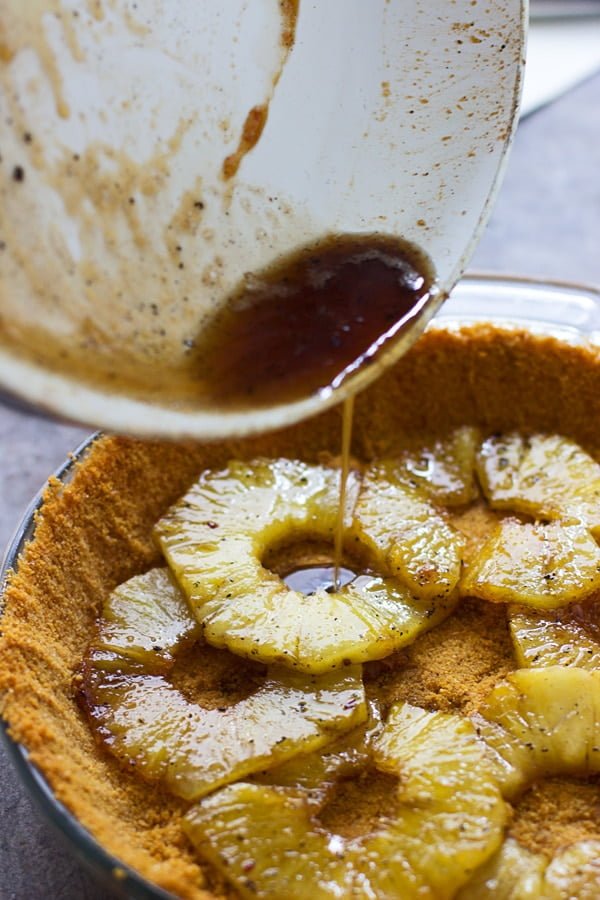 In the past, I’ve made a pumpkin version for fall (which people go CRAZY for), coconut cream pie in cupcake form, peanut butter coconut cream pie, and a white chocolate version – all delicious, and all so different from the traditional version that they can’t be compared.

Since summer is coming to an end sooner, rather than later, I deemed it necessary to come up with a version fit for the warmer months. I was brainstorming different flavors that would be perfect for summer, and despite the plethora of summer berries available now, the one I kept coming back to was a tropical version of sorts. Which I’m thinking is most likely due to the fact that I’ve been craving a tropical frozen drink something fierce lately.

This “tropical” coconut cream pie is sort of the pie version of a classic piña colada. The custard is made very similarly to the classic with eggs, half and half, vanilla, and coconut, but the addition of coconut milk and crushed pineapple emulate that distinct piña colada taste, which I adore. 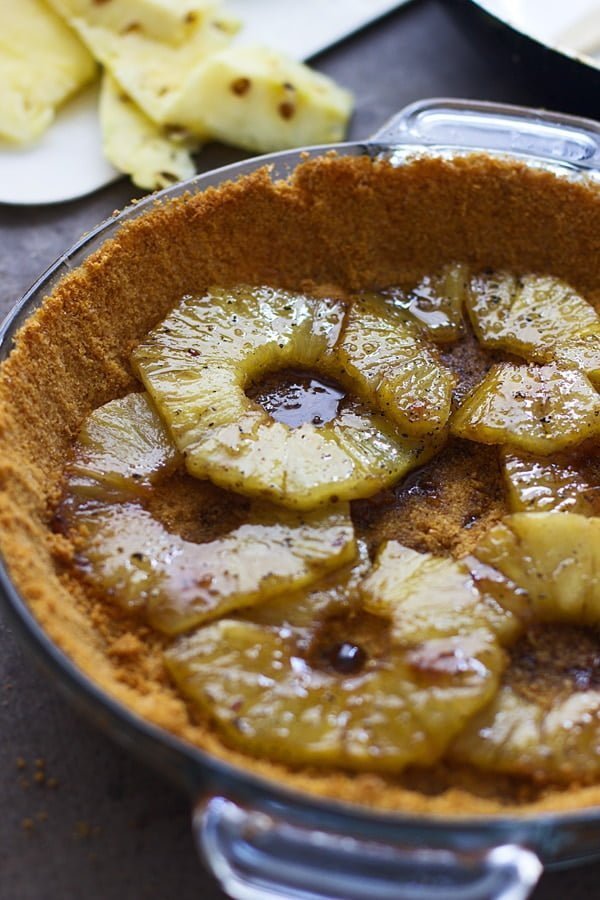 In between the custard and a traditional graham cracker crust is a layer of CARAMELIZED BROWN BUTTER PINEAPPLE, which not only makes the pie, but is pretty much the only way I can eat pineapple from now on. I know it sounds like an added, super annoying step, but all you have to do is brown the butter, add brown sugar, let the pineapple caramelize. Done.

If you’re being a super overachiever, you can whip up your own whipped cream, and make your own caramel sauce to drizzle over the finished product, or, you can buy Cool Whip (like I did), and use a premade caramel sauce (I did not). I’m going to link up to a whipped cream recipe and a salted caramel recipe below in case you’re interested in either of the aforementioned.

We’ve been nose-deep in this every.single.night this week. It’s 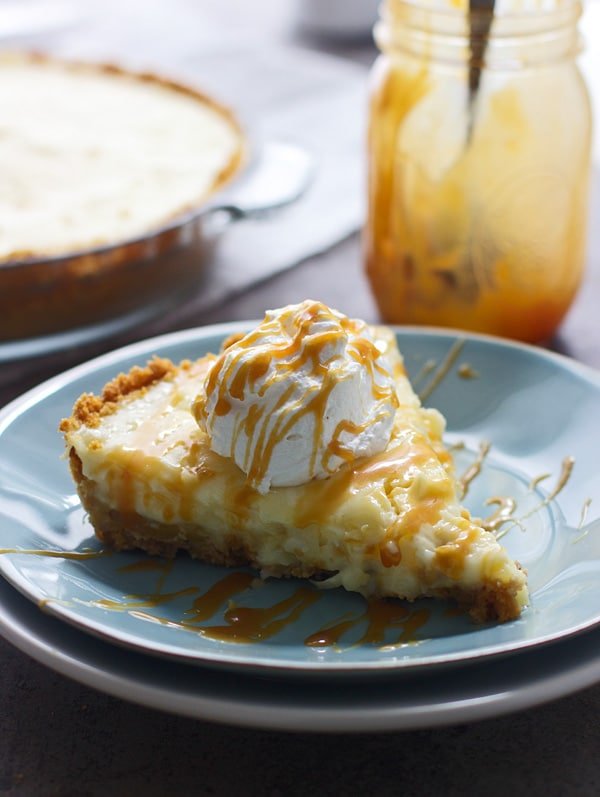