Today is a day when the saying, “anything in moderation!” I love to preach, flies out the window. 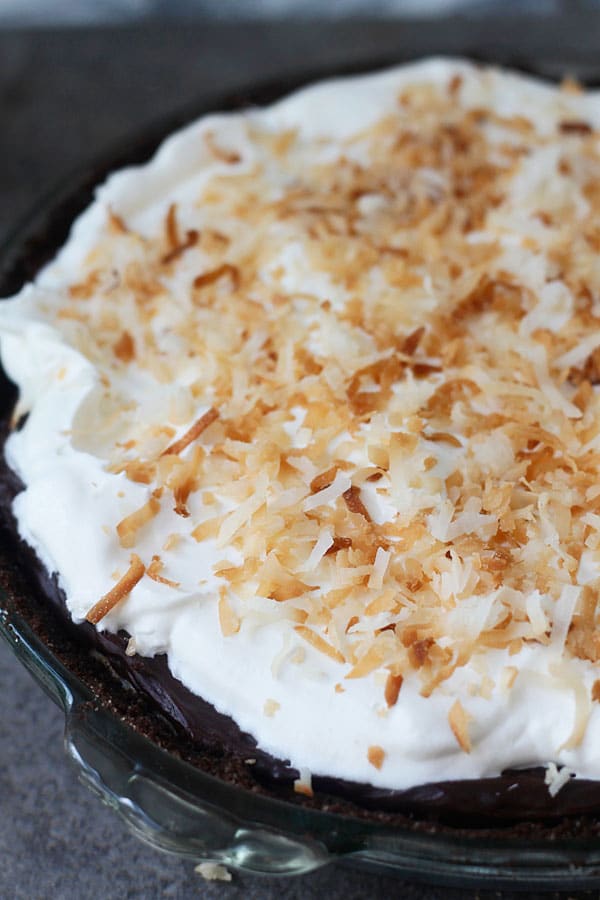 It flies out the window because I’m still sick and still feeling completely sorry for myself. Like I said the other day, I’m not the kind of person who gets sick, never eats, and consequently loses five pounds in the process. I like to stuff myself with anything and everything I would feel guilty about eating normally and I want to lay in front of the TV while doing so.

And because I really need to paint you a picture of just how horribly I’ve been eating, let me fill you in on the shameful day of food I had yesterday..

Wowza. I didn’t even seek all this food out (except for the ramen and the pie), it all came to me, just plopped right down in my lap begging to be eaten. I swear! 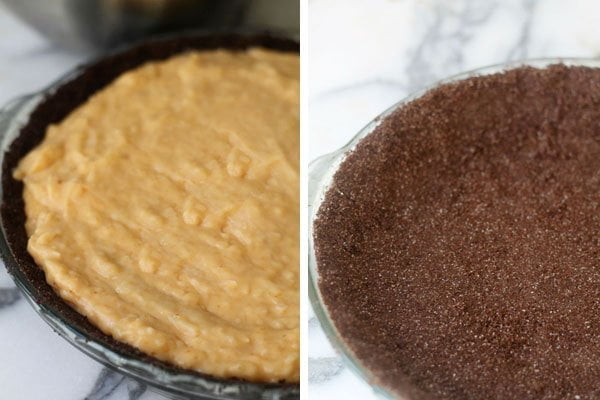 Now, instead of me complaining and boring you with my daily food intake a little bit more, we should probably talk about the pie that’s staring you in the face. And I know I said I was steering away from pumpkins last week, but I lied. In my defense, this isn’t an in-your-face pumpkin pie, it’s mostly coconut and chocolate with just a subtle hint of pumpkin in each bite, which doesn’t techinically make me a fibber — or does it?? 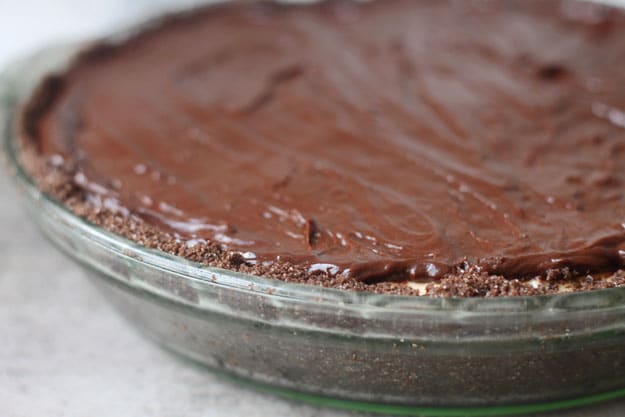 I don’t know if I’ve mentioned this before, but I looooove coconut cream pie. It’s my favorite pie of all time, but I only have it a couple times a year because I could never ever make a coconut cream pie like Tippins does, and they make it with lots-o fat.(Have you heard of Tippins? It’s an out-of-business restaurant that sold their secret pie recipes to grocery stores all across the Midwest.) Since I was basically starving myself all summer long, I never got a chance to have any, so I decided if I made it a non coconut cream pie, I couldn’t disappoint myself if it didn’t turn out anything like the original. 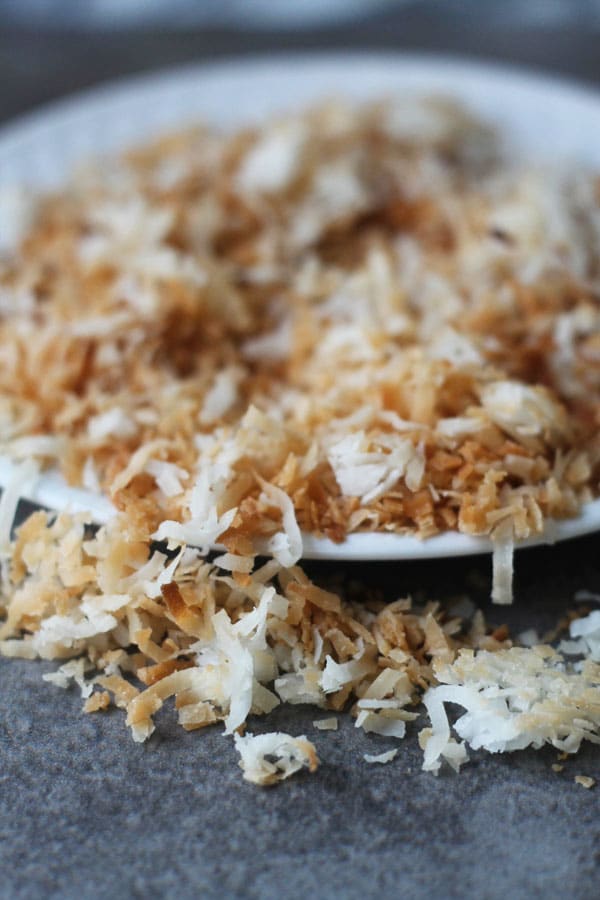 Guys, I even surprised myself with this one — it’s so unbelievably delicious. Coconut-y with just a hint of pumpkin and LOADED with chocolate. First, there’s chocolate in the form of a chocolate graham cracker crust, which is actually the only baking required in the whole pie. Second, there’s chocoalte in the form of a super luscious chocolate ganache layer. In between everything is a simple and ridiculously decadent pumpkin coconut cream filling — and yes I used real cream, but if you want to lighten it up a bit you could swap it out for some whole milk. 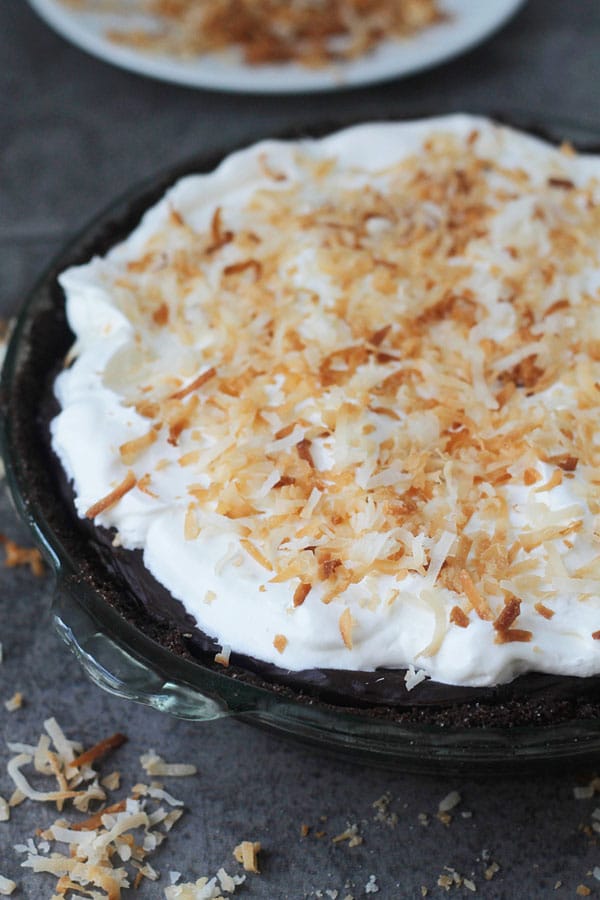 This is best after it’s chilled overnight, and only gets better the longer it sets, but if you can’t hold yourself back, a few hours in the fridge should be enough time to get a semi-piece out in one swift try. If it doesn’t, don’t blame me!! 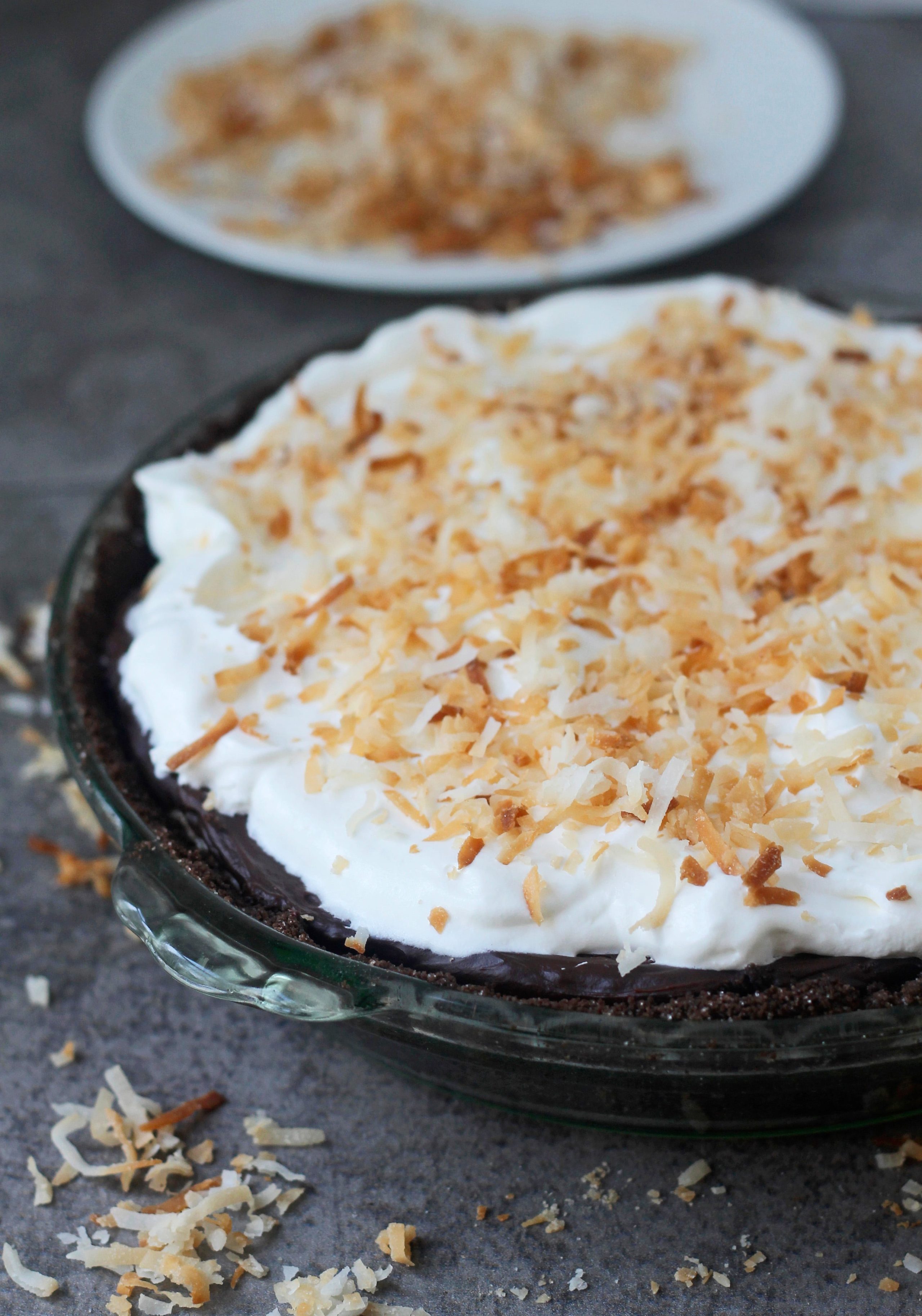 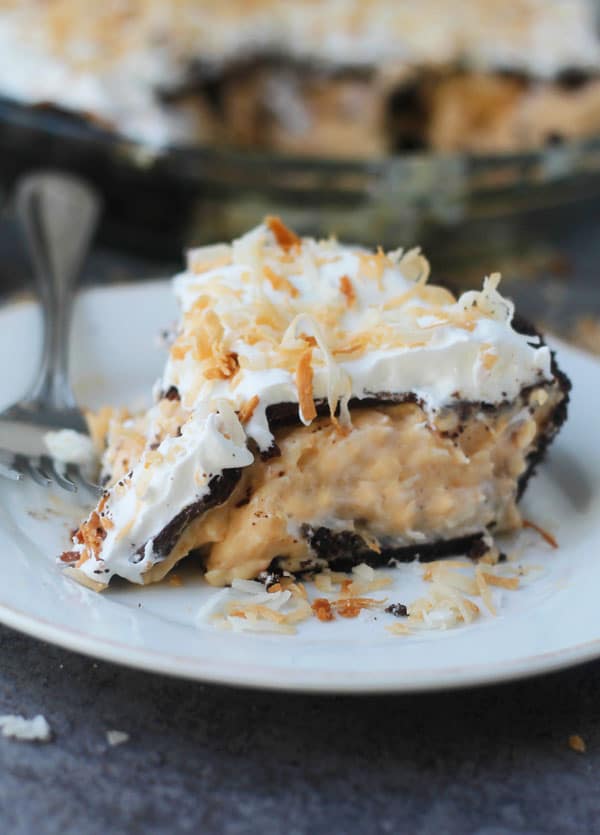 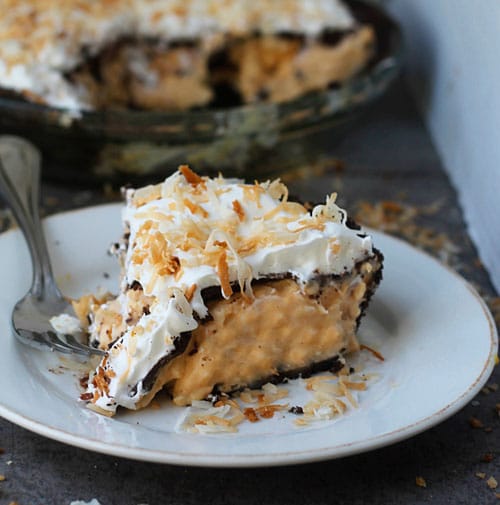