This Cherry Tomato and Feta Baked Shrimp is such an easy, delicious meal! Sweet shrimp are roasted alongside plump cherry tomatoes, lots of garlic, and lemon juice. They’re topped with a feta and breadcrumb mixture, baked and then served with crisp crostini or pasta.

For more easy summer recipes like this, check out this 5-Ingredient Garlicky Shrimp Pasta, these  Blackened Cilantro Lime Chicken Burgers, and this Creamy Lemon Salmon with Asparagus and Tomatoes. 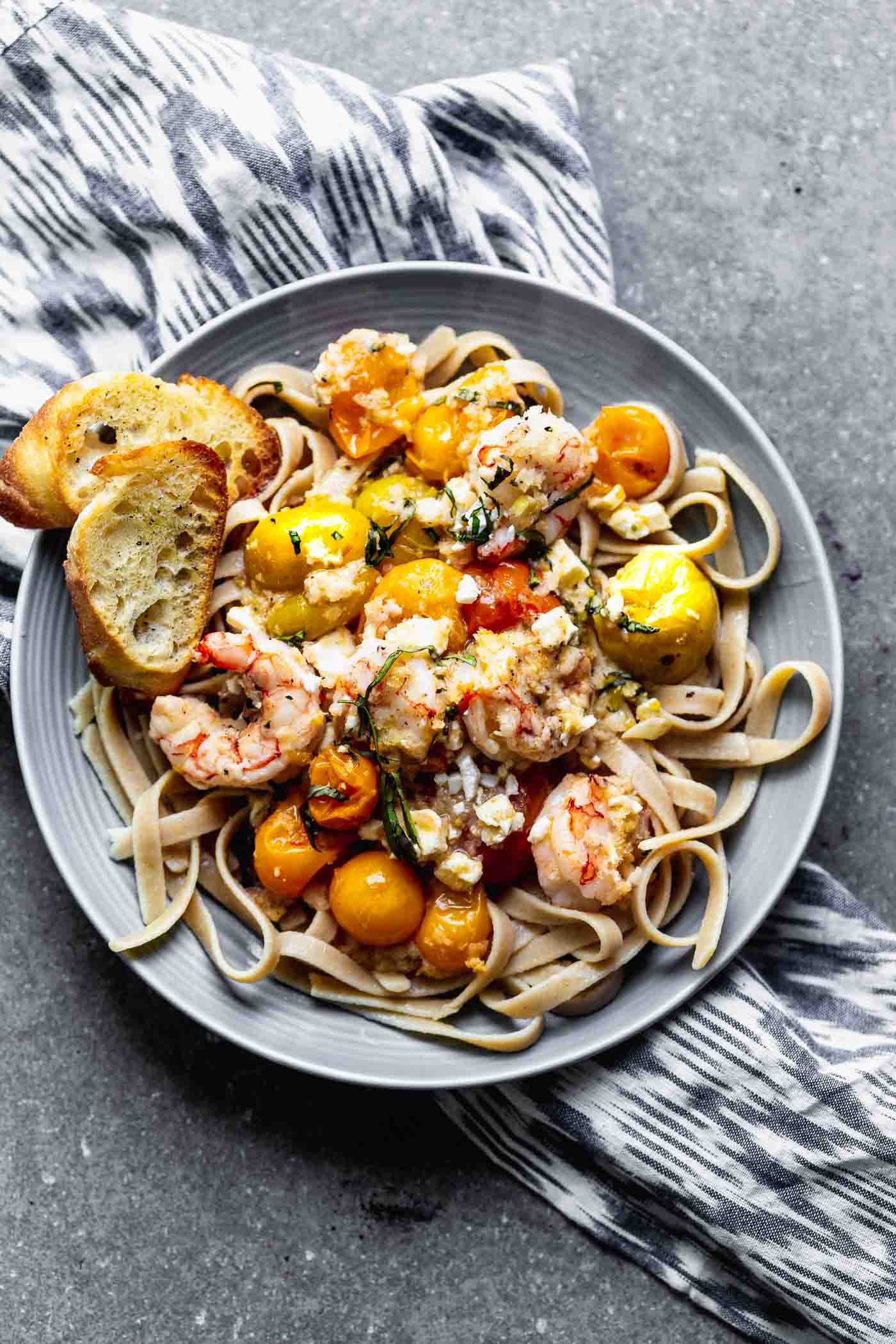 Just when I thought I couldn’t possibly create a shrimp recipe more than I love these Easy Maple Soy Shrimp, Cherry Tomato and Feta Baked Shrimp happened, and all my steadfast love immediately split down the middle between the two.

The two recipes don’t resemble each other in the slightest, but they do both include that lobster-like shrimp from Trader Joe’s I’m mildly obsessed with. If you haven’t tried it yet, get on it!

Here’s what’s happening: Juicy tomatoes are roasted, then nestled alongside shrimp, tons of garlic, a splash of dry rosé and a little bit of lemon juice. All of the shrimp and tomatoes are covered in a salty breadcrumb and feta mixture, and baked until the shrimp are cooked and the breadcrumbs are toasty and brown.

The end result was even better than what I pictured in my head. The sauce is SO delicious with subtle notes of acid from the lemon juice and wine, sweetness from the shrimp and tomatoes, and of course, lots of garlicky flavor. Oh! And the salty feta?? A perfect finish.

I had to physically stop myself from inhaling the entire thing. 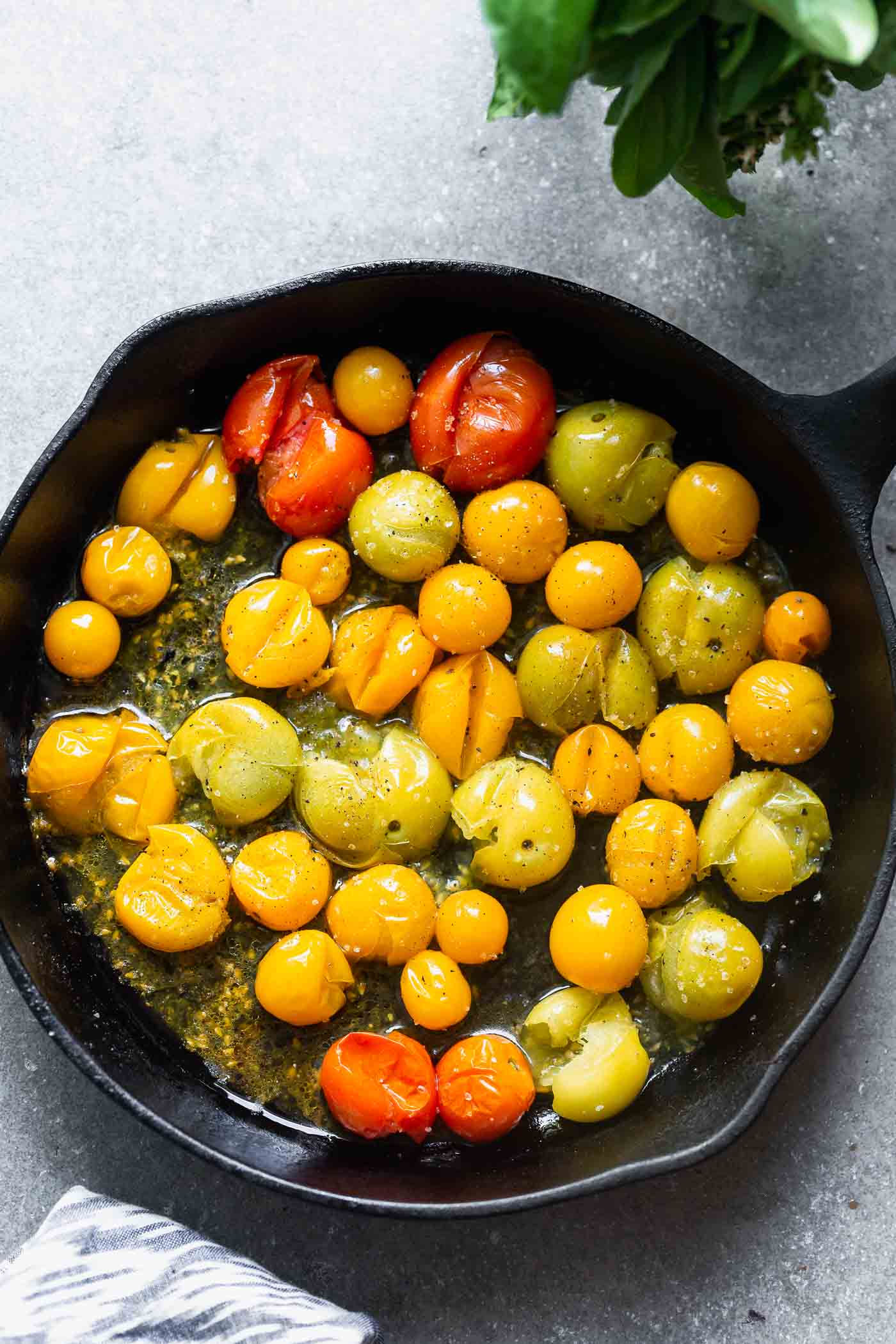 I like to serve the final product one of three ways.

While the maple soy shrimp are great any time of year, this recipe really utilizes a lot of summer’s bounty with heirloom cherry tomatoes, fresh basil from the garden, and everyone’s favorite drink of choice – rosé.

How to make Cherry Tomato and Feta Baked Shrimp 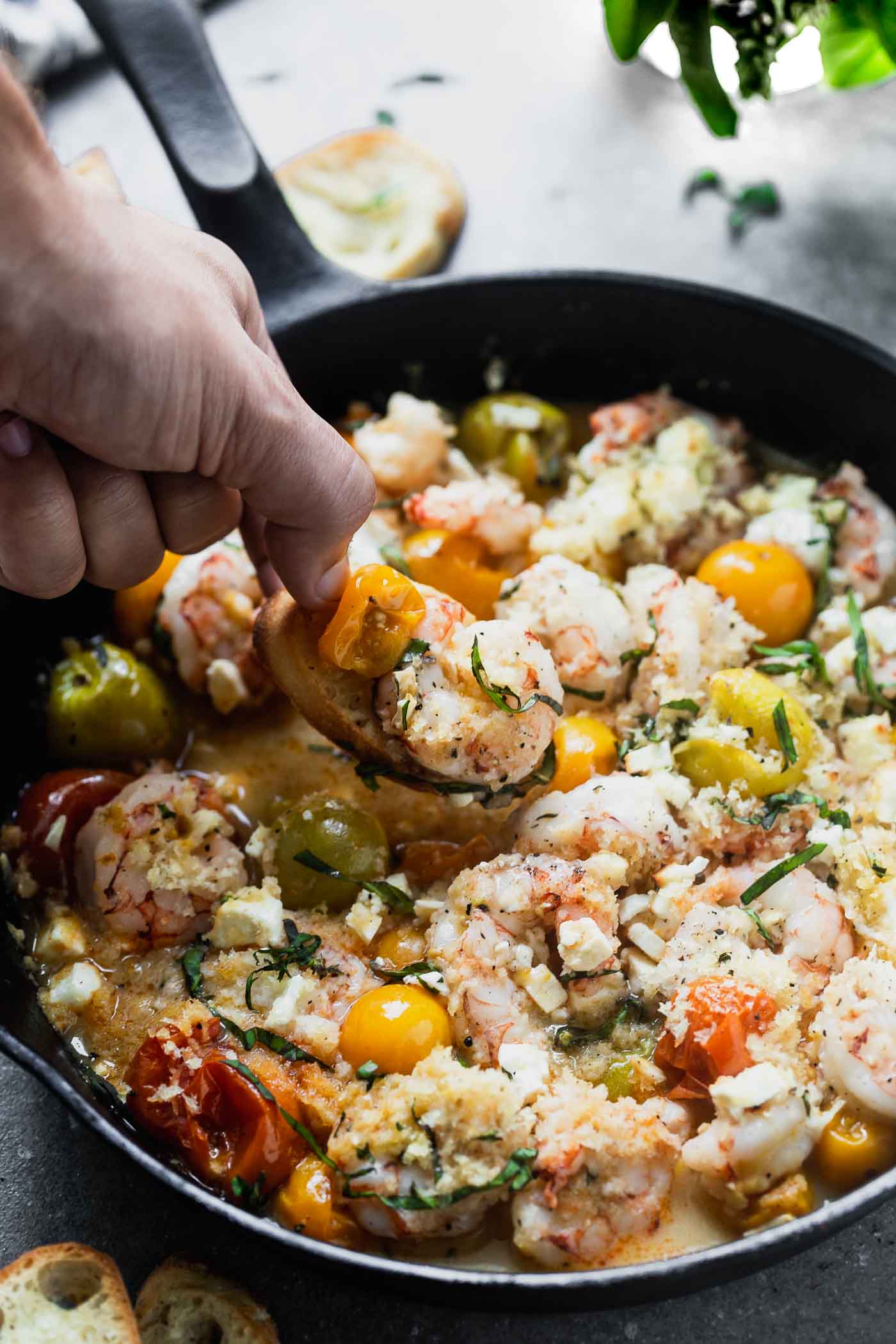 Can Cherry Tomato and Feta Baked Shrimp be made ahead of time?

Unfortunately, no. It’s best served right out of the oven, or at room temperature the same day.

How do you make your crostini?

Slice a baguette into 1/2-inch pieces. Brush with olive oil and sprinkle with salt and pepper. Place on a rimmed baking sheet and bake at 375 degrees for about 5-6 minutes or until golden brown and toasted. Sometimes I also like to run raw garlic on the hot crostini when they come out of the oven. 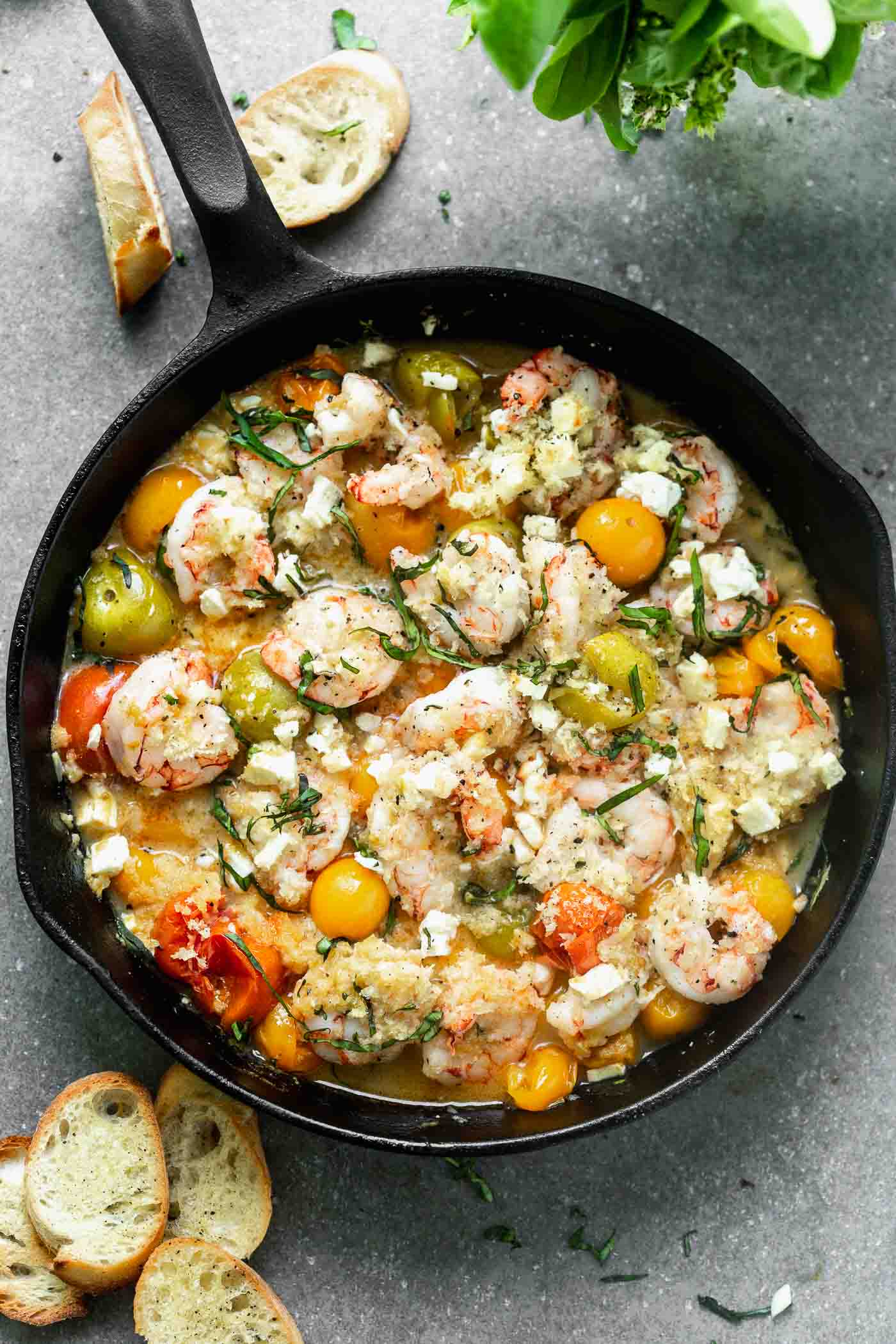